Ken at Aero Leather said:
Main difference is the Vicenza is Veg Tanned ,The Jerky is Chrome tanned
The crust is the best we can find
Click to expand...

The other difference is the Jerky looks like typical workwear grade,mixed grain, quick patina etc, the Vicenza oozes class and looks like it was tanned for a Hollywood star of the era

I dont know how i missed this thread !!
That 352nd Fg 487th Fs A2 is my holy grail of grails !!
Thankyou Greg for showing the pics !!
The patch is a worth a small fortune on its own !!
Dreamy just dreamy !!
Did you say if the original owner was still alive ?

Here is my WW2 Aero
I call it my "Jack Palance" 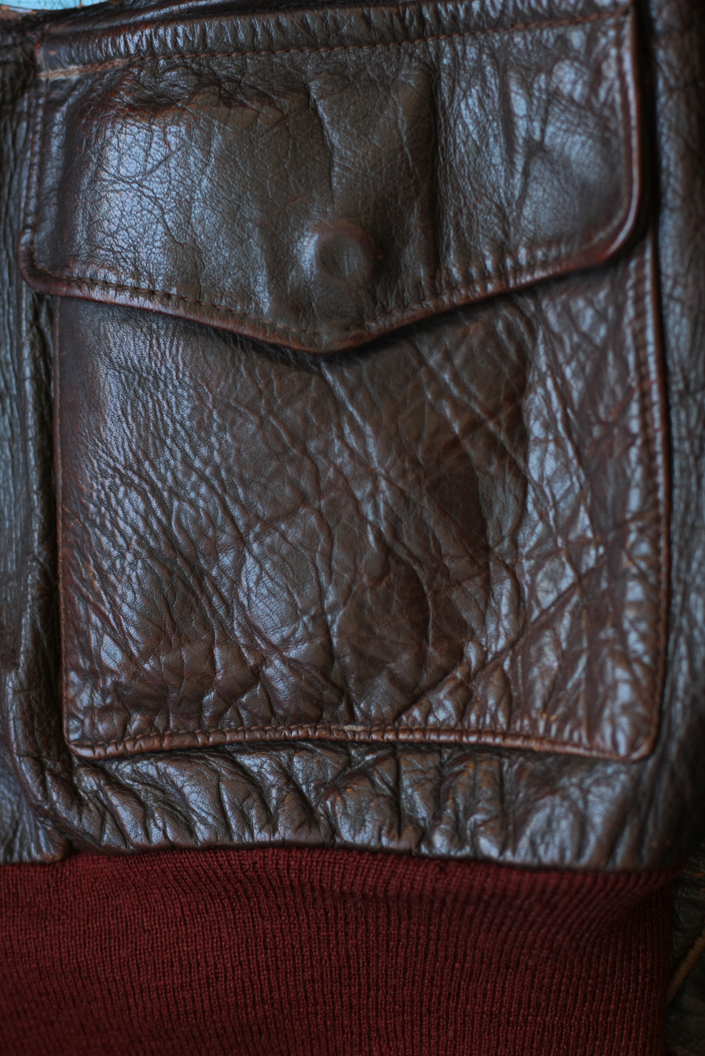 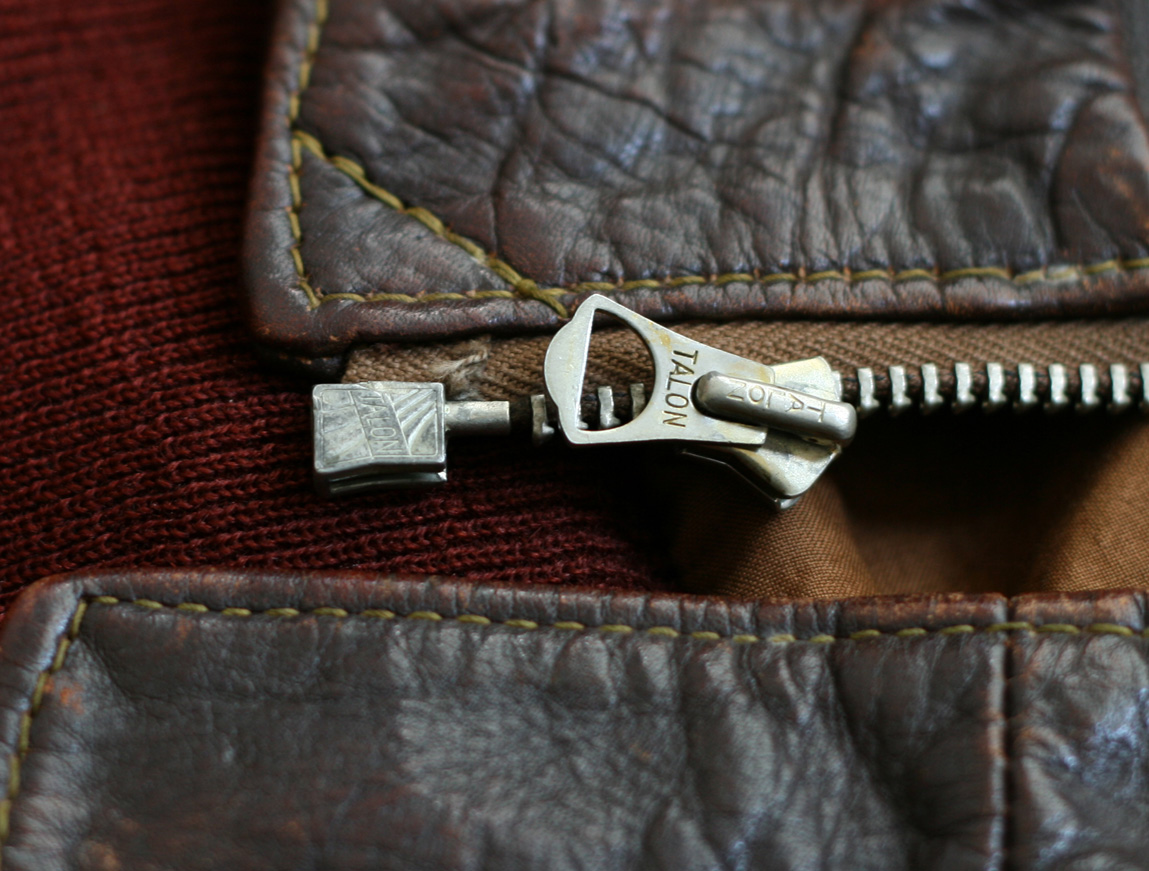 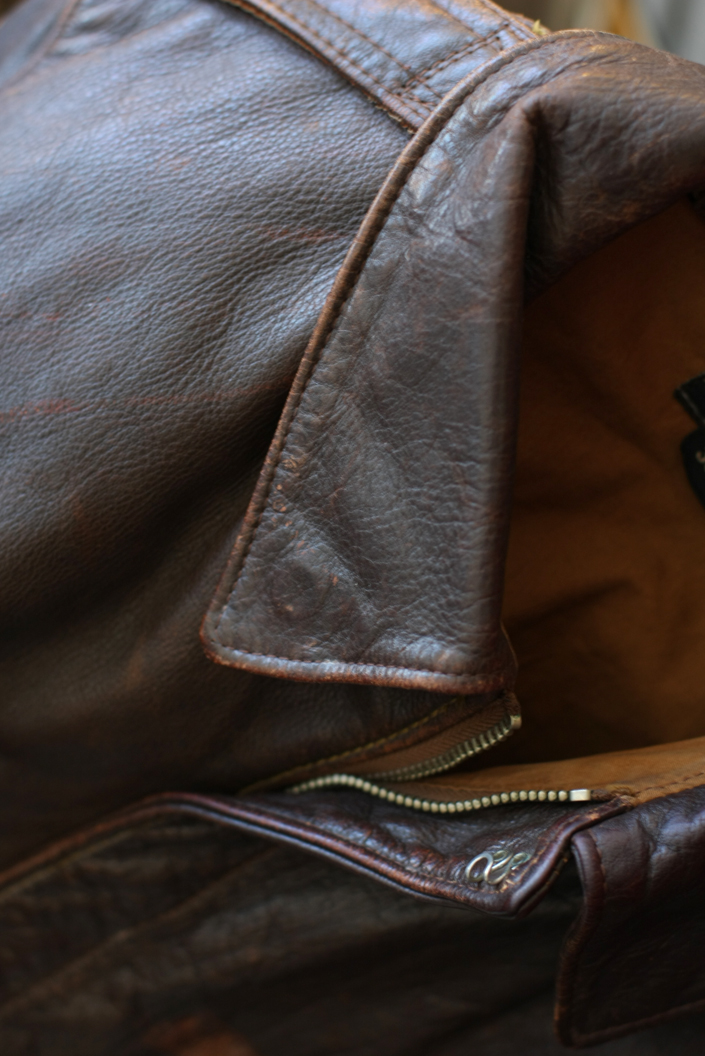 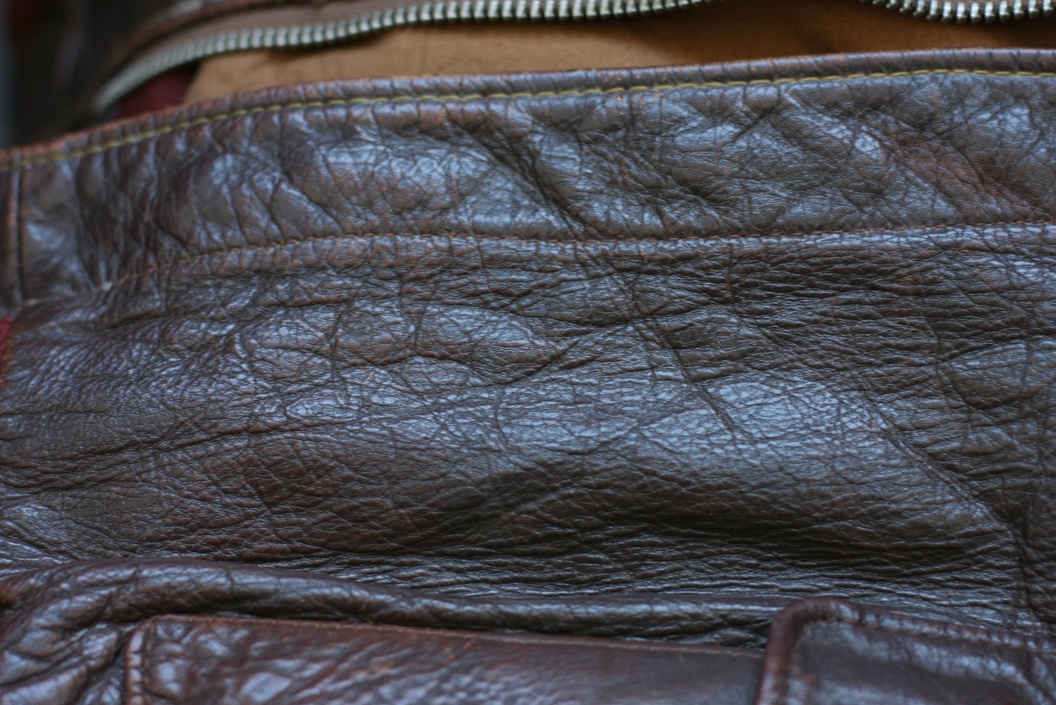 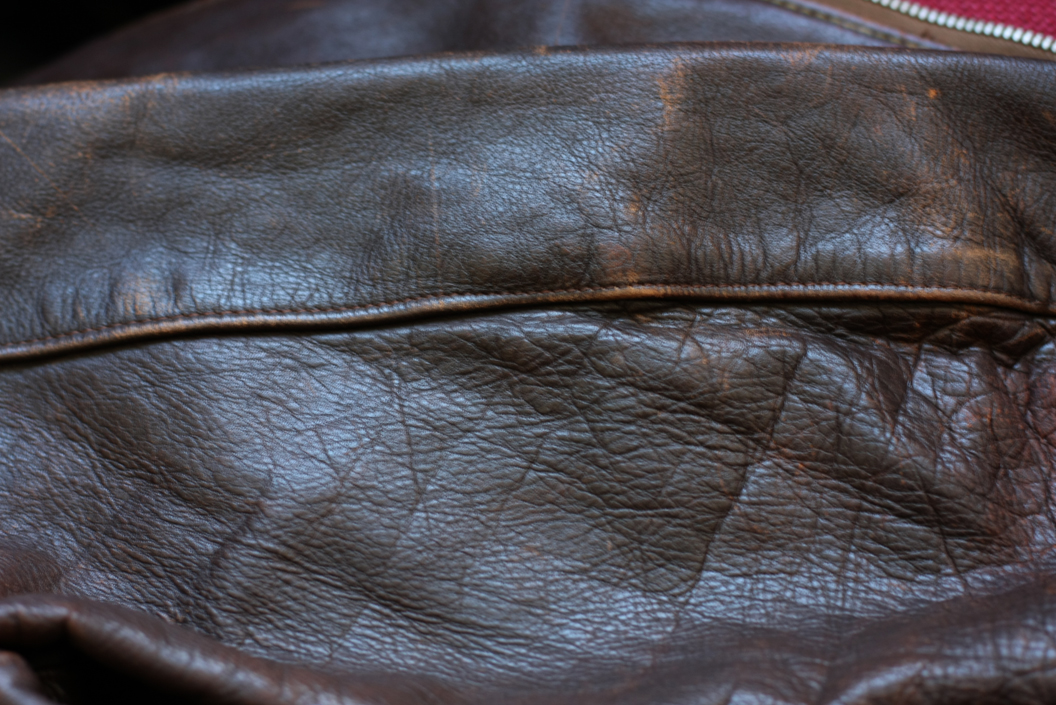 How about a picture of the entire jacket

B-Man2 said:
How about a picture of the entire jacket
Click to expand...

Aero is my favorite contract because of the leather color and knit combo.

Yeppers! Awesome jacket and a kick ass Fighter Group! The 352 FG My last WW2 painting that I had been working on was for my friend German Ace Horst Petzschler where he had just shot down an American B-17 over Magdeburg Germany, then was pounced by the 352nd pursuit squadron where upon he shot down a P-51 piloted by Captain Woody Anderson before Horst Petzschler's plane was crippled by Captain Anderson's wingman then parachuted to safety. The very week I was to take the painting up to Kansas and have Oberfeldwebel Petzschler sign off on it placing his signature on the painting, unfortunately his son Patrick informed me that his father had passed away. Bummer!

Fantastic post Greg, thanks for posting. Amazing to even see something like this. I wonder how many originals are sitting in someones closest, unseen by anyone else, but the family/ collector.

Does anyone think its cows hide? I think it looks great.

Beautiful jacket for sure, what price if it did come for sale do we reckon? I'll take a punt at hmm.....$5k?
S

gotta say that its a pleasure to read [for the most part] about,, and see Vintage Leather Jackets instead of the never ending yak yak about repros on the VLJ.

Techno
Pleeeeez post a shot of the whole jacket.
The parts look great but the entire jacket would look better

Greg,
Thanks for posting....Awesome jacket!

Silver Surfer said:
gotta say that its a pleasure to read [for the most part] about,, and see Vintage Leather Jackets instead of the never ending yak yak about repros on the VLJ.
Click to expand...

Vic, buy me a vintage A2 and I will yak yer ear off about it.

Thanks for the great photos!

Thank you for your interest and comments on my fathers A-2 jacket and thank you Mr. Gale for posting the photos. In answering some of the questions posed in the thread, yes the jacket has been conditioned as when my father passed away in 1984 the jacket had been hanging in his closet for years and had become somewhat stiff and dry. The name tag was misspelled as my Dads name is/was Francis Charles Reading. Way back in the late 80's I attended a "Fighters Symposium" in southern California with famous Luftwaffe pilots being the guest speakers, I wore the jacket (it fit me in the late 80's) and several Japanese collectors approached me and started a minor 'bidding war' in an attempt to buy the jacket. I believe the final offer was $2200 which was pretty good for the late 80's. I really would never have sold it then and won't sell it now as it means too much to me.
Lt. F.C. Reading trained on single seat fighters by was assigned to the 9th AF flying paratroopers in C-47's in Operation Dragoon.
He transferred (with the help of Karl Waldron) to the 8th AF and the 487th in the summer of 44. He sat out D-Day in a hospital in England with scarlet fever.
My father flew (Sexshunate) with the 487th in late 44-45 as Lt. Karl M. Waldron's (Goliath) wingman.
He participated in escort missions and target of opportunity strafing runs.
He was in Belgium at airbase Y-29 during Operation Bodenplatte although he wasn't flying.
Can't think of anything else that might be of interest to anyone here.

I would like to ask you folks if there is any way to value the jacket for insurance purposes?

The only way I could think of valuing it might be what members here might pay if it it was offered for sale, however, a real bidding war might push it much higher when hard core collectors are involved. Ken at Aero who is a member here might offer a view and Gary Eastman of ELC has bought a few originals over the years might be worth trying to contact, albeit not sure if he does insurance appraisals but worth a courteous email maybe? Unfortunately insurers don’t value items based on sentimental value though. A bit like classic cars, values fluctuate but keep an eye on eBay too and when you see something take a few screen grabs as a guide that hopefully you’ll never need!!

During the 80s, apart from surplus stock, getting hold of an original wartime worn A2 was pretty rare as many veterans were still alive and want to keep hold of them. $2200 in 1989 is around $4500 today and I can still see that is the kind of money a Japanese buyer would pay now.
You must log in or register to reply here.
Share:
Facebook Twitter Reddit Pinterest Tumblr WhatsApp Email Link