Today I would like to share a NOS example of the third model of the N-3 series, an early TYPE N-3B Heavy Air Crew Jacket made by ALBERT TURNER & CO., INC.

The N-3B, which was adopted around 1953 and continued to be used in the USAF for about 50 years (with some modifications), is an air crew jacket that will work under the heavy zone weather (-10 to -30 degrees C). It was developed and issued for the winter cold weather clothing, and real coyote fur was used for the hood trimming of the model that was issued during the early to mid period.

Initial N-3B were made of nylon fabric and included an oxygen mask tab sewn on the left chest as well as a printed USAF decal on the left shoulder.

This jacket came with a tag belonging to T/Sgt. Arthur A. Bishop, from 1709th Technical Training Squadron under the 1707th Air Transport Group in September 1952 at West Palm Beach, Florida. Most likely issued but never used.

The condition of this example is superb! It could easily be mistaken by a modern repro but it is over 60 years old. The gray nylon shell is spotless, which is very rare. The genuine coyote fur is immaculate. All buttons are present and Crown zippers are working perfectly.

Normally the fitting can be tricky on these jackets, but this Medium fits perfectly. 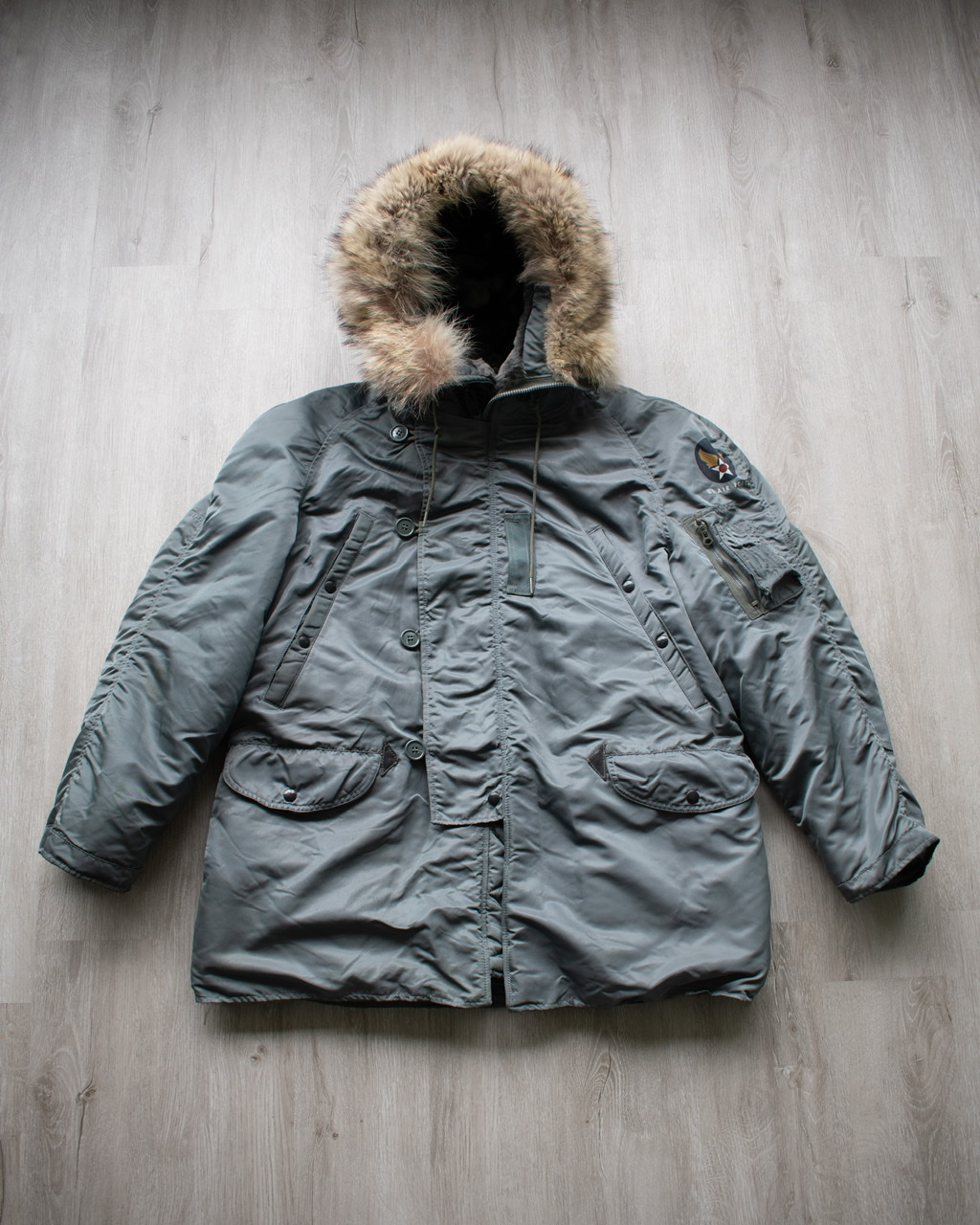 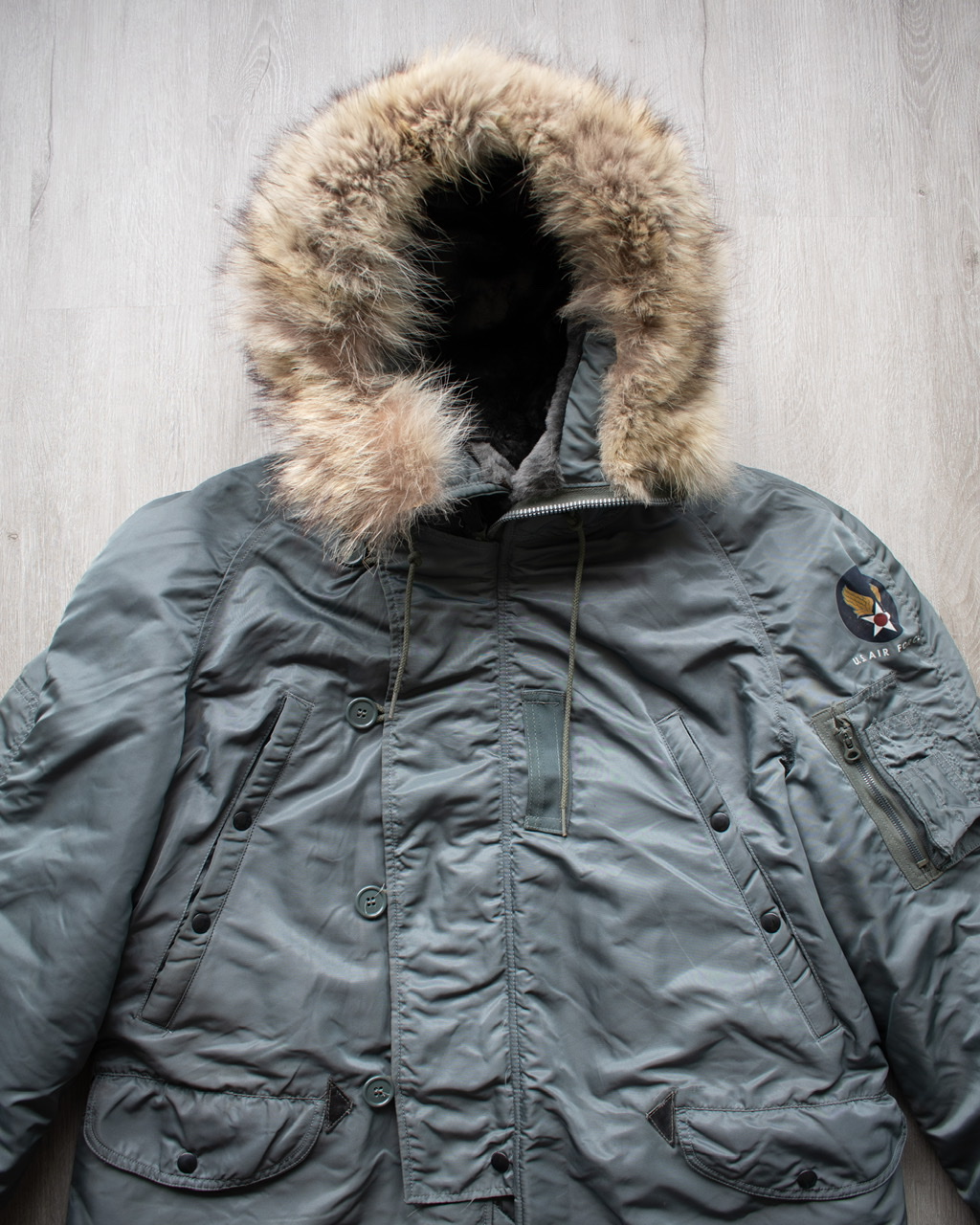 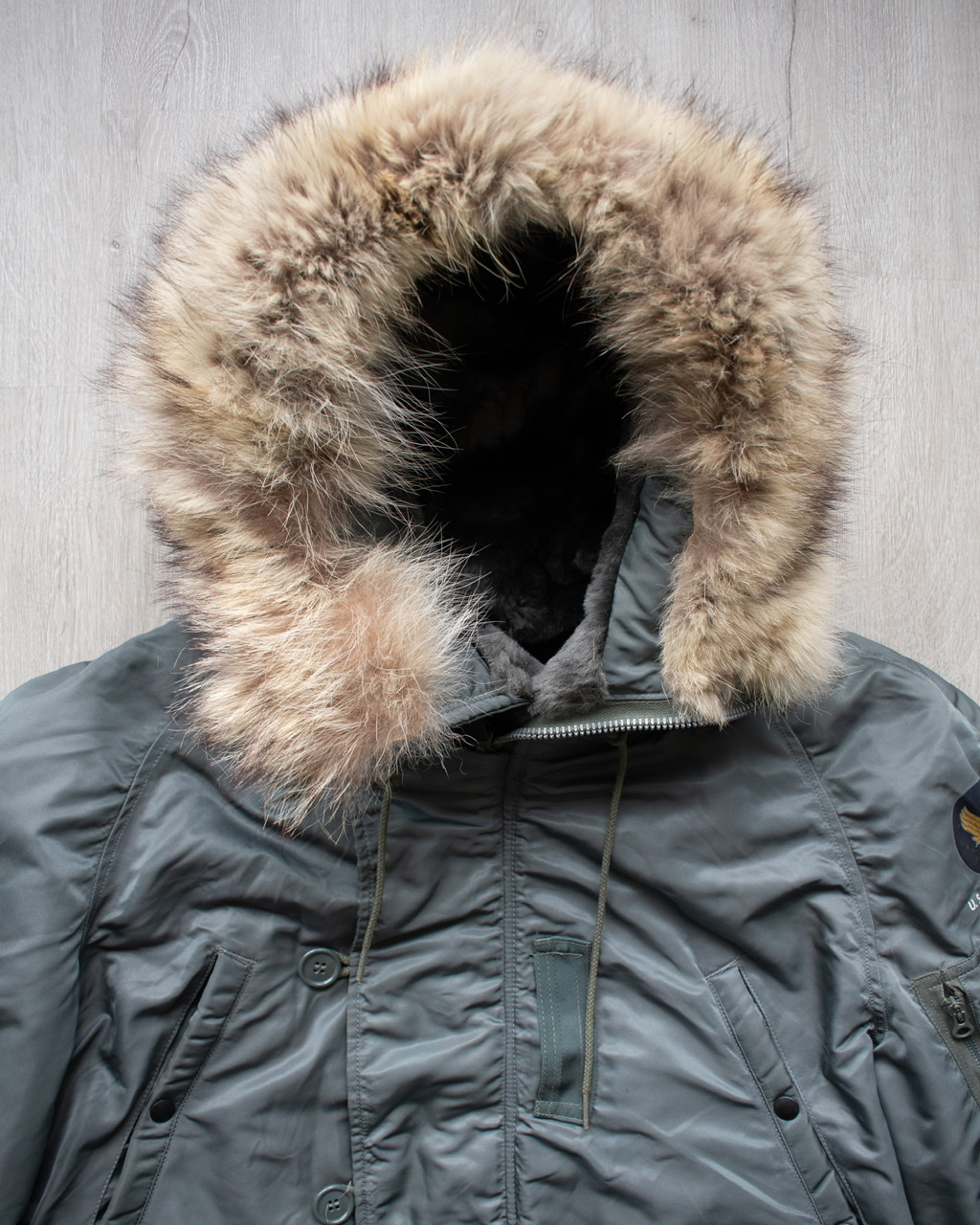 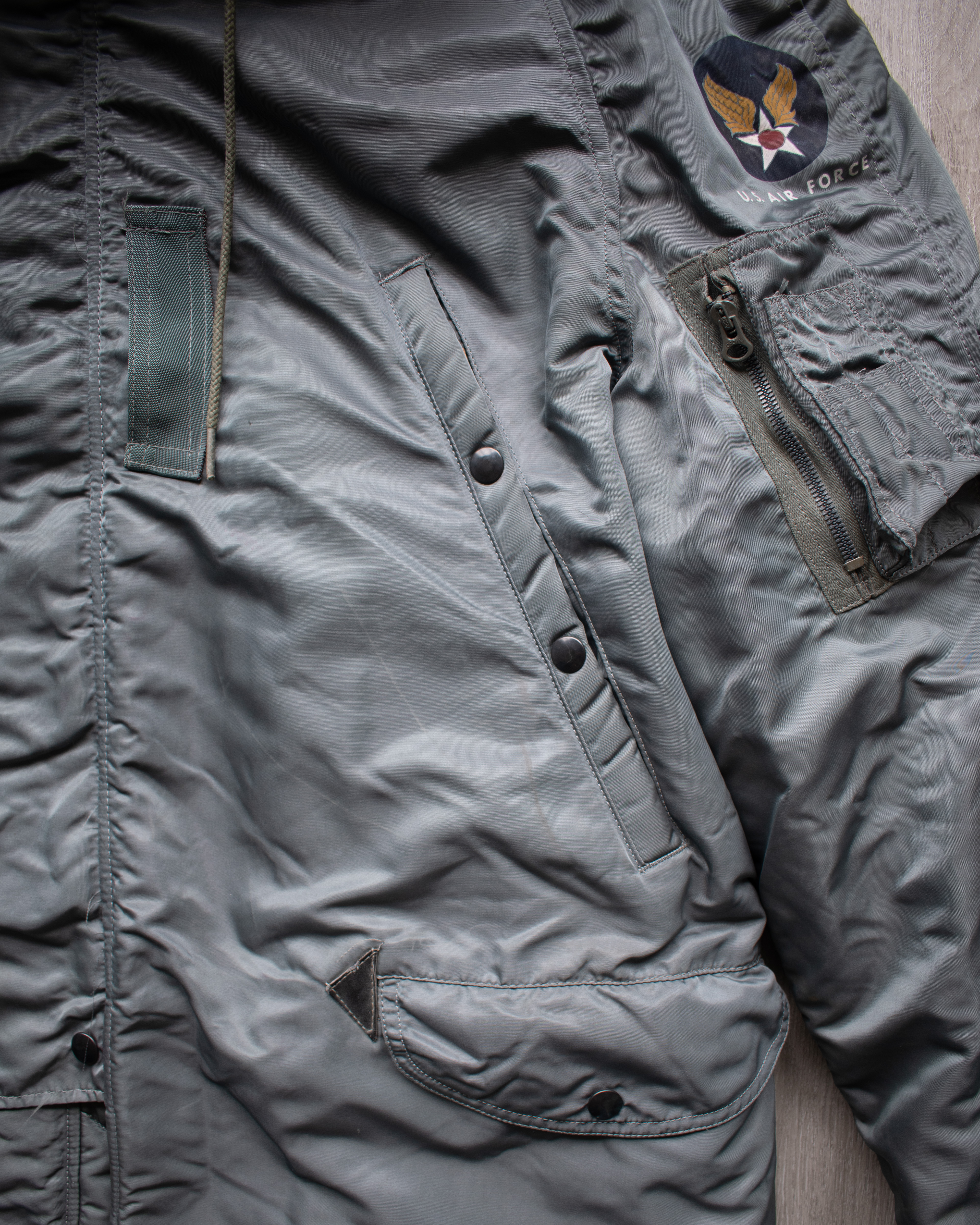 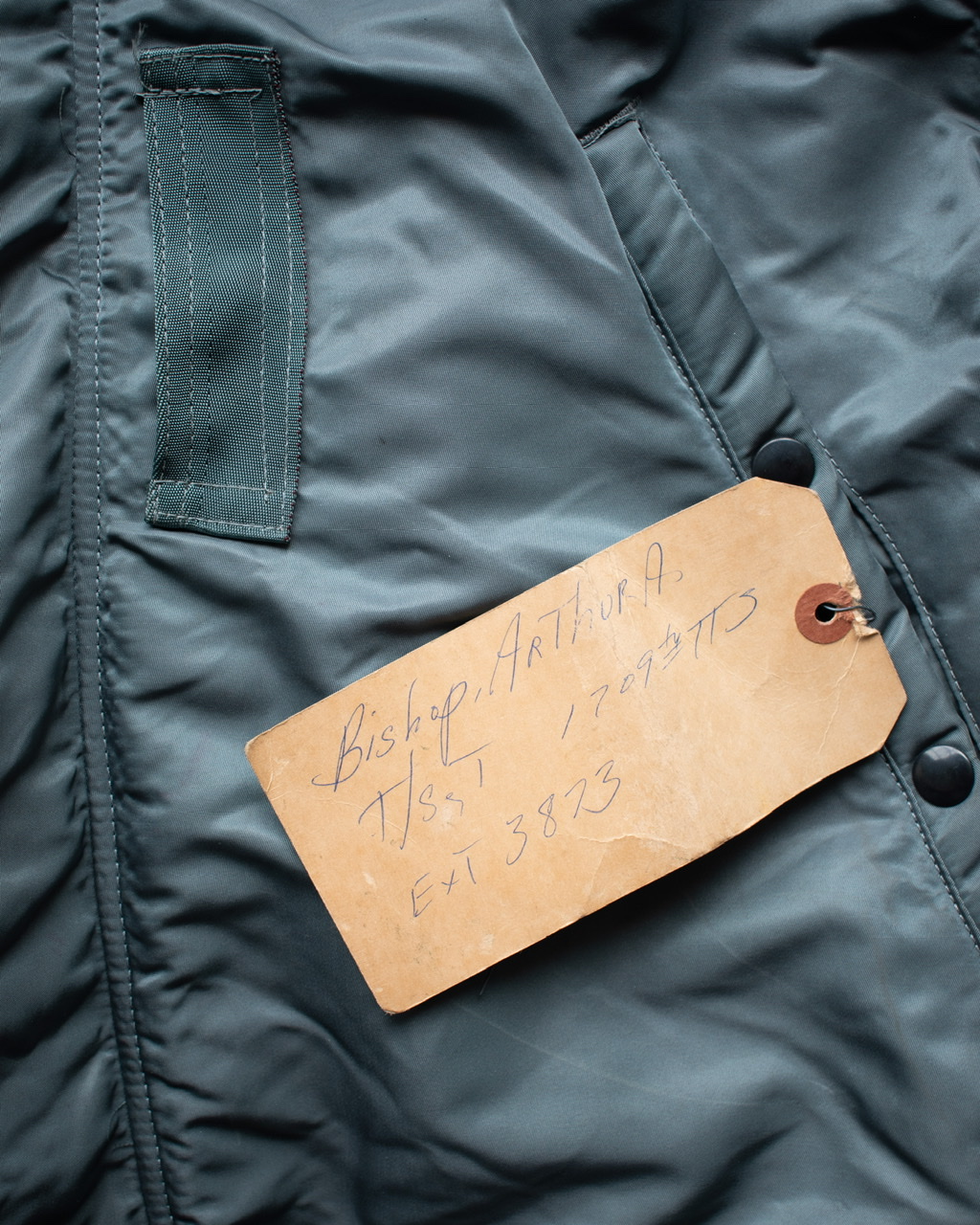 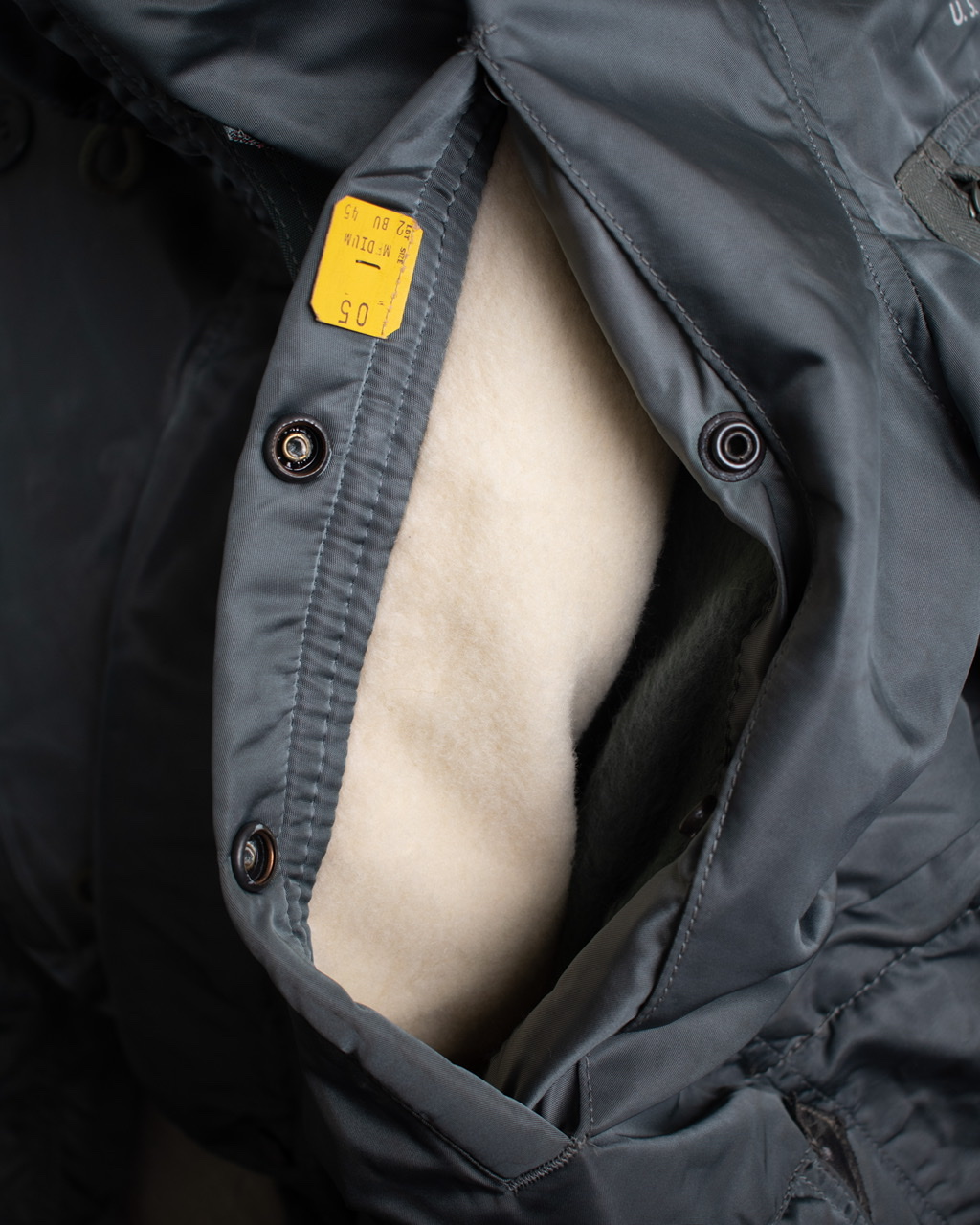 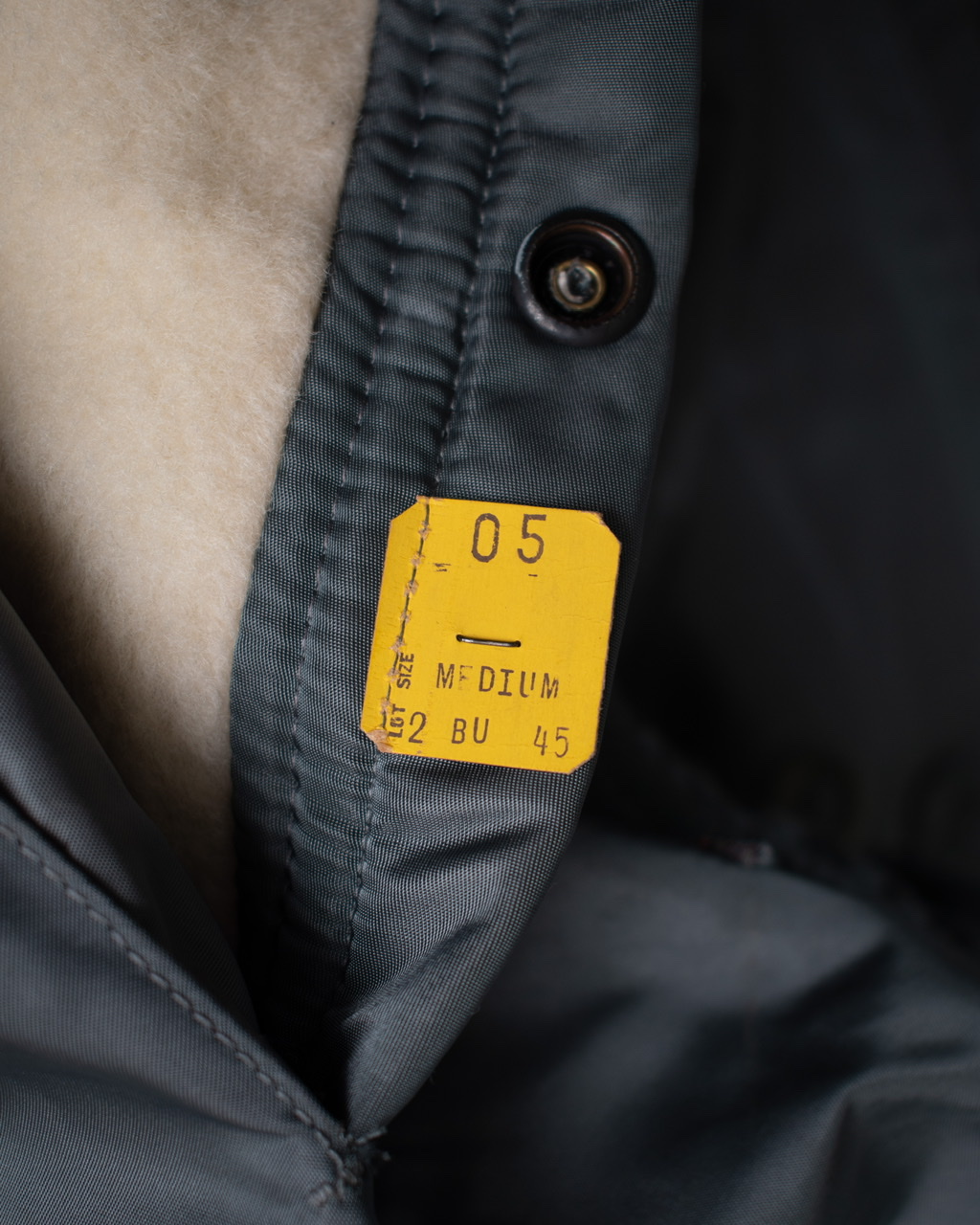 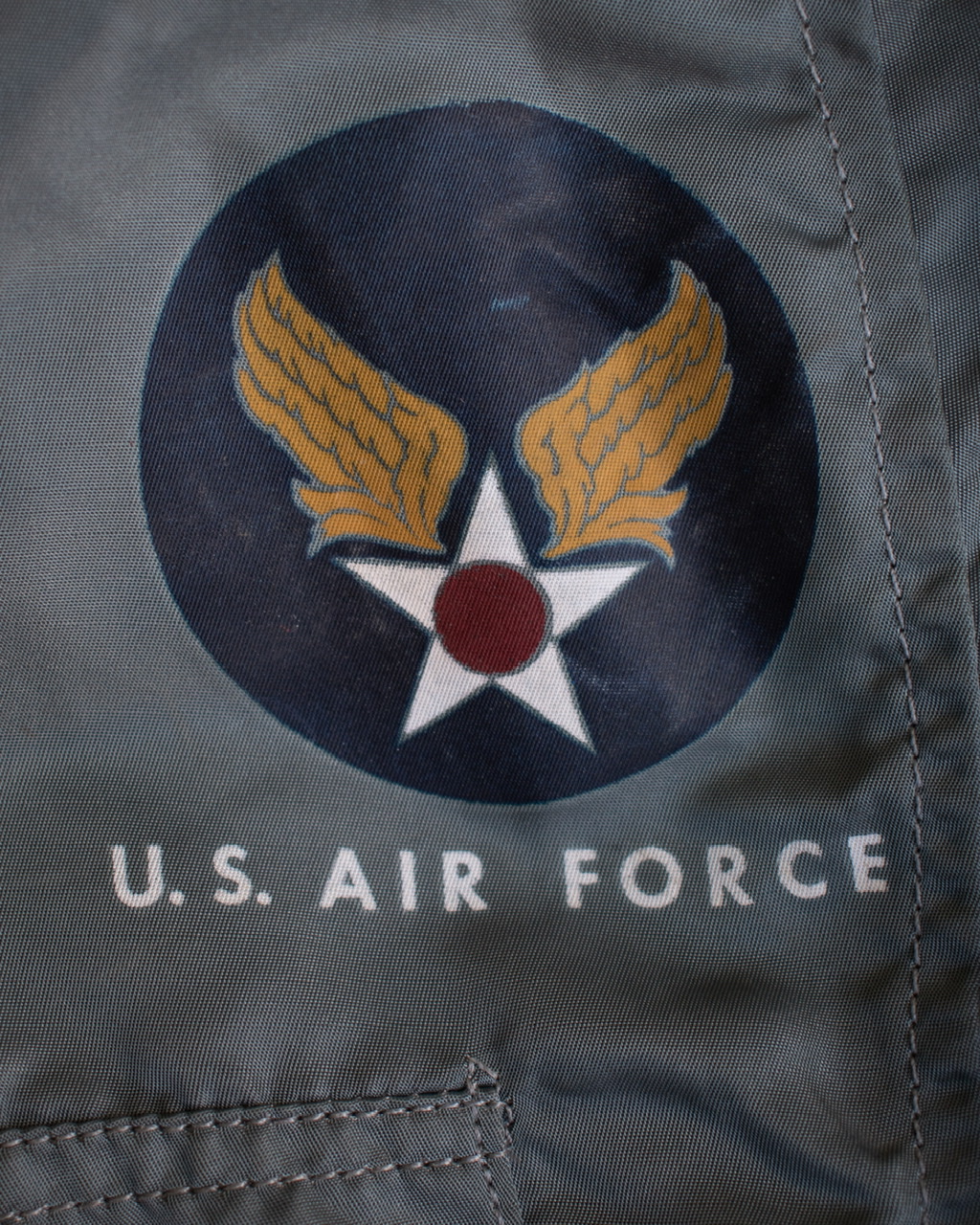 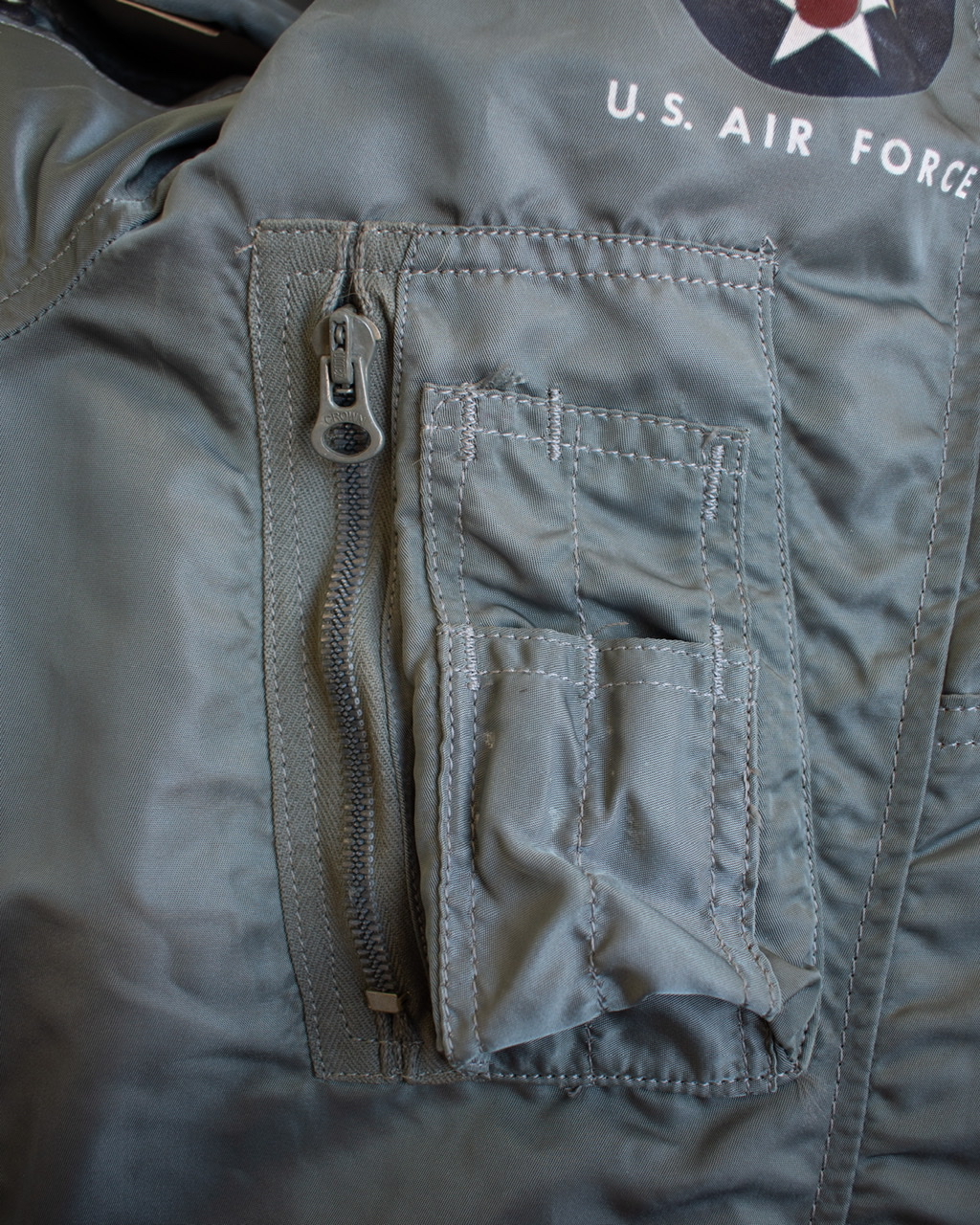 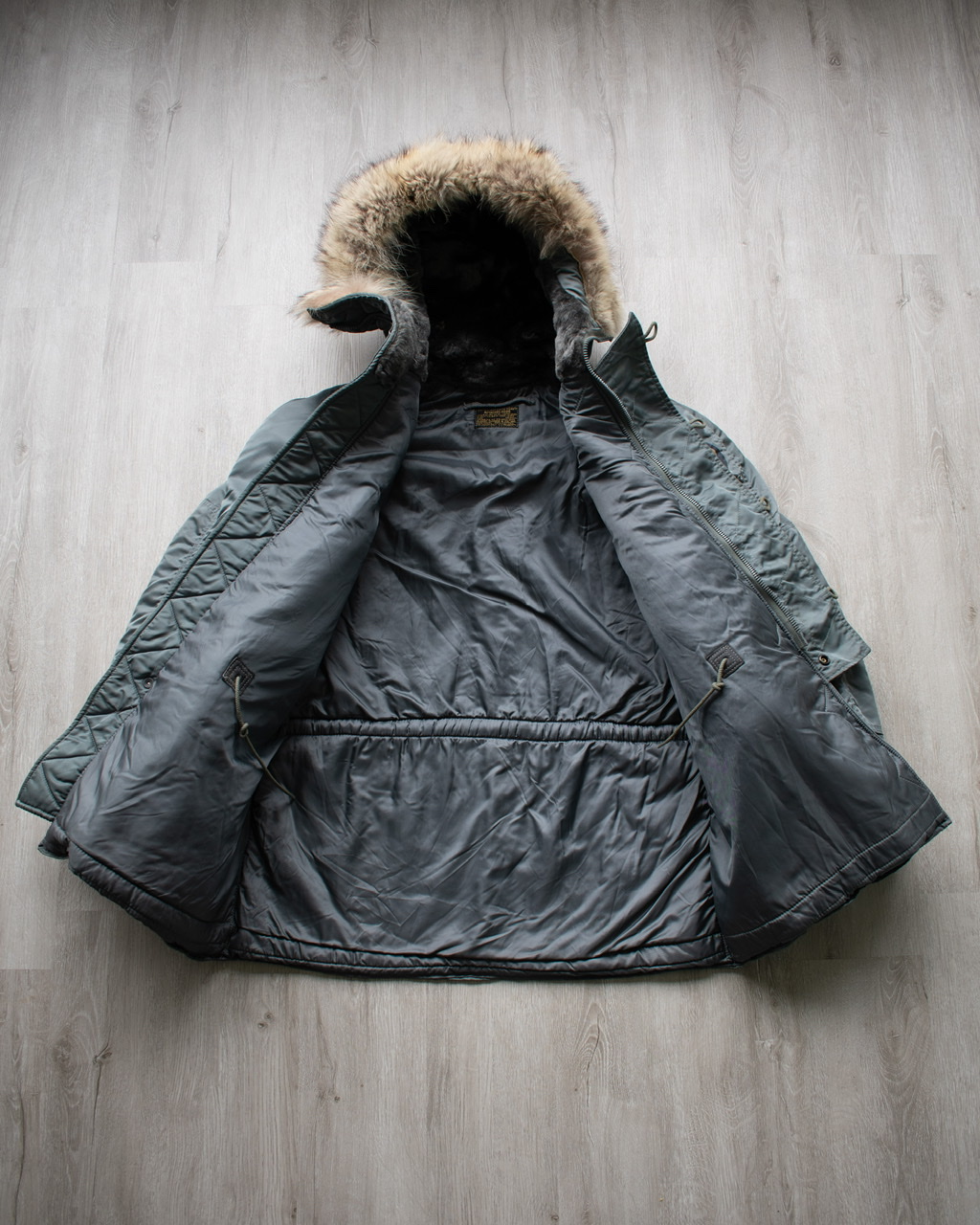 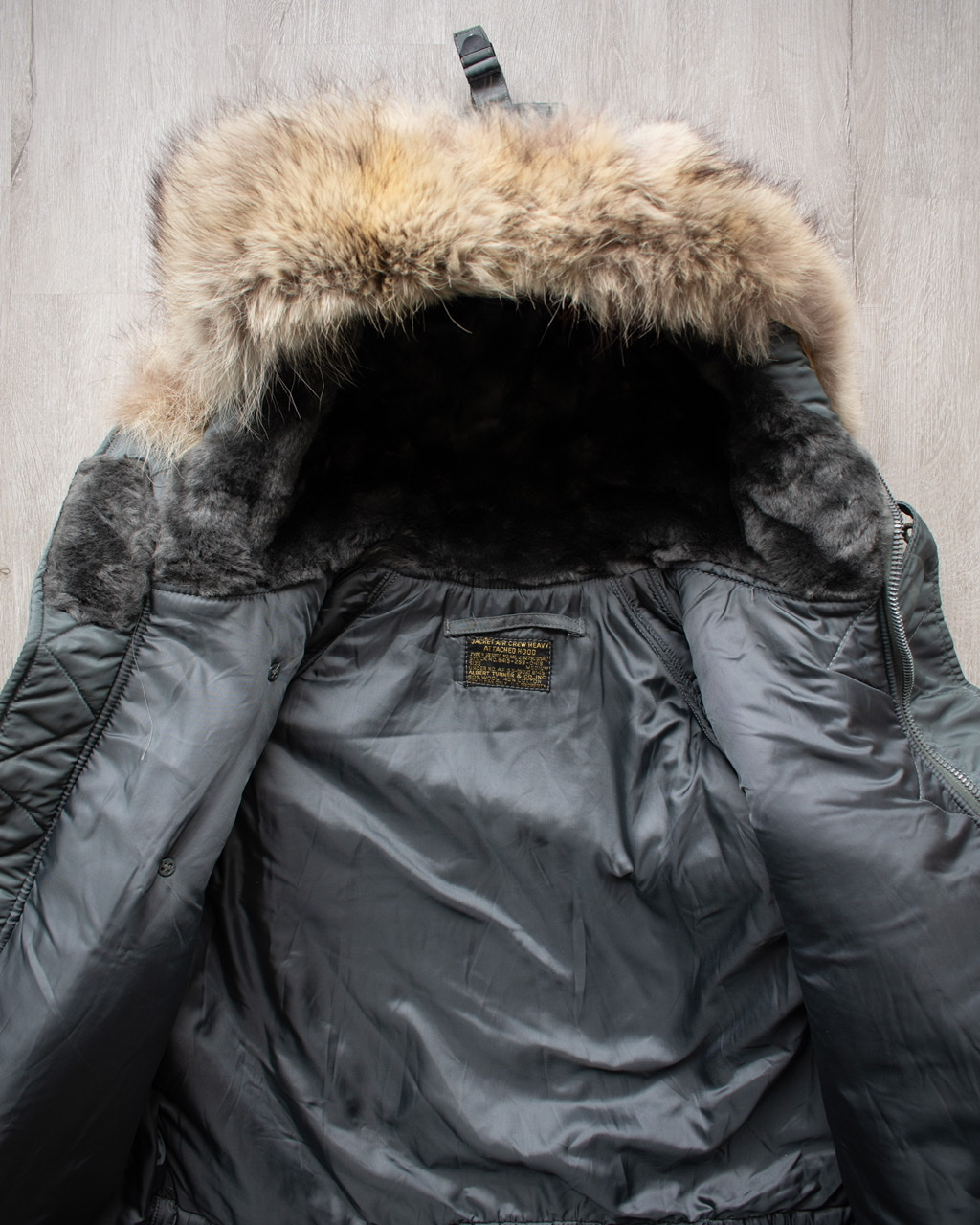 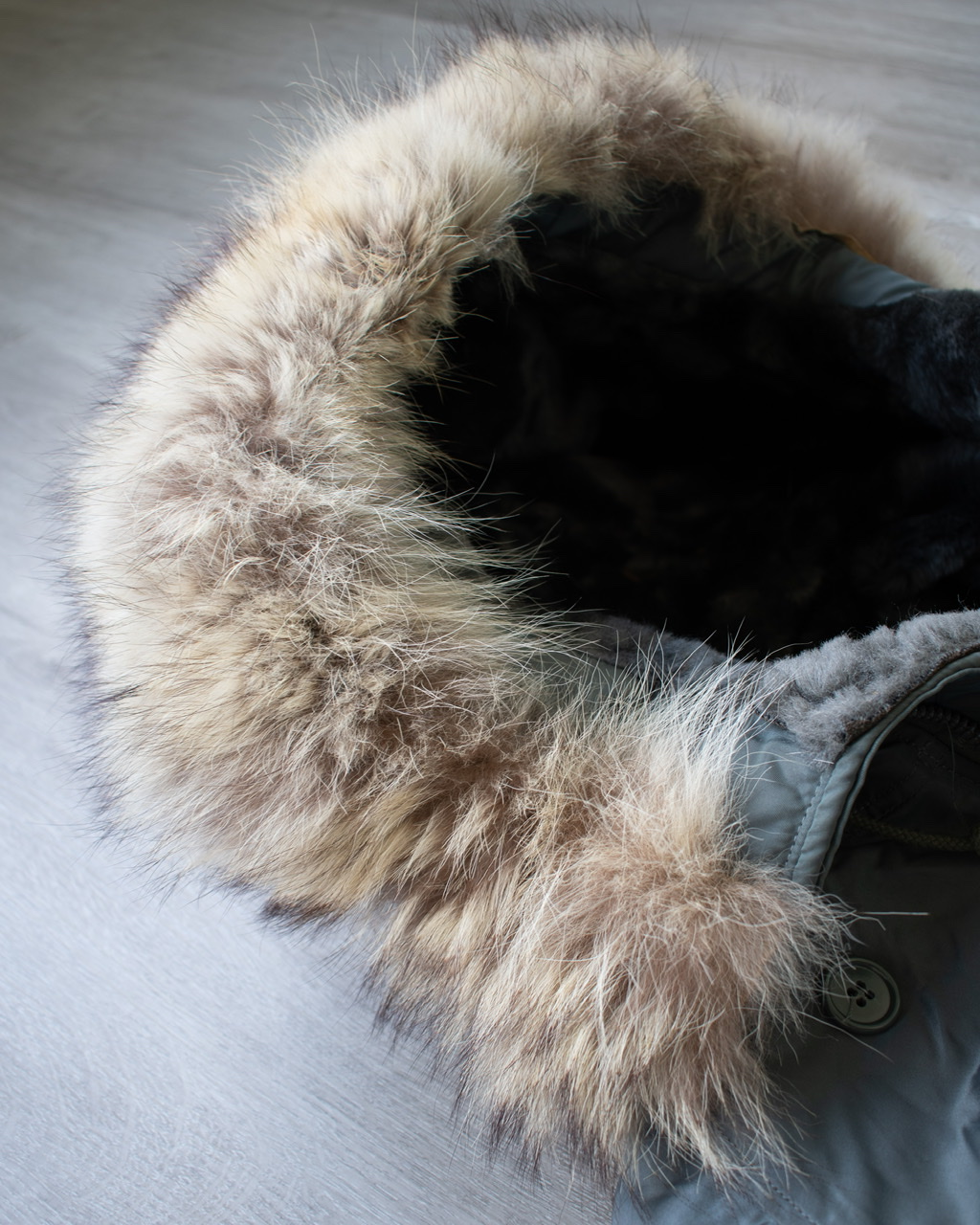 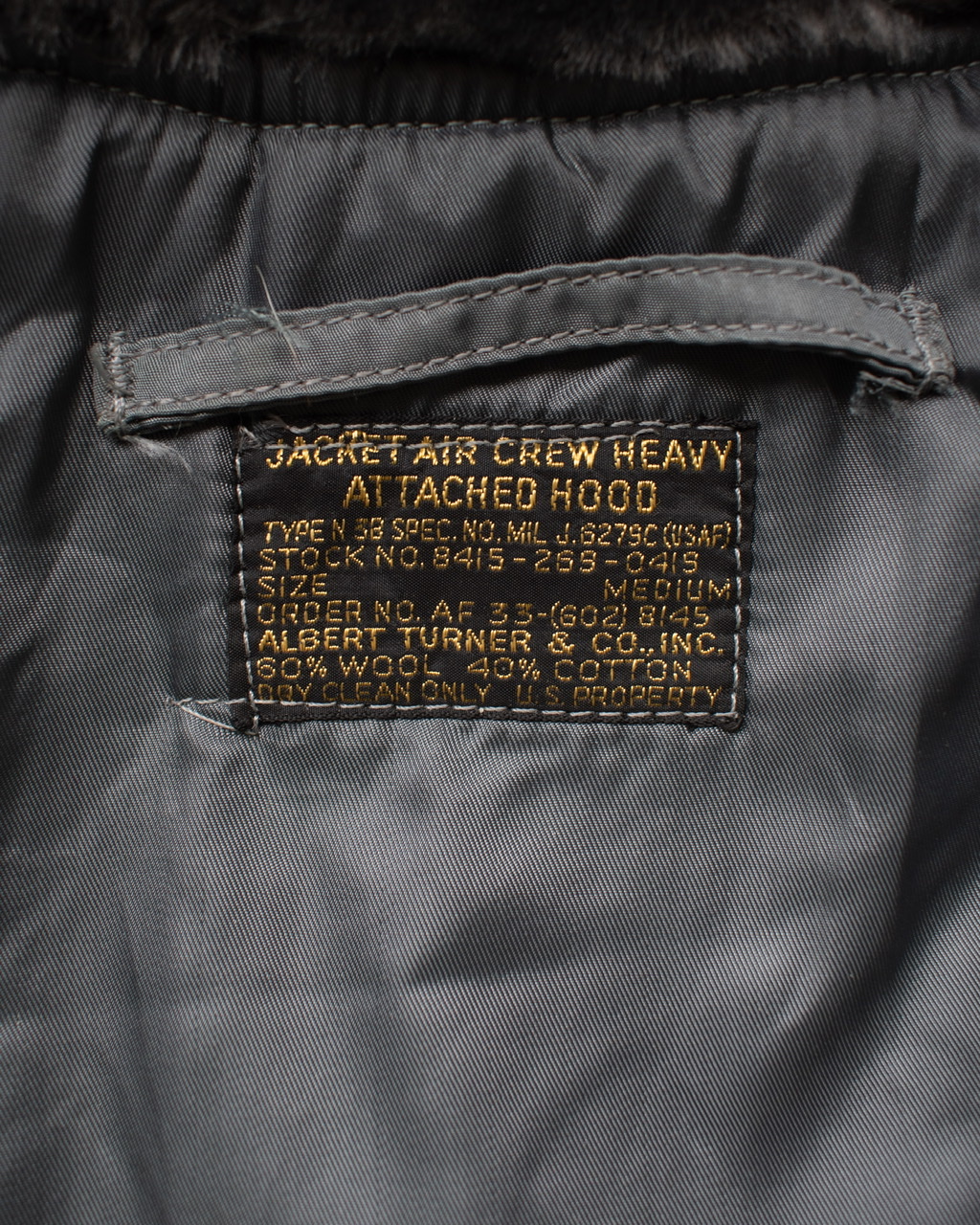 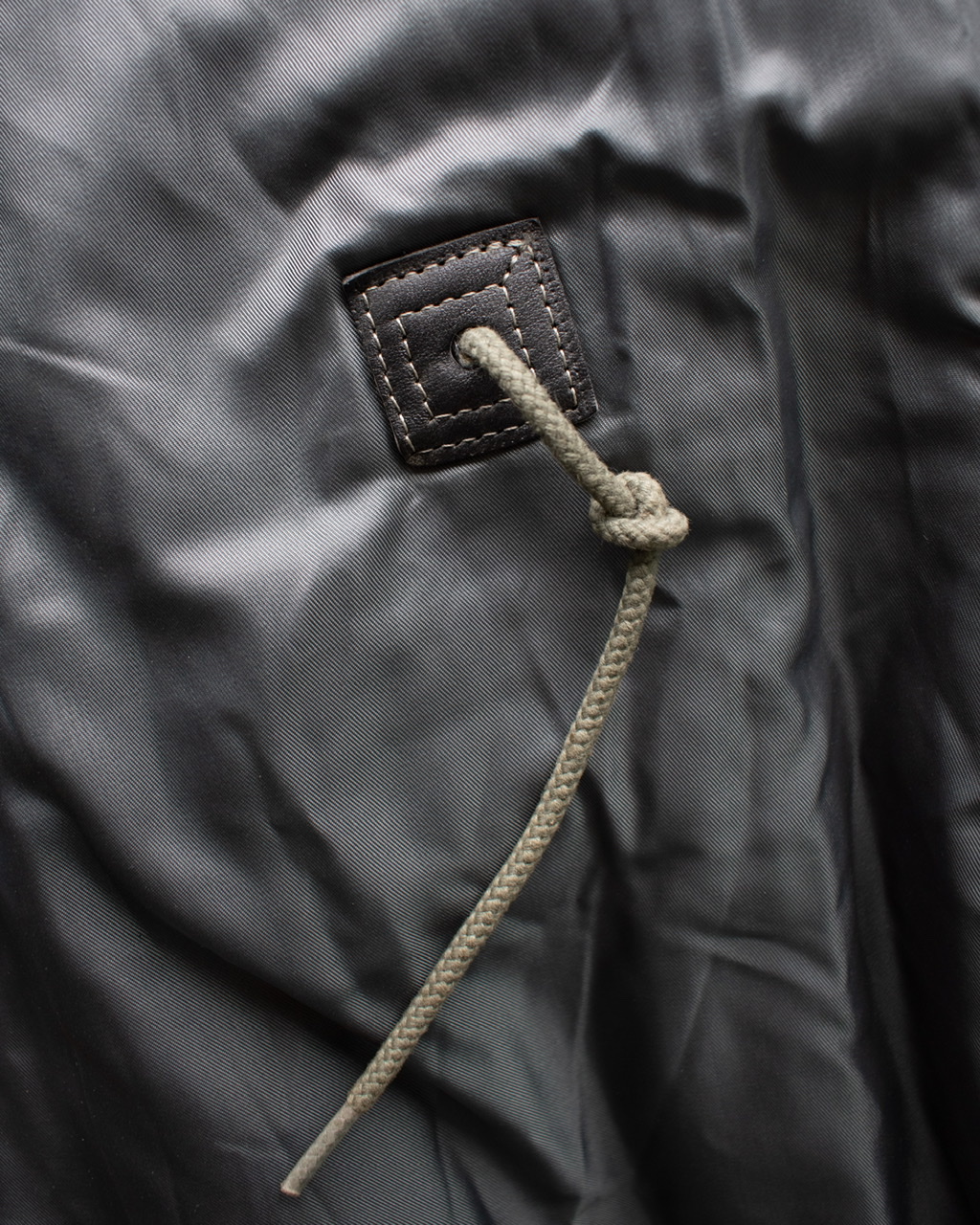 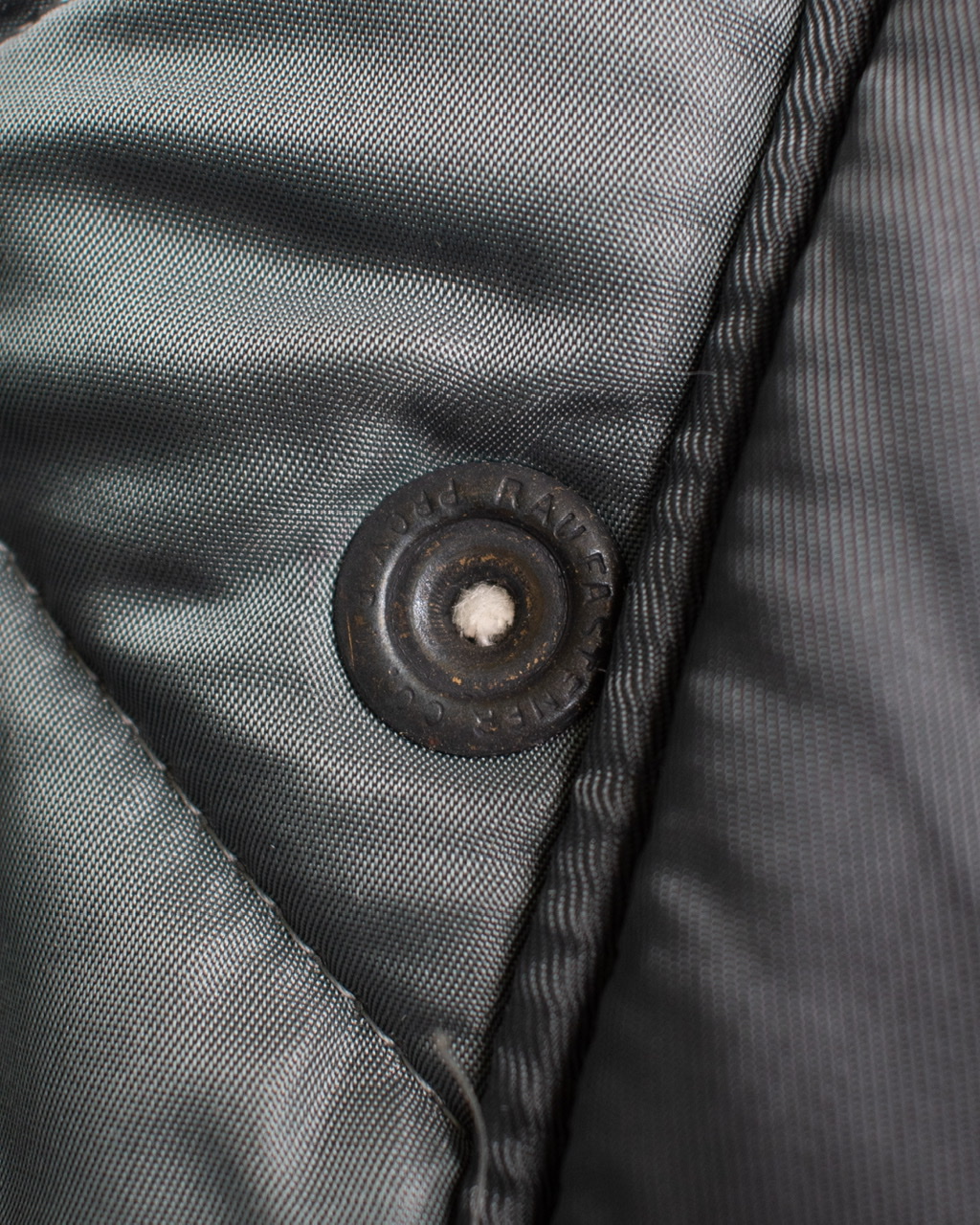 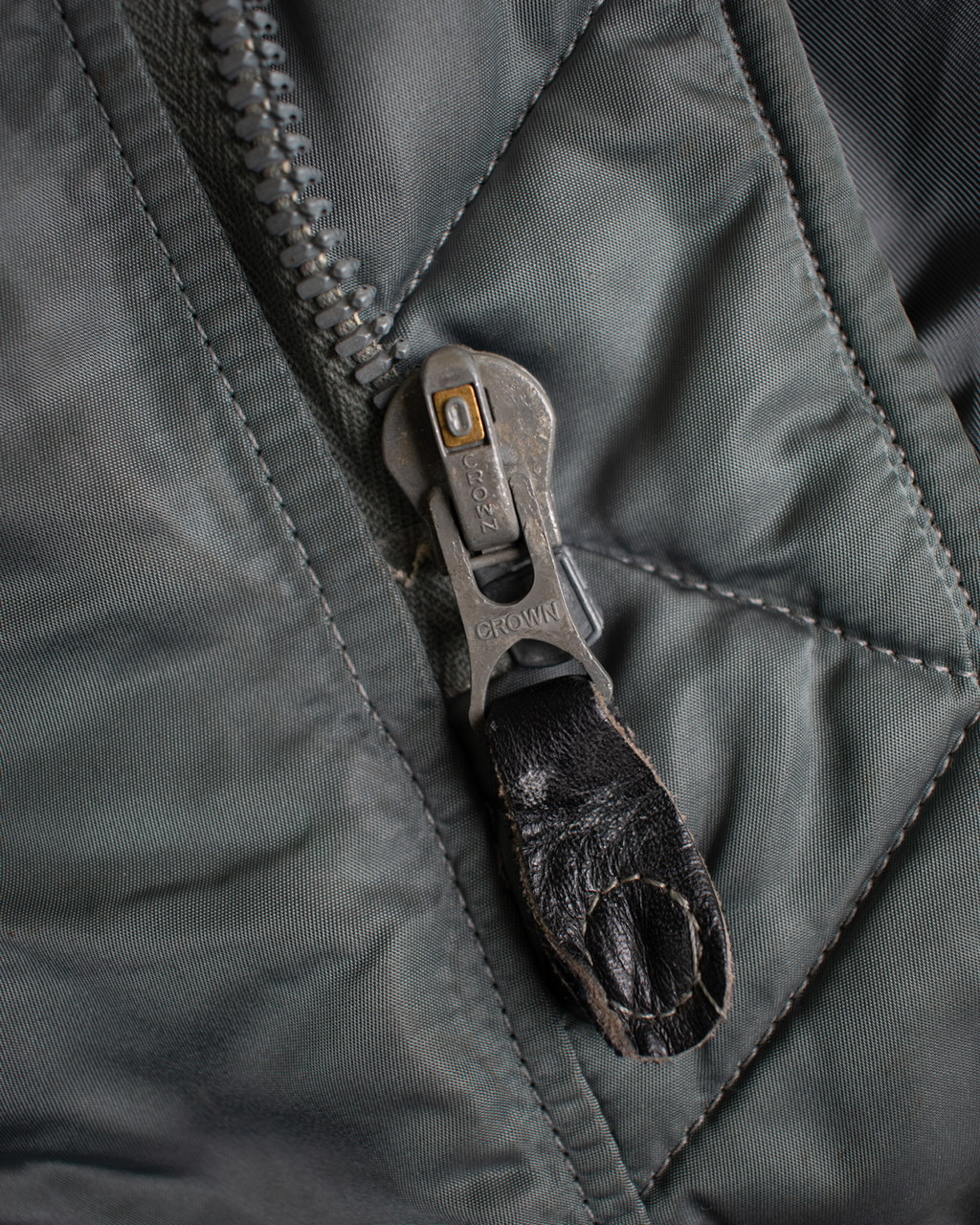 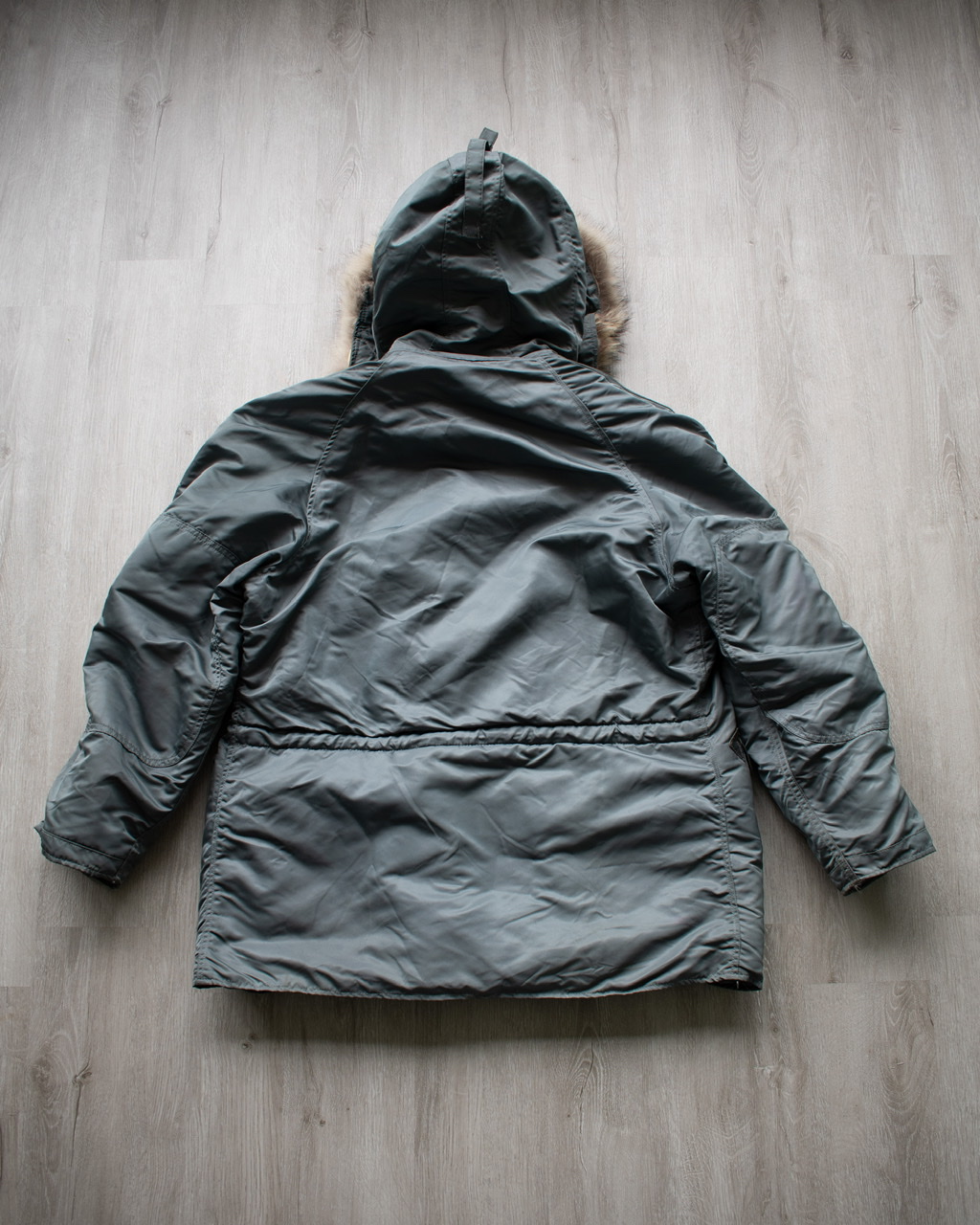 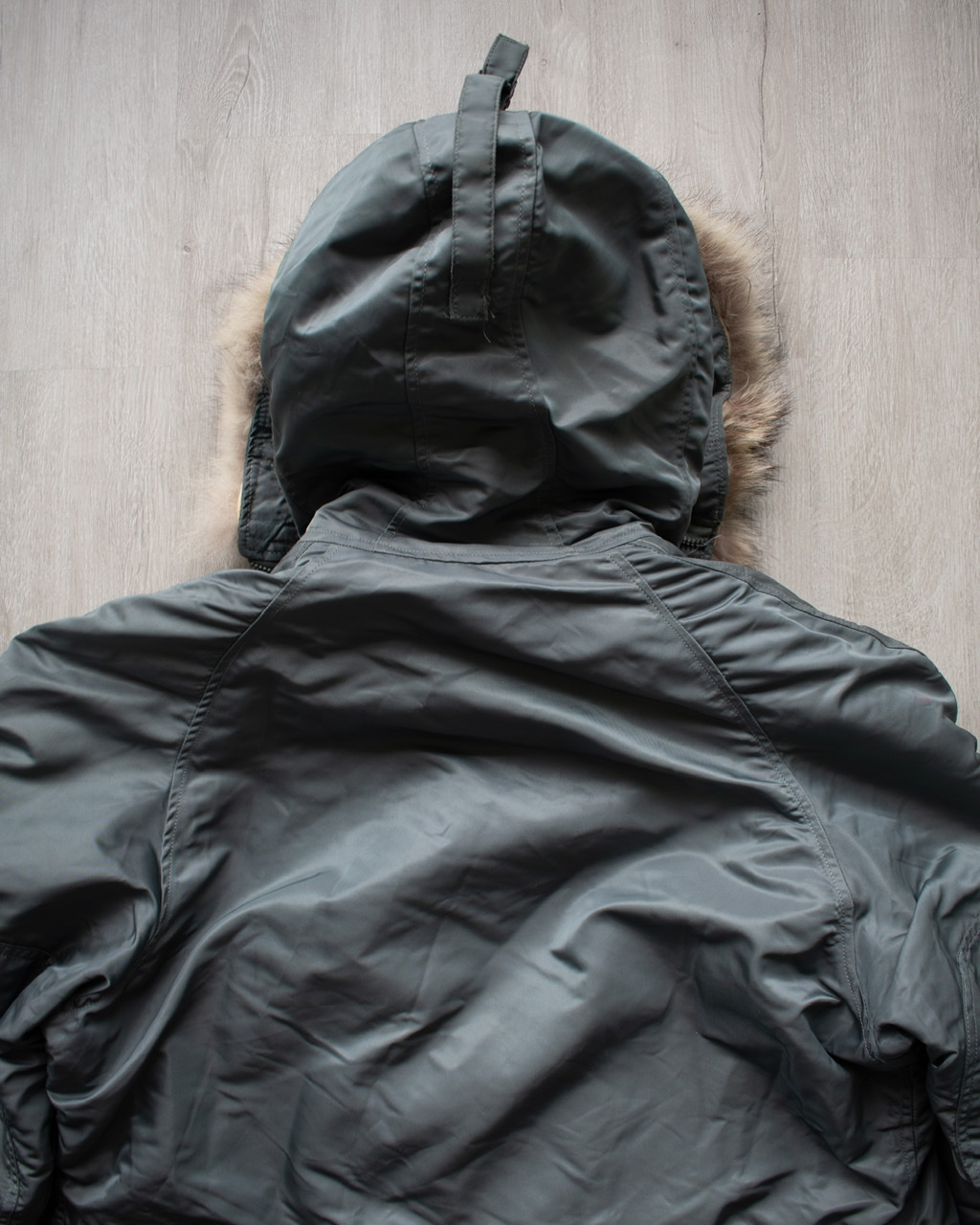 And the proper fit pics. 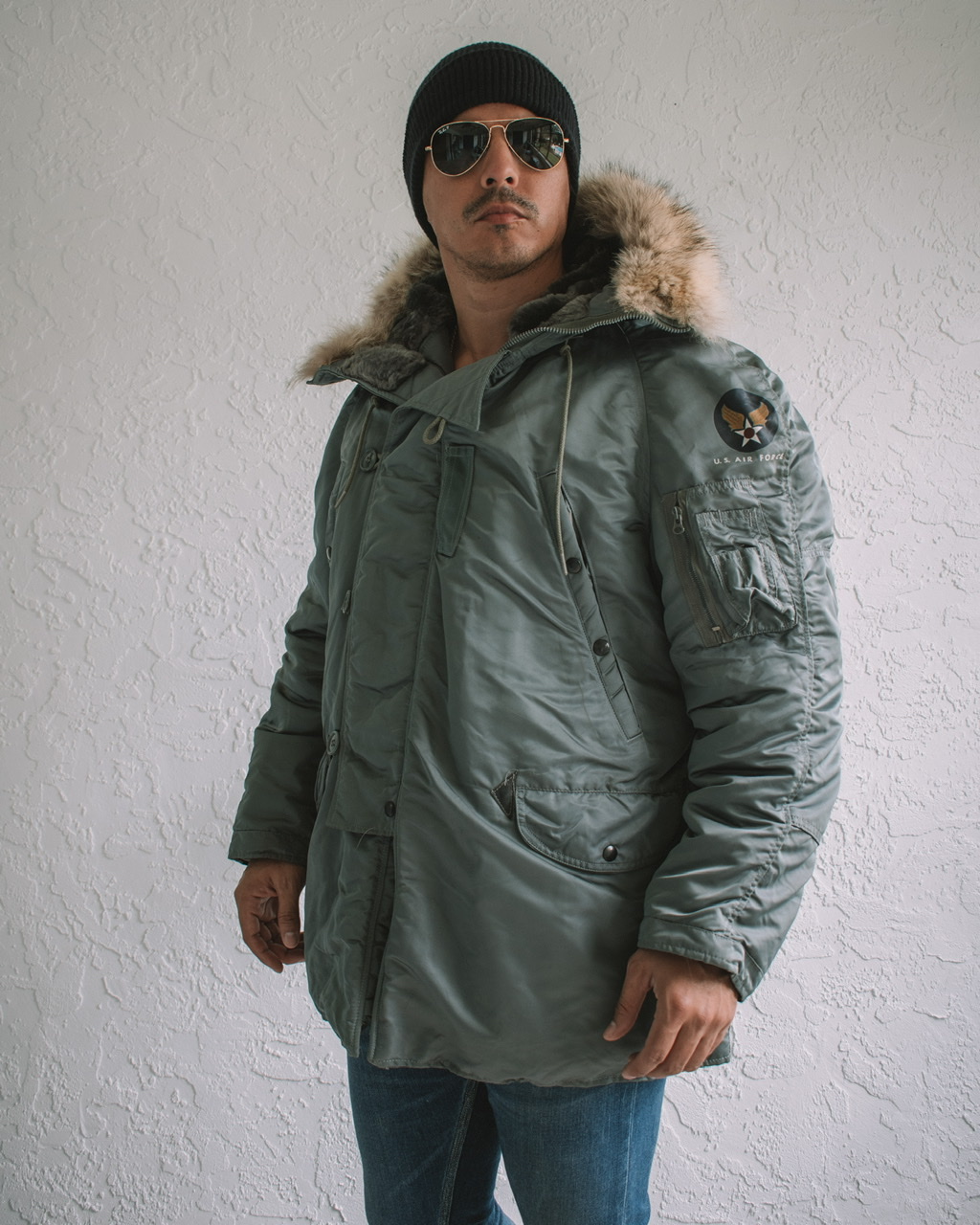 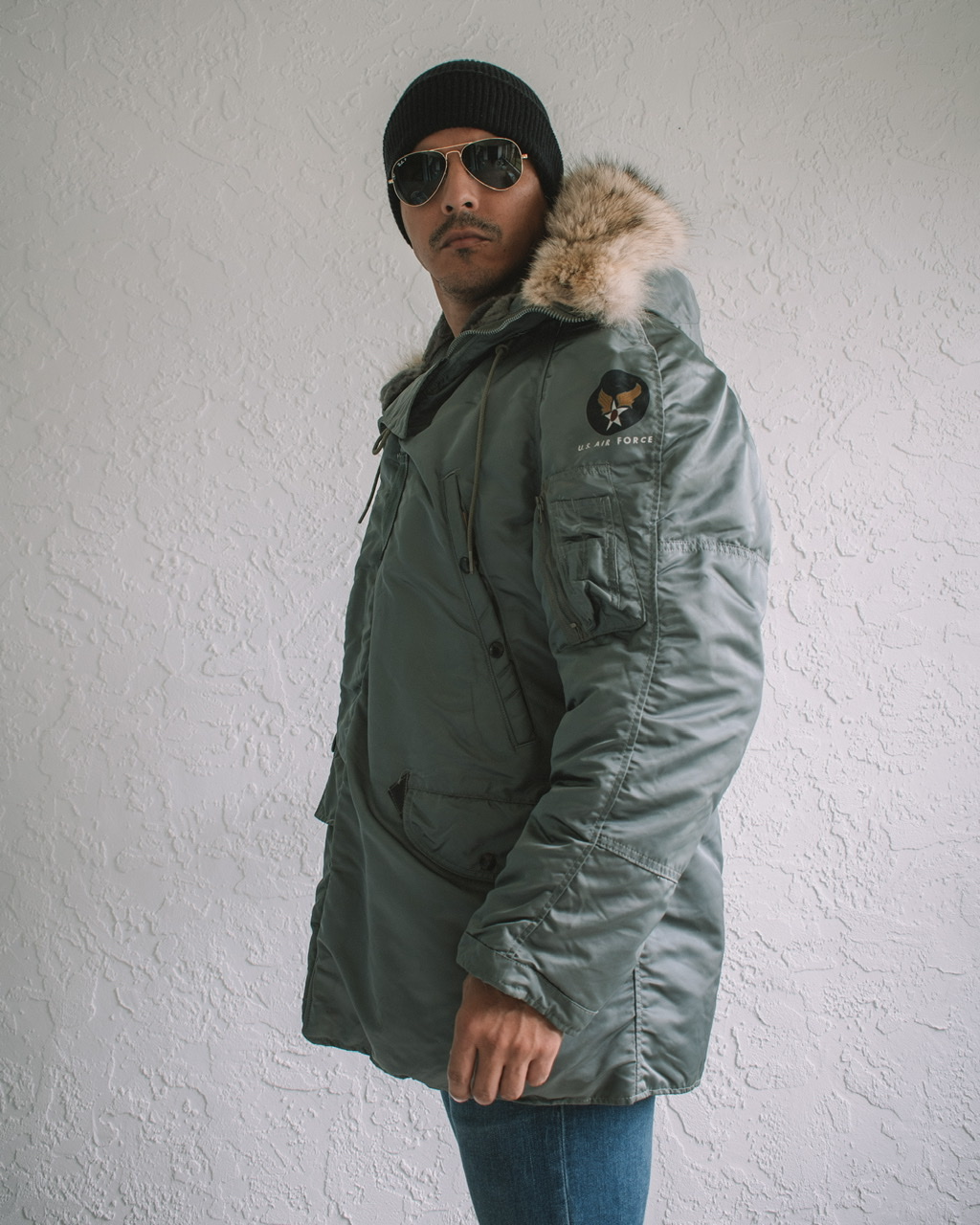 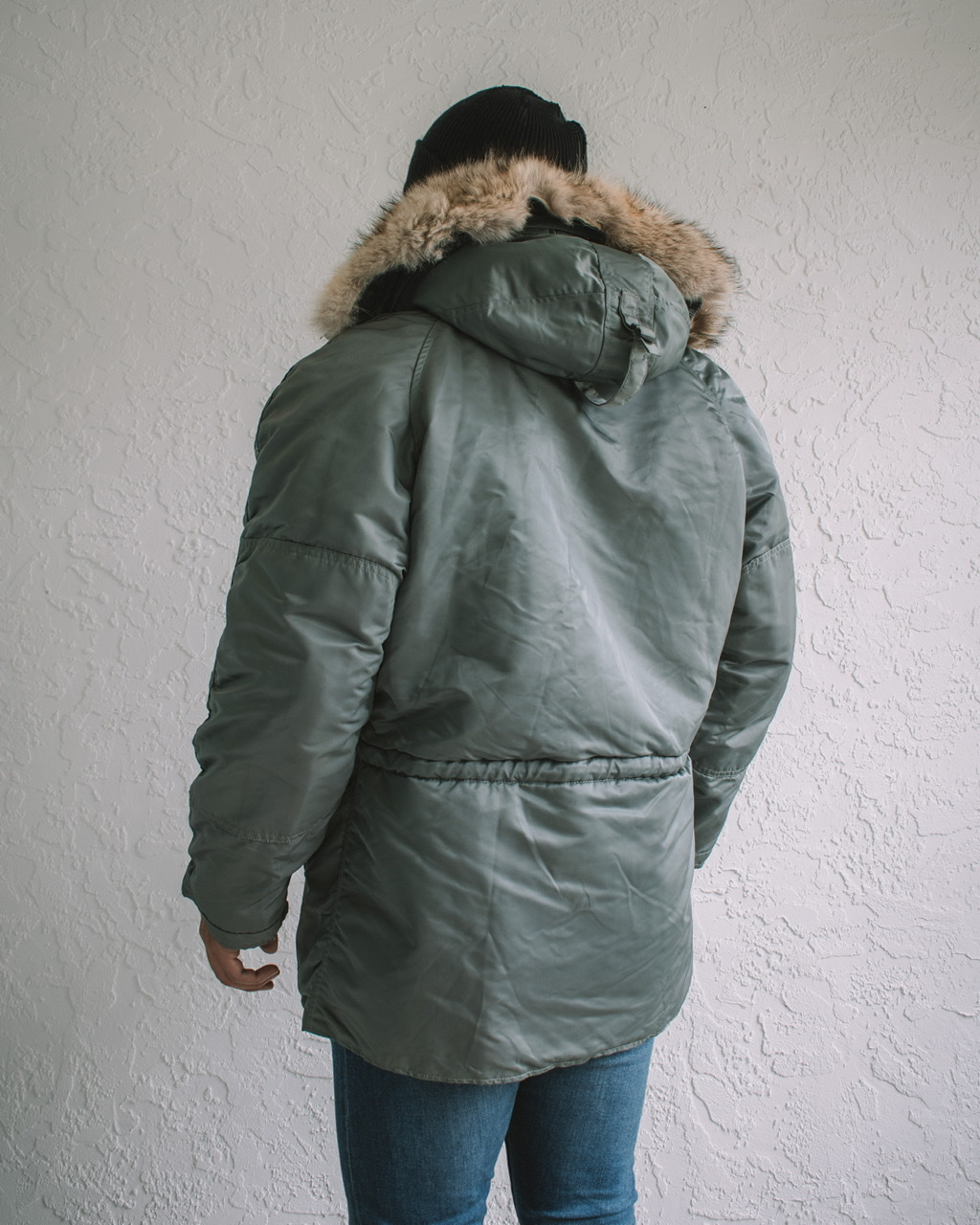 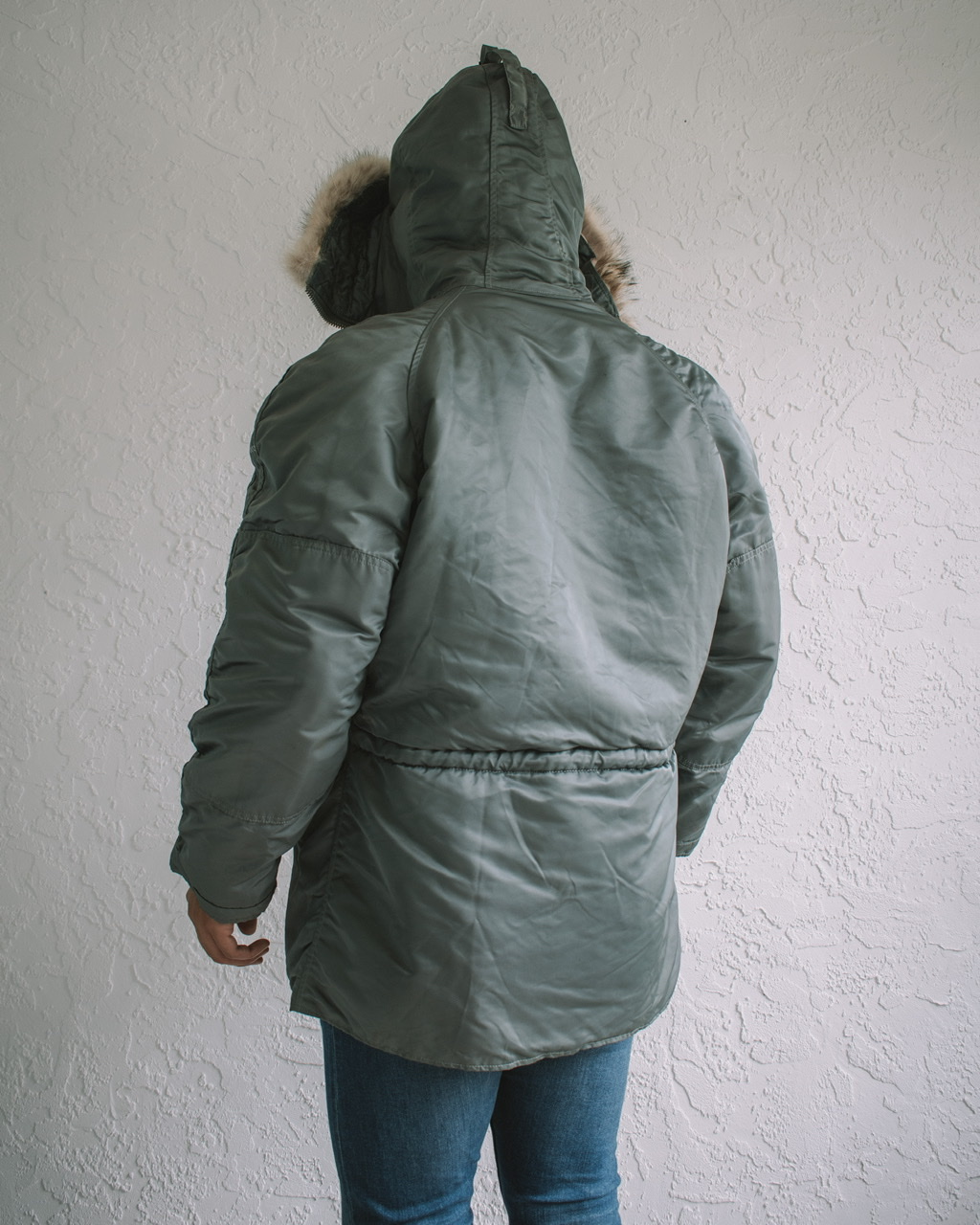 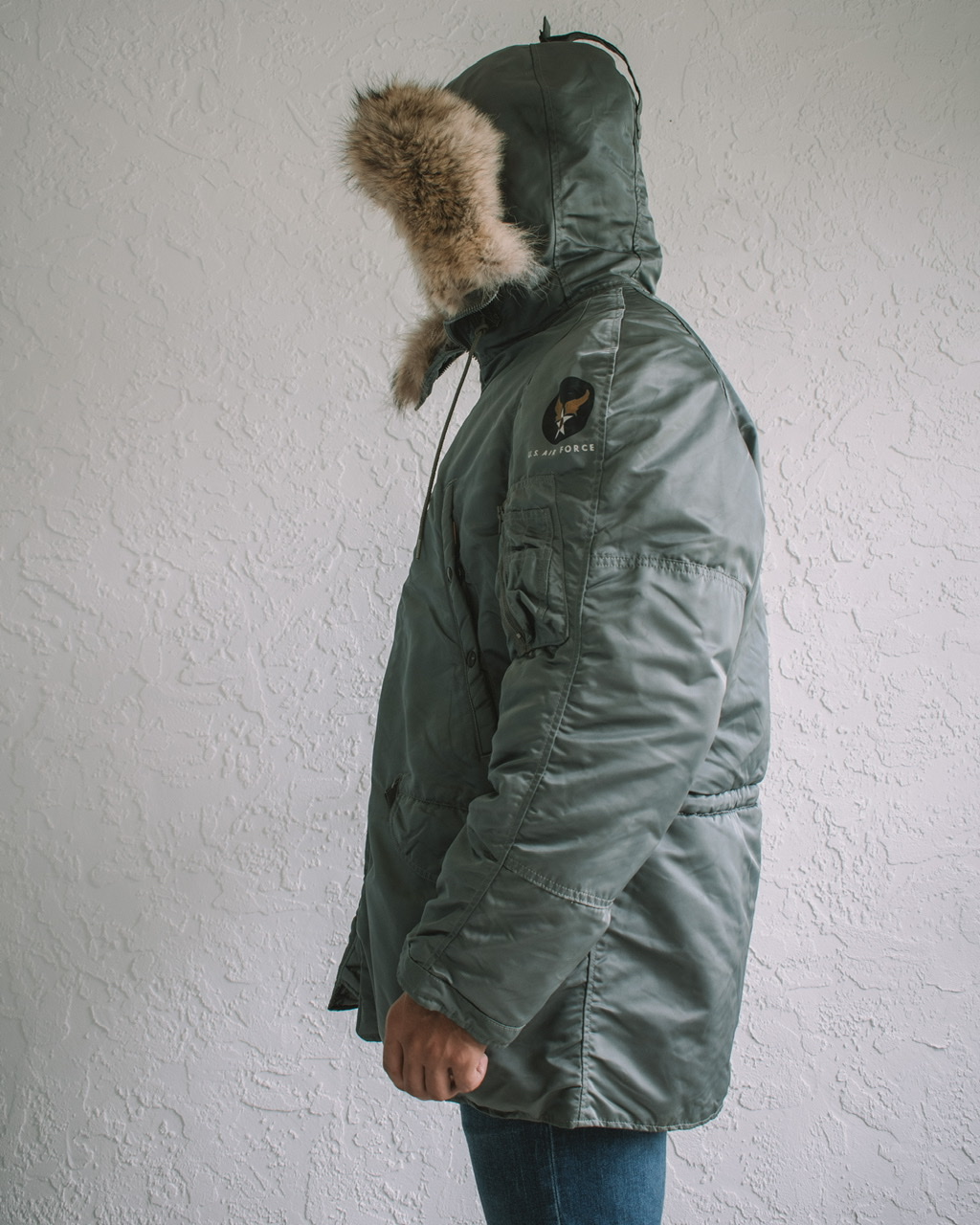 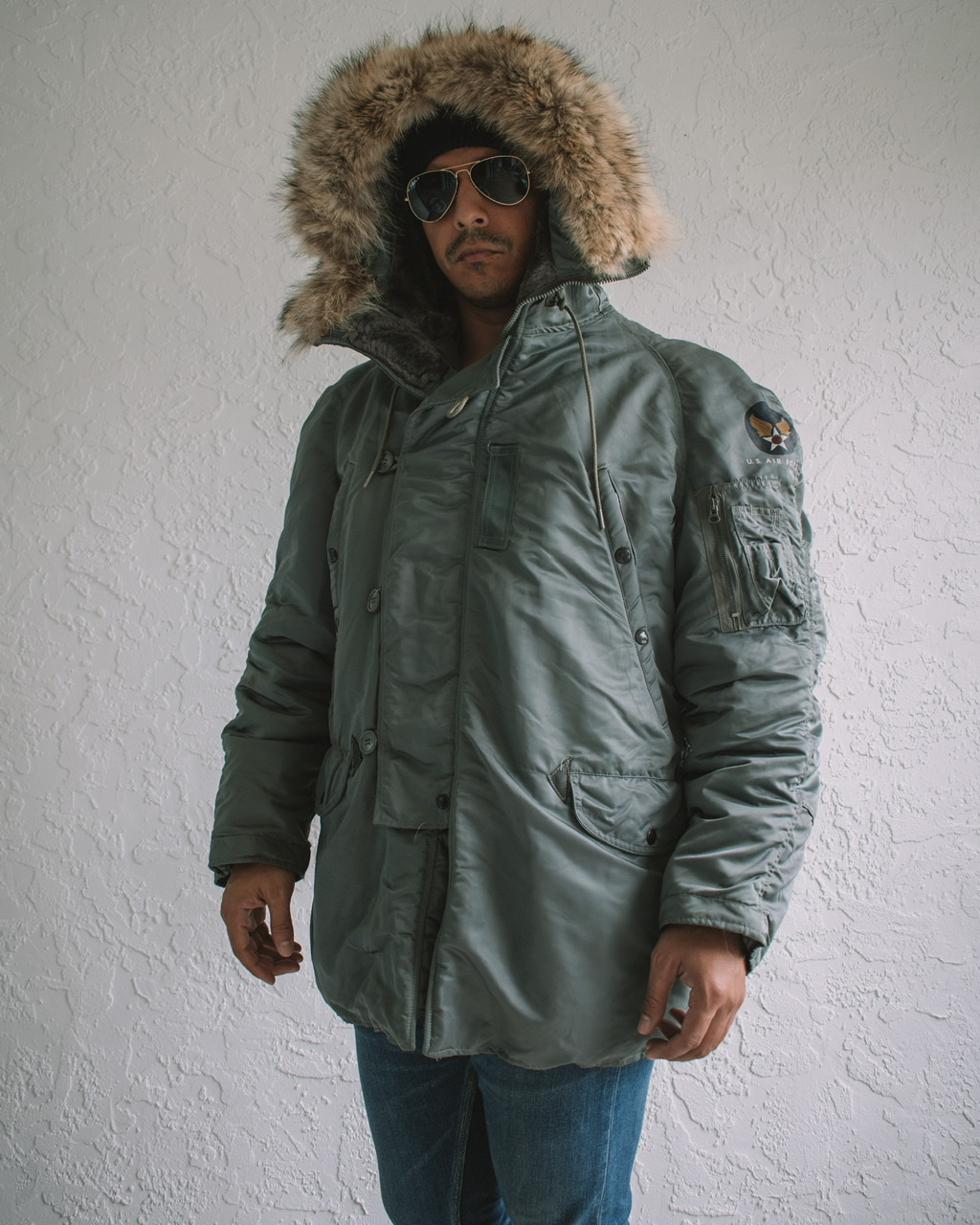 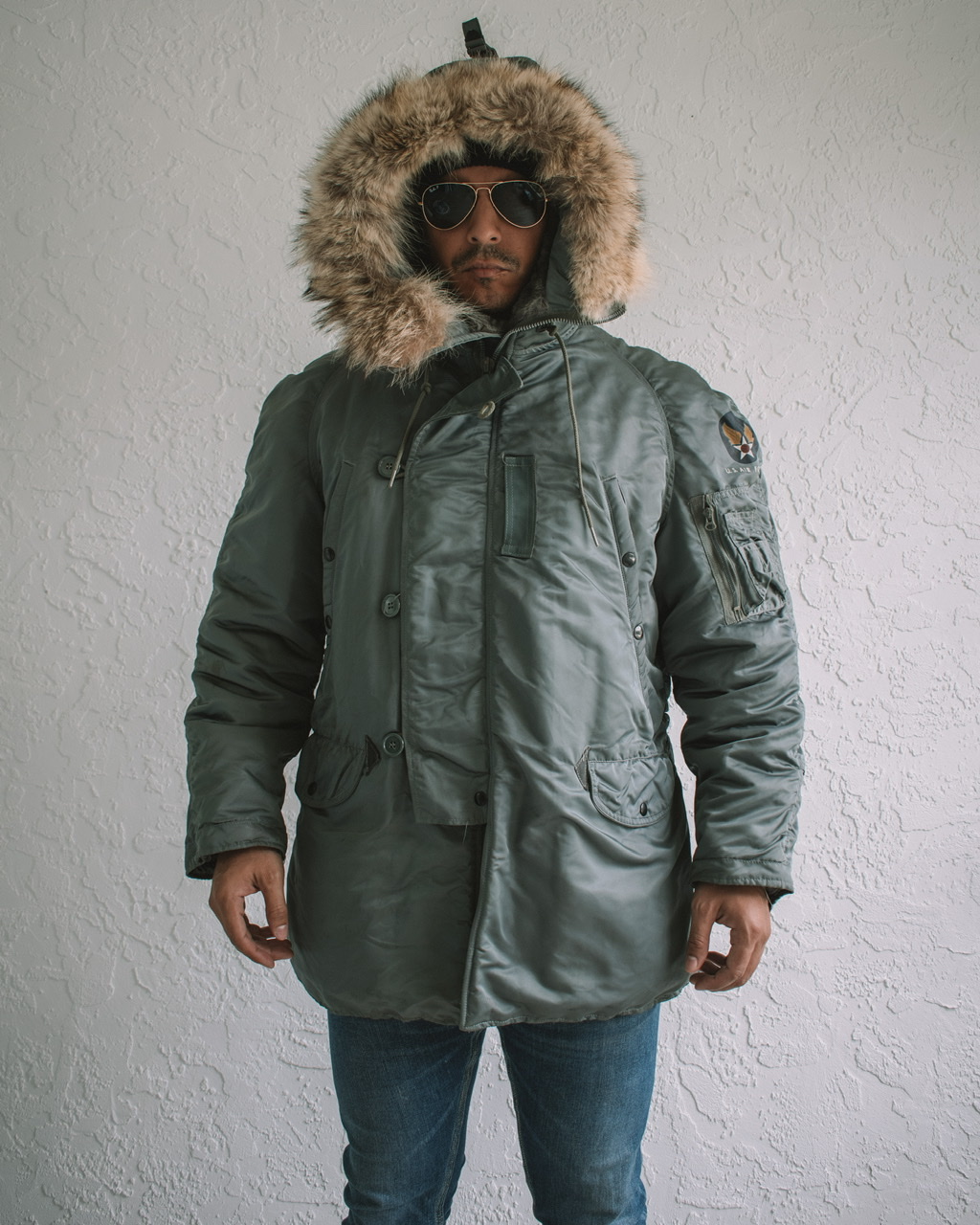 I can't believe this jacket is 68 years old...
The state of preservation is amazing

Blimey what a stunner. I also found mine to be big for the size - mine was a medium, and I'm usually a large. I found mine far heavier and hotter in use than any sheepskin I've had - I didn't keep it long-it's designed for Arctic flying, so it's not surprising.

Jorge... I am becoming convinced that you have a Time Machine you're hiding from us!

Damn Jorge !
Your hands must be freezing !
Get some gloves on !

Another WTF example of a stunning contract .
Well done my man!

Thank you, guys! These jackets are so comfy and warm that I’m thinking to book a trip to Alaska to wear this properly! JK 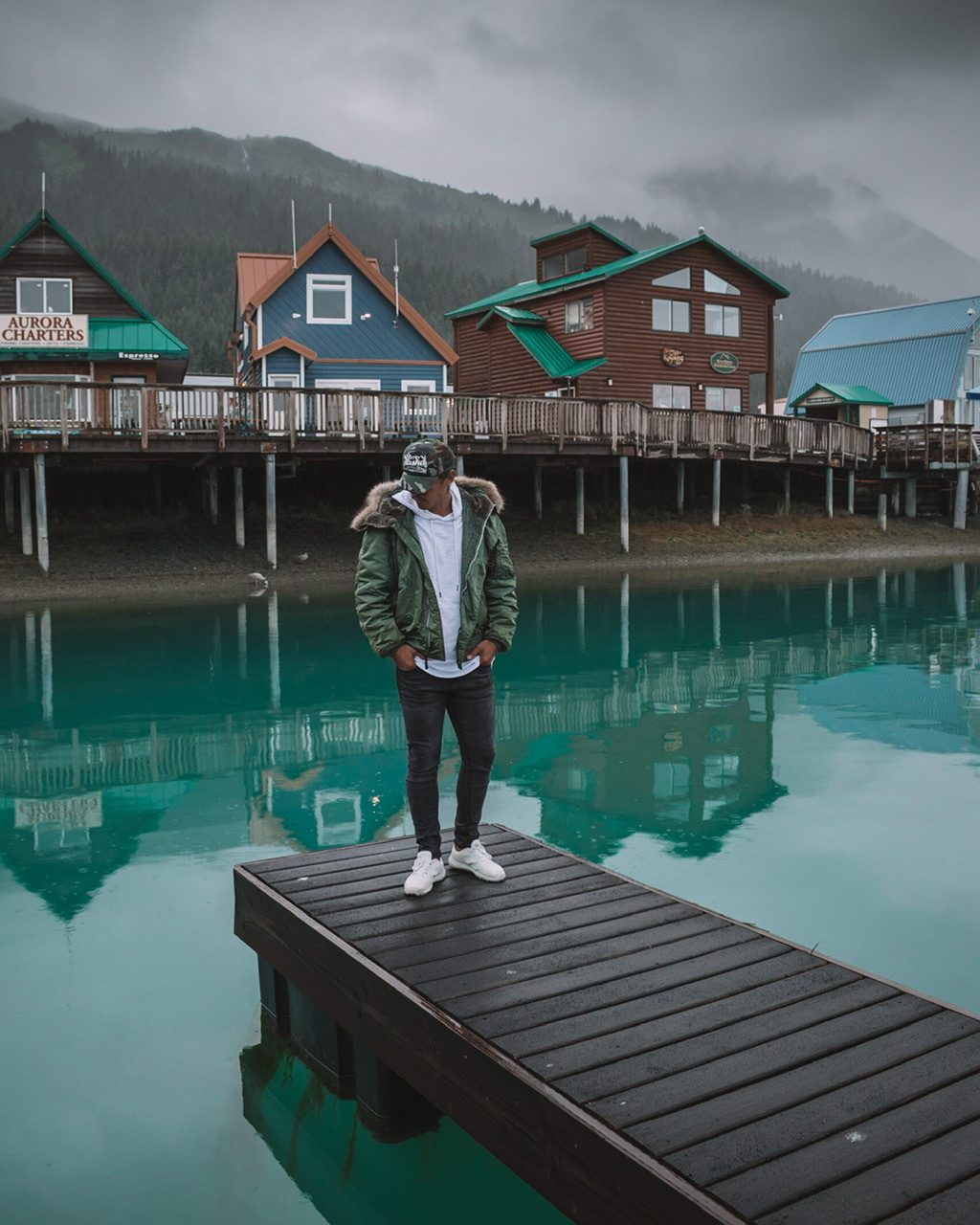 It’s too big for you,,ship this to Scotland

Sorry newbie question what are the yellow tabs in the pockets for? Is that a stock number ?
Thanks
Baz

bazzer said:
Sorry newbie question what are the yellow tabs in the pockets for? Is that a stock number ?
Thanks
Baz
Click to expand...

Im guessing they’re some sort of stores tags, as this thing has never been issued; pretty incredible find.

bazzer said:
Sorry newbie question what are the yellow tabs in the pockets for? Is that a stock number ?
Thanks
Baz
Click to expand...

I believe they may be what some refer to as "cutter tags"; to be removed or cut-off upon issue.
It's strongly indicative that Jorge's jacket is in NOS or unissued condition. Like @917_k says, it's an incredible find!
And you'll come to learn that @Jorgeenriqueaguilera has the greatest talent at finding such amazing pieces, seemingly out of nowhere; only god knows how he does it!