Please help me settle a bet on this jacket!

Hello, I'm wondering if you all might be able to help identify this Leather Jacket I found at Goodwill years ago. It has the cafe racer style collar, but no distinguishing marks as to a vendor or year manufactured. It does have Serval Zippers which I believe date this pre 1990's? Its a pretty nice weight to it and incredibly soft and supple leather. Unfortunately, I believe the liner was donated back to goodwill during a clothes purge a few years ago. The manufacturer tag inside the pocket is so worn it provides no assistance.

If anyone know the manufacturer, date or value of said jacket, I would be extremely grateful.

From what I'm seeing online, it looks like Serval Zippers went out of business before 1983. If so, your jacket can't be much later than that.

Looking at the details of the photos, it doesn't look like a late '80s/early '90s jacket to me. It's kind of hard to tell without someone modelling it, but it doesn't seem to have the huge shoulders that were characteristic of the time. The little flecks of rust/verdigris/patina (not sure what to call it) on the zipper also suggest this is older, and in some of the close-up shots the leather looks nice, which I wouldn't expect of a leather jacket from Sears in the '90s.

I found a very similar looking jacket on ebay: https://ebay.us/JlRNSl It seems to have been made by a company called Lesco, though I don't know enough to say for sure that your jacket was made by them too. They do seem to have featured removeable liners in a lot of their jackets. I've seen ads for Lesco in 1970s and early 1980s newspapers. By the 1990s they seem to show up mostly (if not entirely) as used jackets being sold in classified ads, but that doesn't mean that they necessarily stopped making jackets by then.
Last edited: Jul 13, 2020

I think you’re nearer the mark than your brother. There appear to have been a few manufacturers making jackets like that in the 70’s-I have a Brooks of a similar but not identical design, and have pics of a catalogue dated 1973 where it’s listed. They all appear to have put their labels on the liner, which always disappears leaving nothing in the jacket to show who made it! Mine is the 973Z. I reckon this is of a similar vintage. 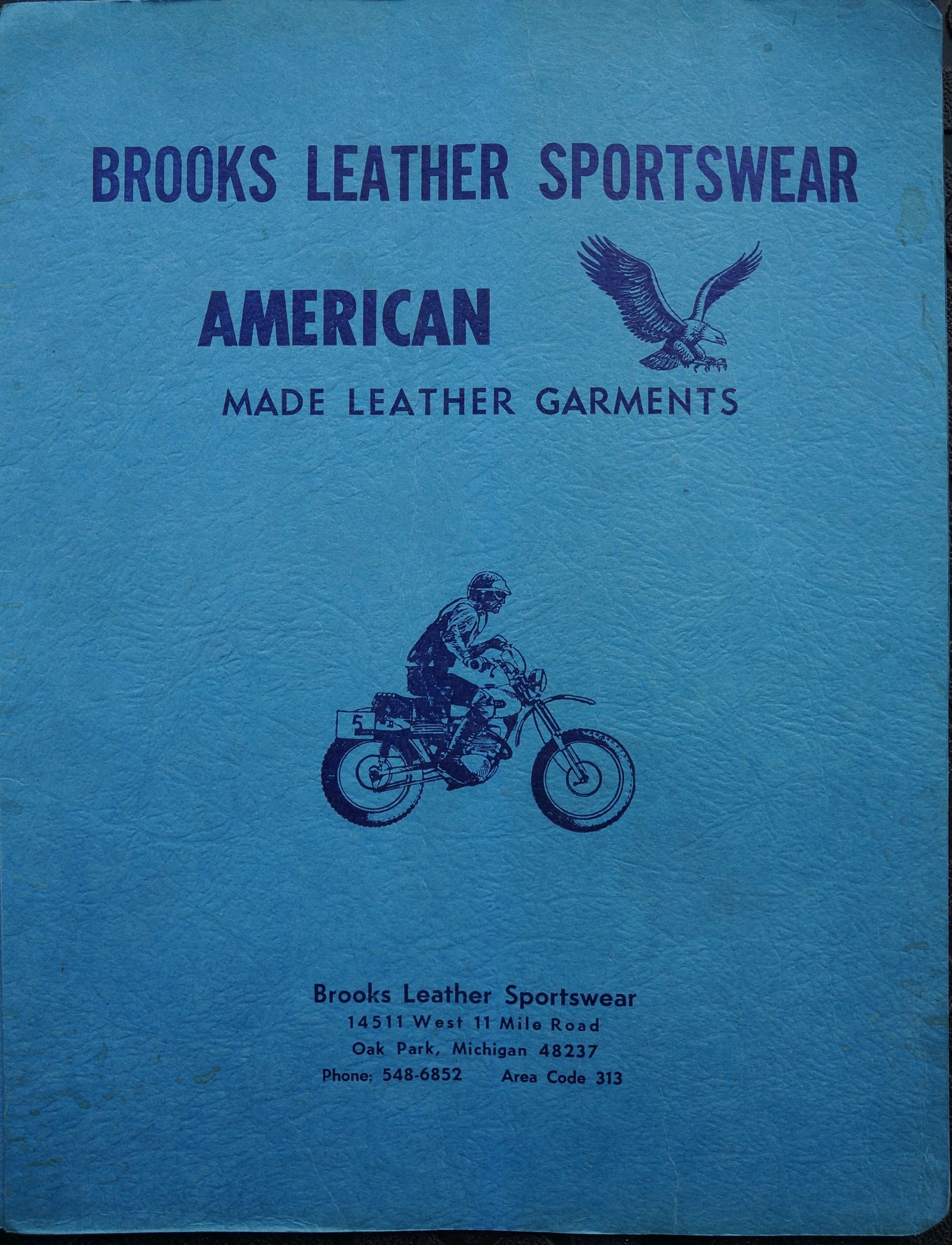 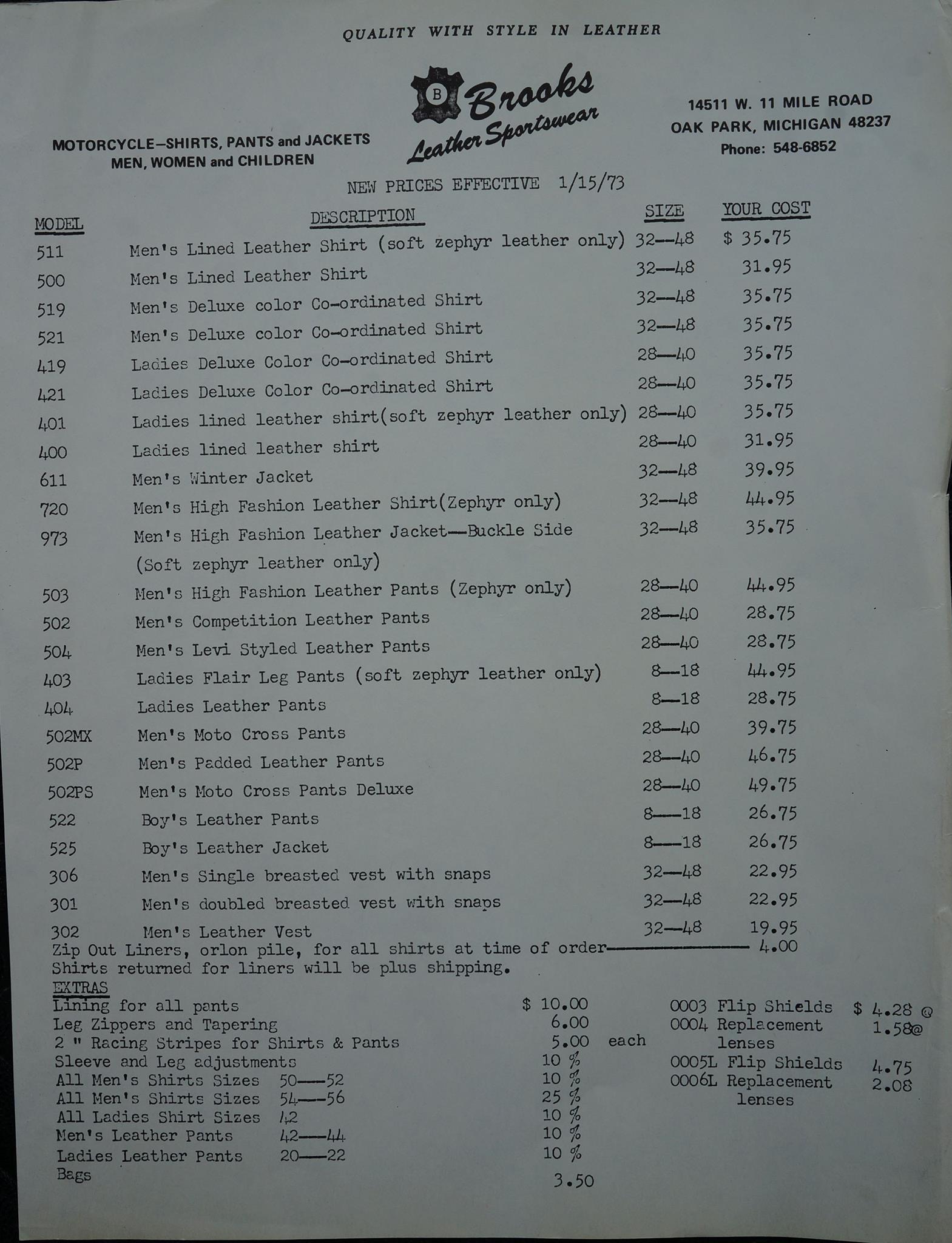 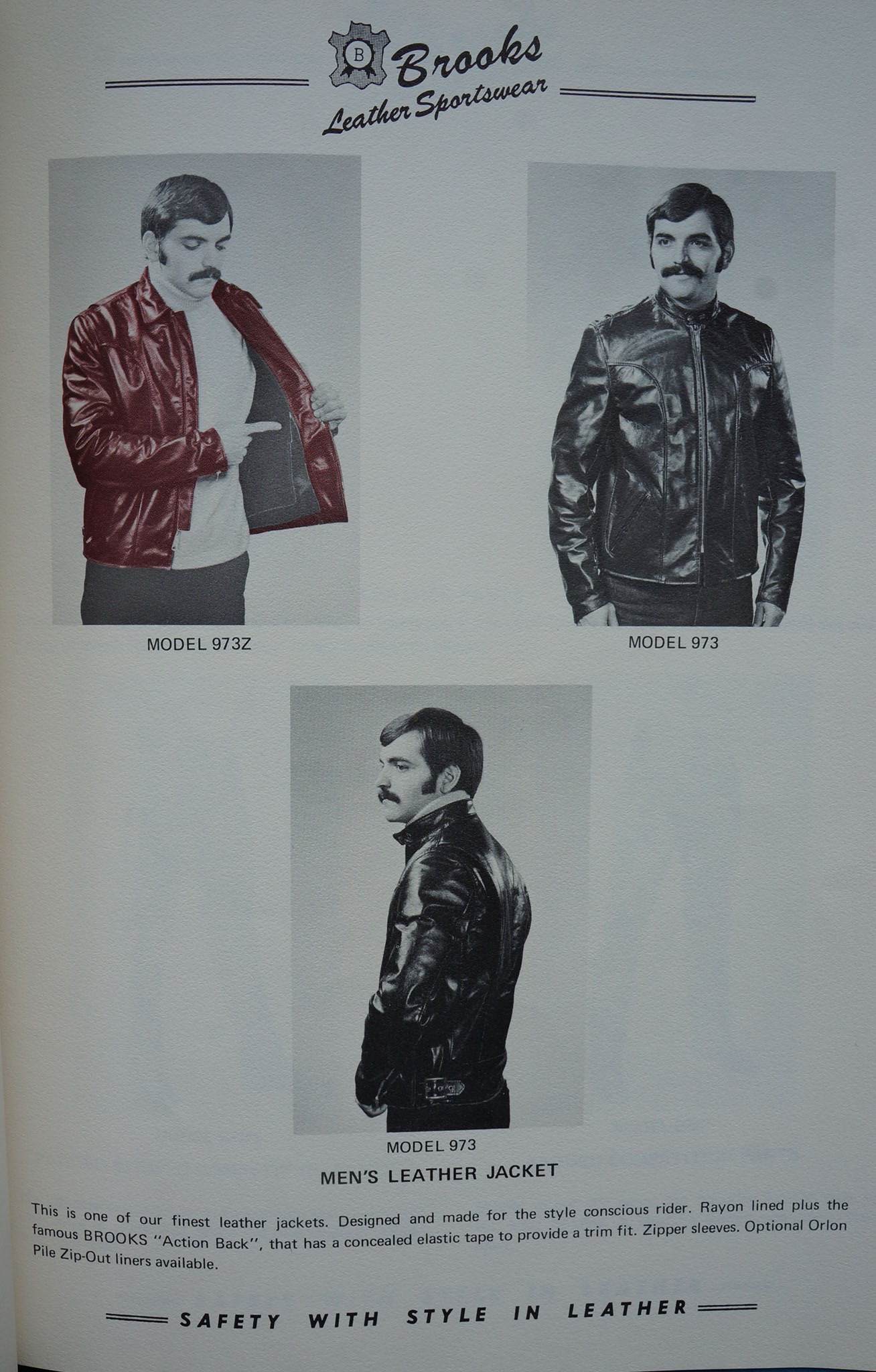 Is that Gomez from the Addams Family?
R

Thank you very much to all those that replied. I appreciate you taking the time to make such thoughtful posts, I really do. It sure does look like a Lesco from the 1970's.

On a side note, does anyone know a trick to get that white paint flecks off the front of the jacket without compromising the leather too much? Google is all over the place with suggestions.
You must log in or register to reply here.
Share:
Facebook Twitter Reddit Pinterest Tumblr WhatsApp Email Link