This photo just popped up again on a FB local history group the area close to where I grew up. A very familiar scene of a bunch of local lads in town sometime in the 60's. They could well have come from or would later drop into the Busy Bee Cafe just few miles away.

Was this a 'look' with a name tied to it?

They went by many names: "Rockers", "Leather boys", "Cafe racers" and later, "Greasers". A big part of the 1950s and 60s subculture in Great Britain. Sworn enemies of the "Mods". 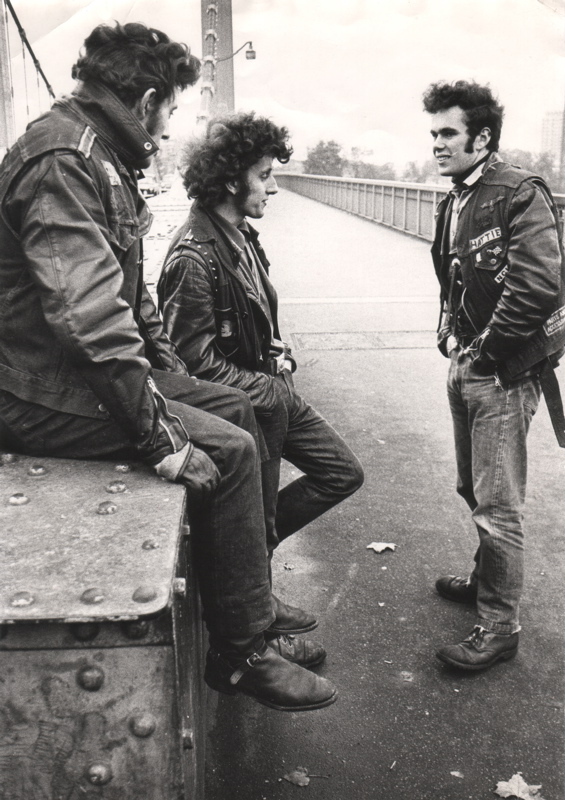 They were called Bodgies back in Oz and NZ in the 50s Couchy.

That's the ones mate. Bodgies were boys and widgies the girls. Peculiar Antipodean terminology I think.

Jethro Tull's "Too Old to Rock'n Roll Too Young to Die" is a fitting tribute to the Rocker subculture in Great Britain:


Some of the lyrics:

Several have already been mentioned but Ton Up Boys was another. Some were Cafe Racer lads who hung out at the old transport cafes and used them as starting and finishing points for racing. The Busy Bee at Watford was one of the local places, at night you could hear the bikes way way off in the distance would slowly growing louder and loudert as they tore up and down the bypass. The Ace Cafe on London's North Circular was another. 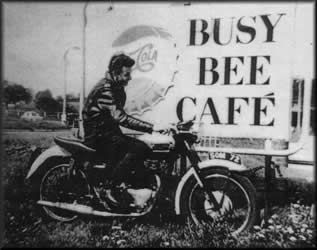 A rather clinical and brief resume...

Hattie and other original rockers on Chelsea Bridge, London The rockers and members of a British subculture originated in the U.K in the 50’s. They are mainly centered in cafe race, motorcycl…