Three Supermarine Spitfire Mark VBs, ZD-P, -F and -E, of No.222 Squadron based at North Weald, flying in 'vic' formation over the Essex countryside. 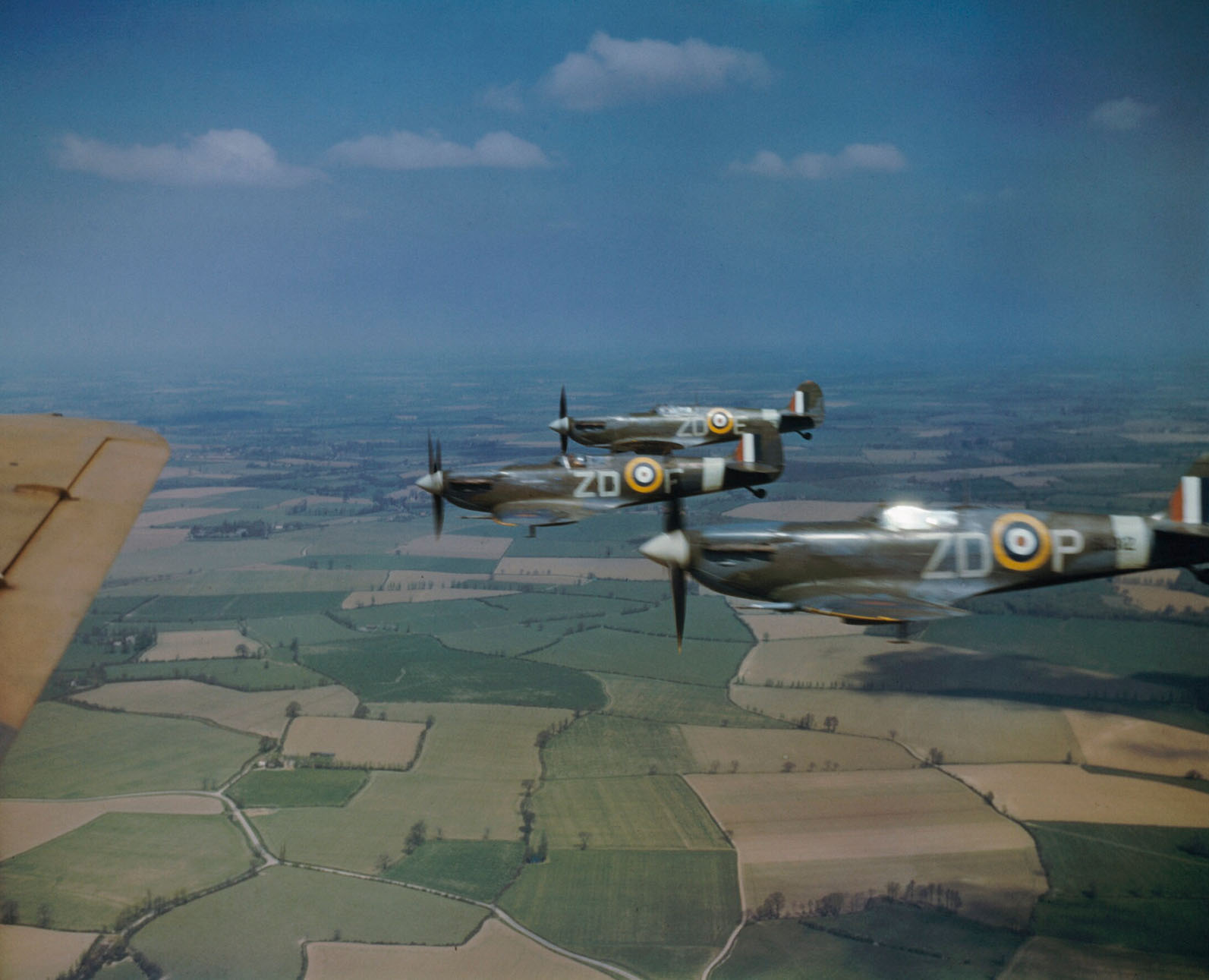 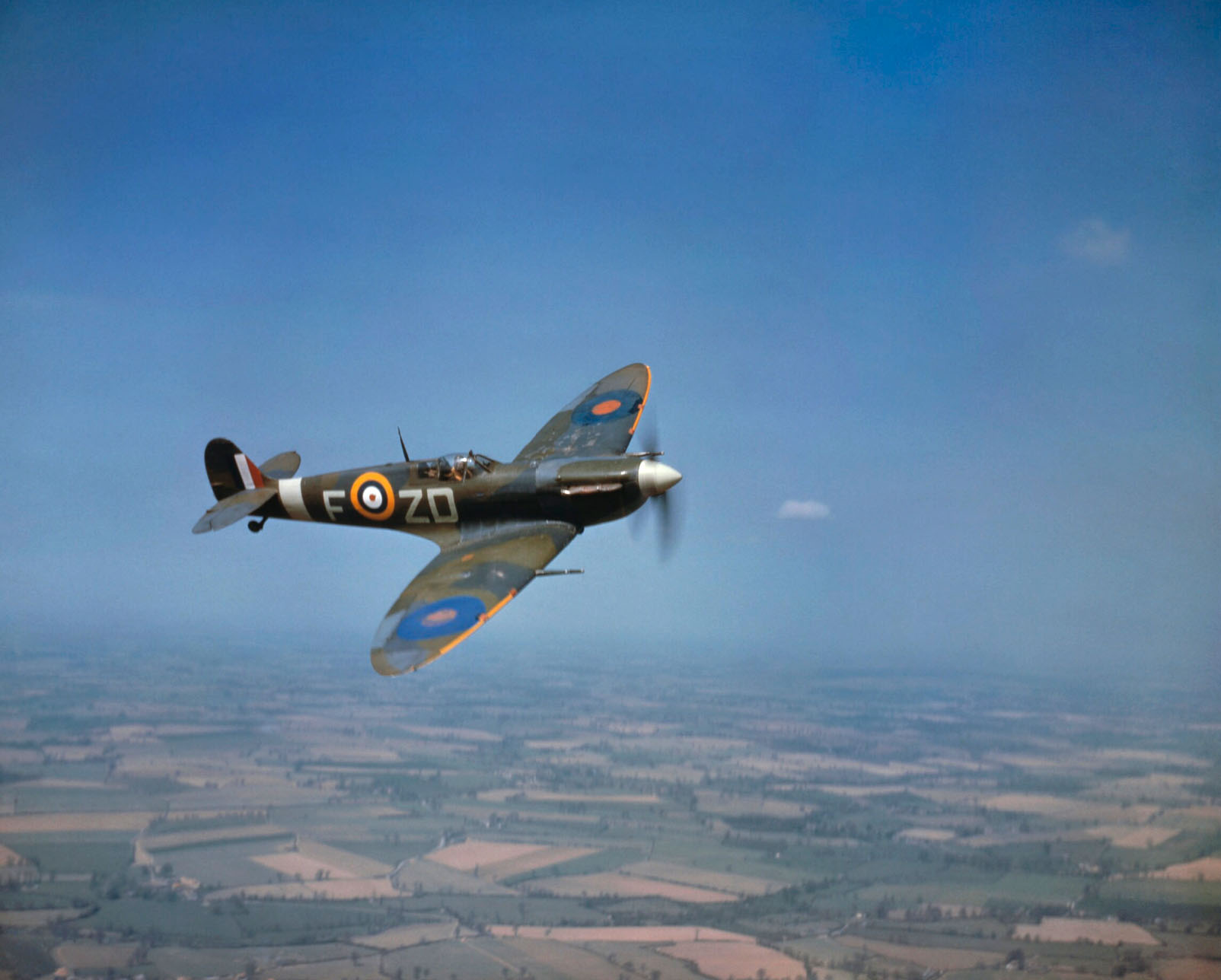 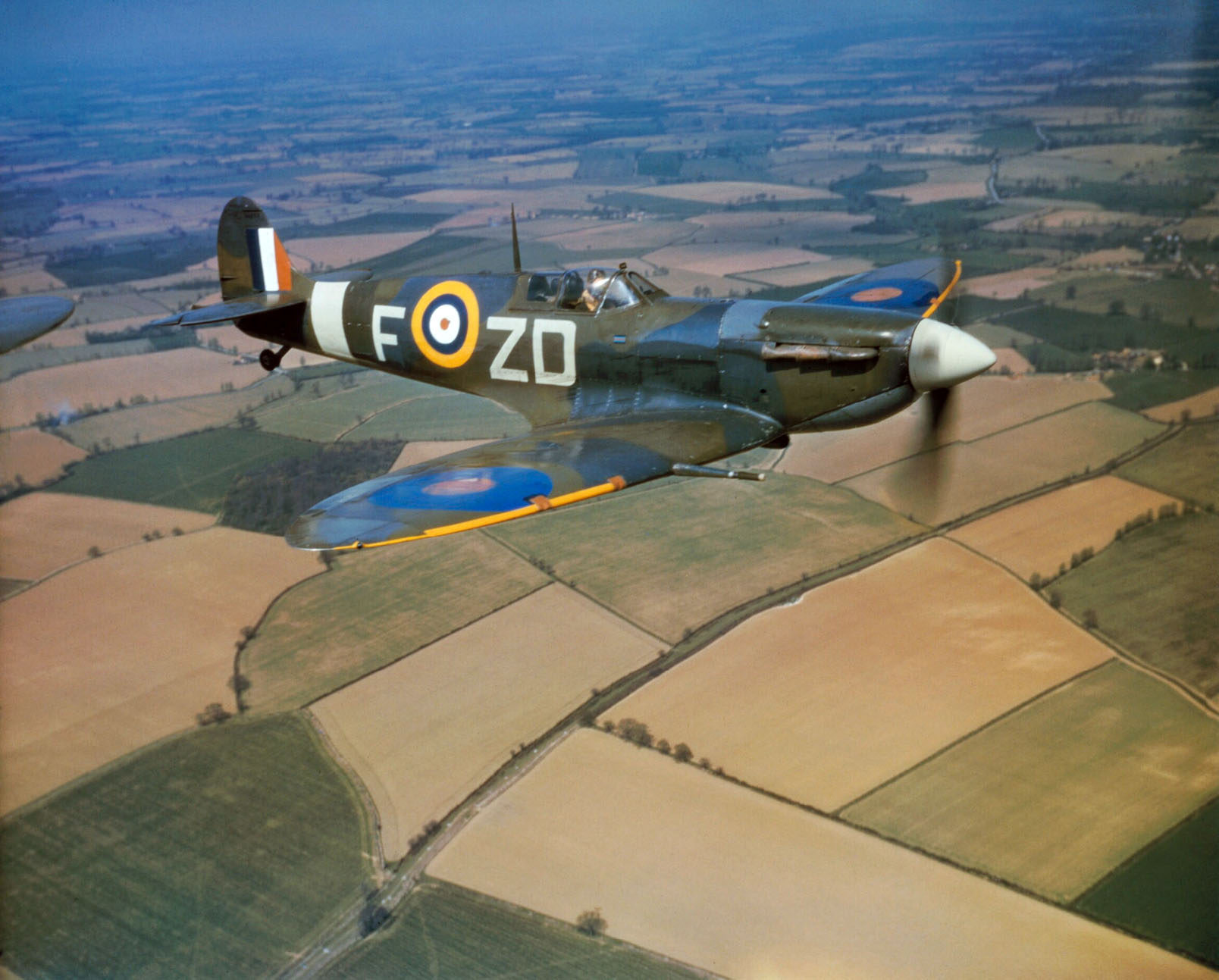 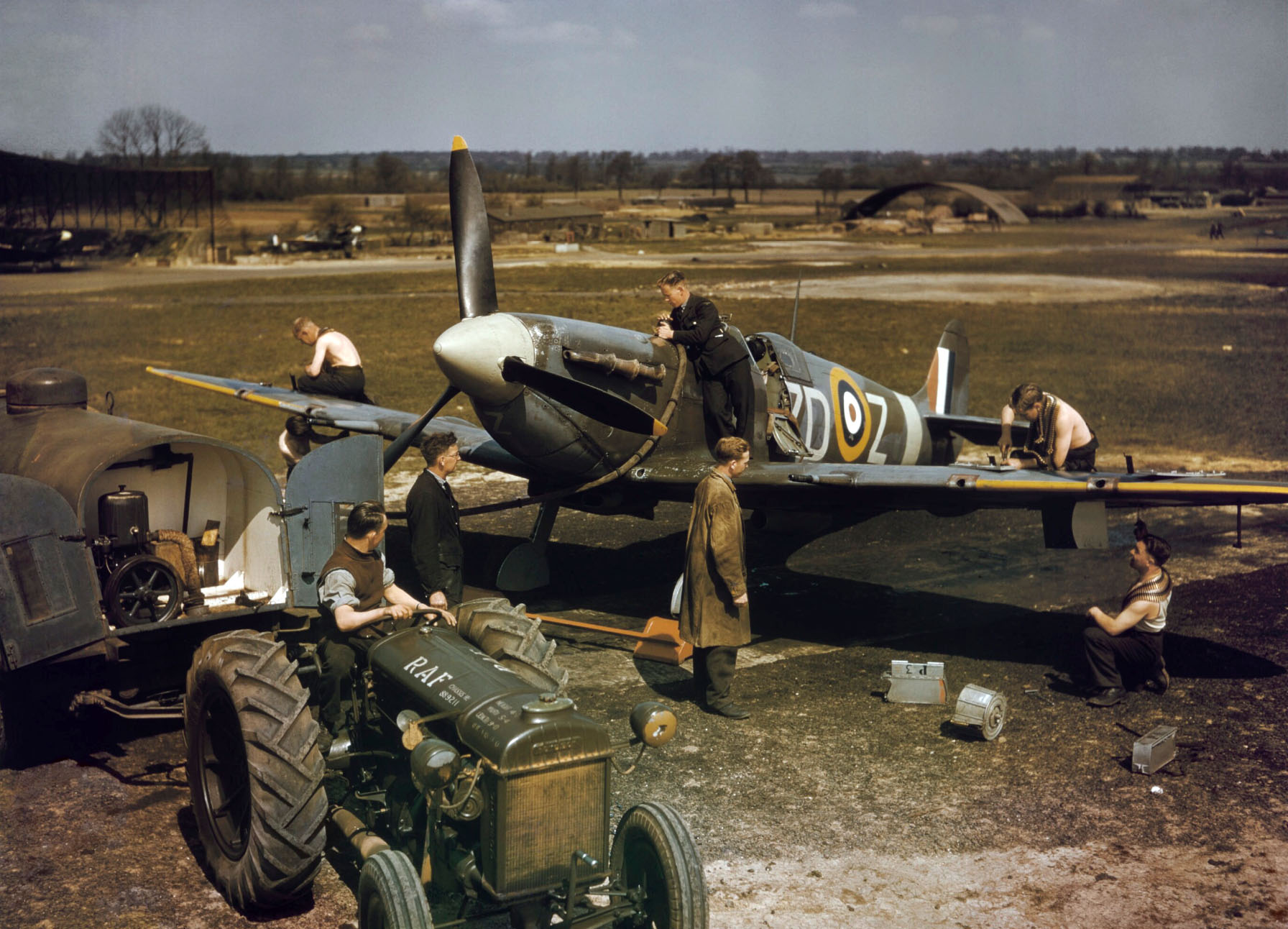 Two very famous and important photos. Important because they show the initial "Mixed Grey" colour which was introduced in August 1941 with the new Day Fighter Scheme and predated and was darker than the Ocean Grey which became standard for the scheme once stocks became available.
You must log in or register to reply here.
Share:
Facebook Twitter Reddit Pinterest Tumblr WhatsApp Email Share Link