would you ,wouldnt you ?

I have this pic from an auction(?) in the US , a friend of mine was jumping up and down saying he finally manged to get the B15 he was looking for .
Now im not so sure that what he think he has bought is what he thinks it really is .
The pic he sent , so dont blame me for the quality of it !
Im certain its not original spec , zip placement looks too central even at the angle the pic is taken at . 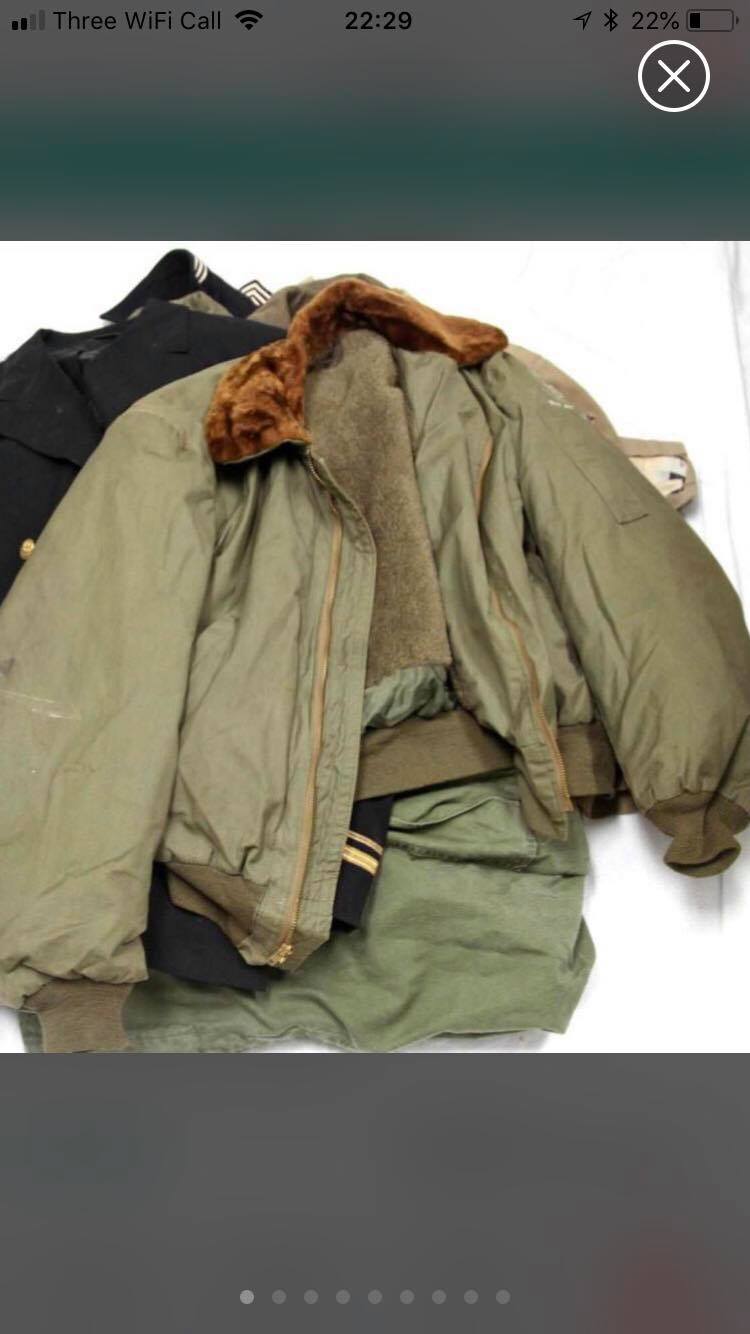 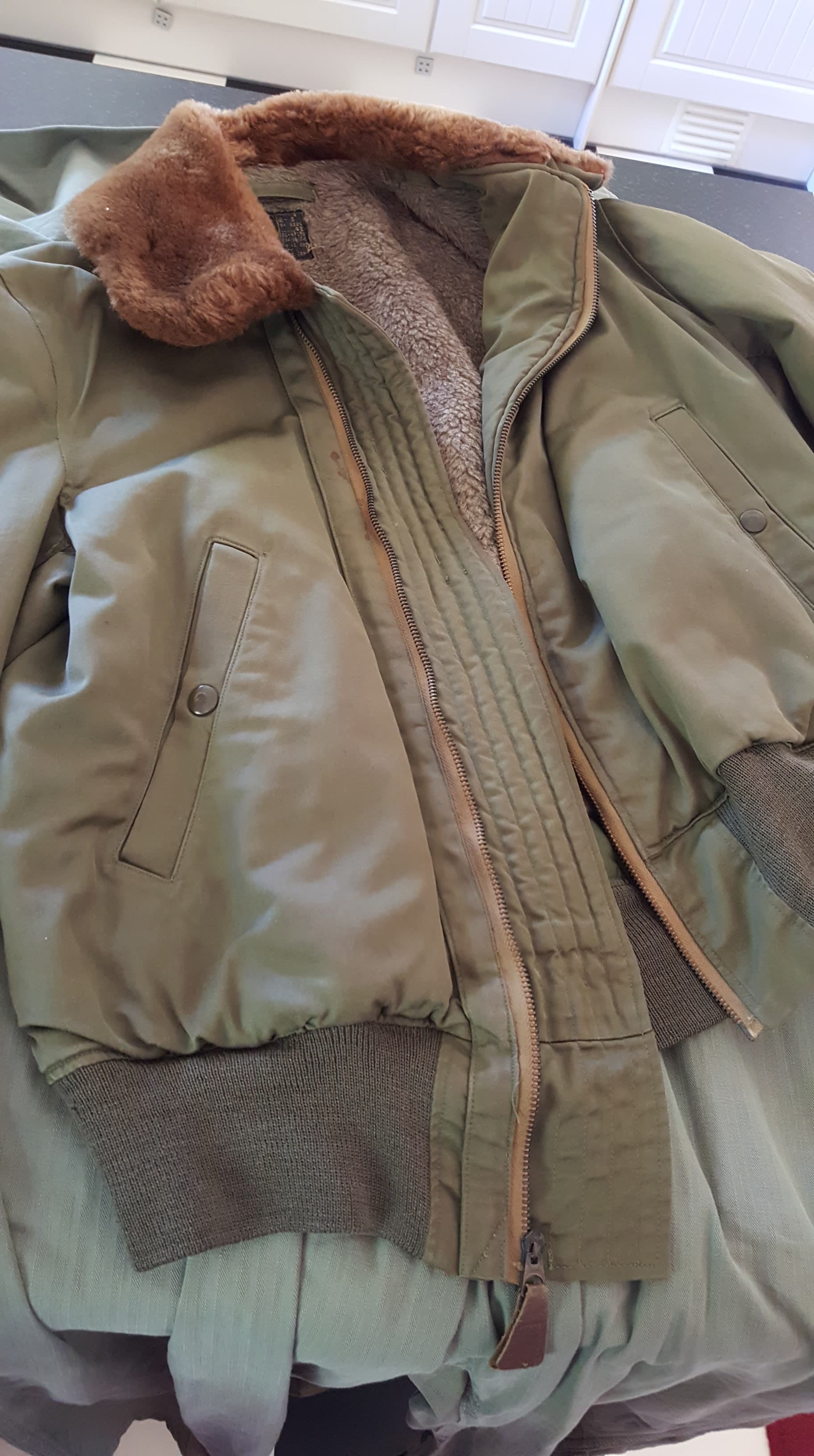 looks original to me or a very dirty quality repro?

Looks fine to me too

Zip not look a little shiny ? Also where the zip placement is on the right hand side of the jacket , where it finishes upto the collar , very central looking to me .

It's always tricky with photos Carl and especially not very high res ones. A very big factor which can skew appearance is the angle that the photo is taken which in this case could be affecting the proportions and distances between elements in the jacket. When I was re-cataloguing everything from one of the exhibitions here at the museum I was having to take multiple photos of objects and it was amazing how much lighting and angle especially could alter appearances.

CBI said:
looks original to me or a very dirty quality repro?
Click to expand... 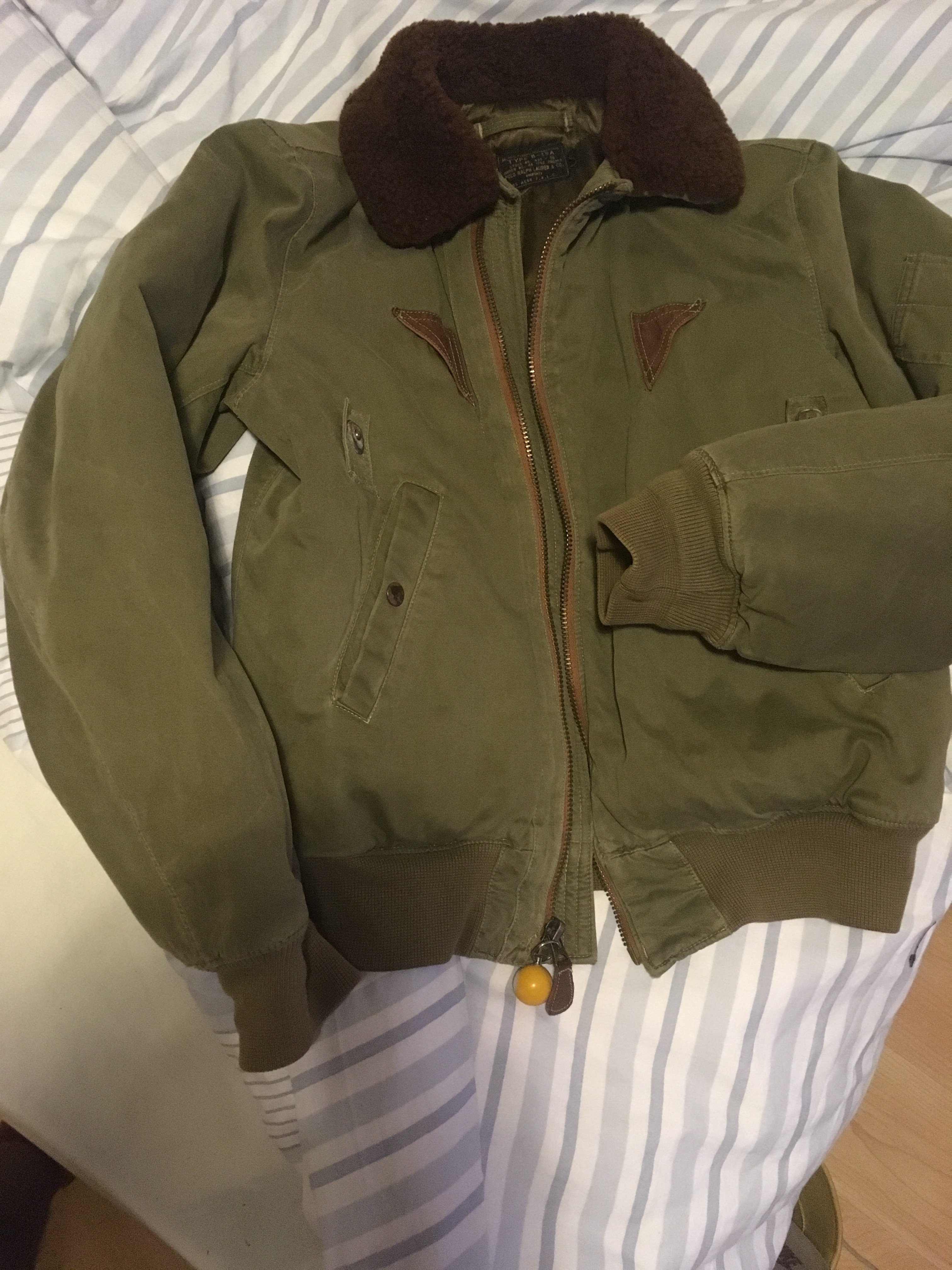 Zip is the first thing I noticed but the white meatball on the left arm looks cool I just got a rep Ralph Lauren B15a for a bargain from an ebayer with a score 0. So when it actually arrived I was chuffed

Well as soon as he gets it in hand he is going to send over some better pics . Im still not convinced , but if it is original he got the bargain of the year !!