Why did we humiliate the Polish aces after their Battle of Britain heroics? How an ungrateful nation wanted to deport the men our women fell for and Hitler feared.

Just about every book I have read by foreign airmen who flew with the RAF in WW2 from Poles, frenchmen, americans and others all seem to mention the disdain and contempt some RAF officers had for them.
Those from the commonwealth countries and the dominions also seemed to suffer from that to a lesser degree.
I don't recall reading about the general public or the erks having that attitude, though the article does show prejudice after the war towards the poles from sections of the general public.

I used to work at Uxbridge signal cabin on the underground in the 1980s and I used to have a pint after work with a retired Polish underground train driver who had fought with the polish parachute brigade at Arnhem.
After the war his family in Poland where persecuted by the communist govt. because he had fought with the British and the only job he get after the war [he was a qualified engineer] was working on the platforms as a railman [station attendant] on the underground, he worked his way up to a train driver.
He was not bitter though, like most poles of his generation he was more heart broken about what happened to his country than his own problems.

There where 200 000 displaced Polish servicemen in the UK at the end of WW2.

It's a real shame the Pole's never got the recognition they deserved. They were some crazy intense fighters! I hope the special Memorial to honor their bravery and contribution does get built.

I think a lot of people underestimate the class system in the UK I am sure this had a lot to do with it .

The Poles and those of other nations who contributed to the Allied cause have always been appreciated by many, many people I know.

Kennyz said:
It's a real shame the Pole's never got the recognition they deserved. They were some crazy intense fighters! I hope the special Memorial to honor their bravery and contribution does get built.

Three years later and nothing as the British govt will not fund it.

The Polish air force memorial in South Ruislip, London.
Admittedly the economy was in ruins after the war, rationing did end until 1954, meat being the last rationed item but the British govt. did not deem it appropriate to spend money to honour the Polish pilots many of whom who died over the skies of England.
Originally the names of 1,243 Polish airmen who died during the war were inscribed on the monument. Subsequently another 659 Poles were identified whose names should be on the monument.

"Officers from the Polish Air Forces in France and Great Britain who settled in Britain after the war formed the Polish Air Force Association. They decided to erect a monument and a committee, led by Air Vice Marshal M Izycki, raised the necessary funds mostly from British people. It was unveiled on 2 November 1948 by Lord Tedder, Chief of the Air Staff, after a speech by Viscount Portal of Hungerford in which he said that it was a sad blow that many Polish veterans were unable to return home, as their country had been occupied by the Soviet Union. He added that it would be to the mutual advantage of Britons and Poles that the latter were to make their home in Britain.

The Polish sculptor Mieczysław Lubelski, who had served in the 1944 Warsaw Uprising and been interned in a German concentration camp, designed the monument. It is made from Portland stone and Polish granitewith bronze lettering. It is surmounted by a bronze Polish eagle, which is the symbol of the Polish Air Force." 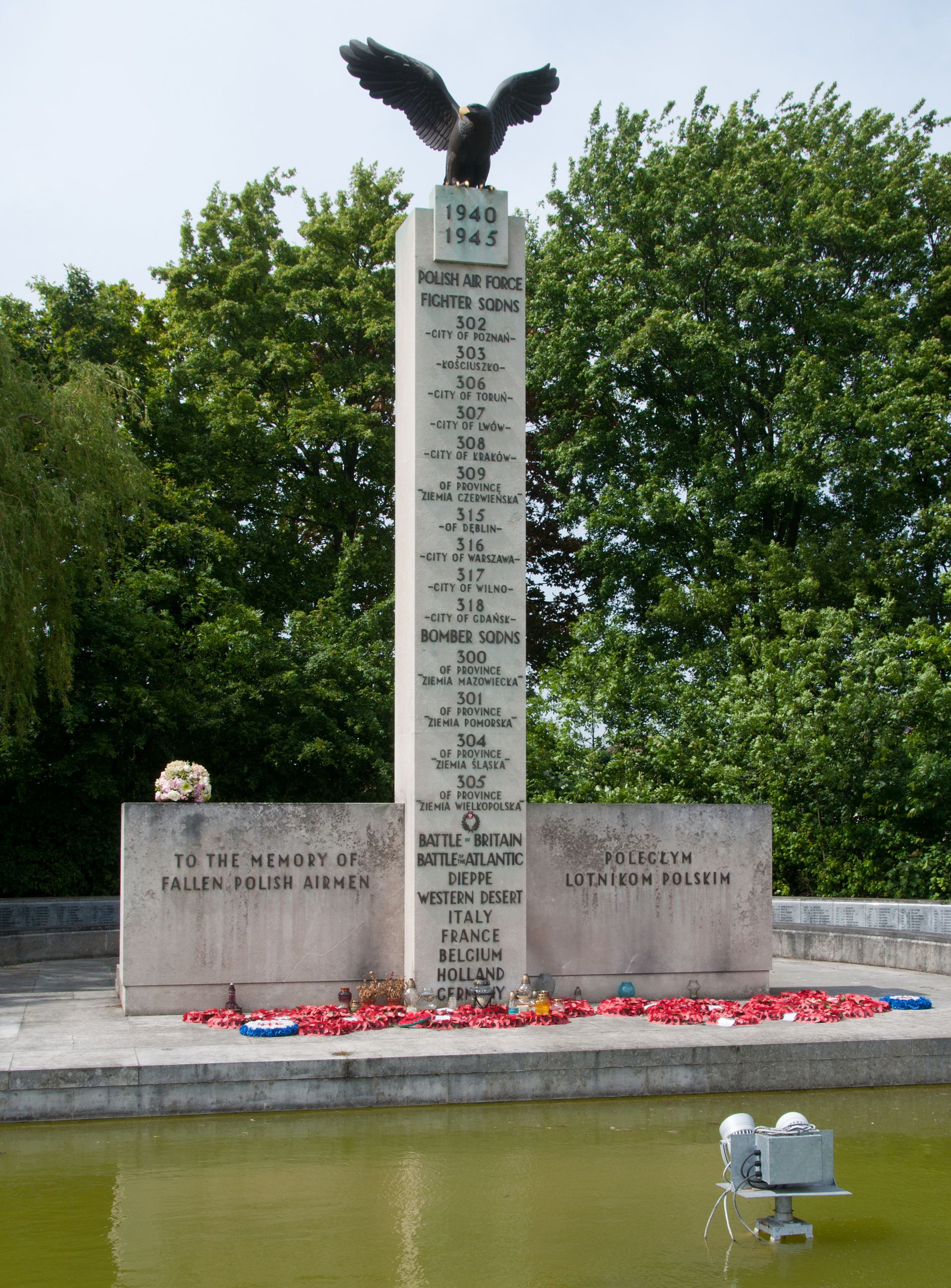 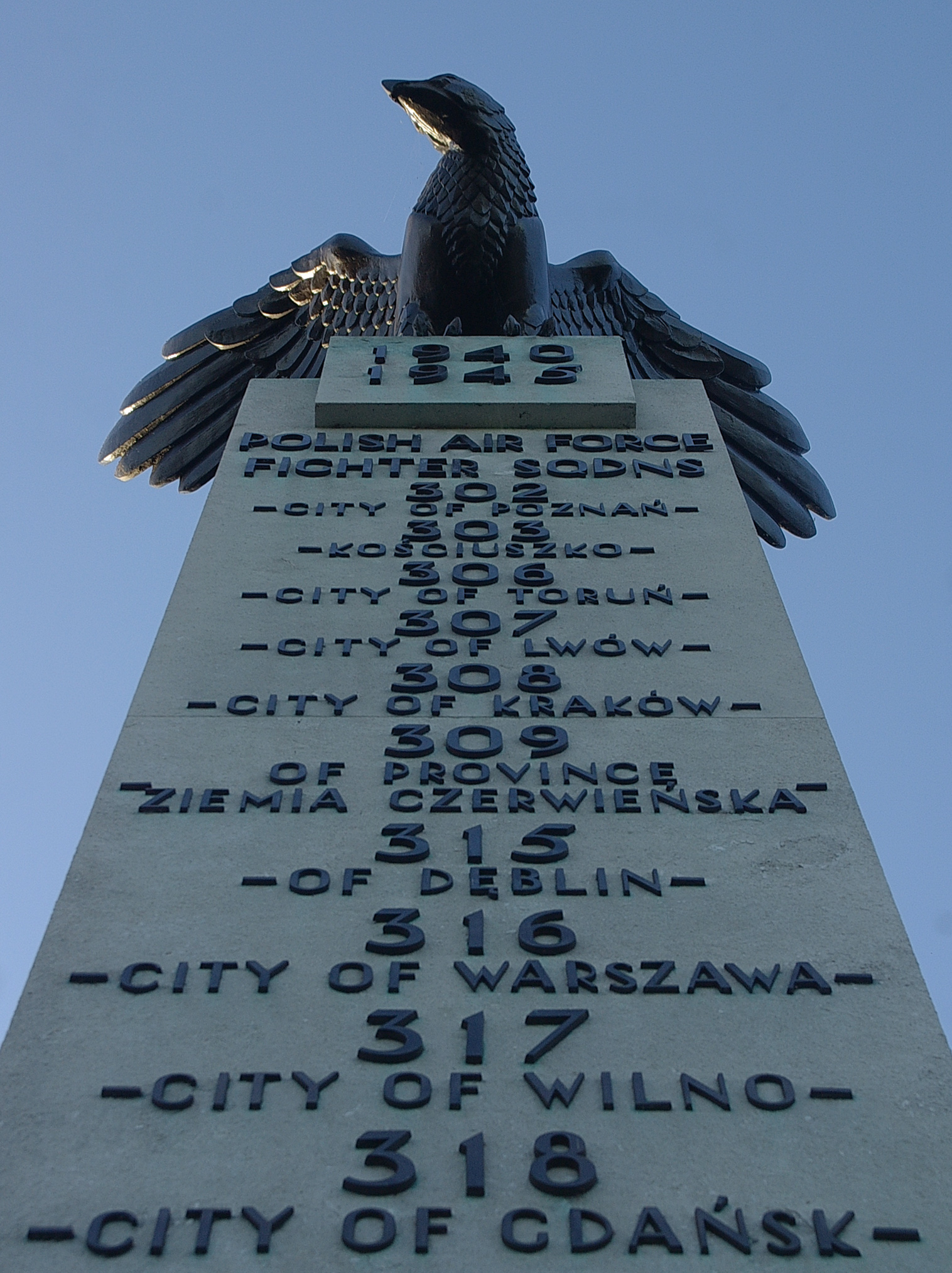 Bombing IP said:
I think a lot of people underestimate the class system in the UK I am sure this had a lot to do with it .

Certainly it was a big issue.
Not all British officers where upper class, public school Col blimp types looking down with contempt on those they considered their social inferiors, there where highly able competent professionals but there were also many who seemed unable to understand the concept of combined arms mobile warfare the Germans practiced though it was hardly unknown as the British had been training for mechanised warfare in the 1930s.
The British Expeditionary Force (BEF) in France was also entirely mechanised which was certainly not the case for the German Army.

But you can see the attitude toward foreigners when this was the way that Commonwealth troops where regarded by many.
Their attitude towards the Australians, New Zealanders and Canadians was much as it had been in WW1, they where good fighters but the officers who where mainly in their countries militias between the wars as the commonwealth countries had no standing armies and only small cadres of regulars for staff work and training where not fit for higher command.
The Americans and Germans where generally very ruthless in removing incompetent generals, unfortunately the same cannot be said of the British army until later in the war sadly for those who had to serve under them , a lot more leeway was given unless you came into the disfavour of Churchill or later on Montgomery.
Also the underlying prejudice that colonials where like us but not quite as good, the poor cousins so to speak, the troops where seen as unruly and having less discipline, this was the case in ww1 but too a lessor degree in ww2.
The familiarity between officers and men was an anathema to British regulars, there are two types of discipline bullshit, blanco and squarebashing and battlefield discipline which is the one that counts when push comes to shove.
Like the Americans the commonwealth troops where not in awe of anyone because they had a title where rich, from the landed gentry, royalty or an officer, they considered themselves the equal of anybody else, of course they had their "upper classes" but it was a question of wealth not class.
The officers, ncos and even privates would question orders if they thought there was better way and in the attack if all the officers where killed or wounded ncos and privates would take leadership and continue on.

Australian General Lelsie Morshead the commander at the siege of Tobruk was one of only a few Allied divisional commanders with a distinct record of success at this stage of the war and had been acting commander of the British XXX Corps a formation largely composed of Commonwealth troops on two occasions and had hopes that he might be given command of a corps but was passed over for command in favour of a British regular Oliver Reese who was junior to him and had never commanded a division in battle.
Disagreements with Auchinleck over tactics and orders had led to the him labelling Morshead "a difficult subordinate" and unfit for higher command.
The new commander of the eight army Lieutenant General Bernard Montgomery felt that a militia officer could not "possess the requisite training and experience"to command a corps.
Later at the second battle of El Alamein the "unfit for higher command" Morshead commanding the Australian 9th Division was given responsibility for clearing a corridor through the German and Italian forces in the North and threatening to cut the axis forces off between the coastal road and the sea. In the initial assault the division hacked its way through the enemy defences but failed to clear the minefields. As the British attack faltered the main effort switched to the 9th Division,which punched a massive dent into the German and Italian positions over the next five days at great cost "crumbling" the Afrika Korps in the process, their gains so worried Rommel that he diverted his strongest units to stop them. With Rommel’s attention firmly on the Australians in the north, this left his line weakened further south and on 2 November British tanks struck a decisive blow there. The Panzerarmee had suffered crippling losses and Rommel was forced to order a general withdrawal, or face total annihilation, the Australians did not win the battle on their own but without their efforts the outcome would have been questionable.
During the El Alamein Campaign, the 9th whilst only a division out of the 195000 troops involved in the attack lost 1,225 killed out of the total 2,350 men who died in the battle. 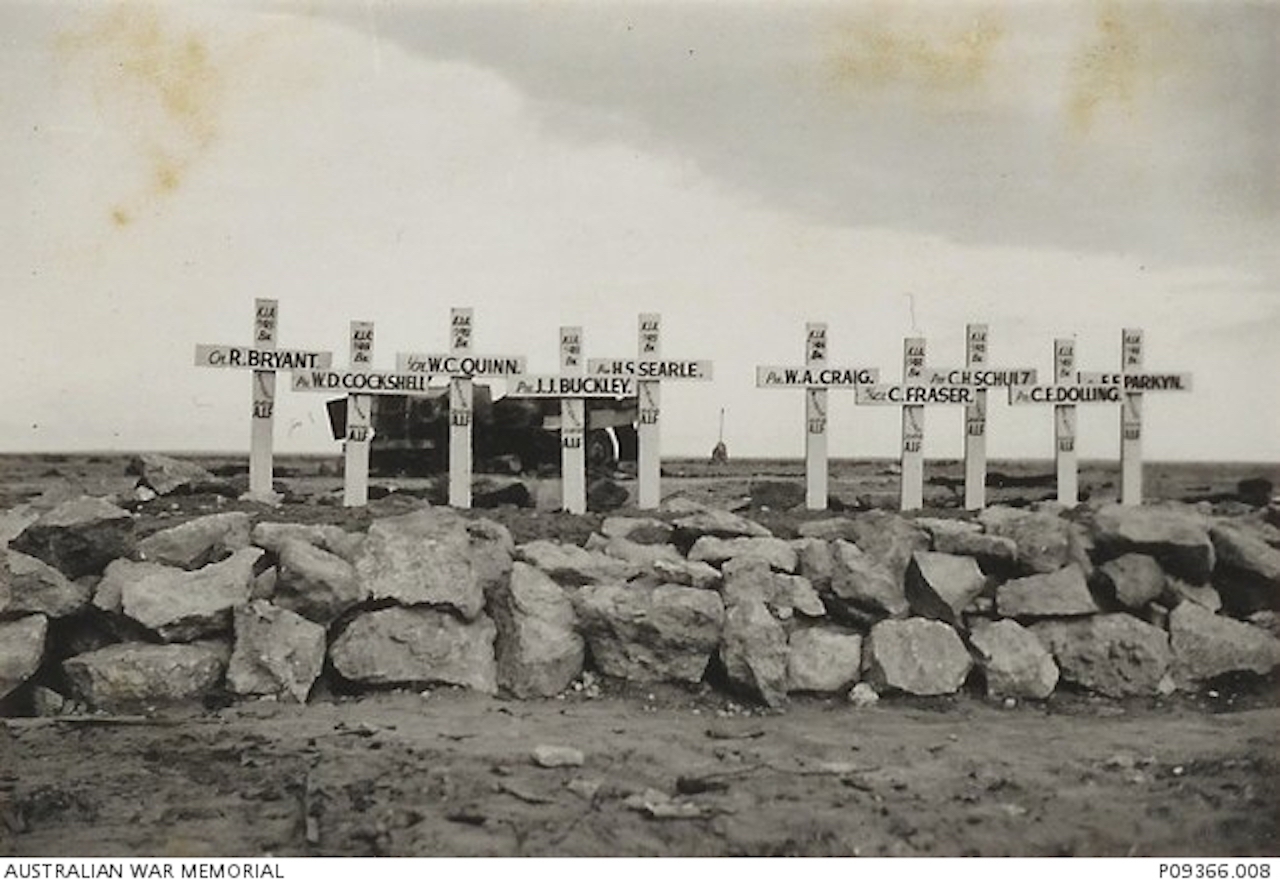 The original graves in El Alamein War Cemetery, of soldiers of the 2/48 Battalion, 9th division AIF

Respect an honor to these men and women!

Jeez, we forgive the Germans for genocide and yet still rake this muck and bad feeling up 75 years later.
And i’m loving Americans comments who don’t know or understand the UK now let alone that long ago....
There were many injustices during the war and after - massive incidence of rape of french women by US troops or neglect of German PoW’s by all allies or handing back of Russian PoW’s anyone ?

What about the alleged murder of French Noblemen after Agincourt ?

Officer Dibley said:
Jeez, we forgive the Germans for genocide and yet still rake this muck and bad feeling up 75 years later.
And i’m loving Americans comments who don’t know or understand the UK now let alone that long ago....
There were many injustices during the war and after - massive incidence of rape of french women by US troops or neglect of German PoW’s by all allies or handing back of Russian PoW’s anyone ?

What about the alleged murder of French Noblemen after Agincourt ?
Click to expand...

It is very relevant 75 years later given the anti Polish sentiment that still exists in the UK.

After months of anti-immigrant rhetoric in the run up to EU referendum in the UK in June 2016, the number of racially aggravated offences recorded by the police in the same month was 41 per cent higher than in July 2015 (Home Office 2016Home Office. 2016. Hate Crime, England and Wales, 2015/16. Statistical Bulletin 11/16. http://report-it.org.uk/files/hate-crime-1516-hosb1116.pdf. [Google Scholar])

According to figures obtained by the Guardian, in 2013, British police officers arrested at least 585 people for hate crimes against Polish people – a figure that may be a large understatement, as the newspaper was only able to get numbers from 26 of the country’s 46 police forces. A survey from 2014 found that 81 percent of Polish people living in Britain had been subjected to verbal or physical abuse or knew another Polish person who had.

I'm from Kentish Town NW5, I live in Australia now, so I am not someone from overseas with an axe to grind against the UK or a person with ignorance of British society and customs. I'm just a Londoner with a feeling of shame that such things happen.

Sorry but I'm out of this thread. I don't login to VLJ to discuss politics.

Officer Dibley said:
Jeez, we forgive the Germans for genocide and yet still rake this muck and bad feeling up 75 years later.
And i’m loving Americans comments who don’t know or understand the UK now let alone that long ago....
There were many injustices during the war and after - massive incidence of rape of french women by US troops or neglect of German PoW’s by all allies or handing back of Russian PoW’s anyone ?

What about the alleged murder of French Noblemen after Agincourt ?
Click to expand...

I do not see any American comments ?.