Ran across these. No makers label. I'm just guessing that these are genuine, but taken apart by the costume departments and remade to the stars' dimensions - befitted as it were. John Wayne in "Flying Tigers" & Bob Crane in "Hogans Heroes". 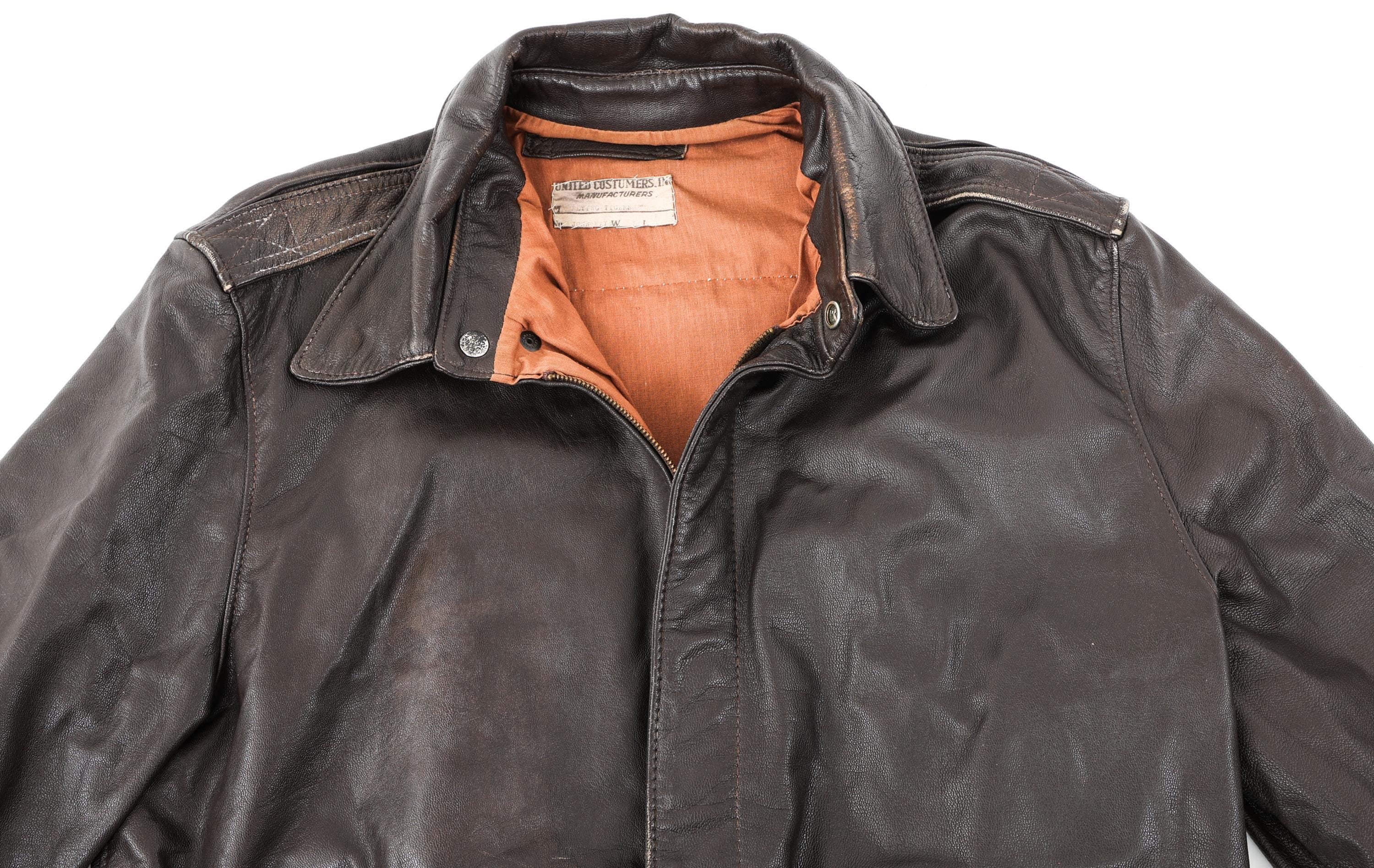 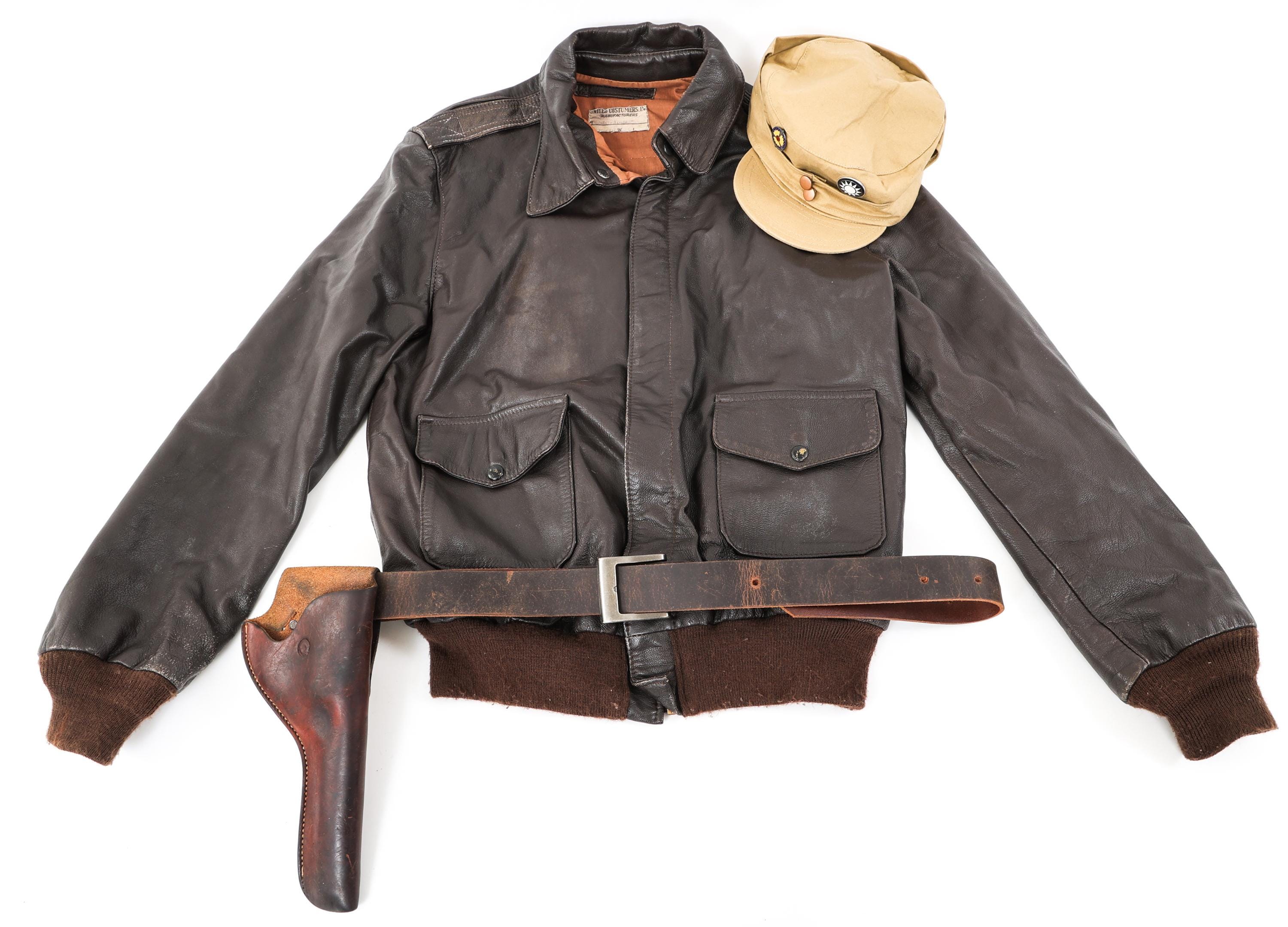 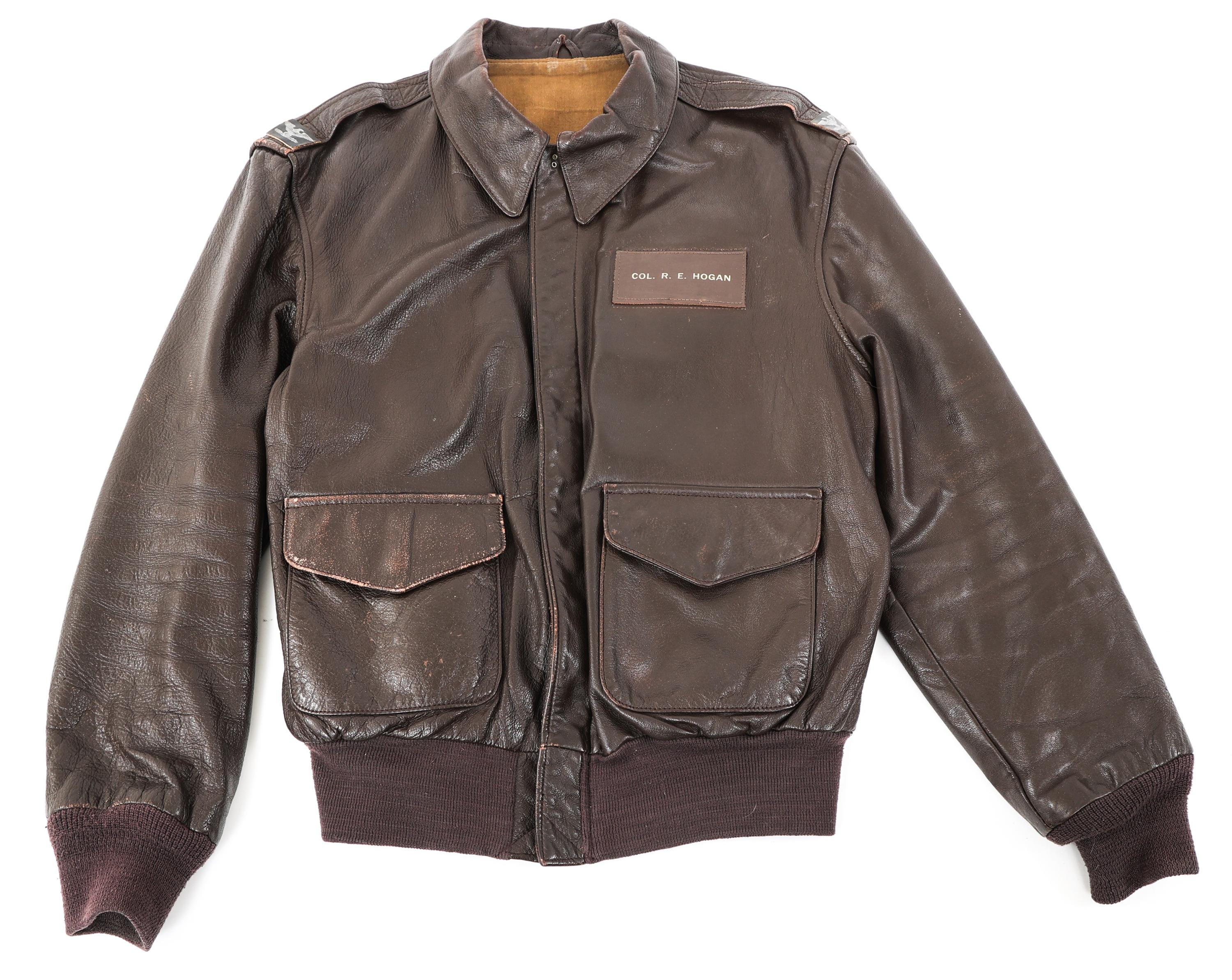 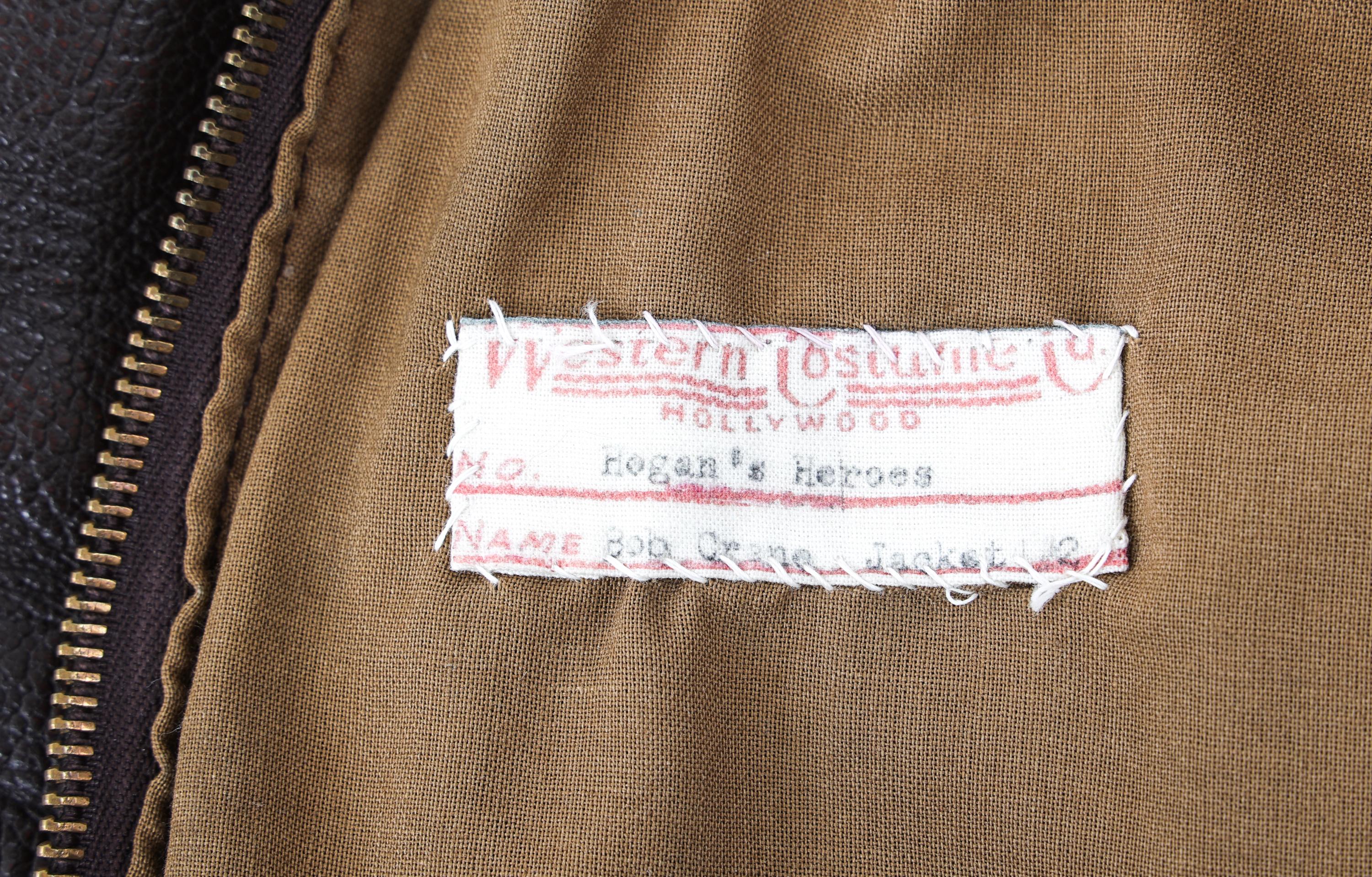 Thanks. Good to know. The same auction had cloth jackets from the "Combat" tv series.

Do they show the jacket backs? If they're 2 piece backs, that's a dead giveaway to non-issue.

tda003 said:
I'm just guessing that these are genuine, but taken apart by the costume departments and remade to the stars' dimensions - befitted as it were.
Click to expand...

Most likely not. I recall reading that Crane wore a lambskin costume A-2 that had previously been worn by Frank Sinatra in a WW2 flick. This is likely it. I find it very unlikely that a costuming department in the '50s/'60s would go to the trouble of taking apart a WW2 jacket and remaking it. They'd either just grab a surplus original and use that (e.g. in the Great Escape), or make a new one.

mulceber said:
I recall reading that Crane wore a lambskin costume A-2 that had previously been worn by Frank Sinatra in a WW2 flick.
Click to expand...

But I've heard that story debunked and re-proven a few times over, too. I also heard Crane's son owned the actual jacket (he loaned it to be used in the Crane bio-pic, Auto Focus, as the story goes*), so is this the actual jacket? Gotta wonder.

First in the IMDB trivia list for the flick.

Interesting information - the Western costumes label above says "Bob Crane Jacket #2," so who knows. At any rate, it's decidedly not an original, and almost certainly not made out of original parts.

Good eye -- didn't catch that on my phone screen.

At any rate, it's decidedly not an original...
Click to expand...

What's incredibly interesting to me about this series are the actors who played the various roles. Col. Klink and Sgt. Schultz were Jews who fled to the US to avoid prosecution. "Klink" served in the U.S. Army. "Schultz"'s entire immediate family was killed in a concentration camp. Lebeau, who was Jewish, was interned in a concentration camp as a child.

The first time I watched Werner Klemperer in "Judgment at Nuremberg" I couldn't get Col. Klink out of my head, but his acting talent won me over.
W

On the TV show Hogans A2 had the AAF wings decal on one shoulder. I don’t see one on this jacket

Making no claims to authenticity. Just posting the pictures.

WBOONE said:
On the TV show Hogans A2 had the AAF wings decal on one shoulder. I don’t see one on this jacket
Click to expand...

That must have been "Bob Crane Jacket #1"!
Have to admit that I have Hogan's Heroes on dvd and enjoy watching. Even though TV Guide declared ranked it as #5 in the worst TV shows of all time.

Yep, I still really like that show. Some great fun to be had watching it.

Most surreal occurrence in some of my travels back in the 2000s; finding Hogan's Heroes reruns to be popular on German TV then.

Not sure if it still is.

I watched every episode when it was on.

tda003 said:
I watched every episode when it was on.
Click to expand...

How about The Wicked Dreams of Paula Schultz? 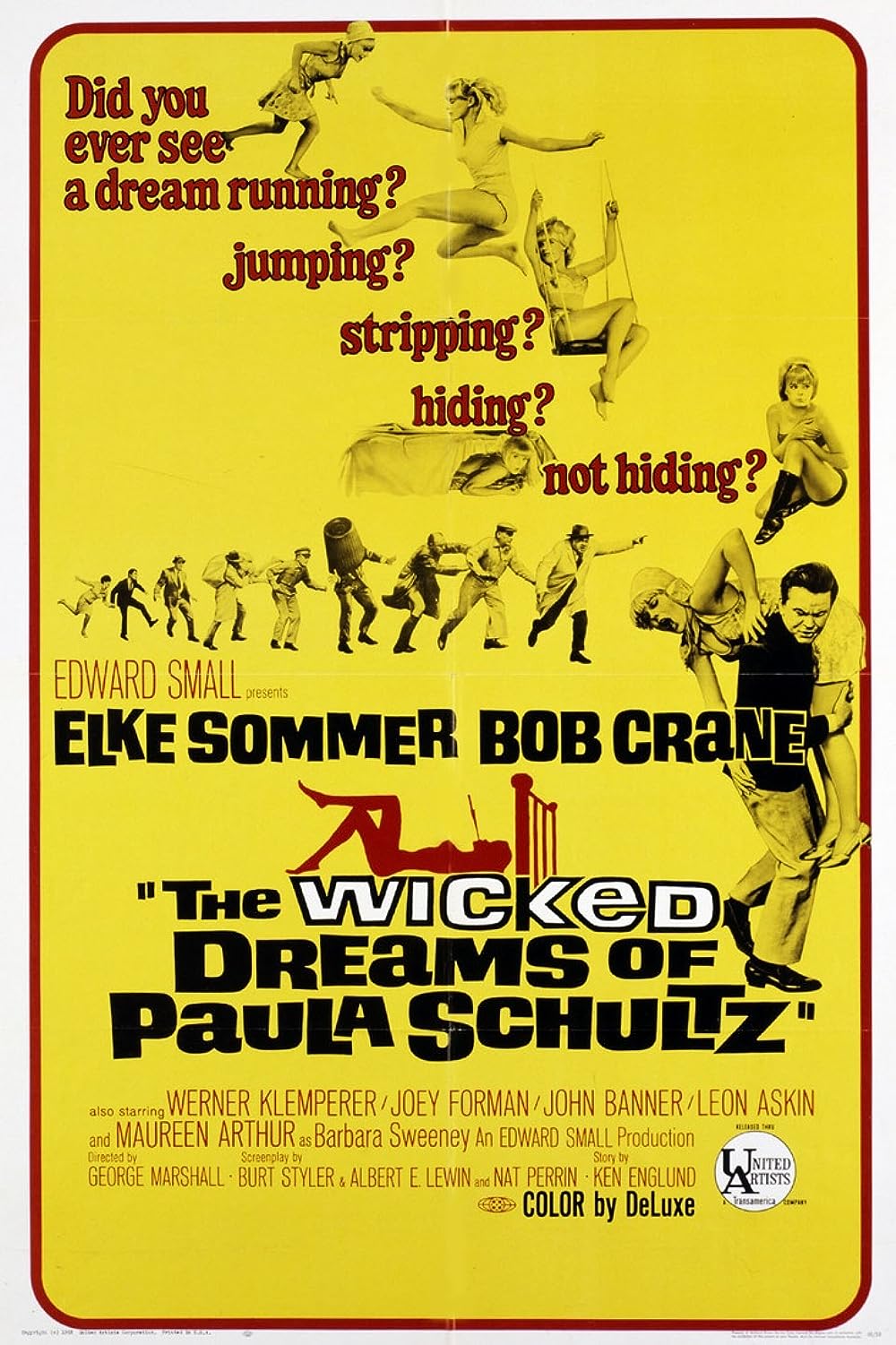 Check the cast -- this was an odd movie attempting to ride the success coat tails of HH.

I remember trying to watch it as a teenager and switching the channel because it wasn't anything like HH.

@RayR had Wested Leather make a repro/homage of Hogan's A2;

I hope this doesn t multi-post. I just tried from an android phone and an iPad and nothing shows up. I have completed my Col. Hogan jacket from Hogan's Heros. I had it made by Wested Leather using all the slightly off specs as I could determine from studying pictures. The material is not...