Welcome To “The Bargain Basement”

dinomartino1 said:
The NIFFY has actually gone down in the price from a few years ago to $56.81 and has a better label now.

Yes I did find these boots and here’s the source for the laces on eBay .

Officer Dibley said:
As it’s already in the UK, i should know soon.
I’ve had two of the ELC sweaters - both second hand - i couldn’t get rid of them quick enough. Too thick and heavy. They sagged something rotten !
Dave
Click to expand...

Dave
I just saw this post, Keep in mind that the original mechanics A-1 sweaters were pretty substantial in terms of weight and thickness .
These sweaters are repros of those and they are going to duplicate the originals .
Cheers mate.

Thanks for the Ebay link, even better than Amazon.

B-Man2 said:
Dave
I just saw this post, Keep in mind that the original mechanics A-1 sweaters were pretty substantial in terms of weight and thickness .
These sweaters are repros of those and they are going to duplicate the originals .
Cheers mate.
Click to expand...

Thanks for the caveat Burt, I’ll let you know Once i get it.
If it’s no good, it’s an easy return for me this side of The Pond.
Dave

Brent
Once you get your new RL rough outs sorted out , please post some photos and a brief review of them . I’d like to see what others think of them. I’m sure you guys get tired of reading only my reviews.

No we don’t Burt. You are the heart & soul of this place. The glue and good humour & common sense that binds us.
I always enjoy & appreciate your posts and your wisdom.
Dave

Officer Dibley said:
Thanks for the caveat Burt, I’ll let you know Once i get it.
If it’s no good, it’s an easy return for me this side of The Pond.
Dave
Click to expand...

That’s great Dave . I was sweating it for a bit
Keep checking back as I’m planning on doing some other Bargain Basement comparisons .

Burt, if the “cheapie” sweater is imho better than the ELC one, it shows their profit margins.....

Officer Dibley said:
Burt, if the “cheapie” sweater is imho better than the ELC one, it shows their profit margins.....
Click to expand...

Dave
You’re spot on brother. If NIFFI is making a respectable profit selling a 100% wool clone of the Mechanics A-1 sweater , that is made so closely in quality to the top tier ones, for retail price of $58.00 US, then you can assume that NIFFI paid about 1/2 or 3/4 of that value for that item . So yes you can pretty much get a reasonable idea of how much top tier makers are profiting on this item. Now, I have purposefully not mentioned names in these postings, because I don’t want to be a trouble maker or cause a push back on my posts, because some people associate high price with high quality , and that’s OK . I just want to let people know what’s out there , in the event they would like to own these items but can’t afford or just don’t want to pay top tier prices for them . As always , I end my post with the phrase “ It’s your money...... It’s your call”.
Last edited: Nov 5, 2020

You know me Burt : a big mouth that goes where angels fear to tread

But i cannot recommend the Niffi high enough

Burt, this thread is one of the best in ages and a useful one too.

Sure CV probably has a lot of people minding their pennies but even then it's nice to see options and also highlight areas where perhaps if punters aren't careful they're getting ripped off.

Good stuff with the Mechanic Sweater Dave, I've been thinking about one of those as well. I've got a Submariner and the "Das Boot" jumper from Outdoor Knitwear and love their stuff, in fact their Submariner is far and away my favourite jumper full stop.

What size did you get?

As my old GW Aero ended with you, your sizing might be a perfect indicator for me and therefore extremely helpful!

Hey guys ... Been riding the boredom train today known as the CV-19 express . So after a bit of thought, I decided to post some “ Bargain Basement “ information that many of my friends on the other side of the ocean may not be aware of, regarding discounted military clothing . So ... before I begin,its story time and I’ll be brief, but as you’ll see it will tie in nicely with the information that I’m about to share with all of you.
As a child growing up in an area of Philadelphia known as South Philadelphia in the early 1950s . My mother was a sewing machine operator at a well known US Government installation named the Philadelphia Quartermaster Depot. Sometimes in the early morning hours my Dad would take me and my mom and drive to the front gate of that location and drop her off to begin her work day. She would sit at a heavy duty sewing machine for 10 hours a day, sewing cargo pockets onto M-42 Paratrooper Pants . She worked there from about 1942 until about 1955, during both WWII and the Korean War. Now as collectors of military jackets and clothing, you guys may not have known that about 50% of the military clothing made during those wars came from the Philadelphia Quartermasters Depot. If you’d like to fact check me on that, simply look at any WWII or Korean War clothing you have with a label, or look at some of your repro stuff with a label and most likely you will see at the bottom of that label “Philadelphia Quartermaster Depot”.
Here’s a photo of the front gate back in the early days,

Well long after all of the wars ended and many of the machine operators were let go due to decreased production demands, the Philadelphia Quartermasters Depot slowly closed down. After a few years it subsequently had a name change and the complex moved to another area of Philadelphia and was known as the “Defense Supply Center Philadelphia “ or the DSCP . Ok so this is where some of you guys may or may not be familiar with the DSCP.
They stock goods and all types of clothing and military gear at that location . Occasionally when the military no longer needs items stocked there, sales of surplus clothing material and field gear are offered up for sale at really great prices . Surplus buyers bid on quantities of those goods and once they acquire them , put them up for resale at fairly cheap prices on various sites. One of those locations where you can purchase some of this stuff is on EBay . For example, I wanted a USN Watch Sweater , also known as a GOB sweater . Well I went on EBay and punched into the search section “ DSCP Sweaters “ and I found a current USN issued Watch (GOB) Sweater for $19.95 Buy It Now. . So here it is : 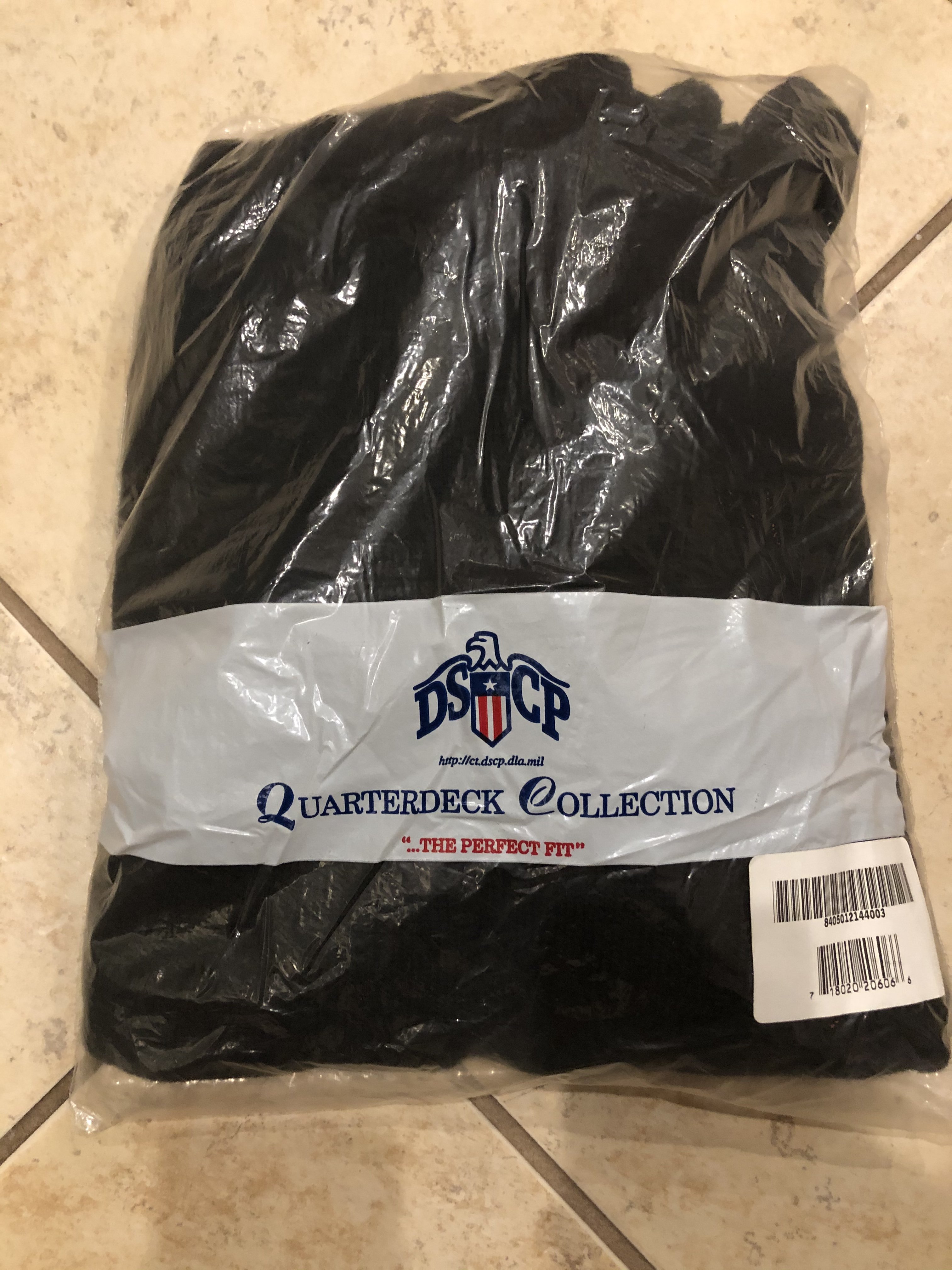 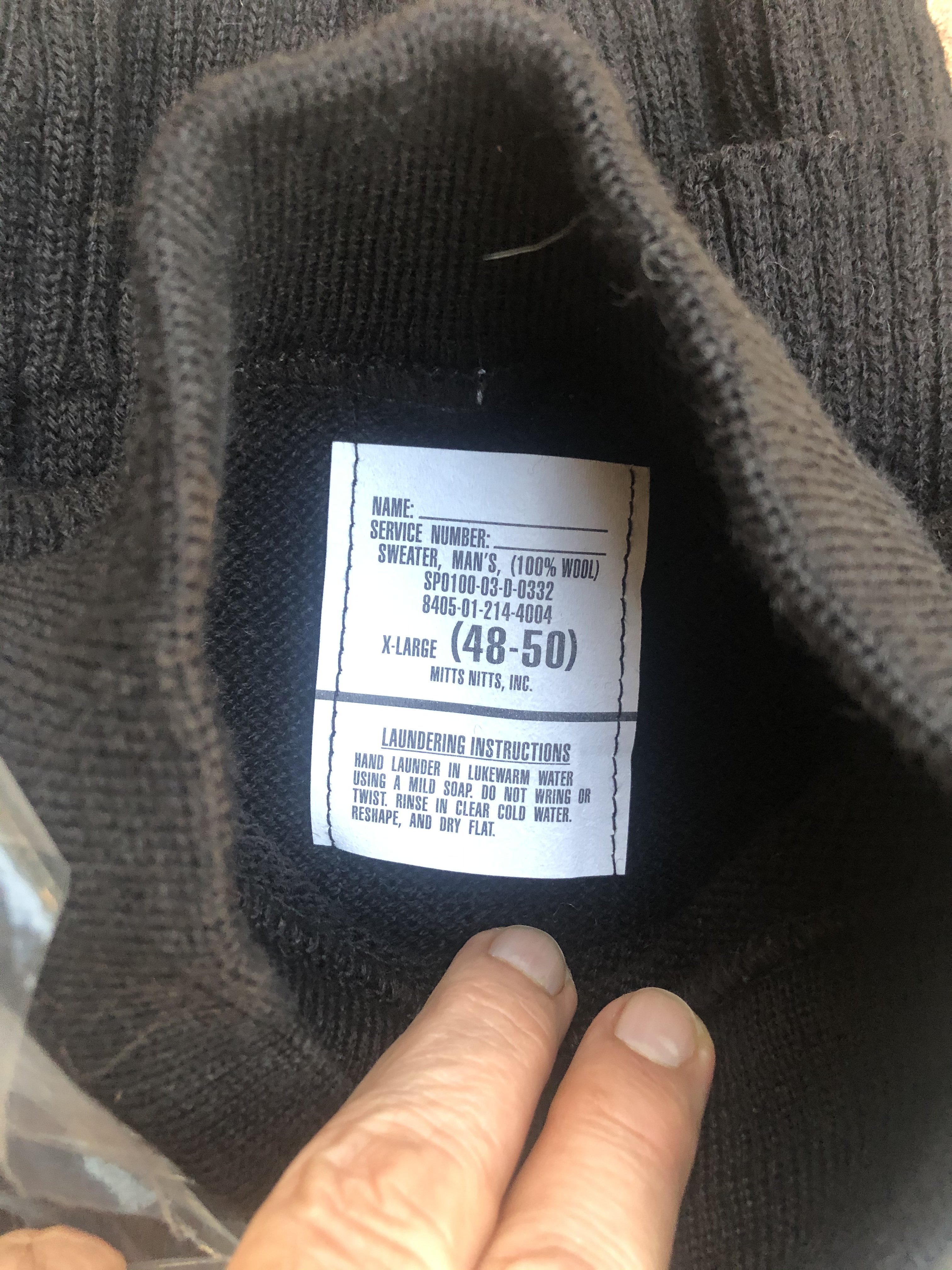 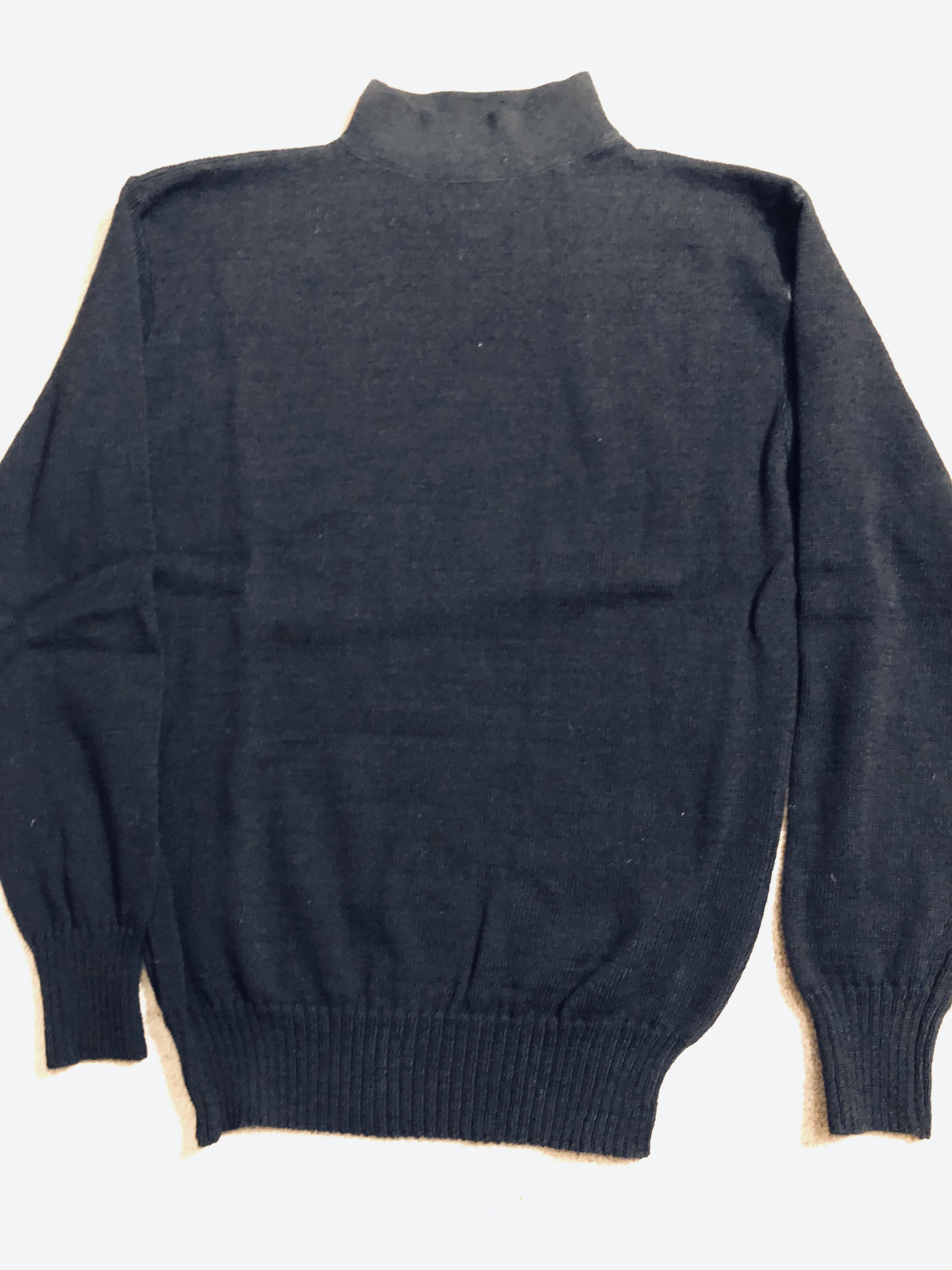 Ok so now here’s where the cost comparison comes in . If you chaps are interested in a USN Watch (GOB) Sweater, like this from one of the top tier makers over in the UK ... who shall remain nameless , you will have to cough up about 129 BPS for a well made repro . So with a little basic math conversion , that’s about $170.00 US vs .$19.95 for a current day original USN sweater
Savings= $150.05.
Now keep in mind that there are all types of sweaters as well as other types of clothing available , made for the US military at low discounted prices . So have a look and decide for yourself . It’s your money ....... It’s your call!

That's a great tidbit Burt, and an even better story. Thank you for sharing that. And just so you know, I've saved DSCP as one of my ebay searches.

mulceber said:
That's a great tidbit Burt, and an even better story. Thank you for sharing that. And just so you know, I've saved DSCP as one of my ebay searches.
Click to expand...

Some of the stuff is pre-owned surplus military stuff... some of it is New.
You won’t be disappointed Jan
Last edited: Nov 5, 2020

I did that to mine. Still going after years of wearing...

Amazon/ seller screwed up my Sno-Seal order and had to cancel. Found some down the road at a hardware store that I'll pick up later today. Really want to get it going.

Hey did you use brown polish to finish?