Lt. Generals USAF AG 344 flight jacket
I saw this jacket on ebay but thought I would post photos of it here for reference, this is a jacket I have not seen before. 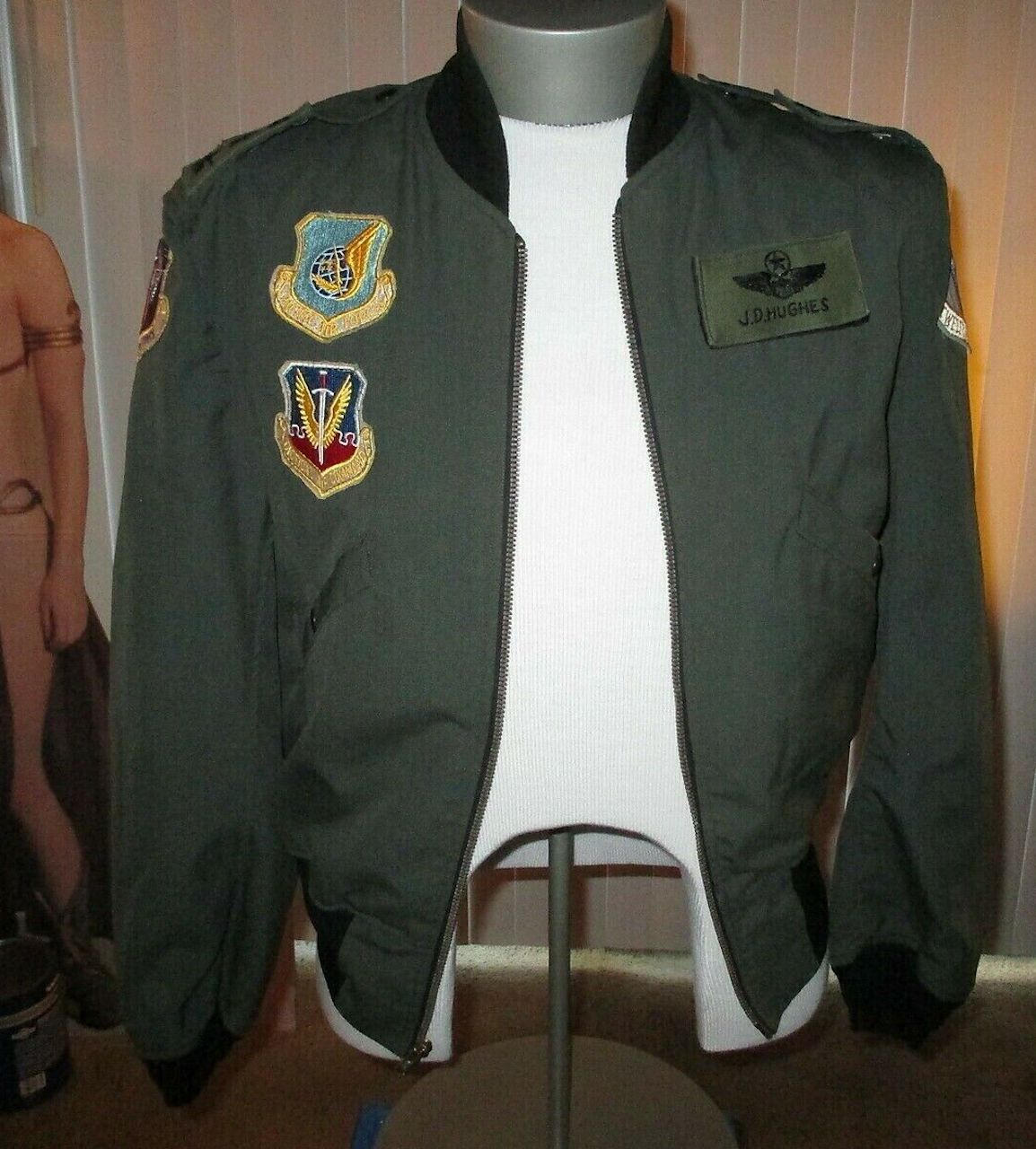 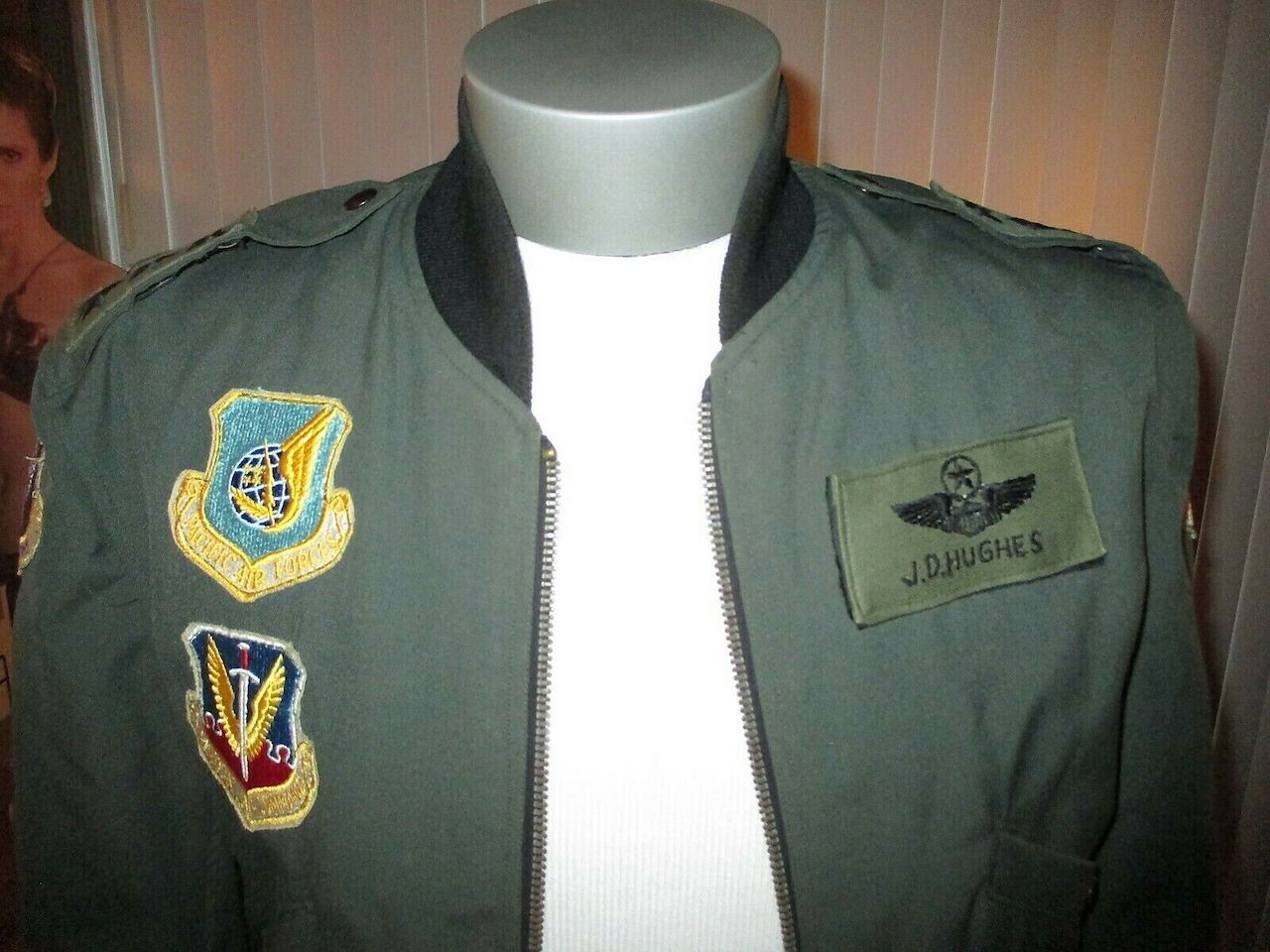 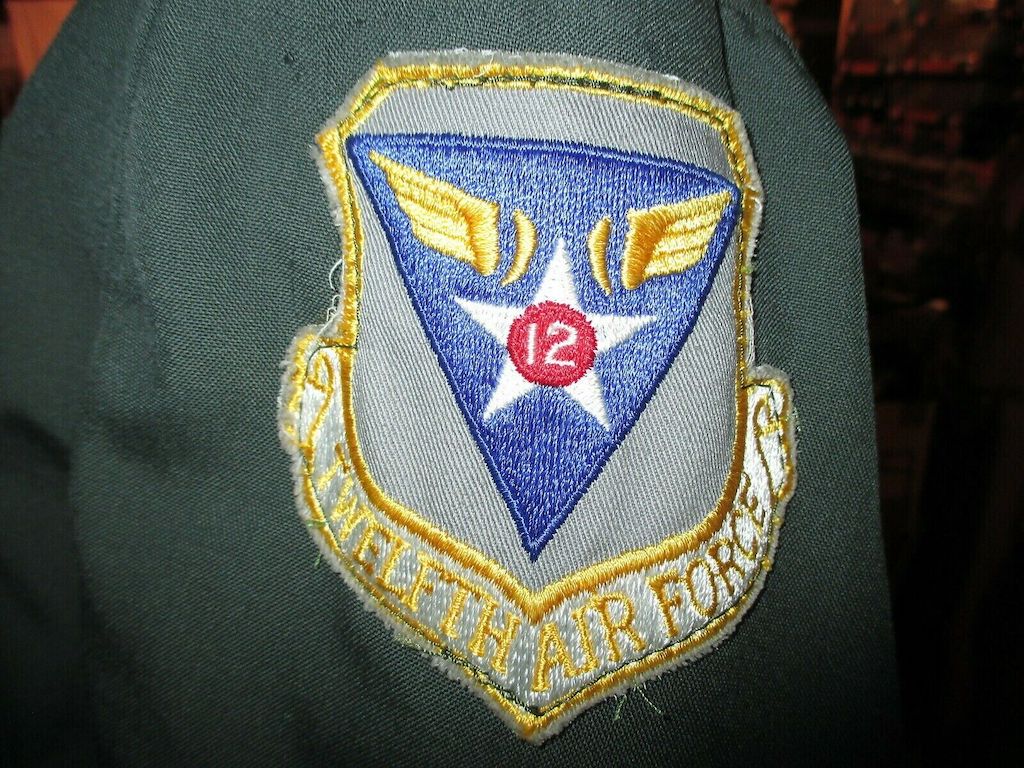 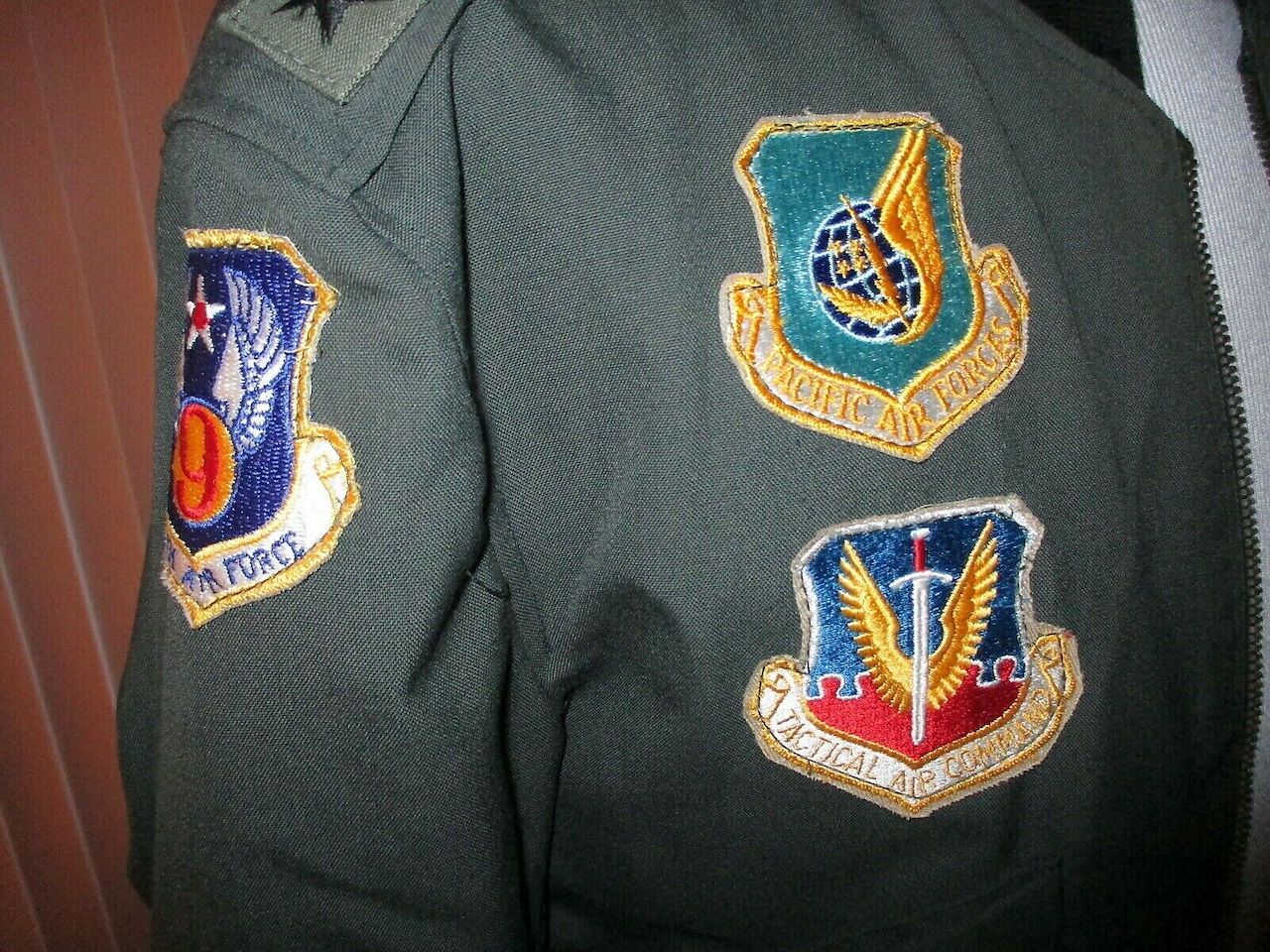 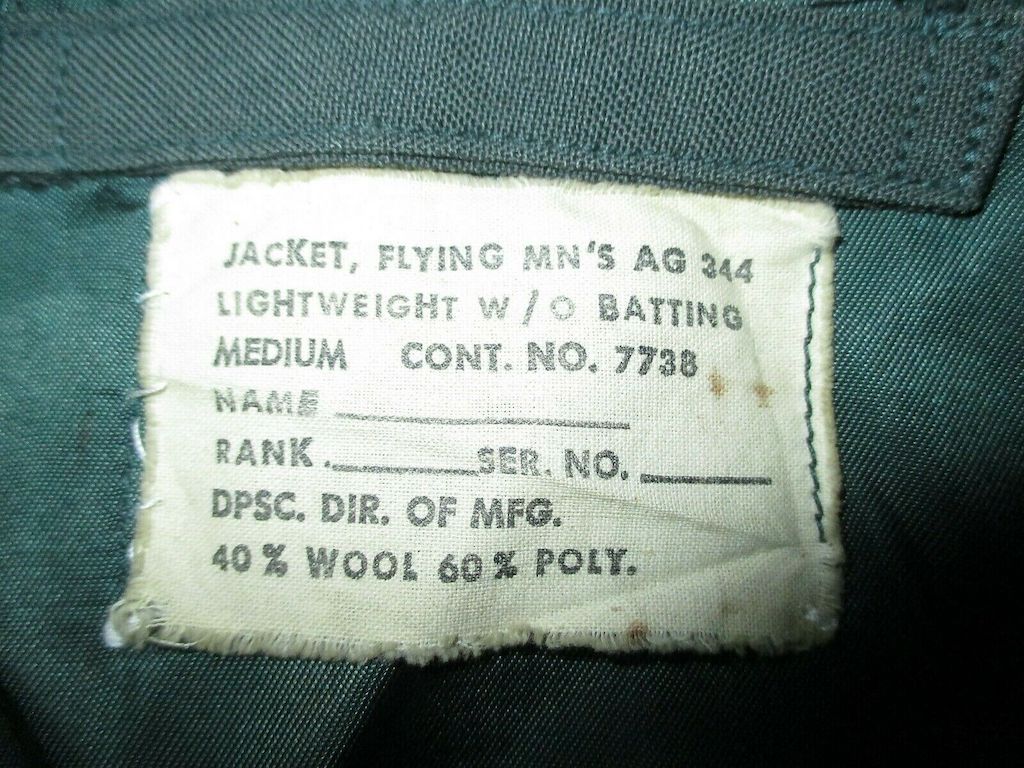 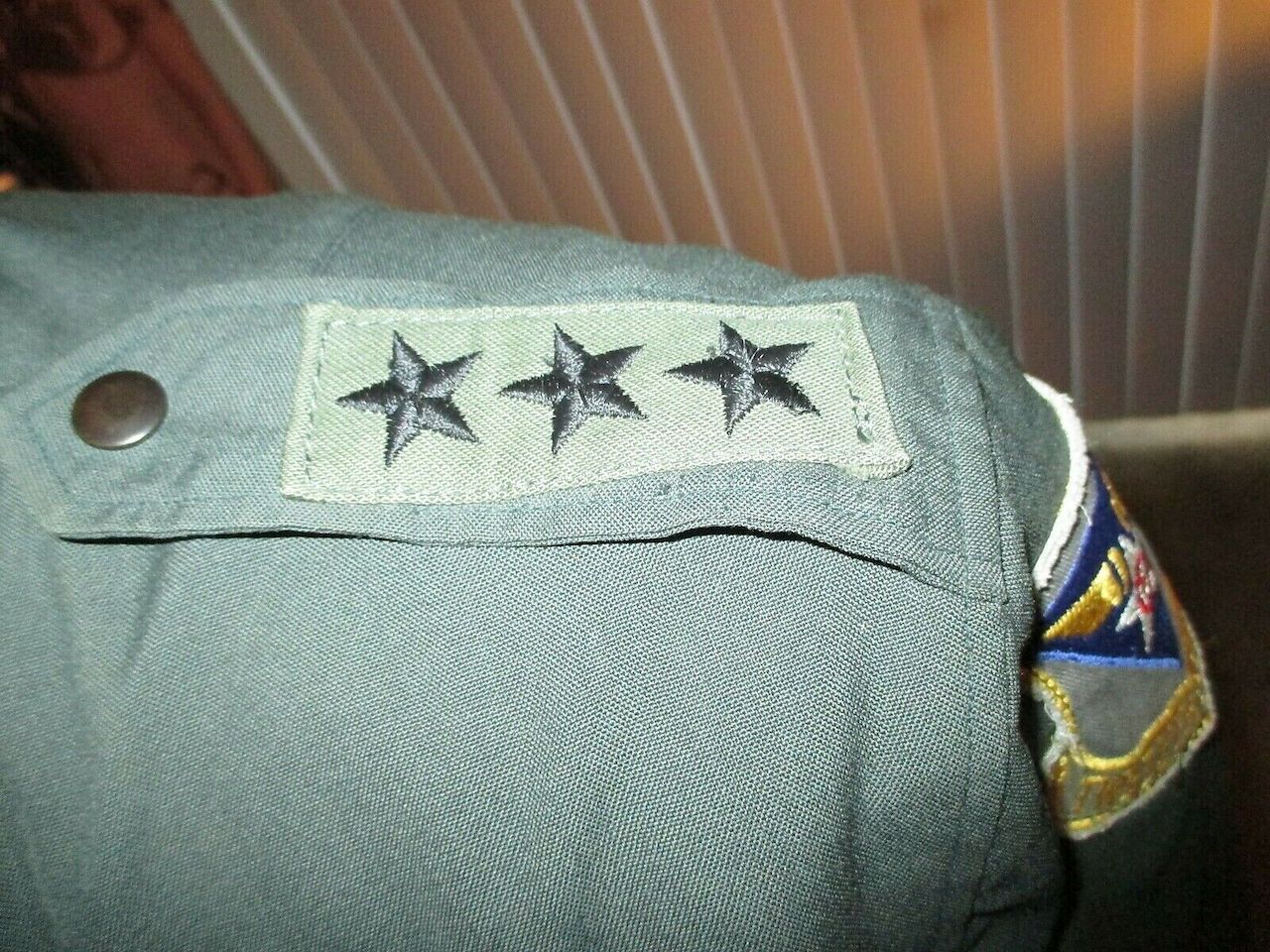 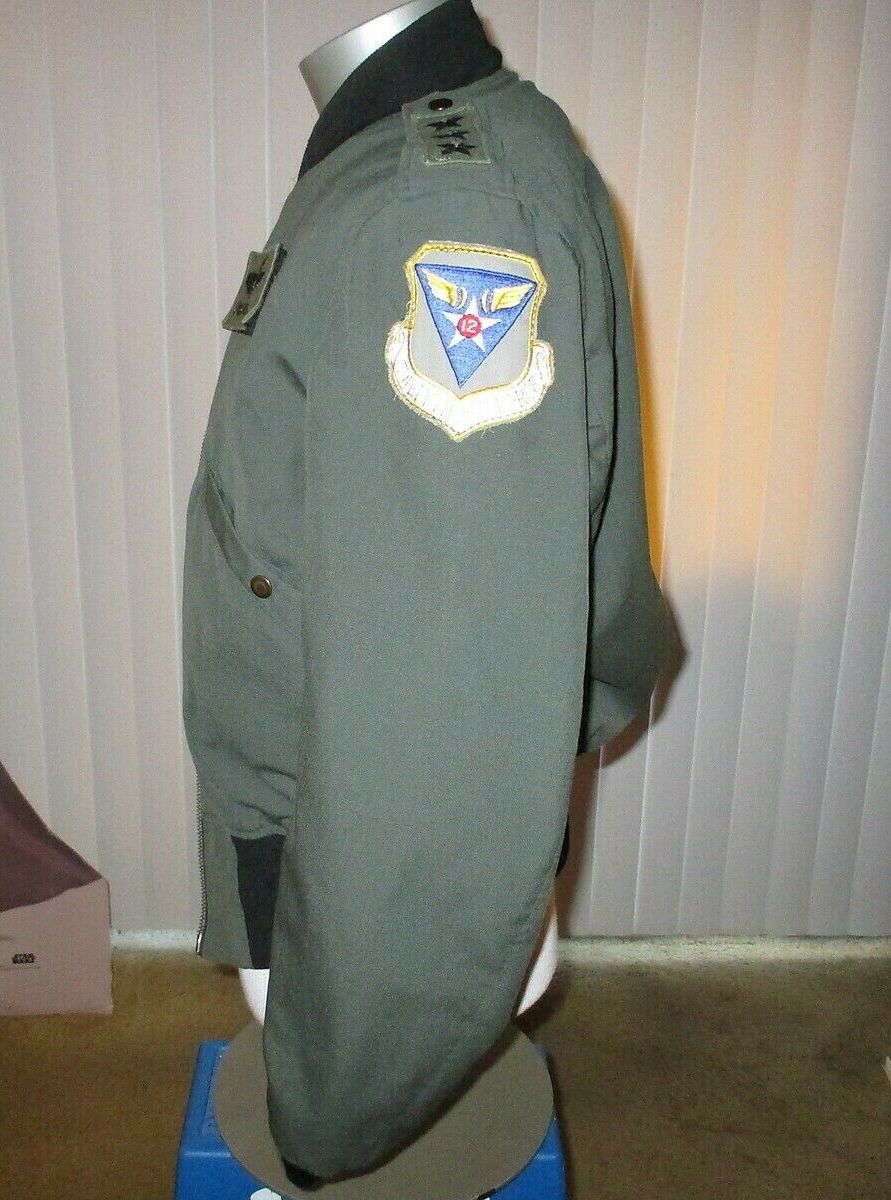 LIEUTENANT GENERAL JAMES D. HUGHES
General “Don” Hughes’ thirty-five-year career in the Air Force took him around the globe and included three combat tours in Korea and Vietnam. His illustrious record of military service began upon graduation from the United States Military Academy on June 4, 1946 when he was assigned to the Army Air Corps – which would become the US Air Force one year later – and it culminated in his final assignment as the Commander in Chief, Pacific Air Forces. Along the way, General Hughes accumulated 6300 flying hours, commanded from squadron to major air command level, and served as the Military Aide to the Vice President and later to the President of the United States of America.
He completed pilot training and joined the 36th Troop Carrier Squadron at Pope Field, N.C. In April 1948 he went to Japan as a fighter pilot and in April 1949 joined the 8th Fighter-Bomber Wing as a fighter pilot and group adjutant.
With 8th Fighter-Bomber Wing at Itazuke Air Base in Kyushu, Japan. He deployed with this unit to Korea and was among the first to fly the F-80 in the Korean War, distinguishing himself as a skilled and courageous fighter pilot. By March 1951, he had completed 101 combat missions and was awarded two Distinguished Flying Crosses, nine Air Medals, and the Purple Heart.
General Hughes volunteered for duty in Vietnam in 1962. Assigned to the 2nd Air Division Headquarters at Tan Son Nhut Air Base in Saigon, he served as an instructor pilot to Vietnamese Air Force pilots and trained them to perform night close air support in response to attacks on their villages by the Viet Cong. He was awarded the Bronze Star and Air Medal for his service. General Hughes went on to command the 9th Air Force at Shaw Air Force Base, SC and the 12th Air Force at Bergstrom Air Force Base, TX, the largest tactical Air Force. As commander of the 12th Air Force, General Hughes integrated the new F-16 aircraft into the inventory while also remaining responsible for all tactical fighter and reconnaissance forces west of the Mississippi River, including Air National Guard and Reserve units. Upon relinquishing command of the 12th Air Force, General Hughes was presented the “Order of the Sword” by all of the noncommissioned officers in his unit. This award marked the deep respect and admiration the enlisted corps had for General Hughes as he departed the command.

The pinnacle of his military career was his assignment as Commander in Chief of the Pacific Air Forces. Charged with planning, controlling, coordinating, and conducting all offensive and defensive air operations in the Pacific, General Hughes had the enormous responsibility for over 34,000 Air Force personnel stationed in Japan, Korea, the Philippines, and Hawaii. The demands of all these commands were monumental, yet General Hughes performed with distinction each time. He retired on July 1, 1981, with thirty-five years of Air Force service.

"In my early days of my Air Force career, on a combat mission in Korea, youthful exuberance and inexperience led me to qualify for the medal. My wounds were minor, in fact the aircraft was much more damaged than I was. But wearing the medal, for me, was a constant reminder of how lucky I was and a sense of guilt when I think of those who were maimed or killed, and their families whose pride in their loved ones was over-shadowed by grief."

His helmet is in the West Point museum. 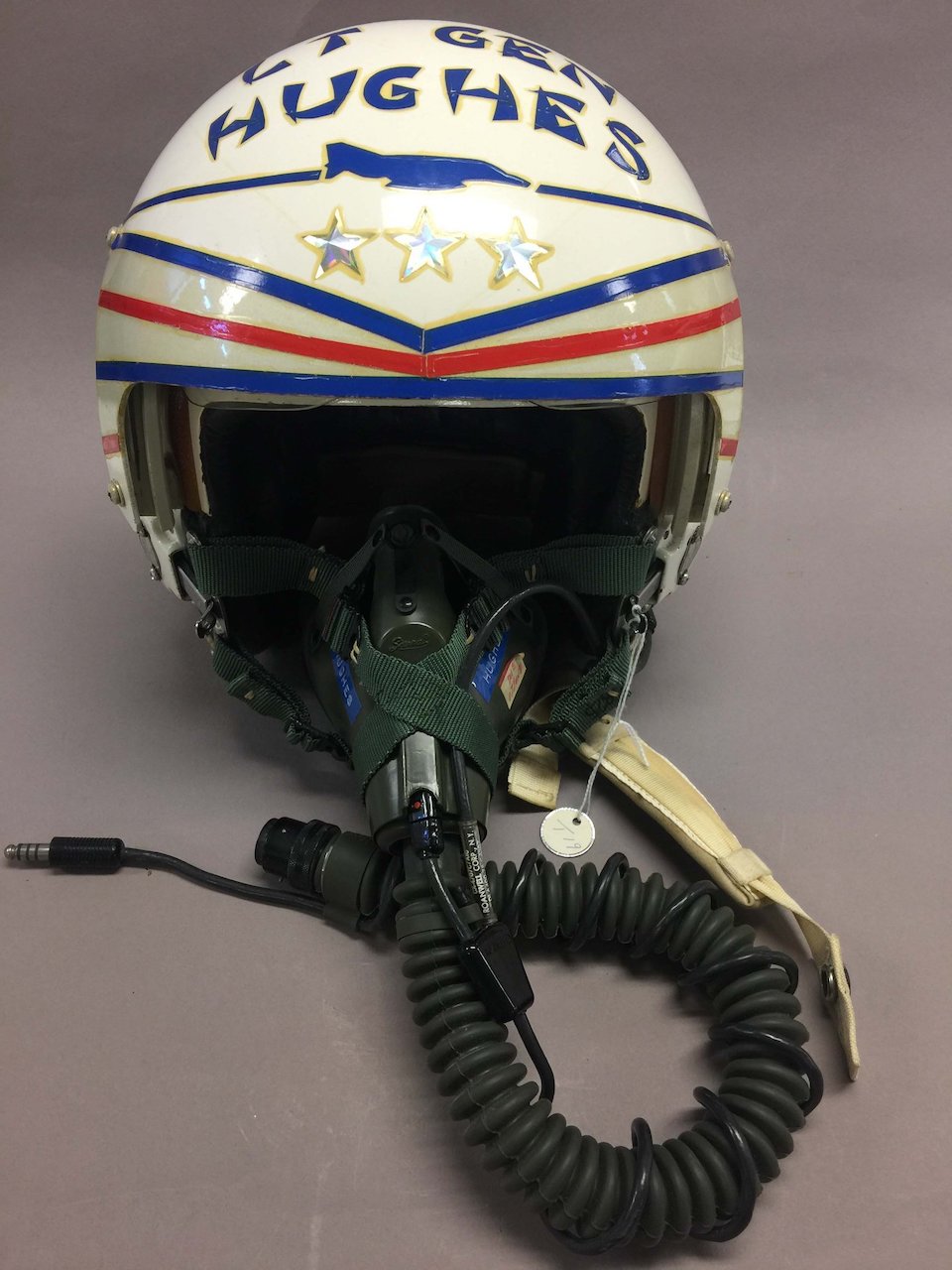