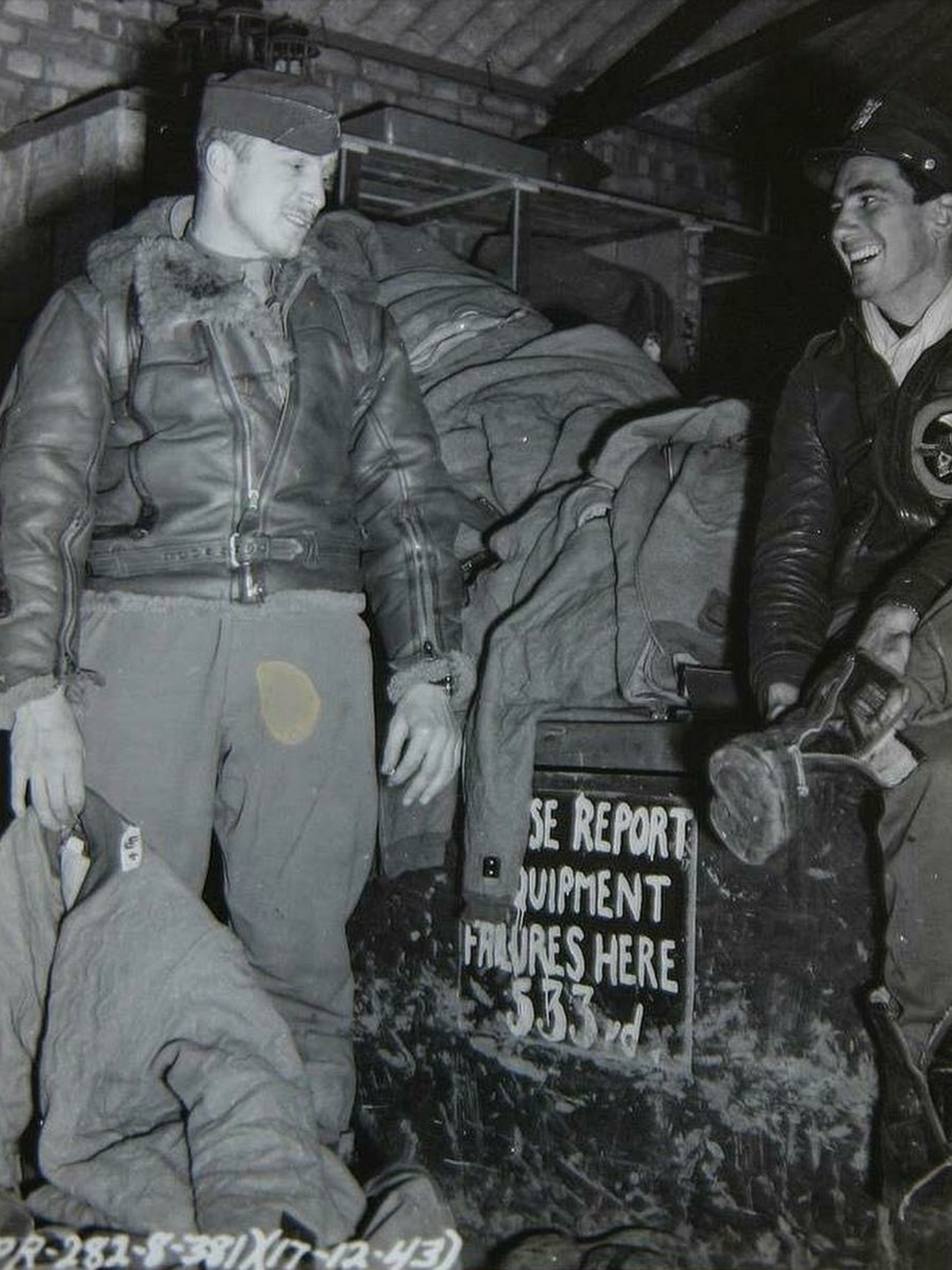 By the look of his trousers this must have been a scary mission? 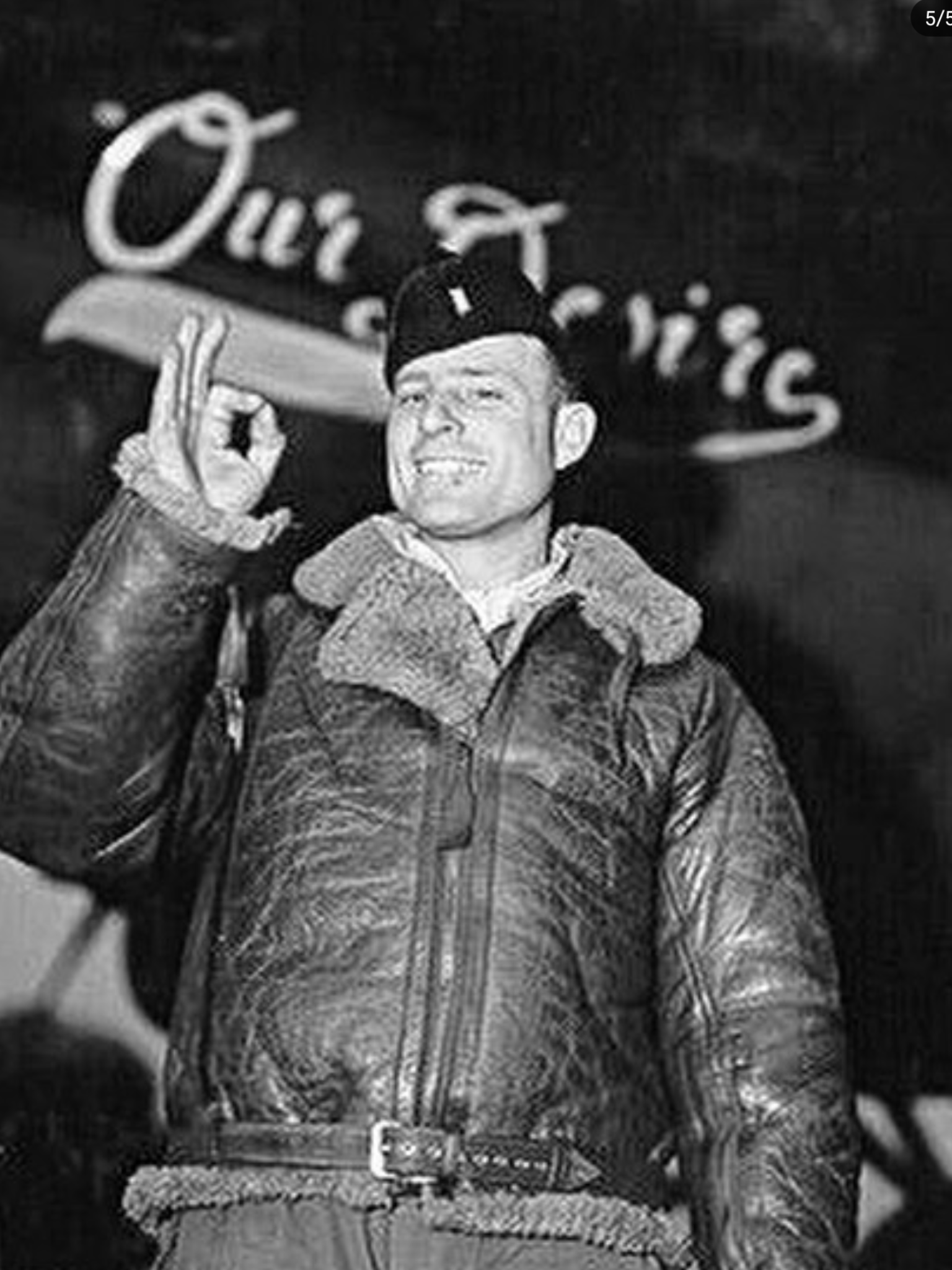 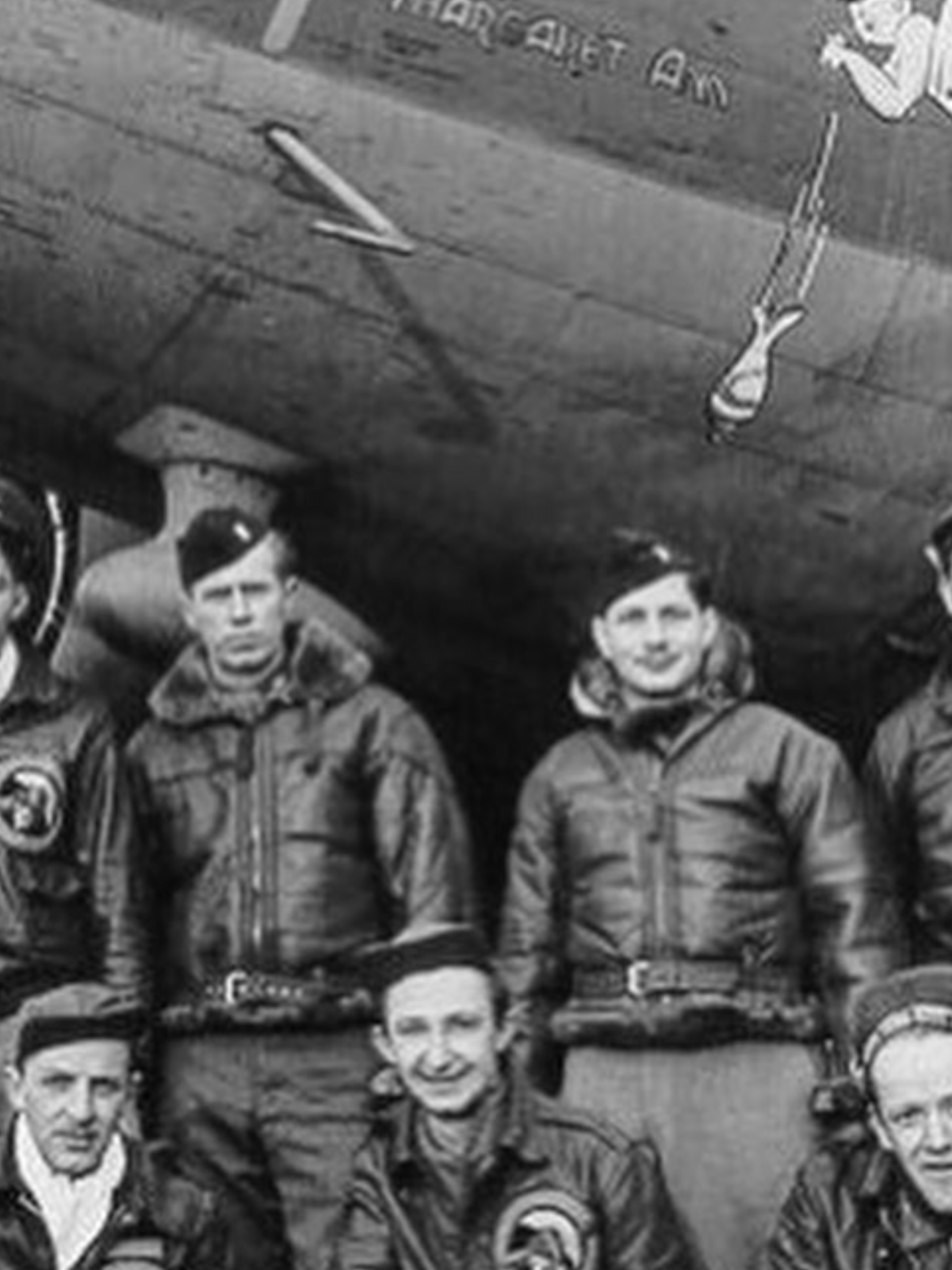 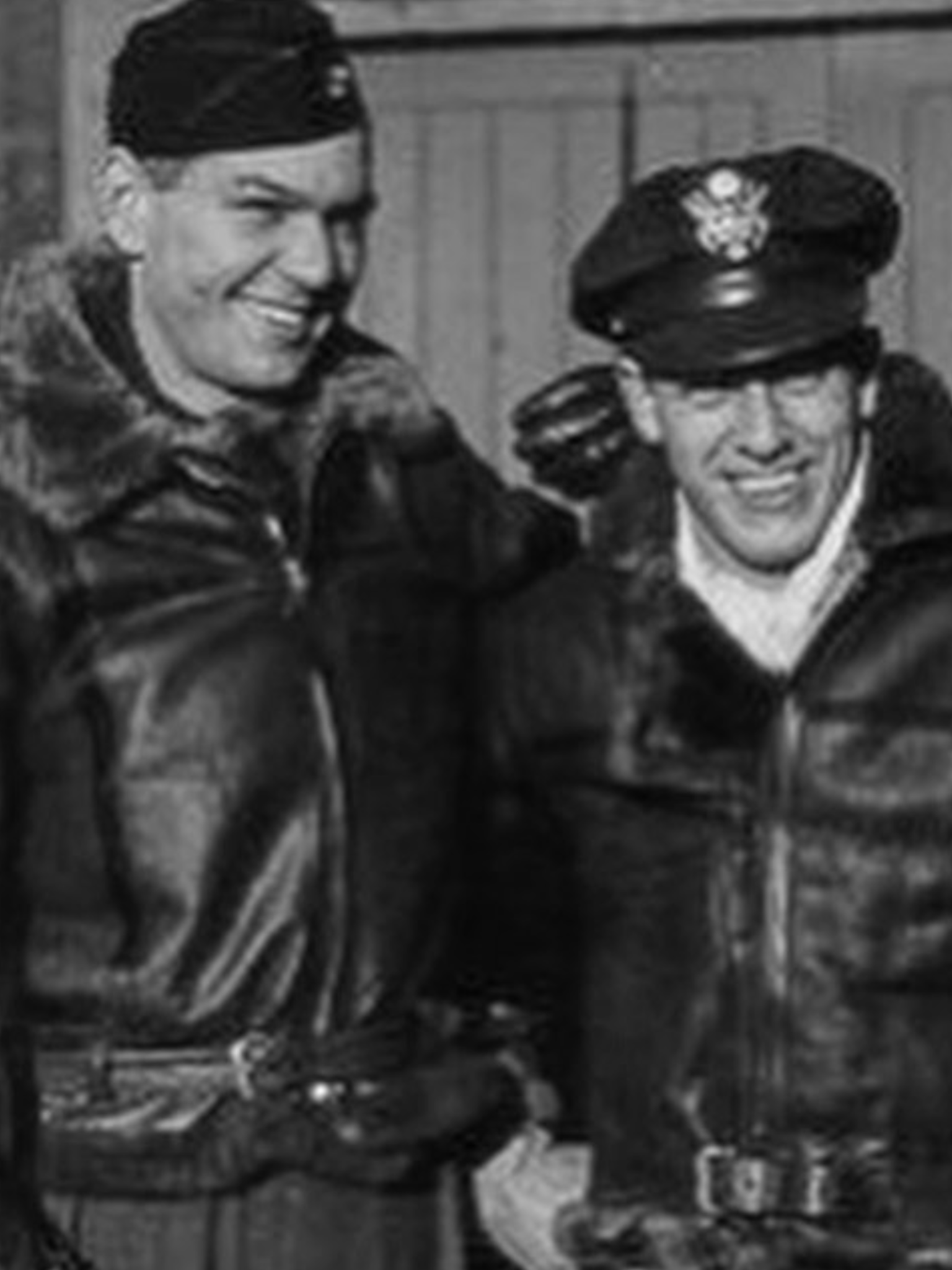 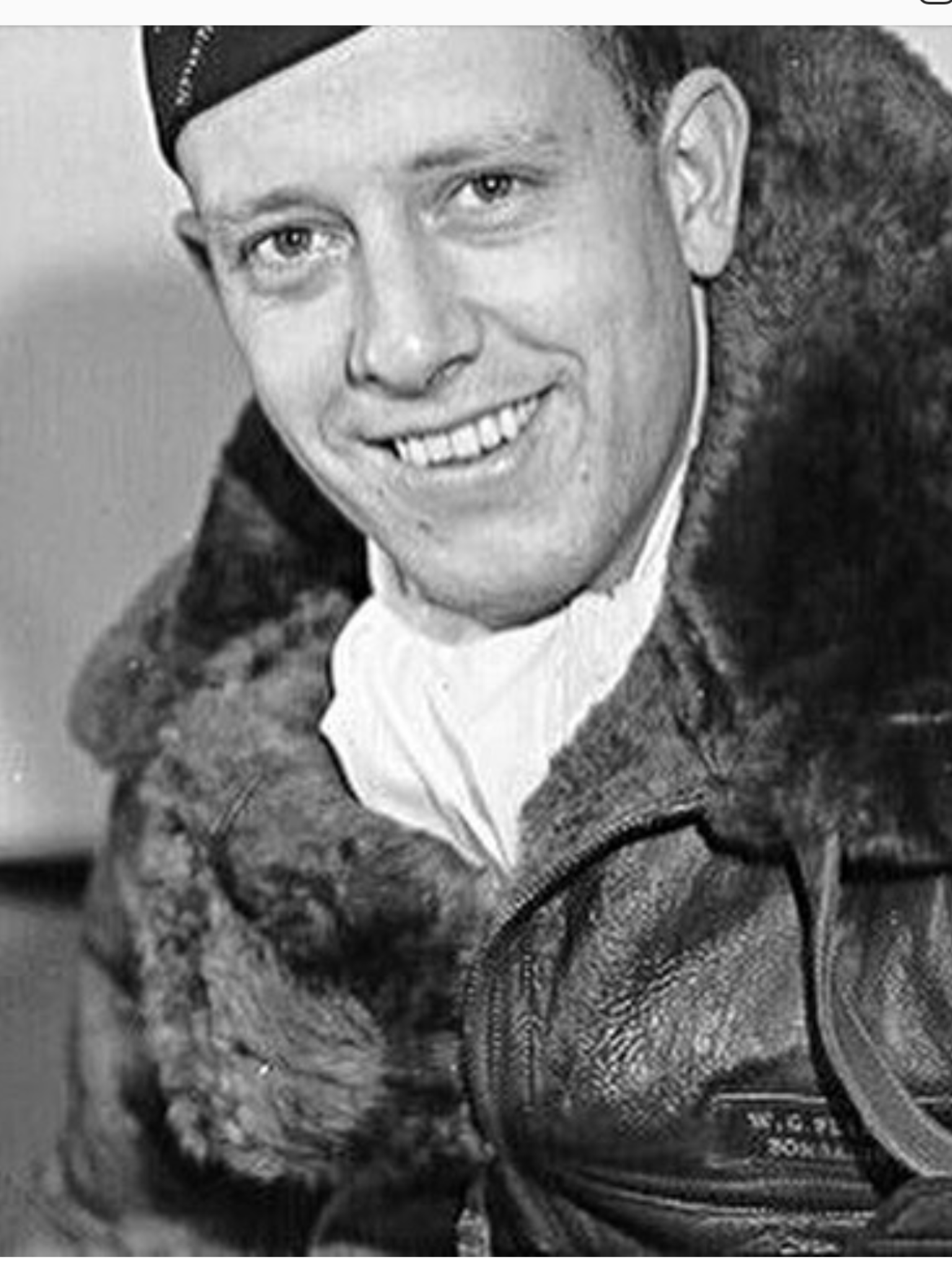 Looks like there was a lot of trading going on during the war. Not surprising though, look at the numbers of photos of US Airman wearing RAF “Mosquito Flight boots’ and flight helmets etc., and the number of RAF pilots wearing US gear. I remember my dad telling me that one of the most desired pieces of Kit for US infantry troops were the British Army battle jackets. They were made from heavy wool and were warm. He said that he traded a German P.38 pistol for one and never let it out of his sight for fear of another GI stealing it . 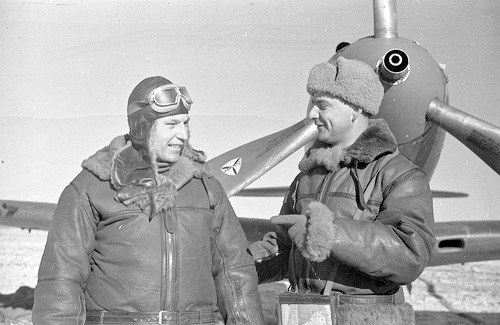 wonder if thats the 533rd BS at Ridgewell ??
John , can i borrow the pic please ?

We had that problem all the time. Guys would come back from exercises, wrong cammo, wrong webbing, even wrong rifles !

Inter service trading was rife, just look at the amount of RAF C-Type helmets in use by USAAF instead of issue A-11's etc. Fraternisation went on all the time when on pass plus the amount of inter service air traffic on bases was much wider than some think.

Ken at Aero Leather said:
By the look of his trousers this must have been a scary mission?
Click to expand...

Or a REALLY exciting one?


Otter said:
We had that problem all the time. Guys would come back from exercises, wrong cammo, wrong webbing, even wrong rifles !
Click to expand...

Saw those earlier Mr Lever, great pics for sure

Also those aircrew who served with the RAF prior to transferring to the USAAF, it was usual for them to continuing using the flying kit and sometimes clothing that they had been issued with the RAF after they were in US service. The 4th FG is obviously the biggest example of this with an enormous amount of British kit being used. And speaking of Irvins, I have a photo of Richard Braley of 336 wearing an Irvin over his USAAF uniform when meeting Mrs Roosevelt.

ausreenactor said:
Or a REALLY exciting one?

Yup, someone came back with a G3 when they went out with an L1A1, that took a lot of explaining. I once came back off a range shoot with a bunch of 5.56mm when we were firing 7.62mm. I was still filling out paperwork 6 months later.
You must log in or register to reply here.
Share:
Facebook Twitter Reddit Pinterest Tumblr WhatsApp Email Link