Jorge
Beautiful jackets both of them . You might want to consider shopping around for a repro US label as a replacement for the one jacket.
You have a wonderful collection. Thanks for posting them.

Thanks @Grant, I’m gonna try to post later some pics of both contracts side by side (Bronco and United), they are indeed very similar! Honestly, for me the best way to differentiate them is by checking the location of the shoulder seam on both.

Thanks @B-Man2, I was looking for an original label, but probably I’ll just leave it as is.

At this point, it's part of the history of the jacket. It didn't just fall off, someone decided they wanted to remove it. I think you're making the right choice.

As promised, I have some pictures for a comparison between United Sheeplined 18777-P and Bronco MFG 29191. They have some similarities in their construction as both companies were in the family of Isaac Spiewak, but there are a few details that will help to differentiate one from the other.

The first pic shows both examples. As you can see the leather color on both is a russet shade from the original production. United (top) has a lighter russet shade leather color than Bronco (bottom) which is a bit darker. It’s important to mention that Bronco had their knits replaced in the past. In this case, United is size 44 and Bronco I suspect is a size 40-42. Both jackets had their contract labels removed at some point. 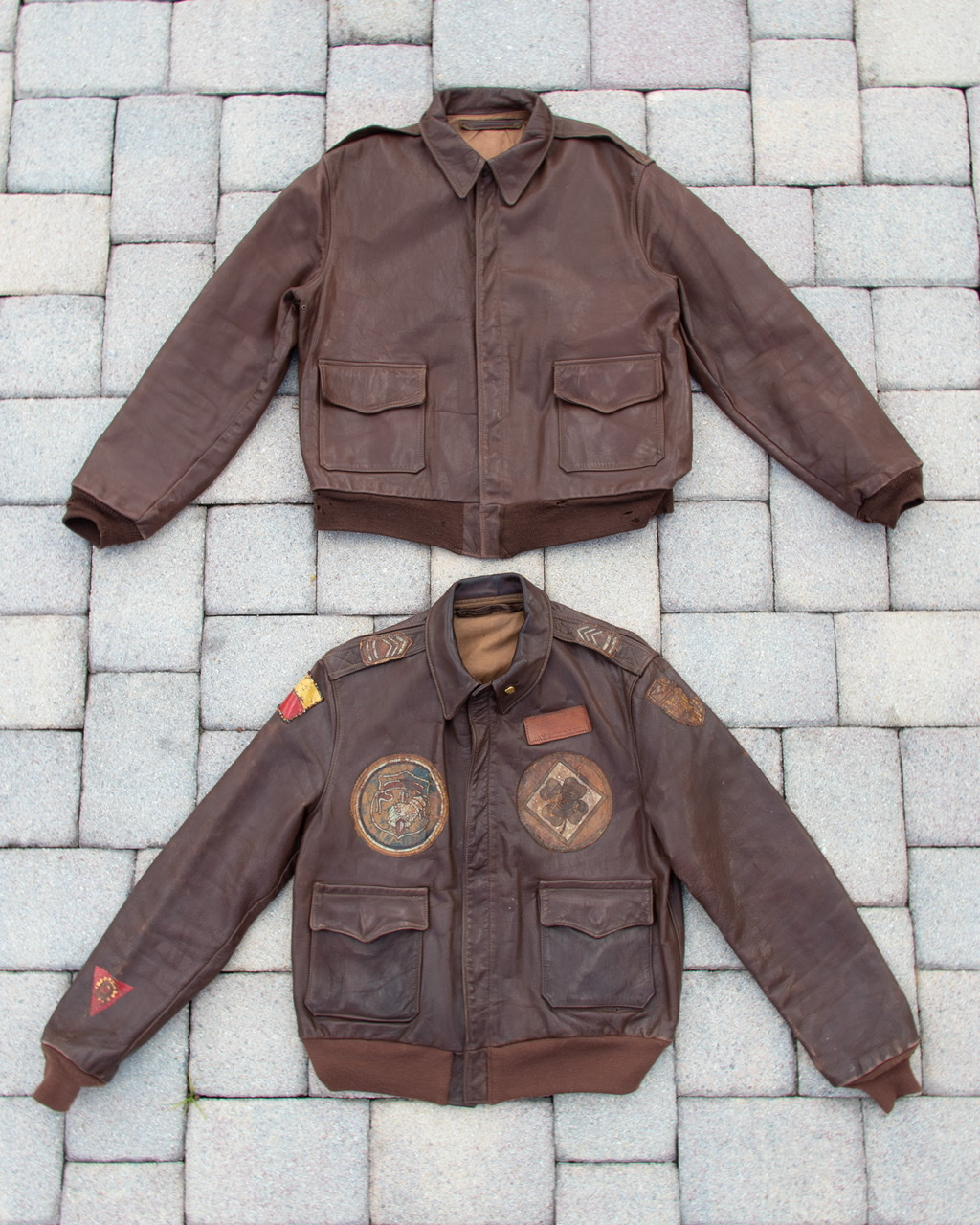 On the next picture, we can observe both collars. United (top) looks longer and more pointed than Bronco (bottom) but it is only because of the different creases which have developed through the years because of the way they were worn and stored. In fact, they are pretty similar in shape but every jacket has a different story. 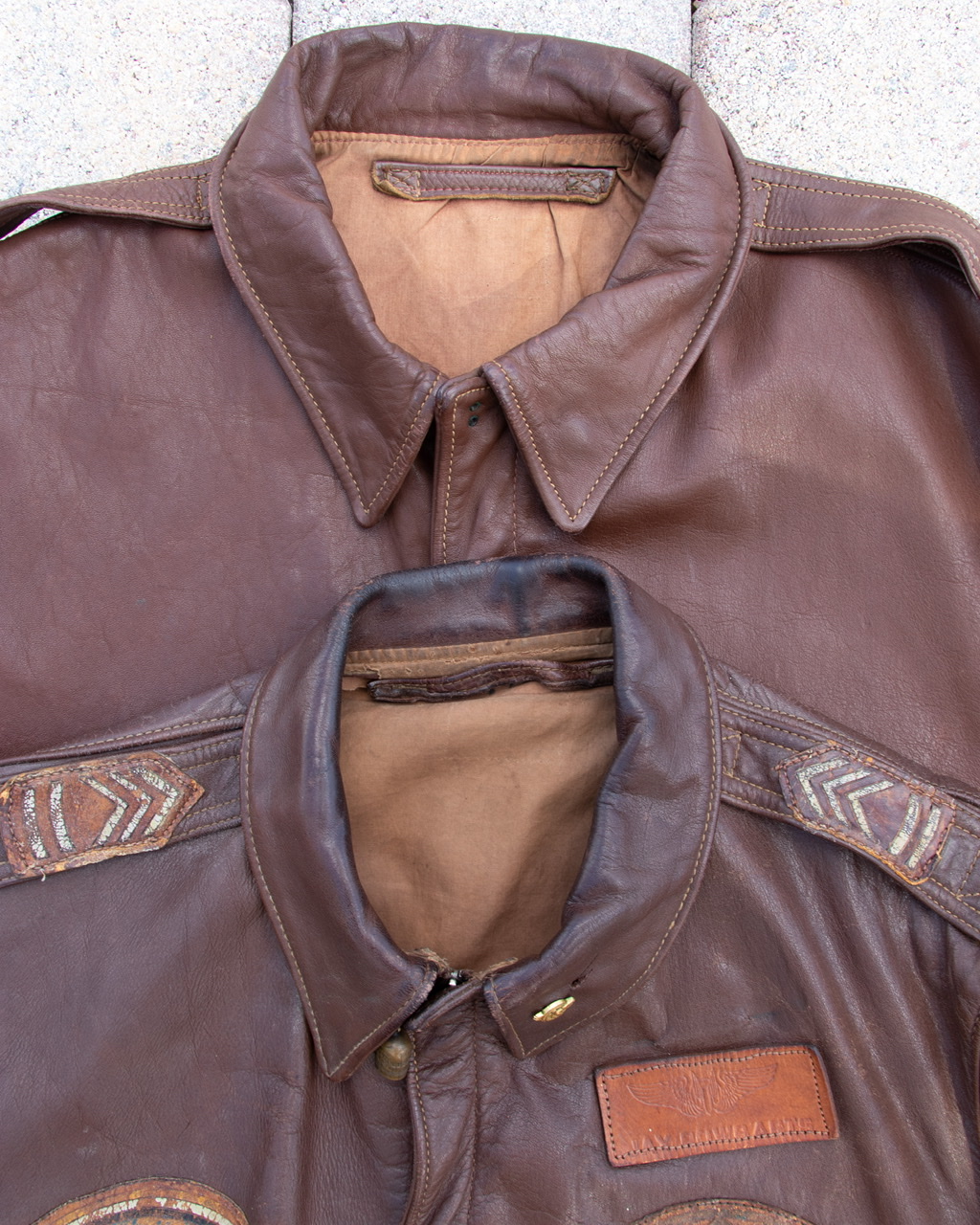 Here we have a better look of how similar the angles at the tips are. 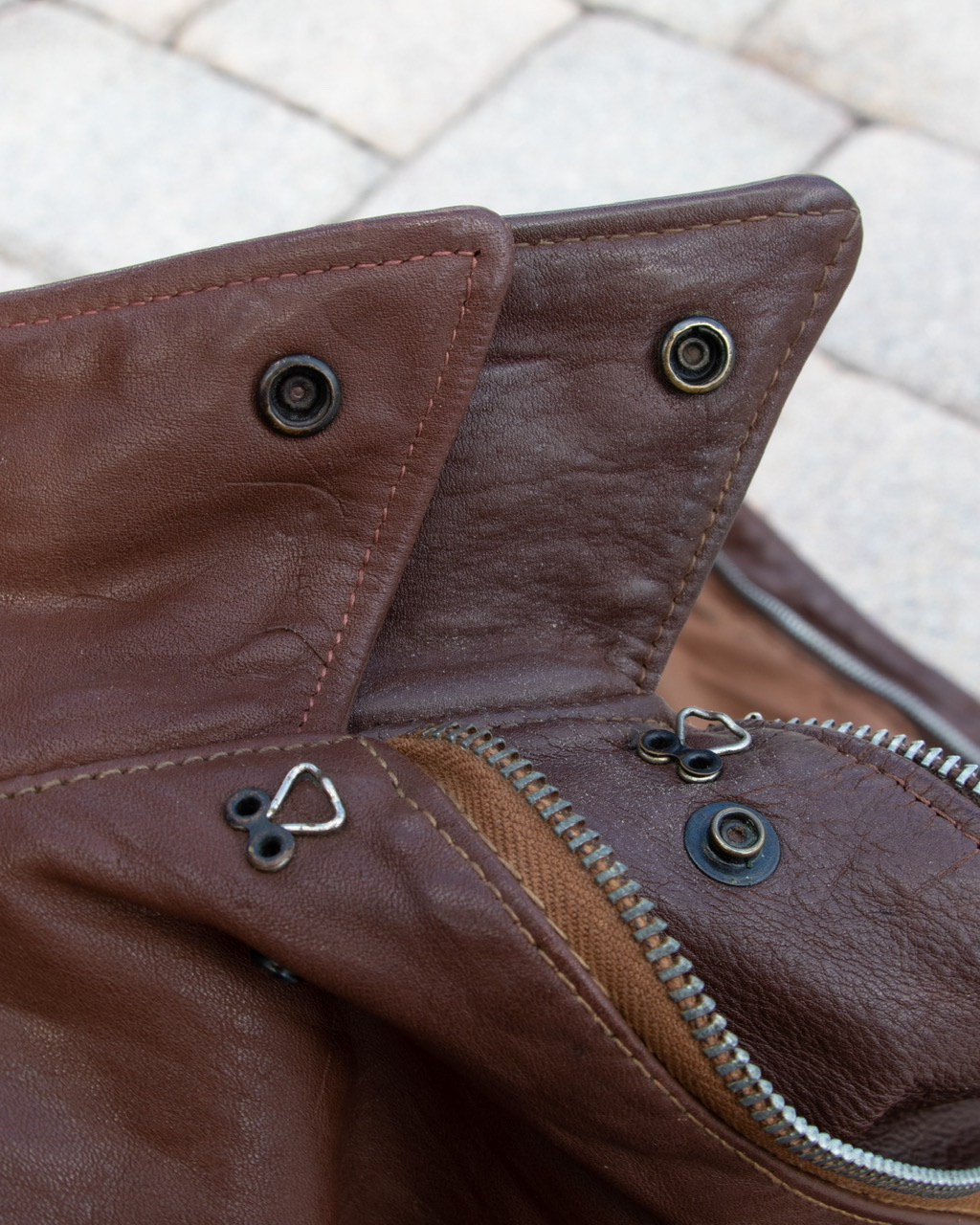 Both examples use the same brown cotton lining. The original details of the stitchings are still visible. Note the difference of the stitching on the collar hanger loop, United (top) is box-stitched and Bronco (bottom) is bar-stitched. 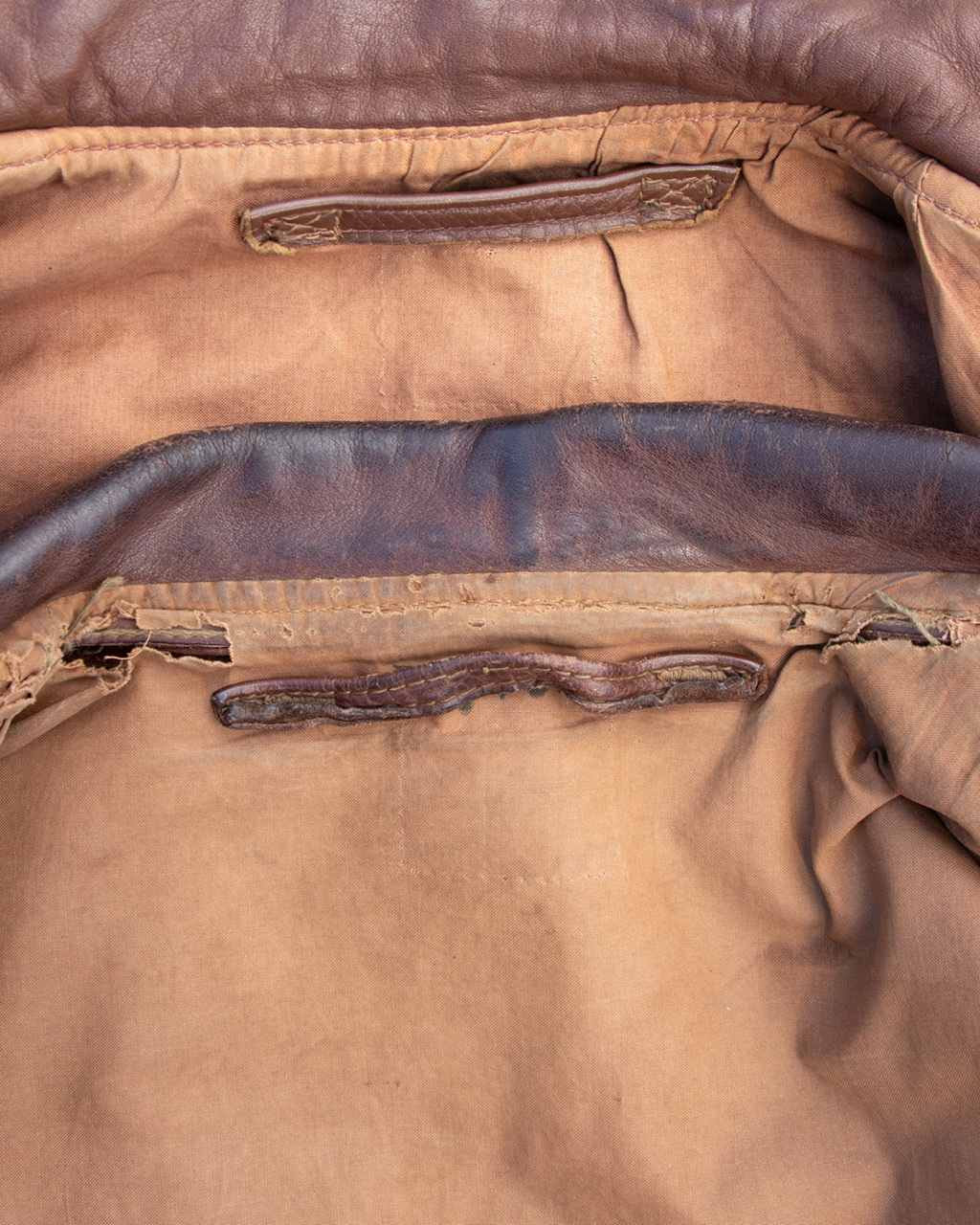 The small detail on the hanger loop stitching give the first tip to differentiate them: note on the back the stitchings. United (top) had a visible box-stitching on the back while Bronco (bottom) has a tap-stitching. 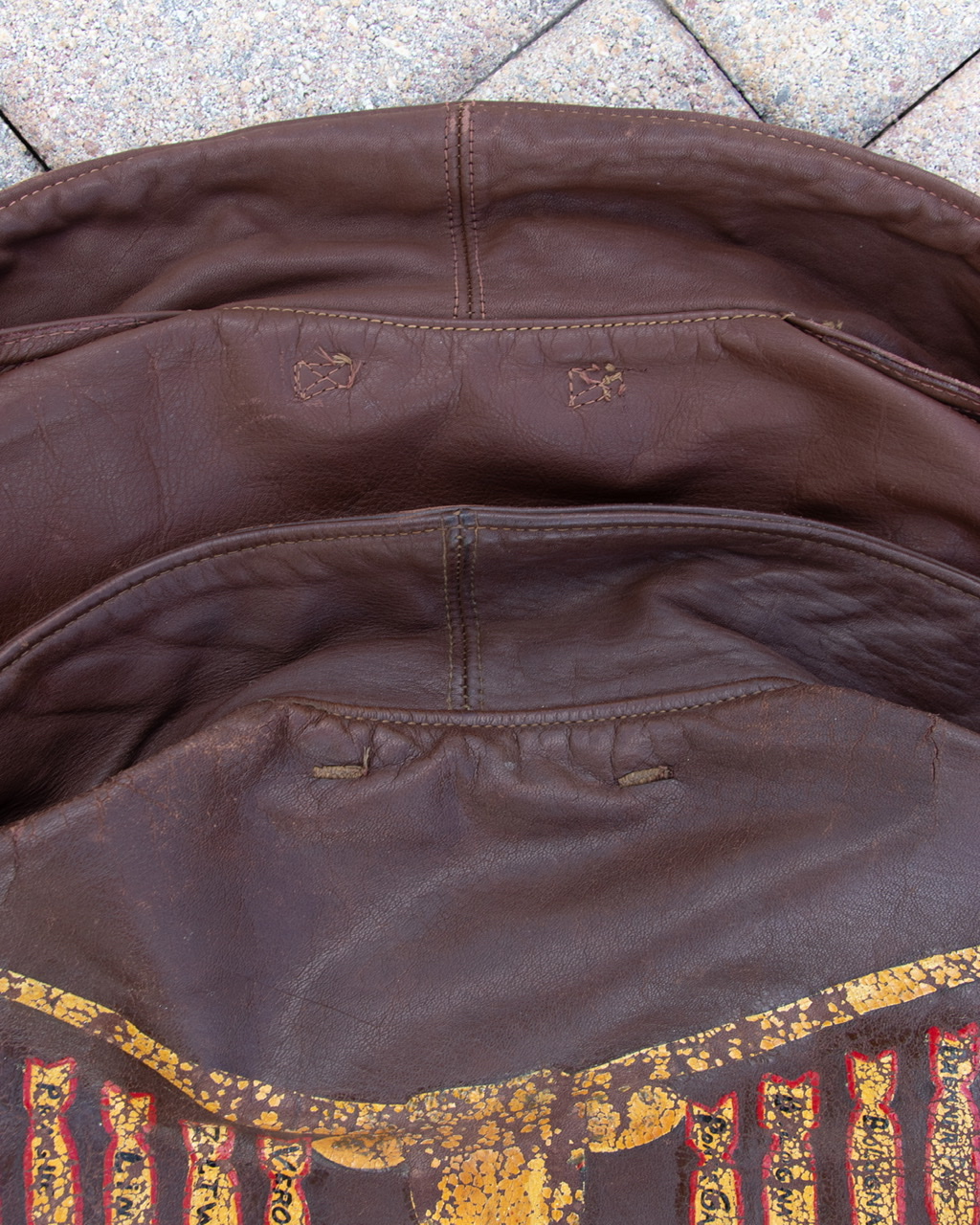 The next picture shows some similar details on the wind flaps. United (left) and Bronco (right) utilized the double-barrel eyelet for attaching the collar hook. 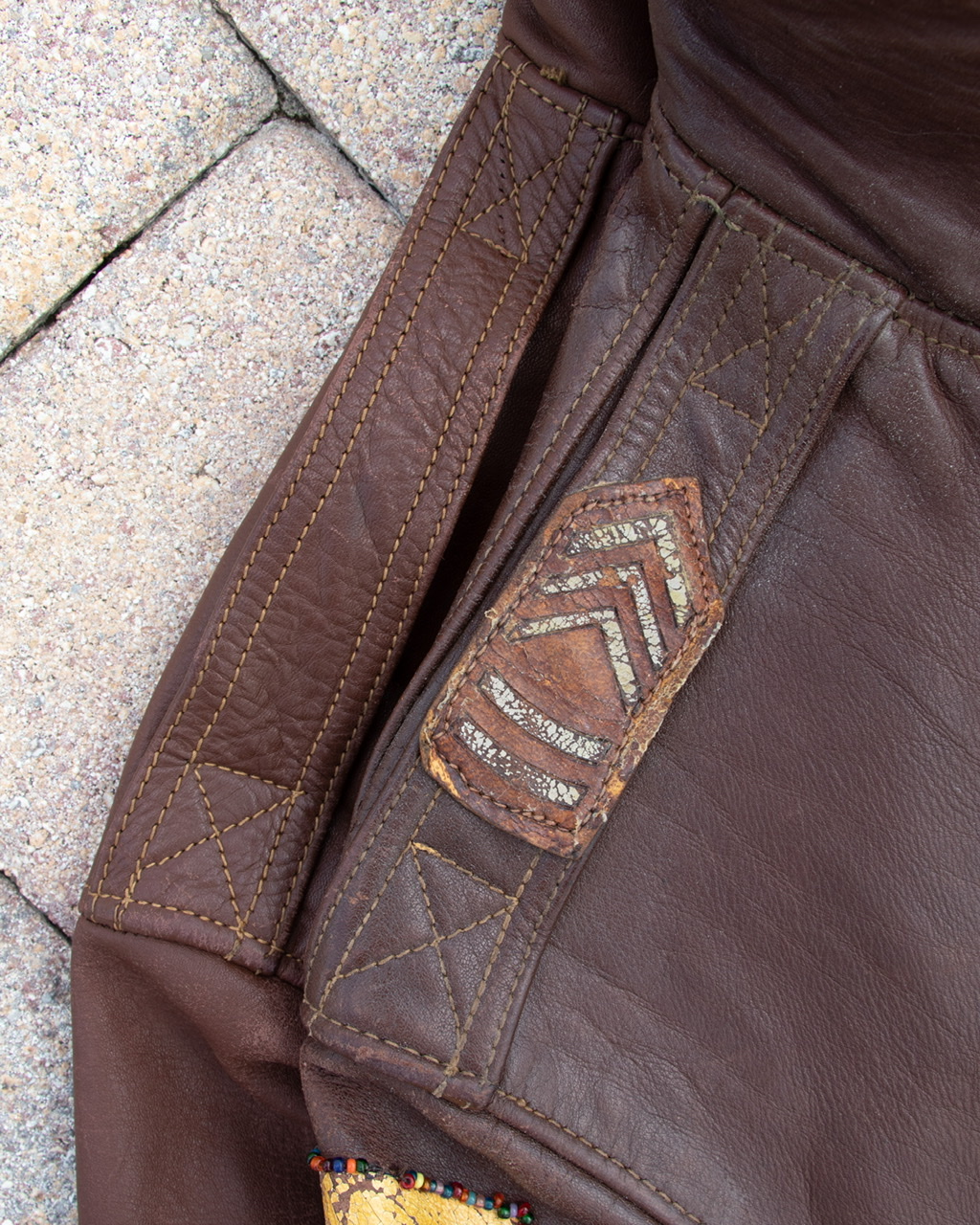 Finally one of the main characteristics on both contracts are the scalloped pockets. Here we can observe the right pocket of both jackets. Although the condition of the examples (creases) makes them look slightly different, one can easily see the similarities between United (left) and Bronco (right).
The dimensions and design (angles) are virtually the same on both (6 1/2 inches tall x 5 3/4 wide). 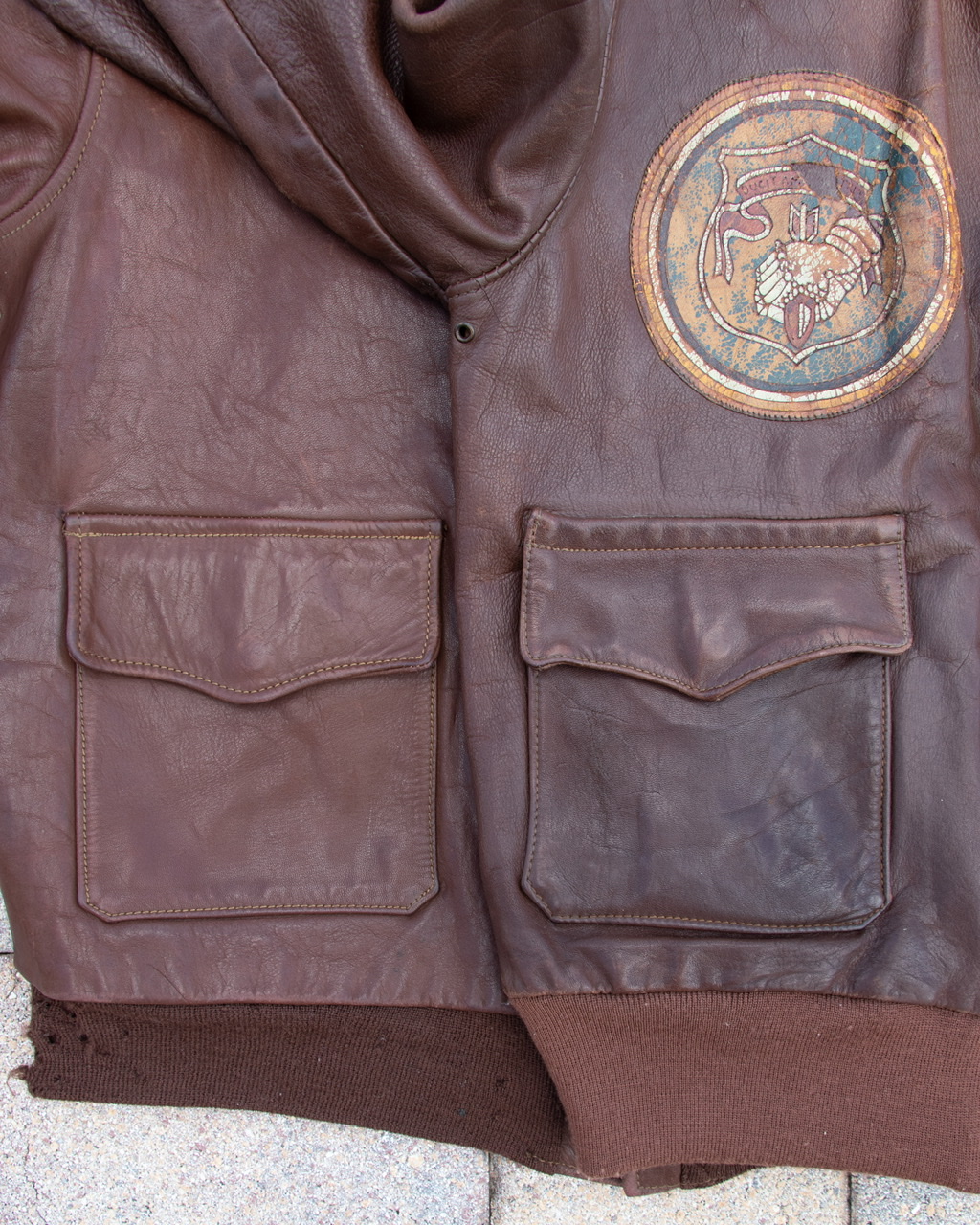 The picture of the pocket flaps open reveals the use of the small ring-stud from United Carr on both contracts. Also stitchings are quite similar. 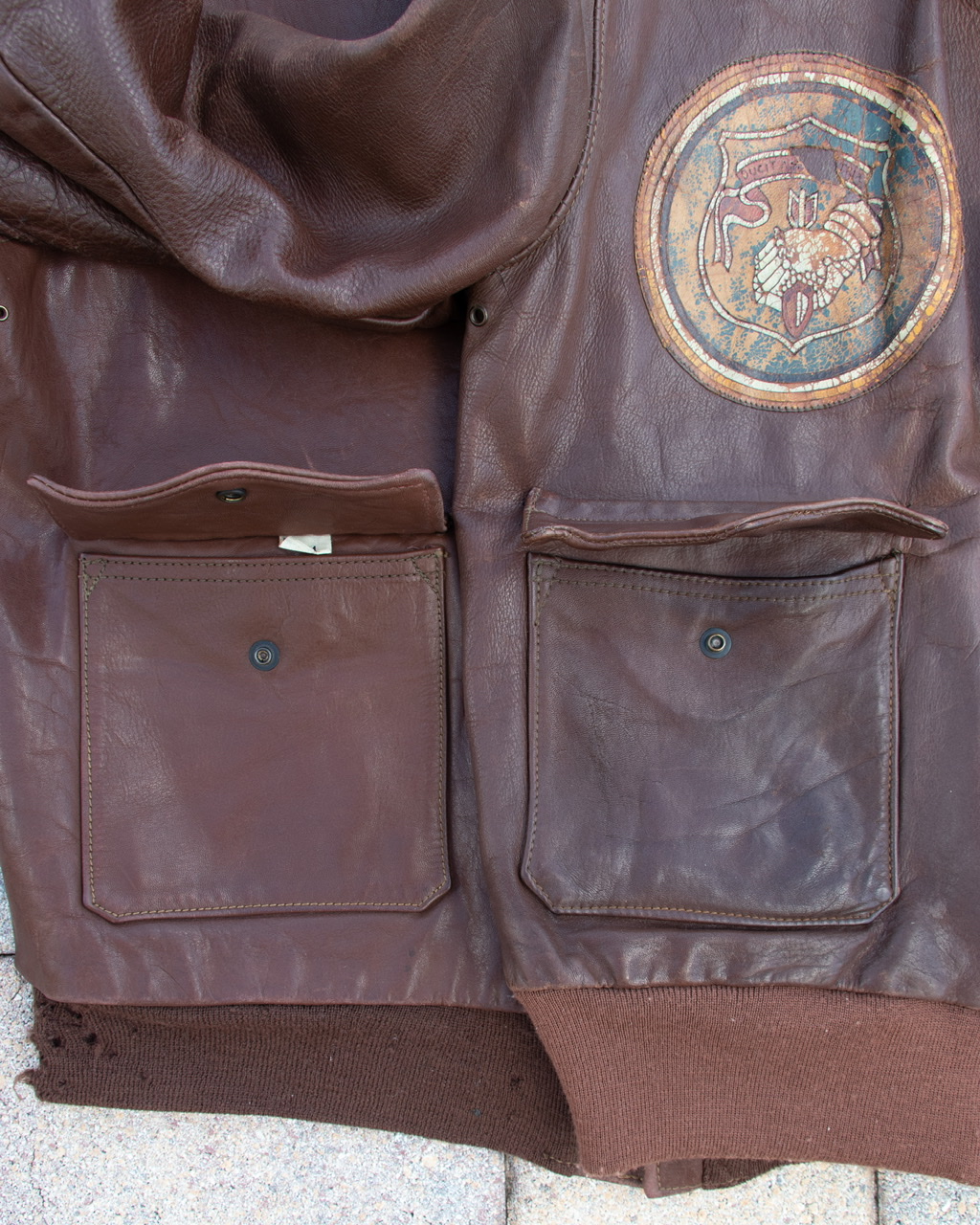 Note: It’s pretty interesting to observe the similarities between both contracts, making it very difficult to differentiate them from each other even on a face to face inspection. At this point my suggestion is checking always the shoulder seam position.
Last edited: Aug 1, 2020

Great comparison and photographs.
The similarities are more than a coincidence, you can definitely see that there was some "Colluding" going on between family members.
Good post!

Thanks @B-Man2, and yes! I totally agree on that, they were definitely sharing some info....

Great comparison - how does the fit compre between them?

Honestly, I cannot say much about the fit, since I couldn’t determine the size of the Bronco, fitted large to be a 40 and snug to be a 42 (specially the shoulder area). 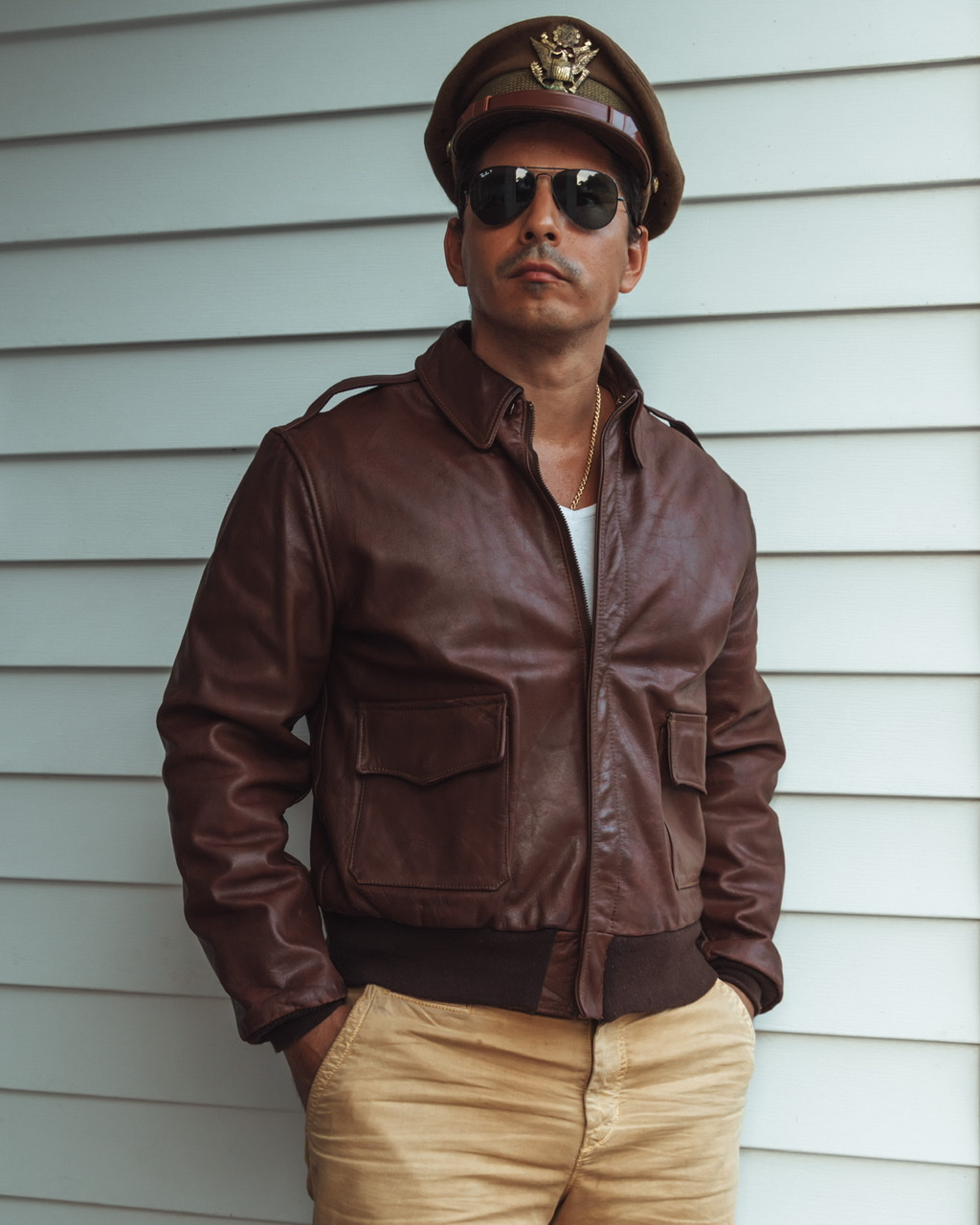 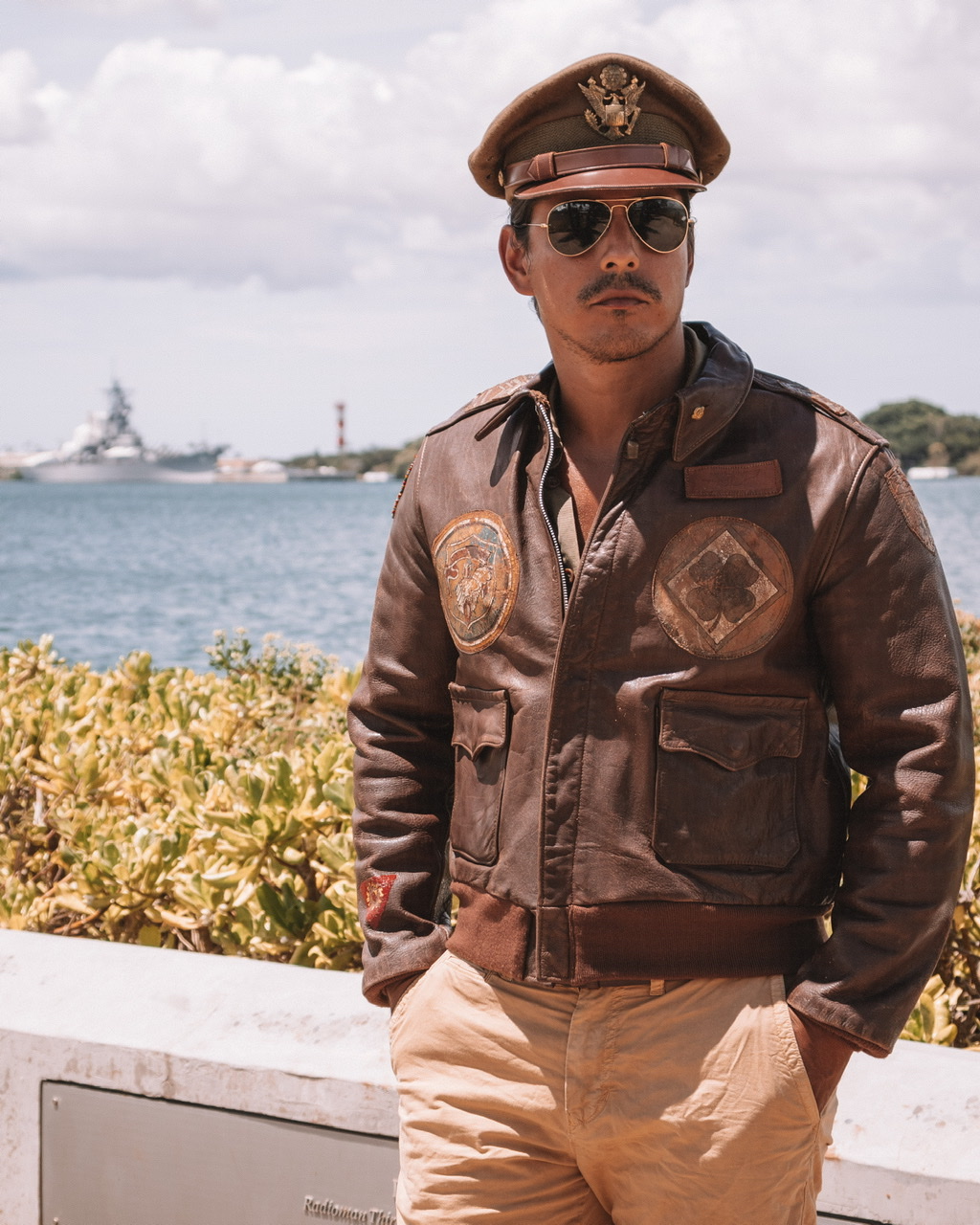 IMO, that’s a size 42. The Broncos are famously pretty fitted.

Fair do’s! Your first-hand experience beats what I’ve heard through the grapevine.

Yes, one thing I can state is that my United 42 is way more comfortable than the Bronco, so in that case, it could be a 40.

There’s some good weather here lately, so I thought I’d wear mine and get a fit pic in. 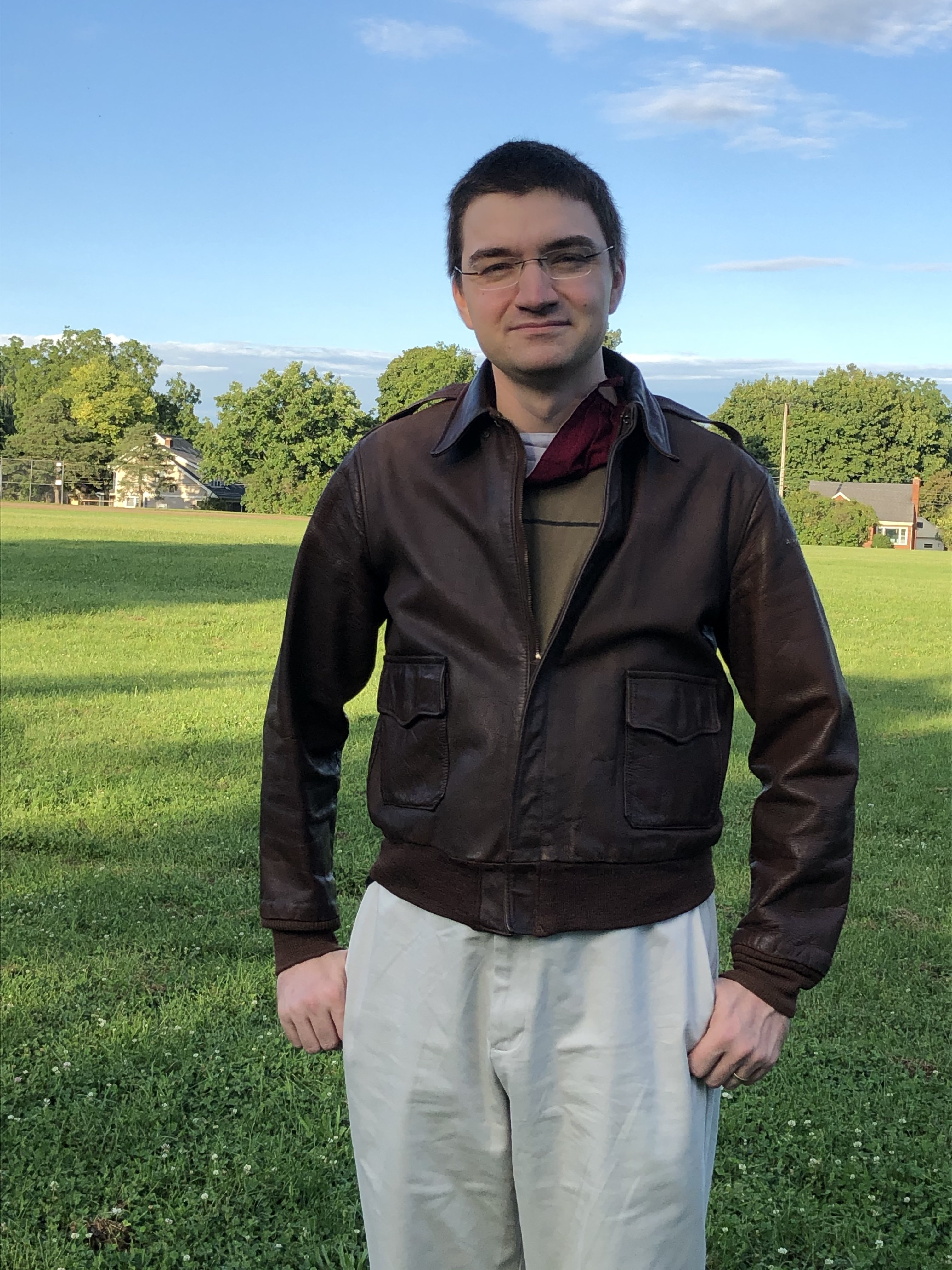 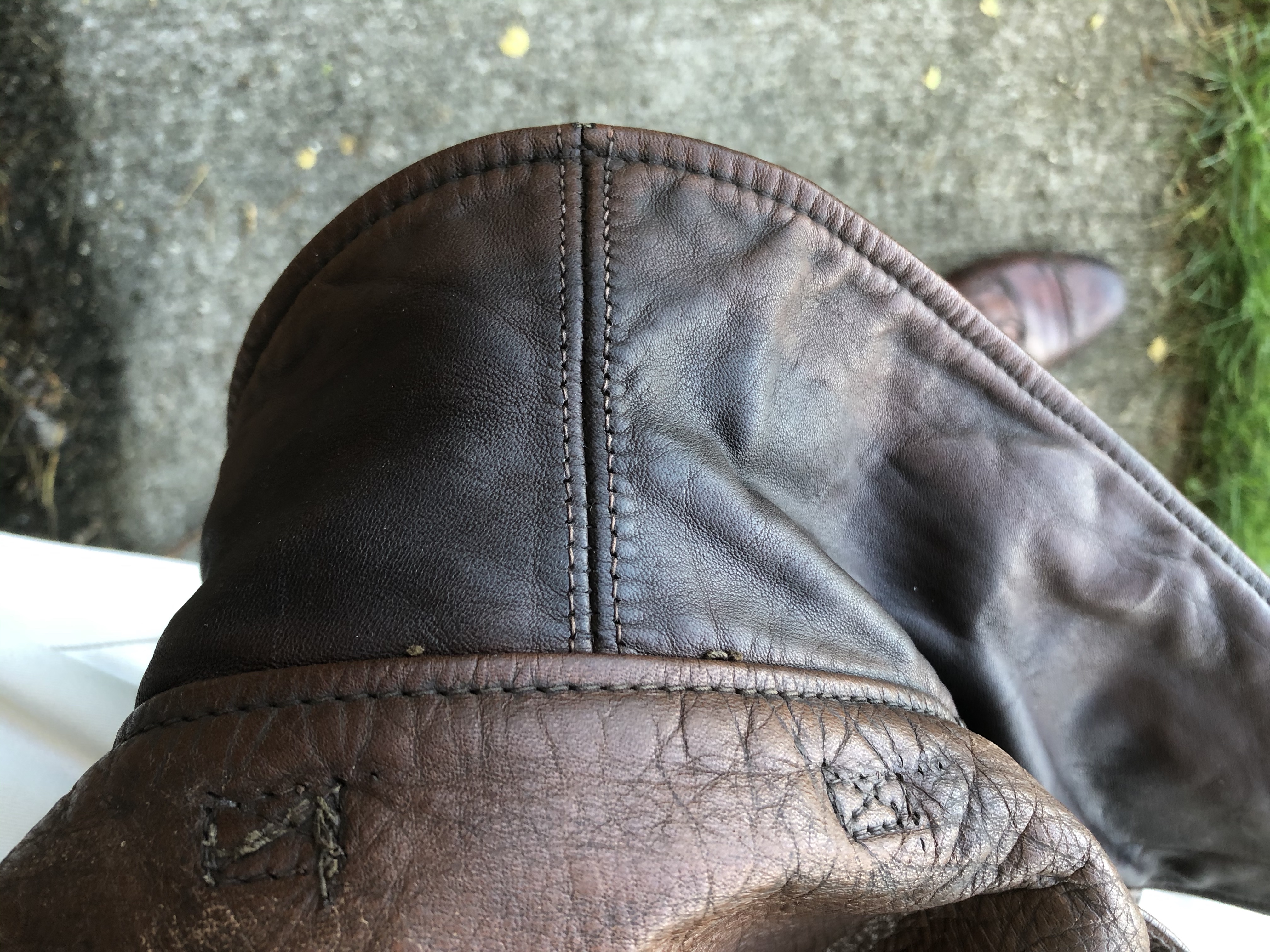