Stunning patches by Miroslav on FB...

Ha. I laughed too at the infantile response from our Flying Dutchman.

Of course he would. For a few posts he becomes relevant here until we move on with more appealing matters.

I guess you either mean that you are loving it, or are you just only the strange little guy used to deliver the message because no one's found any other way for you to be useful yet?

Anyway, despite shaking hands over our matters a couple months ago, I'm just fed up with his childlike tantrums. Got away from VFJ as fast as I could and got rid of the dumb thundercunt.

This thread was started, like the one for Anneke, to appreciate the work of artists who were not on my radar. I did not know Miroslav and I have no vested interest in his success. I would appreciate it if you have nothing nice to say you keep it to yourself, Suit Up or Sean's other controlled pages.

I did notice Miroslav has been added again to the A-2 Jacket Artists Society page as a moderator and that Sean has since lost that priviledge on that page? I guess that is that the reason 'you' elected to reinject here.

Your punctuation is incorrect.

Cocker thought a stink had left the site.

Yet here you are.

The Dutchman said:
He gave notice to Cristian and left.
Click to expand...

never saw someone quote themselves and reply.

The Dutchman said:
He gave notice to Cristian and left.
Click to expand... 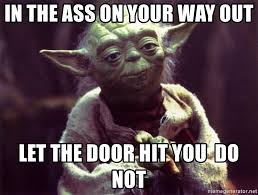 ausreenactor said:
I did notice Miroslav has been added again to the A-2 Jacket Artists Society page as a moderator and that Sean has since lost that priviledge on that page? I guess that is that the reason 'you' elected to reinject here.
Click to expand...

He's not even a member of the page anymore!

Have the alter ego kittens been tied in a sack and chucked in the canal ....shame.

Check out the detail in this roundel! 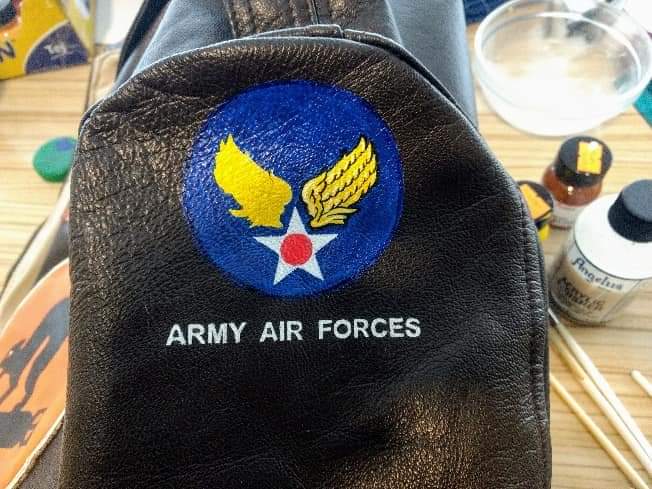 ausreenactor said:
Check out the detail in this roundel!

Is it your steady hand mate

Art said:
Is it your steady hand mate
Click to expand...

Am I the only one who received what appears to be insults from Mark Nelson over messenger during the night?
M

These are the Sean Colins words he wrote on SUIT UP FLIGHT JACKET before he deleted me:

I can imagine how he enjoyed doing that!

I ignore EXPERT for some time, but I couldnt be silent anymore. Each time he start attack, when I replay, shortly he lock post.
Once, he deleted whole post!

The last his attack was about two patches I painted for Mark Nelson..about 3 years ago, I repeat about 3 YEARS AGO.
Mark and I used to have good communication before and I paint lot patches for him. MARK SENT ME PHOTOS what to paint.

And now, after several years Sean, obviosly when he get bored, making post that I copied MARK NELSON!!!

I wonder, what did they think, BOTH, when they post such shits on internet.

I tryed to think that Mark is ok, but I was obviously wrong.
In last two years they searching ways how to make as much as possible bad picture of me in public and to present Miro like guy who copying others and nothing else.

Once I asked EXPERT, why you NEVER react when someone else copying me, he know well what I was talking about, but he LOCKED COMMENTS!
Asshole!

I thank to Cristian Bejarno who invite me again to be member of A-2 Jacket Artist Society.

Al I was doing there , and everywhere, is present patches I painted, nothing else. I never mention anybody and never wrote that my patches are for sale.
Those who like my patches, they will contact me and I can paint the patch they need.

Seans GREED for money is so big, that is hard to describe. I wonder how many FB pages he own???????

I never ever mention his name, but he couldnt leave me alone. Asked me several timers to join his page, but i refused! I was there at BEGINING but I left.

I dont know that guy, but now i do belive that something is very wrong with him!.

P.S. I apologize, my English speak is not so good, but hope you can read without many troubles...

Cocker said:
Am I the only one who received what appears to be insults from Mark Nelson over messenger during the night?
Click to expand...

When I praised Miro's roundel on one page 'someone' put up a similar post on Suit Up praising someone else's roundel from a couple of years ago. Once again, grade school antics from those who claim the moral high ground. While on holidays and I am chilling with kids watching Netflix I am happy to throw a bit of shade their way. When I get back to work they will slide even further down the priority list.

Had to laugh at a post showing one of Sean's blood chits sitting on top of a Good Wear A-2. Still smarting at the shit patch/top tier A-2 comment. Probably a set up post from a friend's ID. Looked like it was sewn on crooked. Good Way to wreck a Good Wear!