I just started reading Patrick Bishop's "Bomber Boys" and realised that there's been no thread here devoted to Bomber Command which is a travesty really. We've got multiple threads honouring the men of the 8th AF and the daylight bombing campaign which is so important but it's a real shame we've got nothing dedicated to Bomber Command.

If you took 100 men who served in Bomber Command as aircrew:
We often celebrate the fighter boys or the those who flew perhaps the more high profile daylight bombing campaign in these threads but I'd like this one to be a testament to those men who had the most dangerous flying job during WWII, the men of RAF Bomber Command.

Hopefully this thread can be a reminder of their unbelievable sacrifice and the incredible job they did, so please use this as a thread to post photos and even stories of the men of Bomber Command and to remember what they gave for our freedom today. 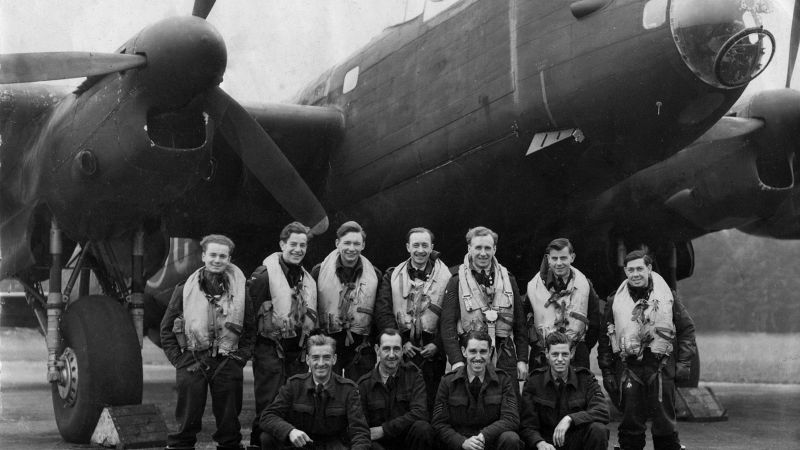 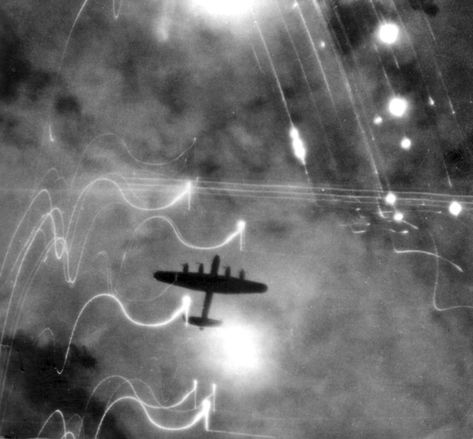 That, Smithy, is a very good call. 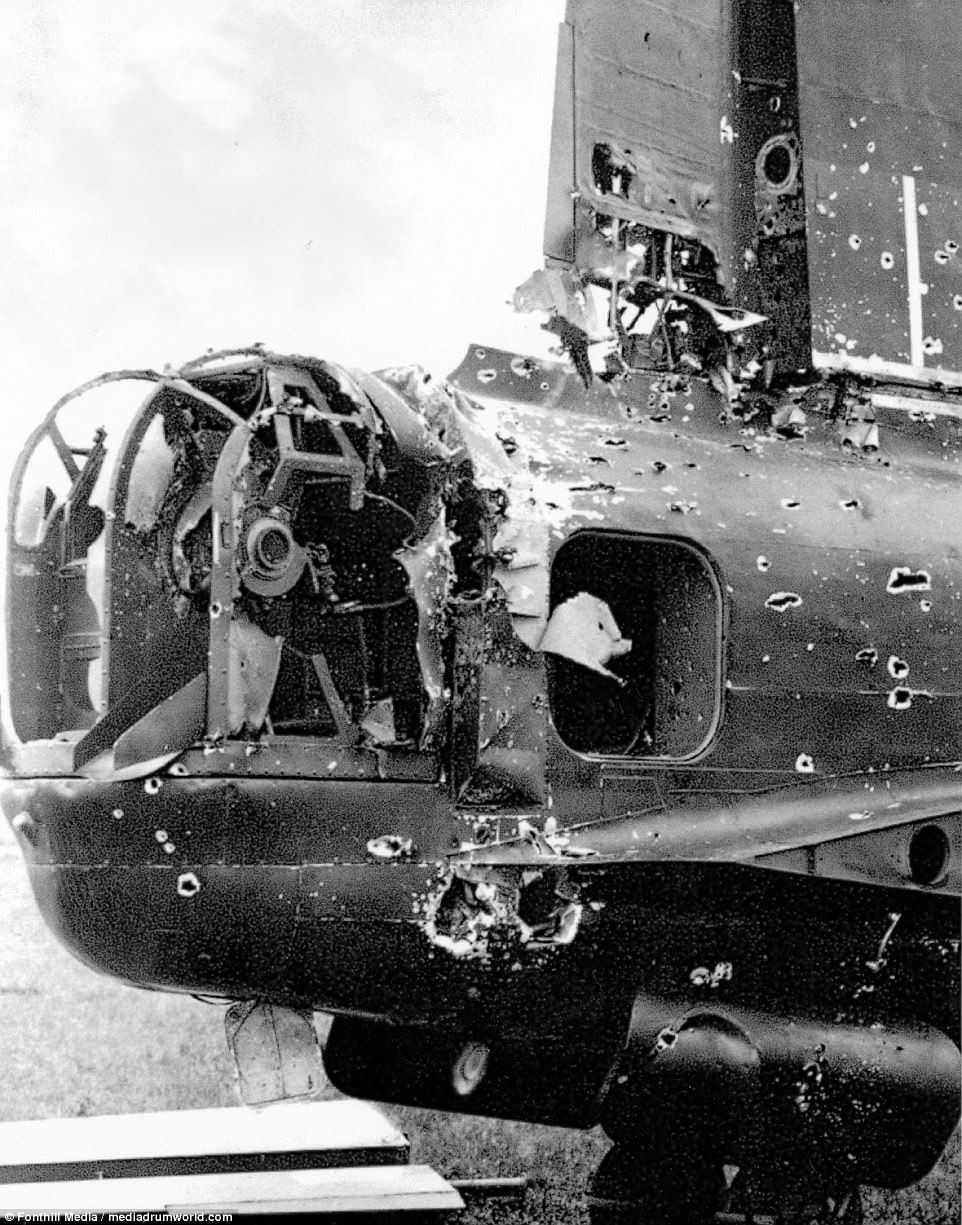 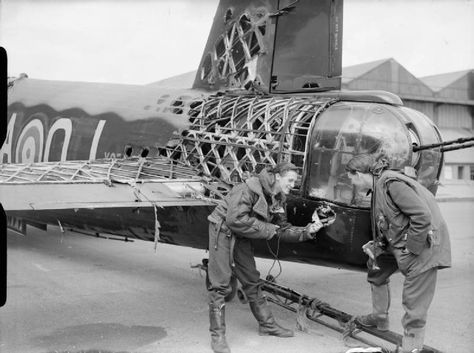 I think I've talked about this before. My Dad had a mate in the air force would had flown as a Lanc pilot. He'd flown a tour over Germany in '44/'45 as a 23 year old. He was seriously mentally affected by his experiences and told my Dad how it was true, they did often have to use a hose to spray out the remains of the tail gunner. Lovely chap my Dad said but he was destroyed psychologically.

Great call Smithy, thanks for starting this thread.

Good call Tim, and and definitely a step in the right direction towards giving Bomber Command the credit it actually deserves. Thanks for starting this thread.

Some sad and poignant photos .
But they’re the reality of the air war.
Thanks for posting Tim.

This video may have a place here, I really loved it:

That's perfect Vera and just the kind of thing for this thread. I saw that yonks ago so good job posting it here.

I remember my father talking about how terrifying night combat missions were in Korea, so huge respect for what these lads did every night.

Grant said:
I remember my father talking about how terrifying night combat missions were in Korea, so huge respect for what these lads did every night.
Click to expand...

I can't even imagine how awful flying night bombing missions must have been. Night flying - and especially in the middle of the last century was inherently far more dangerous than daylight flying. Add to that the psychological toll of not being able to see, what is about to attack you, must have worn (and did wear) nerves down very quickly. To then have a situation where a bomber was hit and going down and losing all sense of how to get out and where to get out as you have no proper visual reference must have been utter hell.

Reading about it, I'm in awe of how these men did it, and continued to do it, even whilst seeing the appalling casualties around them.

Terribly, terribly brave men and their memory and what they did deserves an enormous amount of recognition, arguably more than they have received.

This is unbelievable, actual audio recording of a Lanc crew over their target.

I can't believe how matter of fact they are - these chaps have balls of steel.

Unbelievable bravery and calmness in the face of what must have been hell...

I was lucky enough to take a taxi ride in “Just Jane” at East Kirkby in late 2019. I sat briefly in the rear turret. A lonely place indeed. 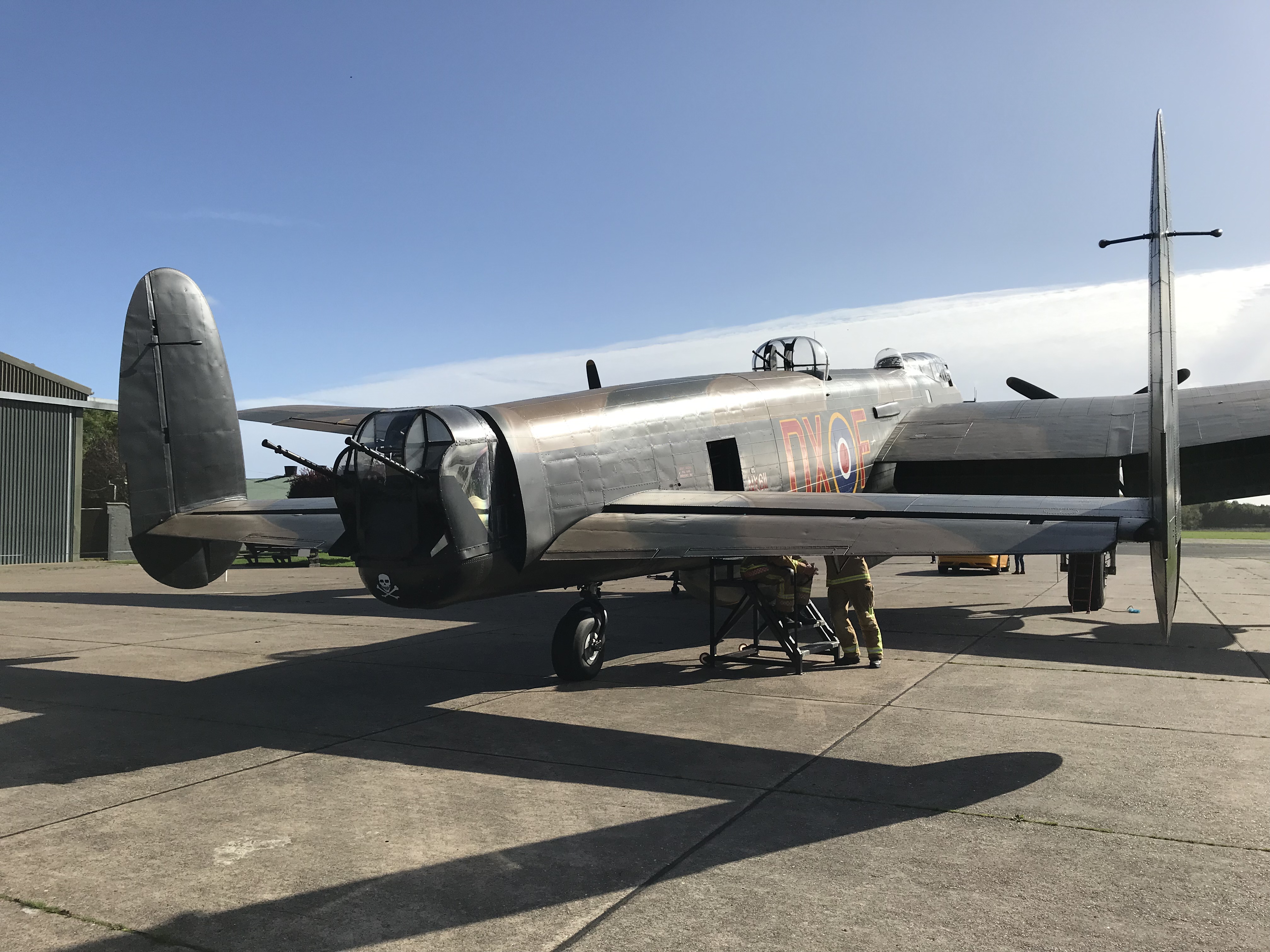 I had family who served with Bomber Command, not all flew, let's not forget the huge logistical challenge of maintaining the men, machines, equipment, airfields, armaments, fuel [the challenge of supplying fuel to each and every station [base] is a fascinating and little known story in itself].

I believe I may have posted these battered +50 year old newspaper cuttings before, they concern an uncle of mine who was the only crew member to survive when their Halifax was shot down.. 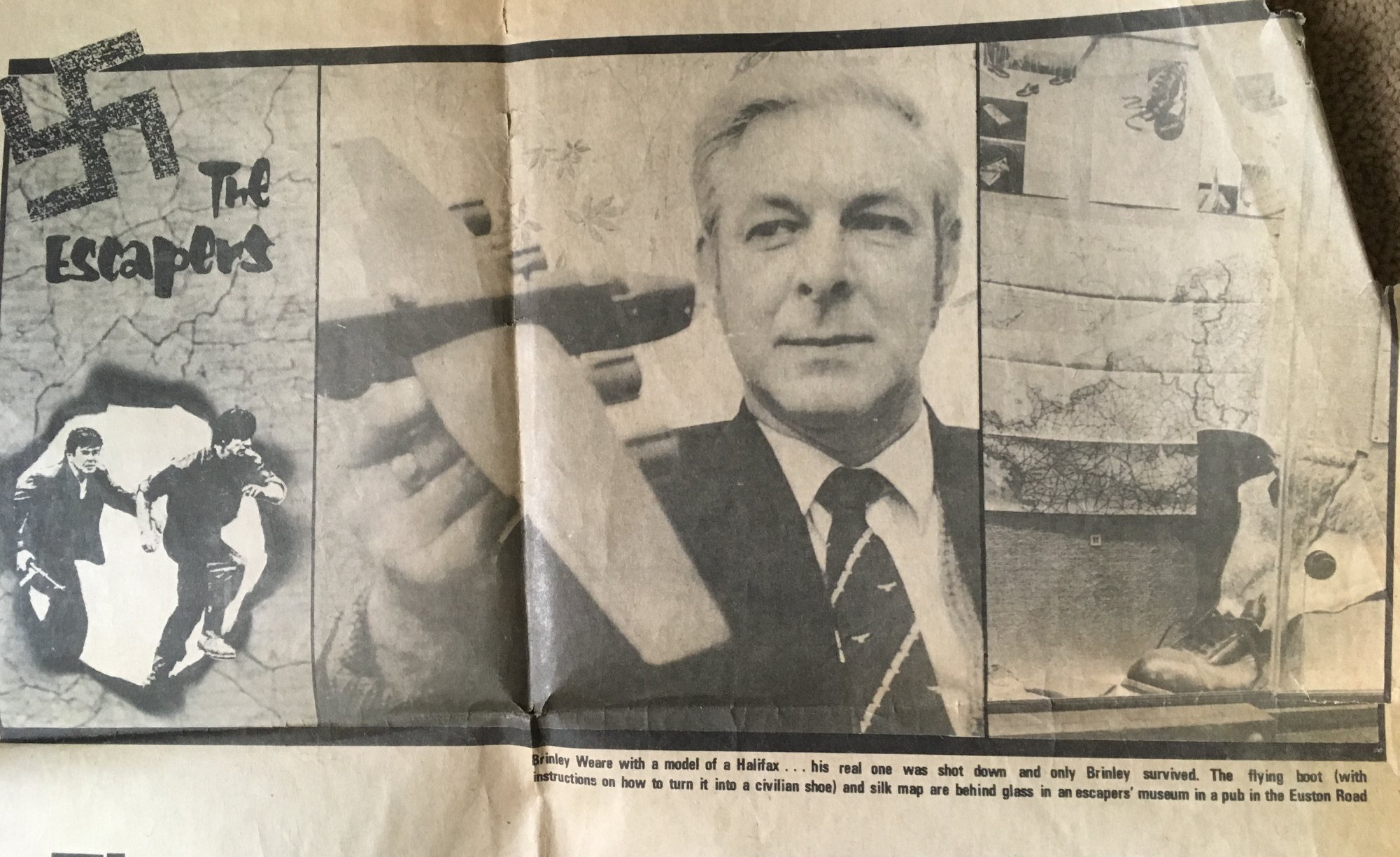 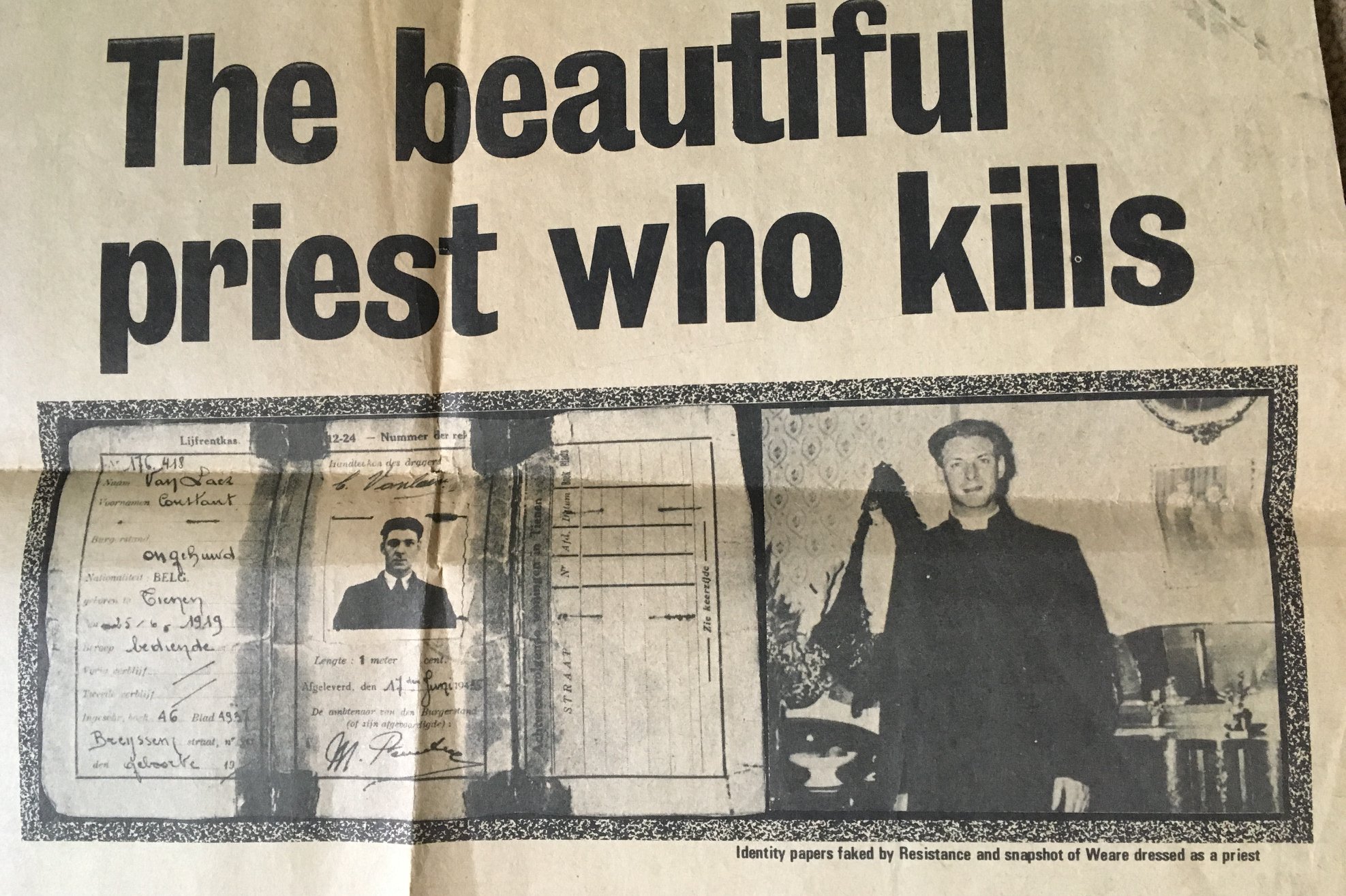 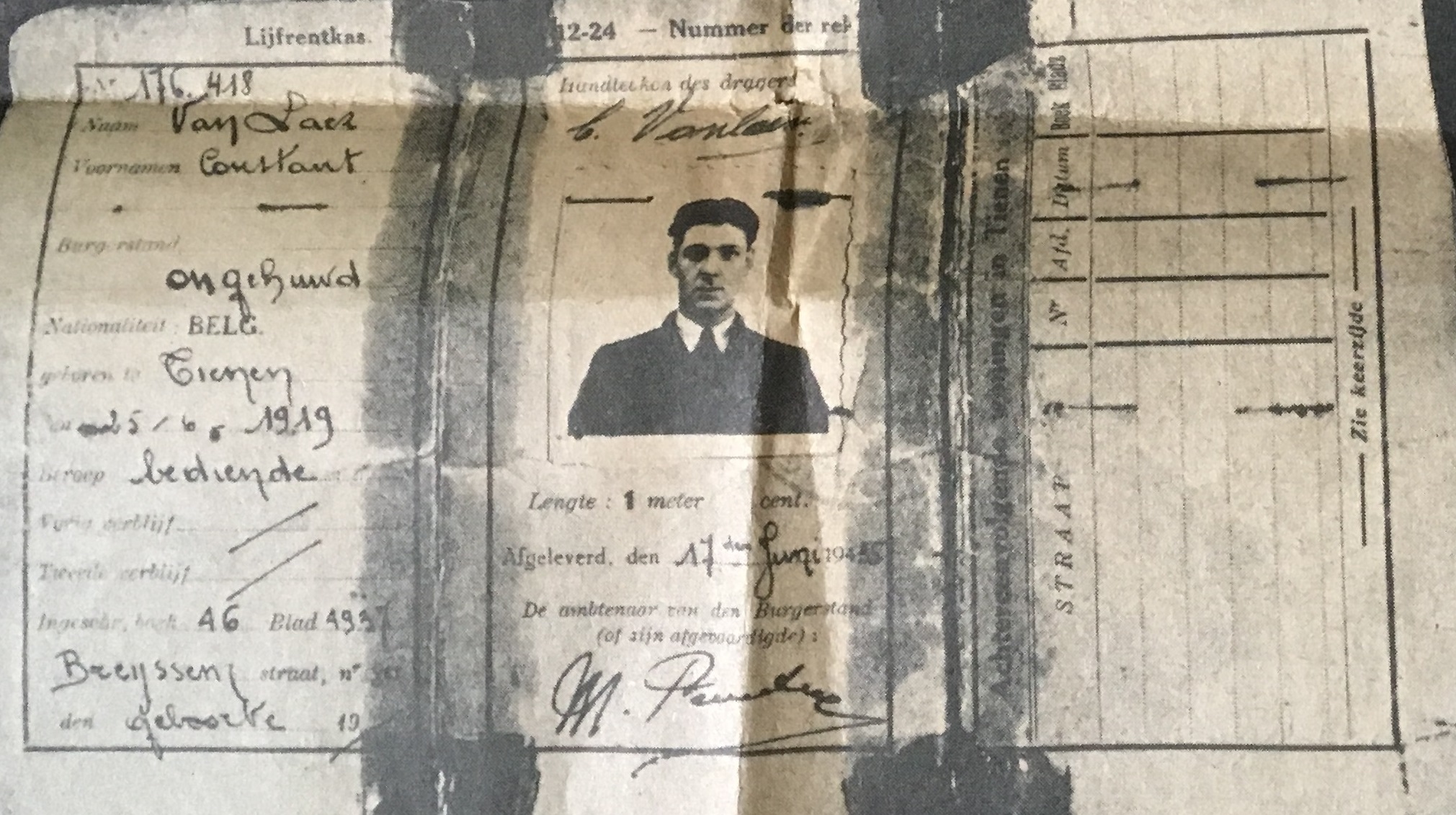 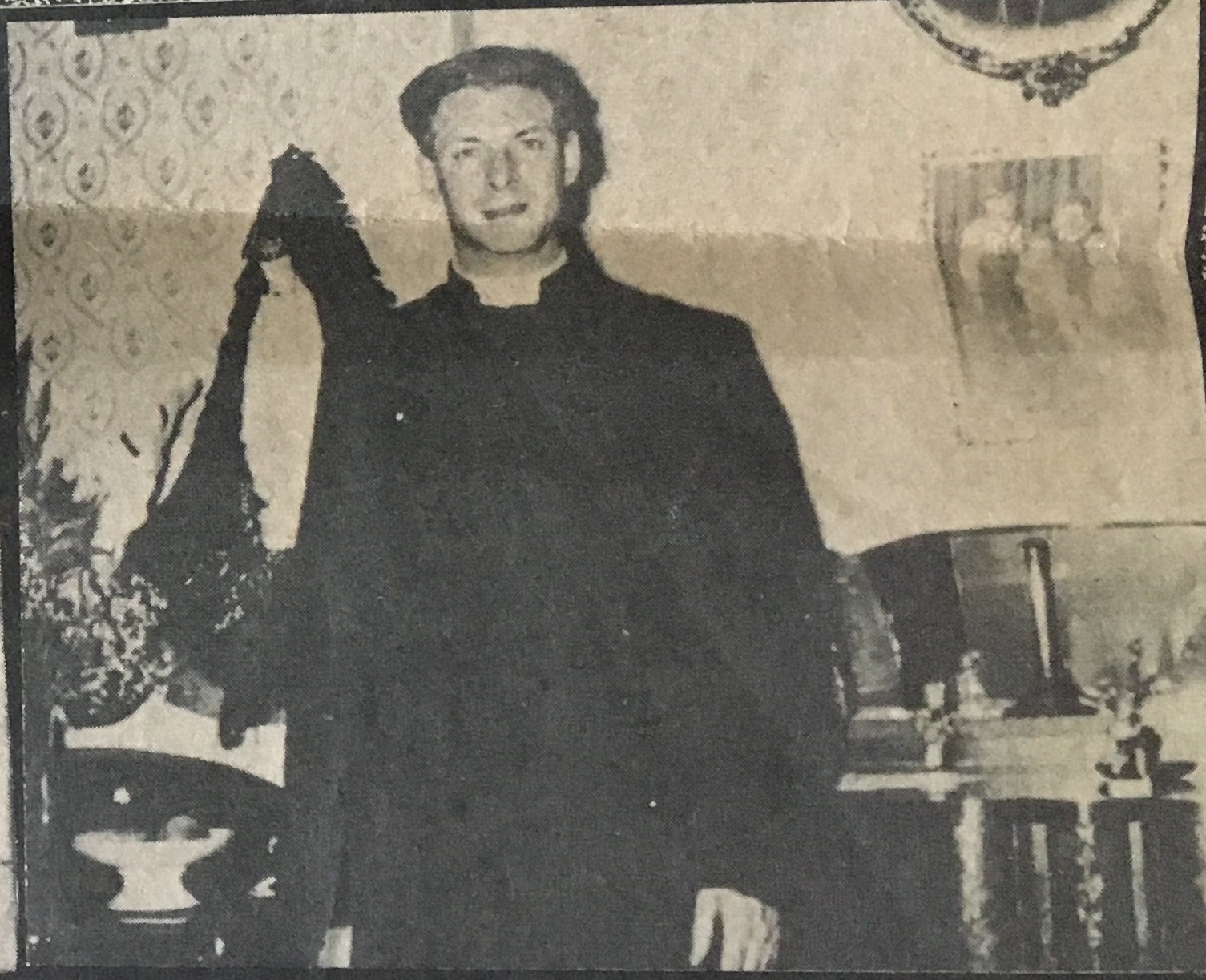 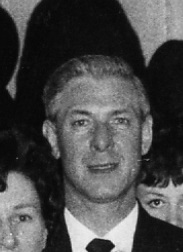 All my family flew in Fighter Command during WWII so for a very long time I've been interested in that and haven't delved much outside of it. I just picked up a couple of books lately about Bomber Command out of curiosity and I've been blown away by what I've read. I now see I had a very rudimentary understanding of what Bomber Command did and what its crews endured. I've been truly shocked by what these men went through, and I didn't know before this that they experienced the worst and hardest job in terms of the air war during WWII out of all flying men on both sides.

I'm still amazed that there were men who survived this and weren't reduced to living in psychiatric hospitals.

Very, very fair comment, Tim. Those boys are not given nearly enough credit for what they did, and it’s good to see them appreciated here.

Loading a Lancaster, that was hell of an Heavy one! 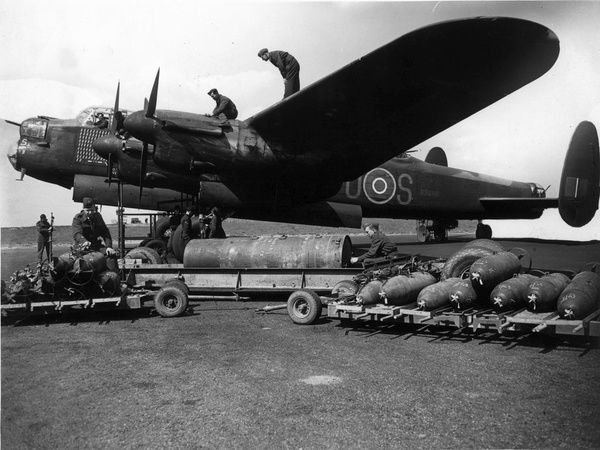 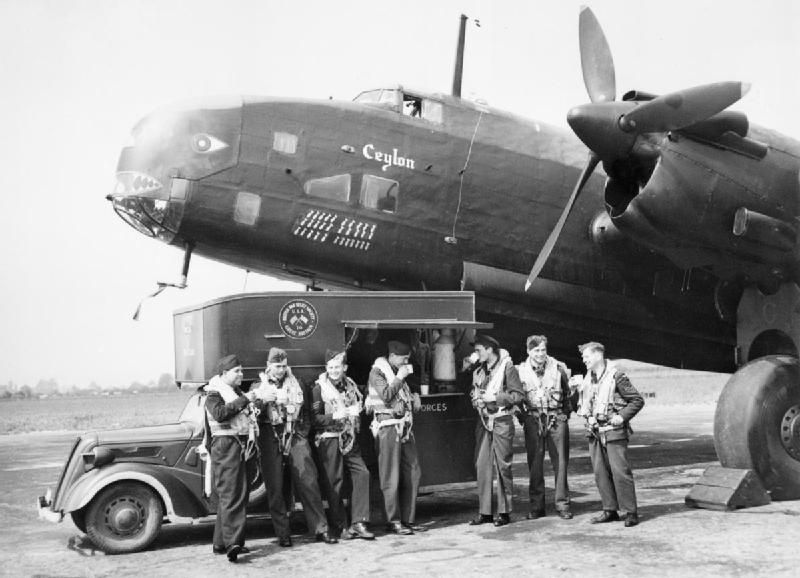 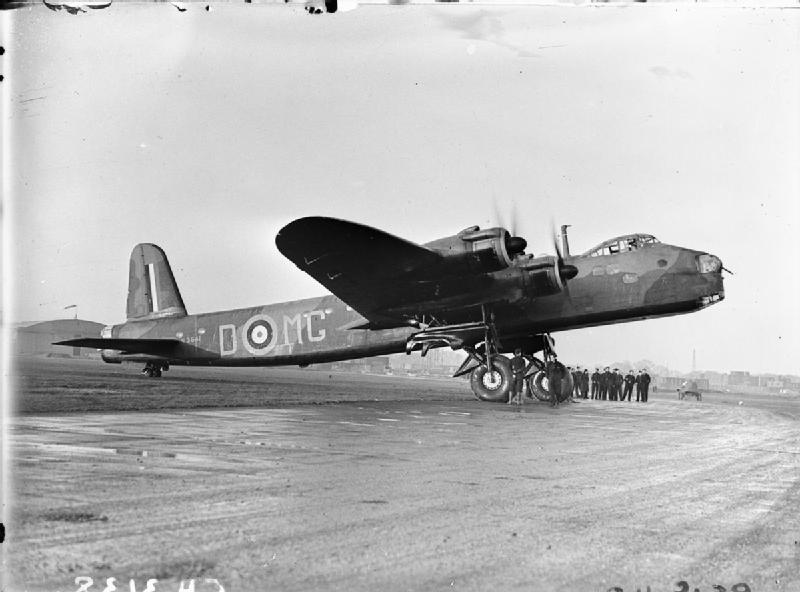 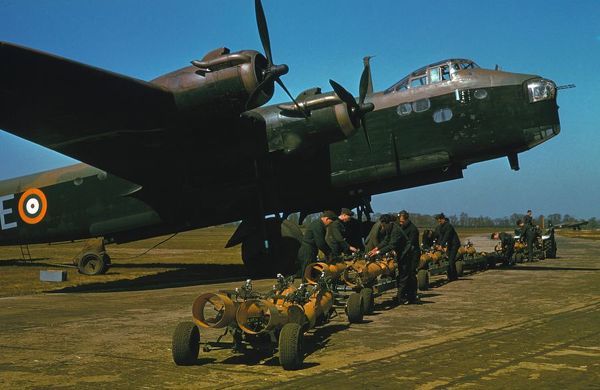 VeraVoulik said:
Loading a Lancaster, that was hell of an Heavy one!

The Lanc bombload was absolutely enormous.

BTW, love the photo of the Halifax crew in front of the Naafi van enjoying a cuppa!

Smithy said:
This is unbelievable, actual audio recording of a Lanc crew over their target.

I can't believe how matter of fact they are - these chaps have balls of steel.

Unbelievable bravery and calmness in the face of what must have been hell...

I've had copies of that remarkable series of recordings for years and what has always struck me is the controlled tension that runs through all of them. Professionals through and through. The audio was recorded during a raid over Berlin, Germany on 4 September 1943. Recorded in Lancaster "F" Freddy of 207 Squadron RAF. Also worth hearing is the accompanying commentary by BBC reporter Wynford Vaughan Thomas who was also aboard along with recording engineer Reg Pidsley. Most of it is available below [along with the same audio Tim has already posted].

WVT added additional narrative once back in the studio and that version, or at least some of it, is available on the net too.

For decades the contribution made by Bomber Command and those that served in it during WW2 was hugely overlooked. You are right to start this thread Tim.