Or whatever it might be.
It was advertised as being a scarf.
To me the cloth feels pretty much like acetate, and given the size I'd say it would have been put on a coffee table or sumthin' like that. Definitely not a scarf though. Very thin cloth.

The SAC embroidery looks typical for the fifties and matches the way SAC patches were made back then.
I think I have a similar or identical sample somewhere, which was wrapped in the dated and named box from about 1957 or thereabouts.

Useless, but a fun piece of history to have.
It makes me think of a 'fifties mess hall on a sun soaked remote SAC air base with B-47's next to a three mile runway and just tens of miles of desert all around. 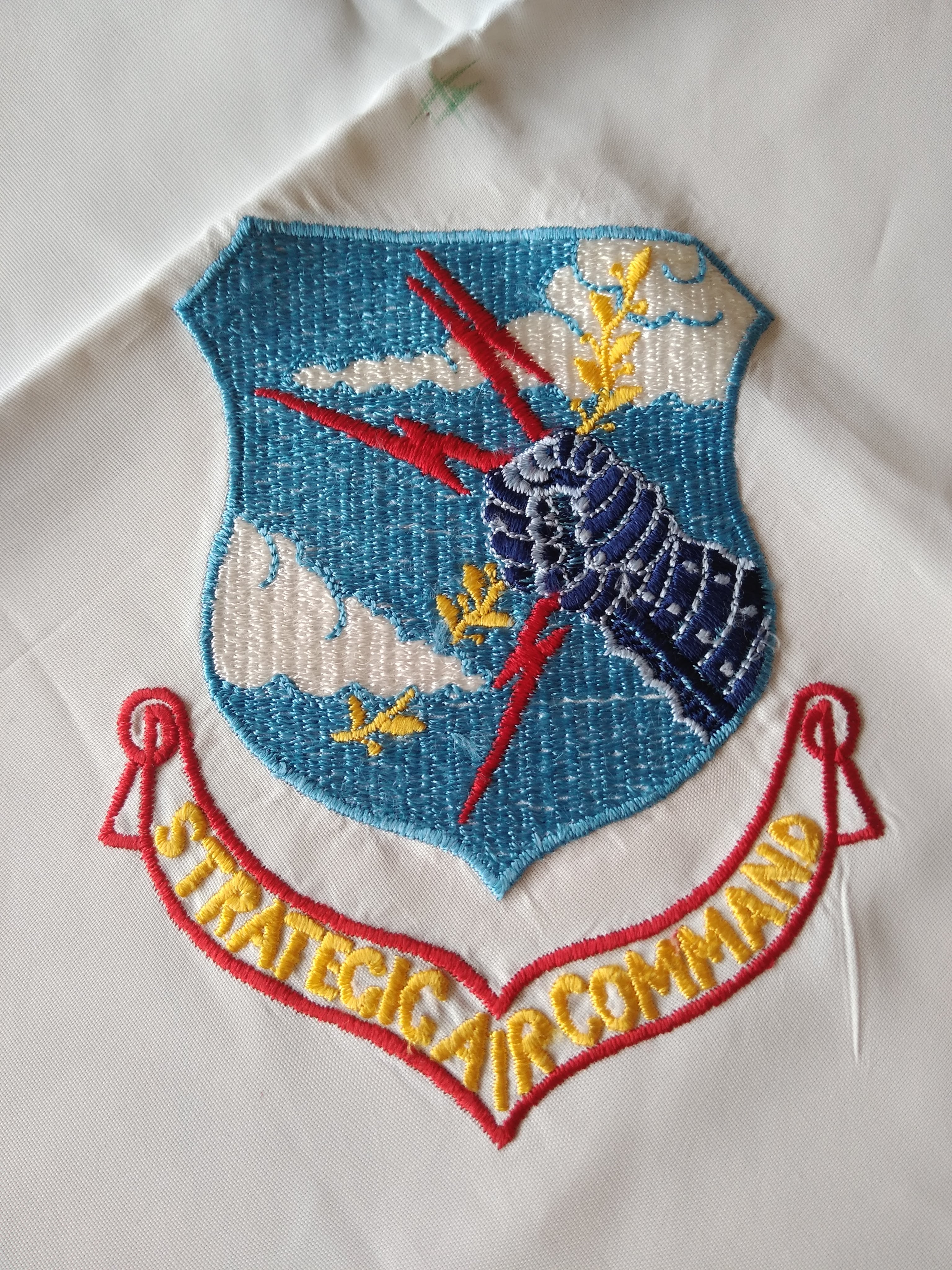 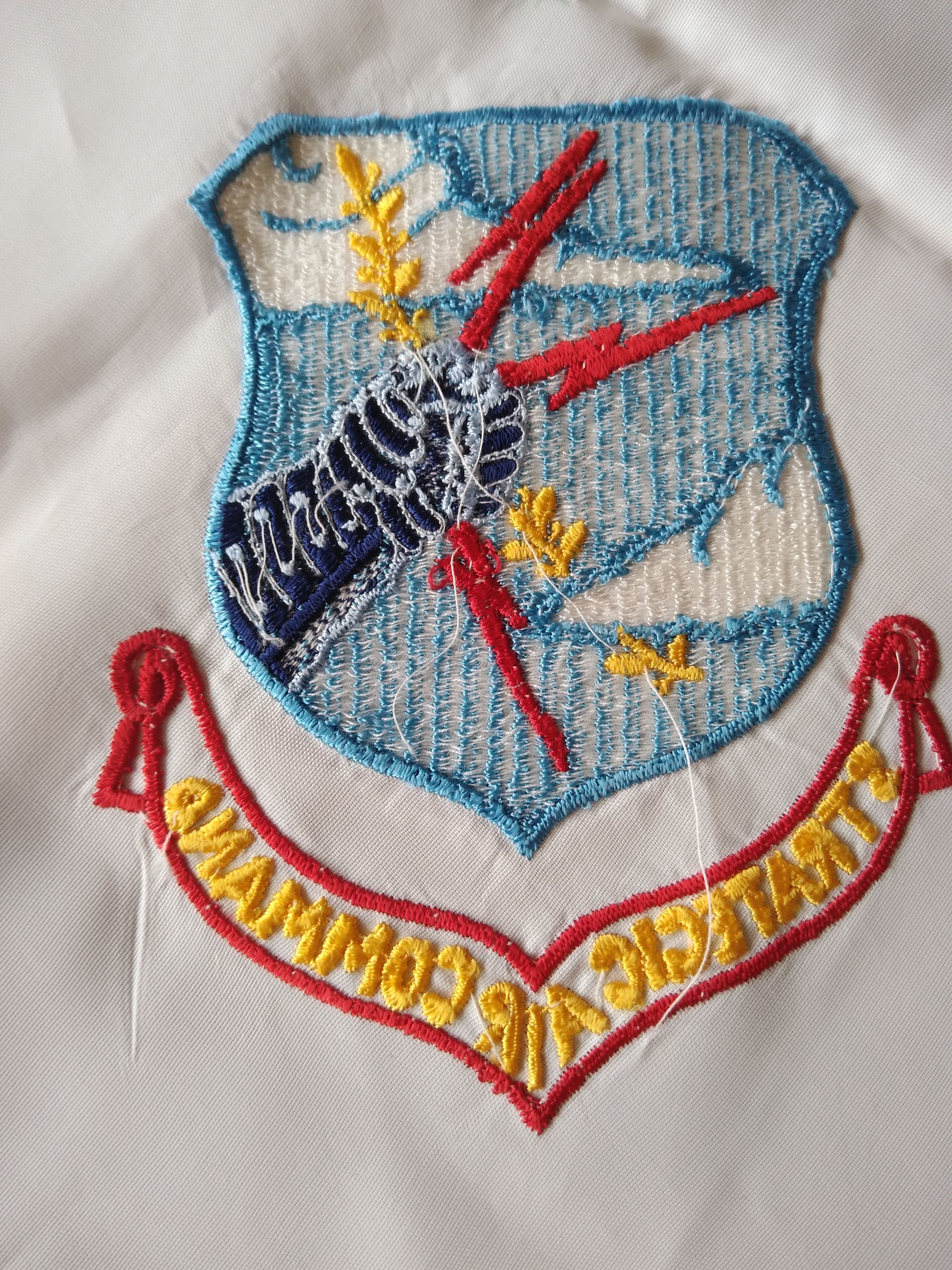 What are the dimensions?

Oh, already folded it back into it's cellophane wrapping, it's about 60 x 60 cm.

I think it could still be a scarf/cravat. Ideally a table cloth would be embroidered centrally or around the centre with space for 'stuff'.

That makes sense. But being such a very thin cloth…..
Now it's gonna stick with me until I found out.

Geez. Getting old or senile. Googled it and found my own posting from 2013. Go figure .
Well, anyway. SAC scarf, definitely. Identical to the one I bought back then.
Oh well. Got to find a picture of one being worn now.