Some repro patches from my collection

I used to post here regularly about 15 years ago but drifted away from making patches. However, over the last couple of years I have rekindled the bug and been beavering away at a fair rate. I only make patches for my own collection and jackets but thought you might be interesting in seeing some examples of my work. I do painted (leather and fabric), CBI multipiece leather, Italian carved and embroidered (chain and satin stitch) patches - basically if I see a patch I like, I make it and add it to the collection and I like a lot of patches .

Anyway the following is a cross-section of what I've made. If there's interest, I will post some more.

Yardstick
Welcome home !
It’s been a while. Those look awesome .
Hope you decide to stick around and to offer some your works for sale .
Cheers

Impressive embroidered stuff. How are you making these?

Latest creation. On a technical difficultly scale of 1 to 5, this was a 8! 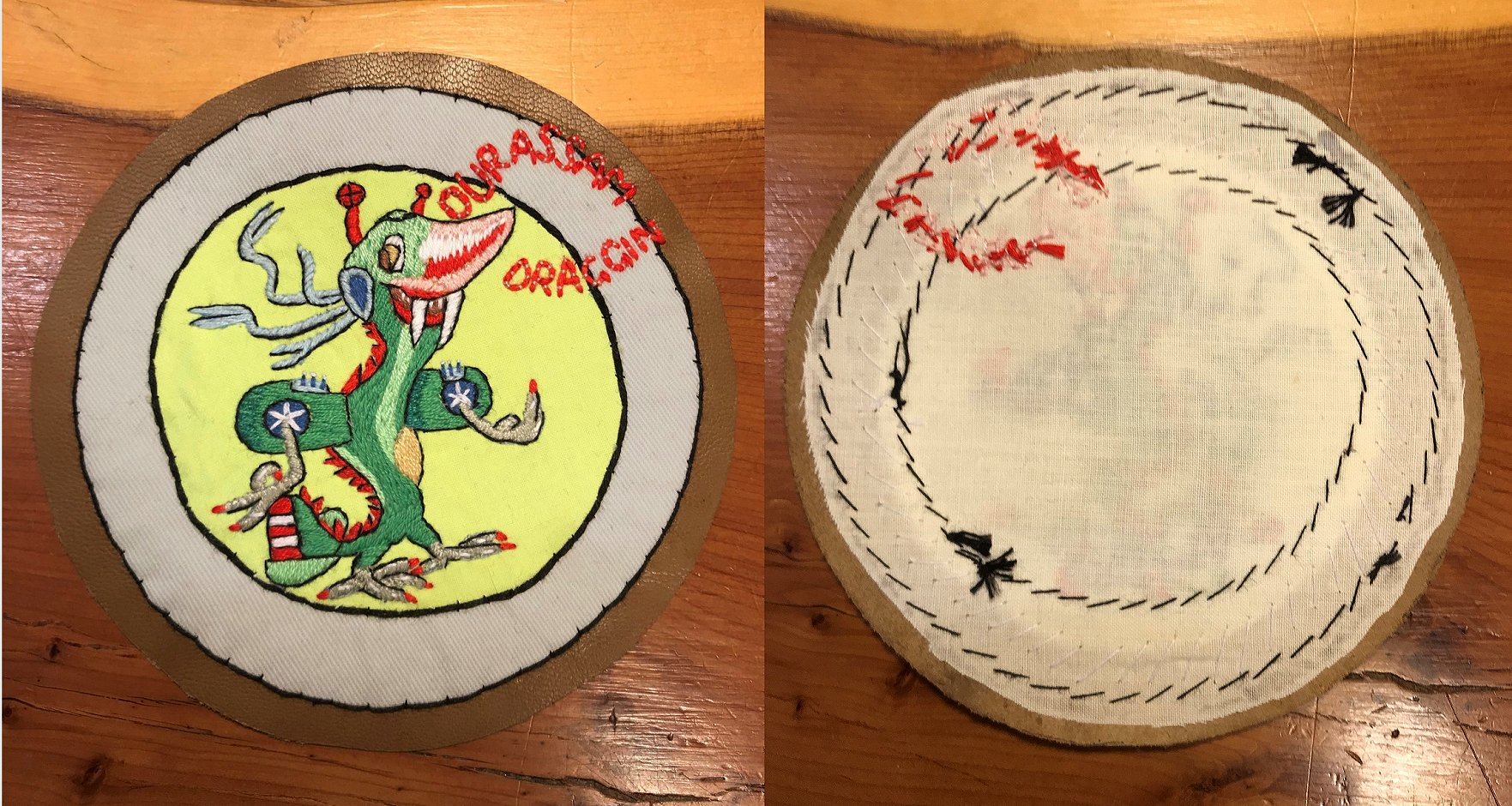 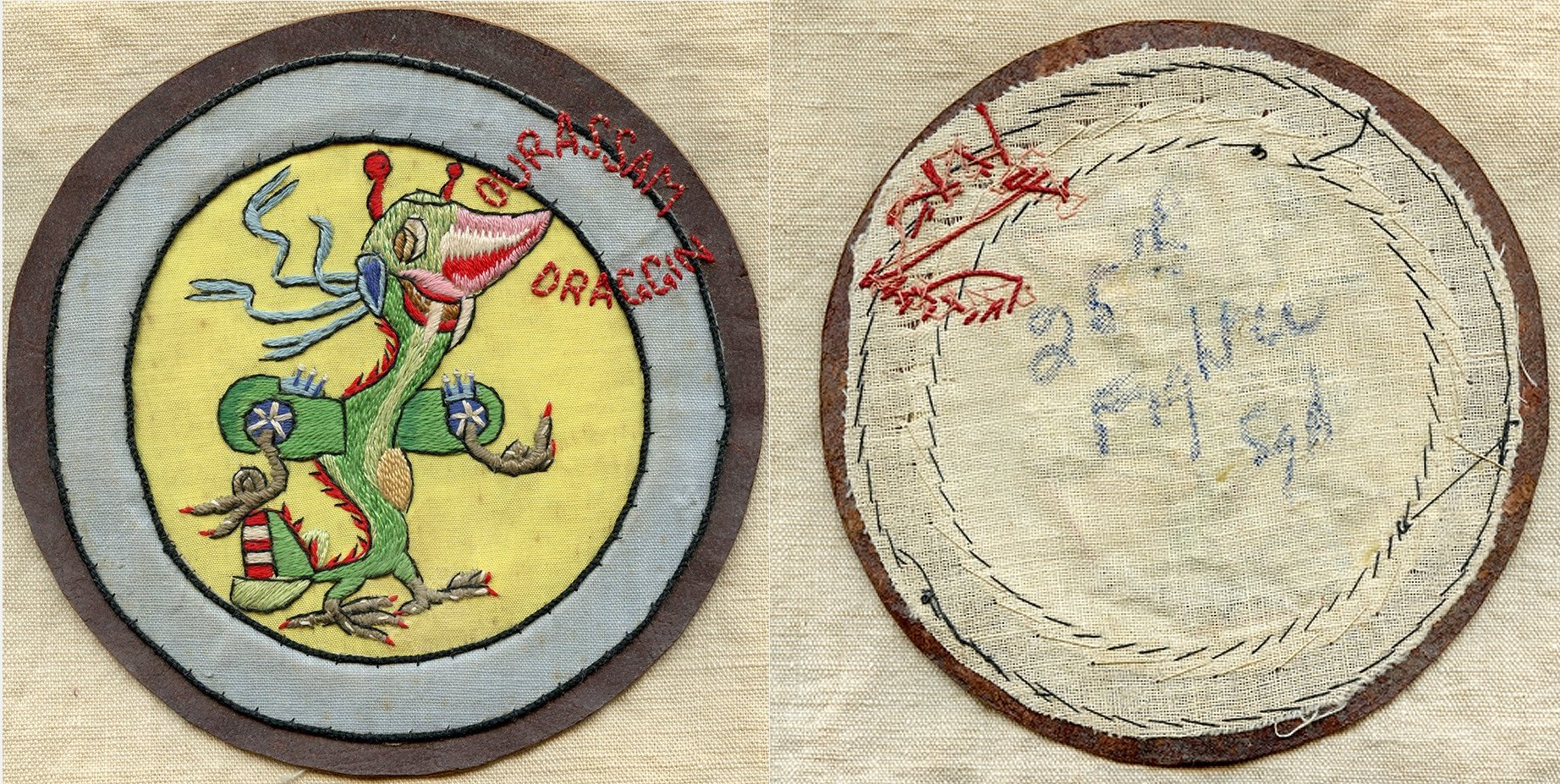 The Hells Angels patch on the ELC tribute jacket is about as good as a patch can get in my opinion. Do you think you could replicate the reproduction on the repro jacket? 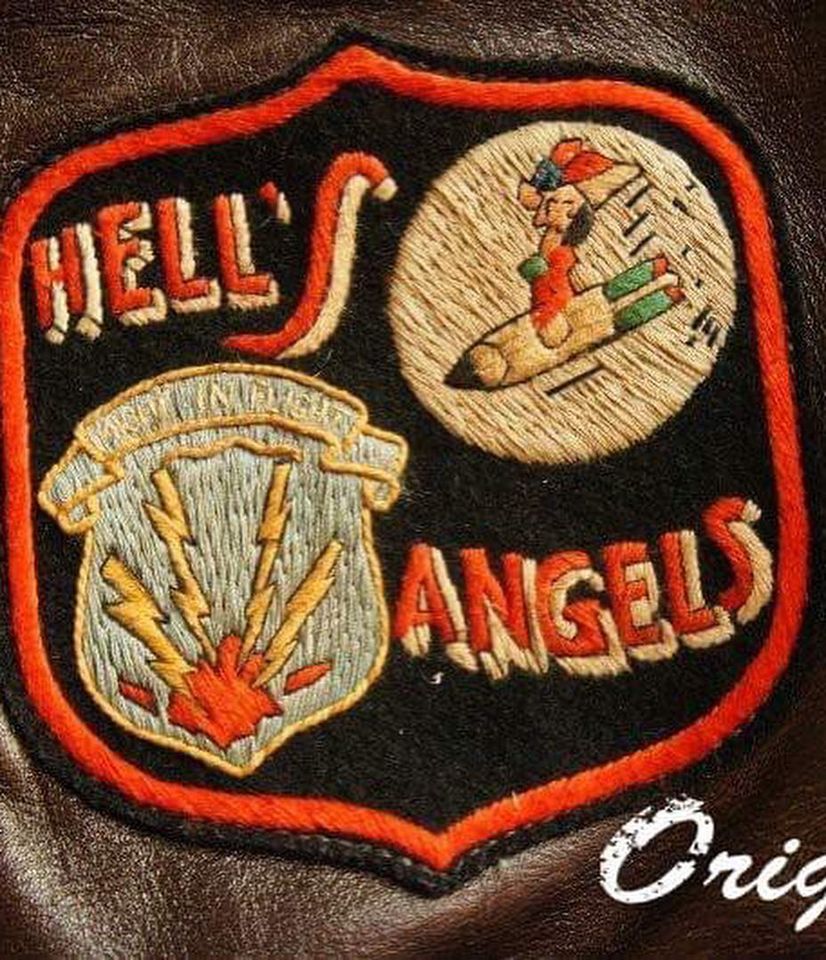 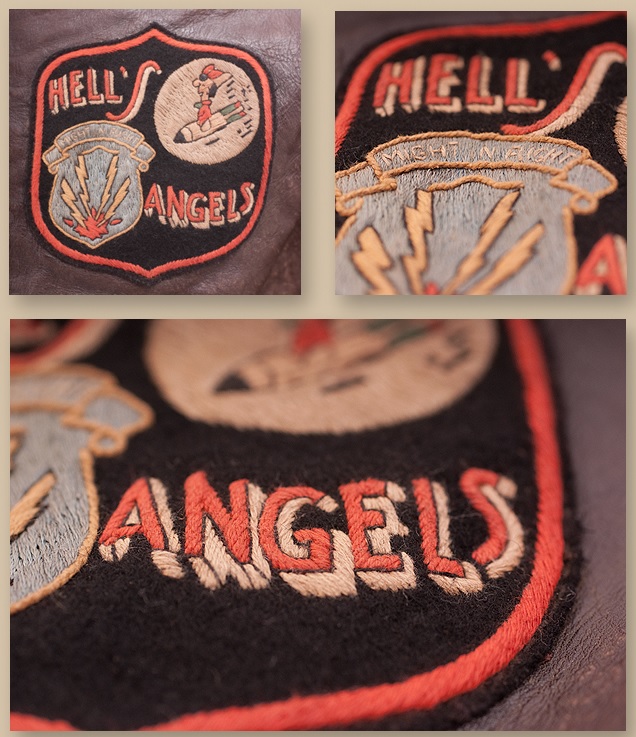 That's one of my favourite designs - wasn't easy to replicate because there are very few good pictures of originals available. Here's my version - it was fairly early in on my learning curve and I could probably do the lettering better now. 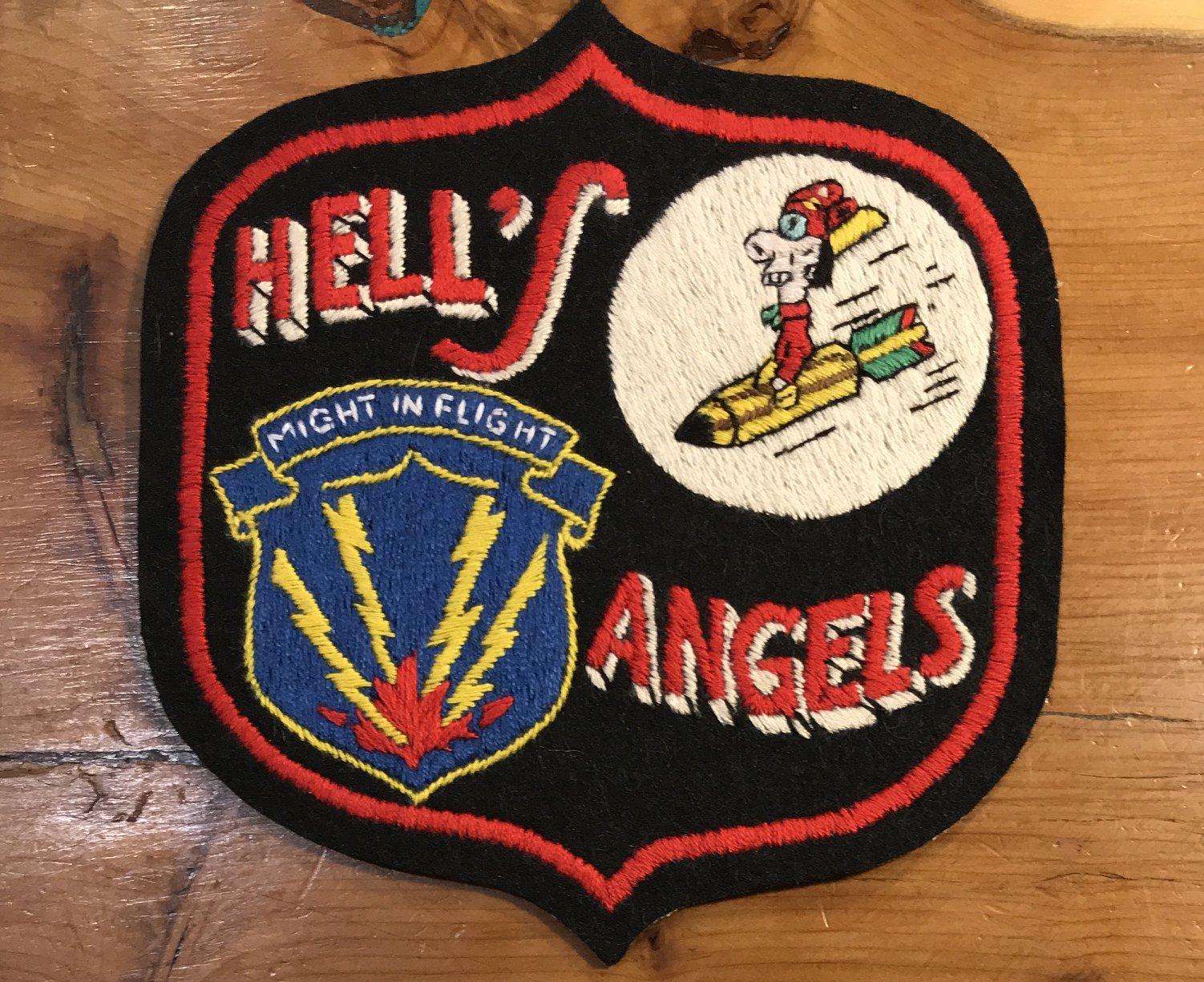 Yardstick said:
That's one of my favourite designs - wasn't easy to replicate because there are very few good pictures of originals available. Here's my version - it was fairly early in on my learning curve and I could probably do the lettering better now. 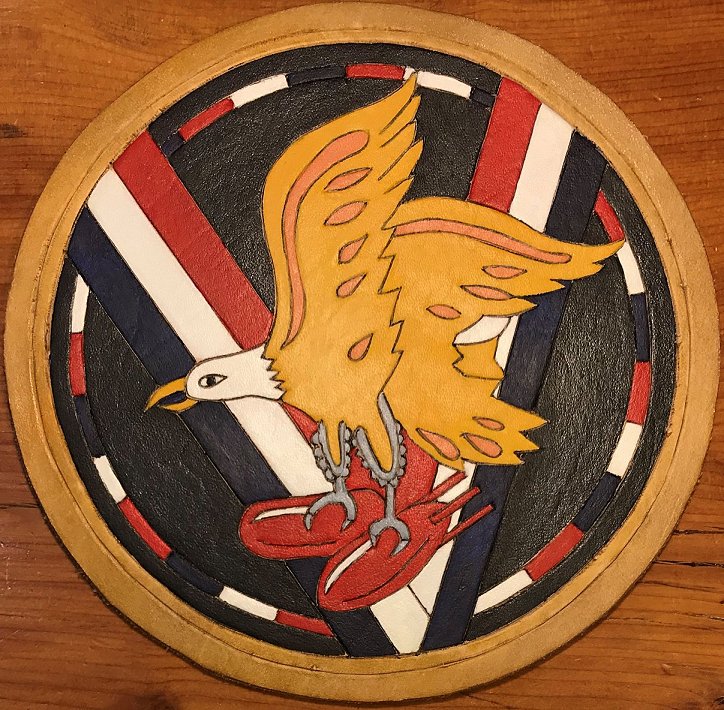 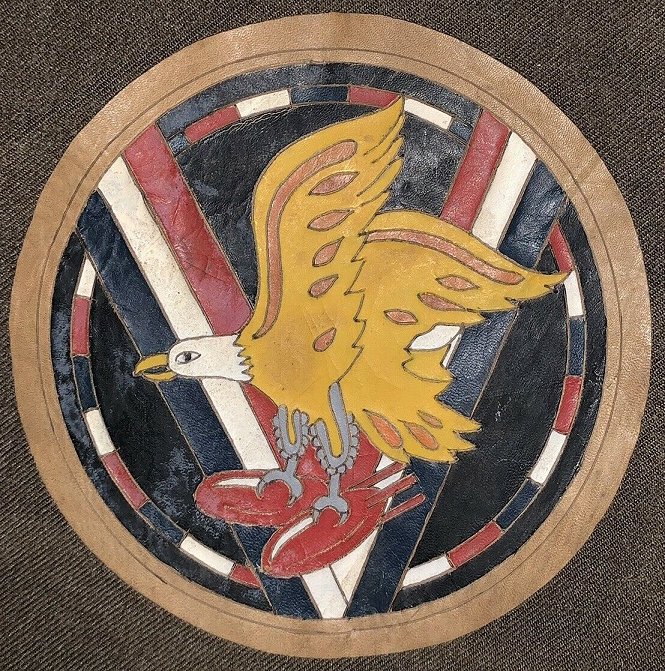 Got to ask has anyone ever seen a picture of an A-2 that has a 56th FS patch ?? Love the Bulldog but can’t say I have ever seen one in a war time photo .

Update:
Ok - after an hour or so of searching, I have nothing conclusive to support the 61st having had any personalisation added to flight clothing and there is precious little for the other squadrons. I suspect that this was a directive from the top (Zemke). The individual squadrons did use their emblems and there are a number of pictures showing the respective officers messes decorated with the relevant heraldry.

I have tracked down a fairly well know A-2 from the 62nd FS (Lt. Harold Gallagher) and a war time image of a similarly patched A-2 (Lt. Leo Butiste). I suspect both jackets' embellishments may date from the post Zemke era (after 12th August 1944). The Butiste pic gives greater provenance to the Gallagher patch being a genuine war time addition to the jacket, as both patches appear very similar. 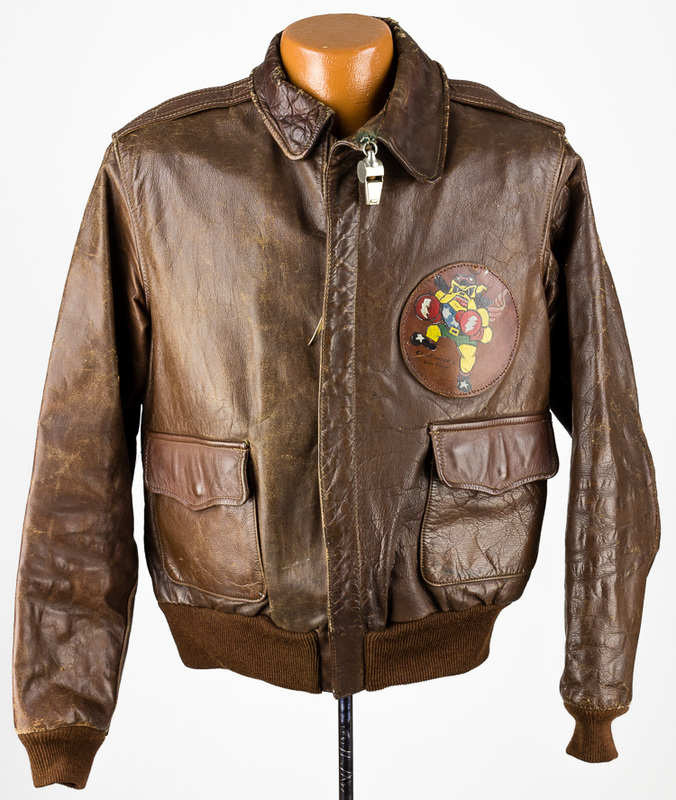 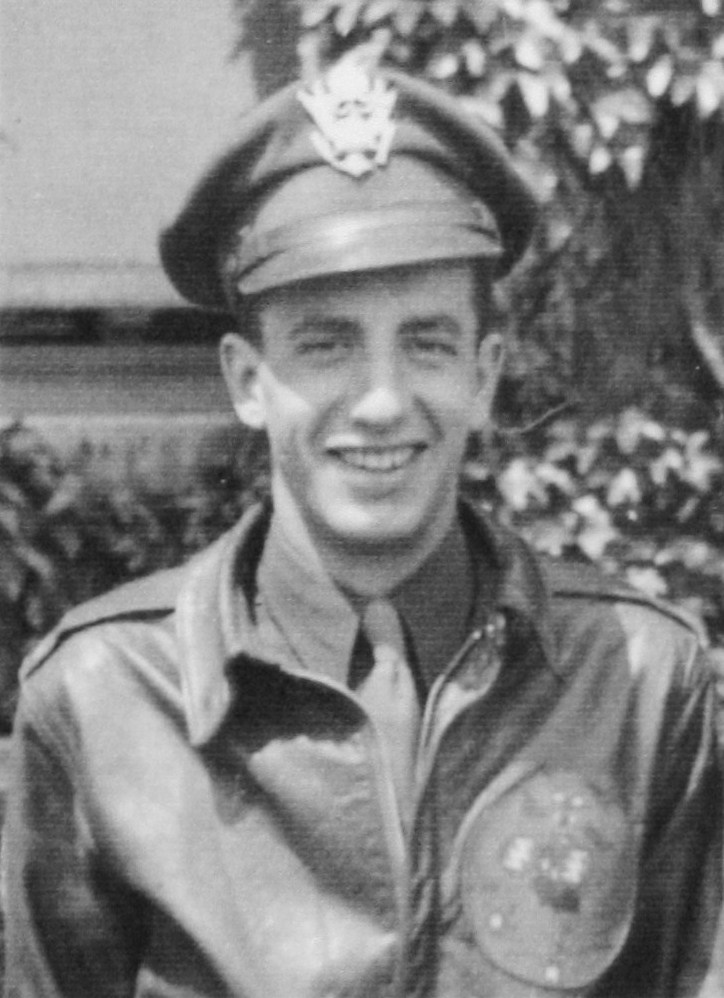 I did find an M-42 decorated with the 61st emblem belonging to T. Sgt Joseph Thomis (not flight crew). He was killed in 1948, so there is a reasonable probability that this dates from war time given that he was promoted to Lieutenant post war. 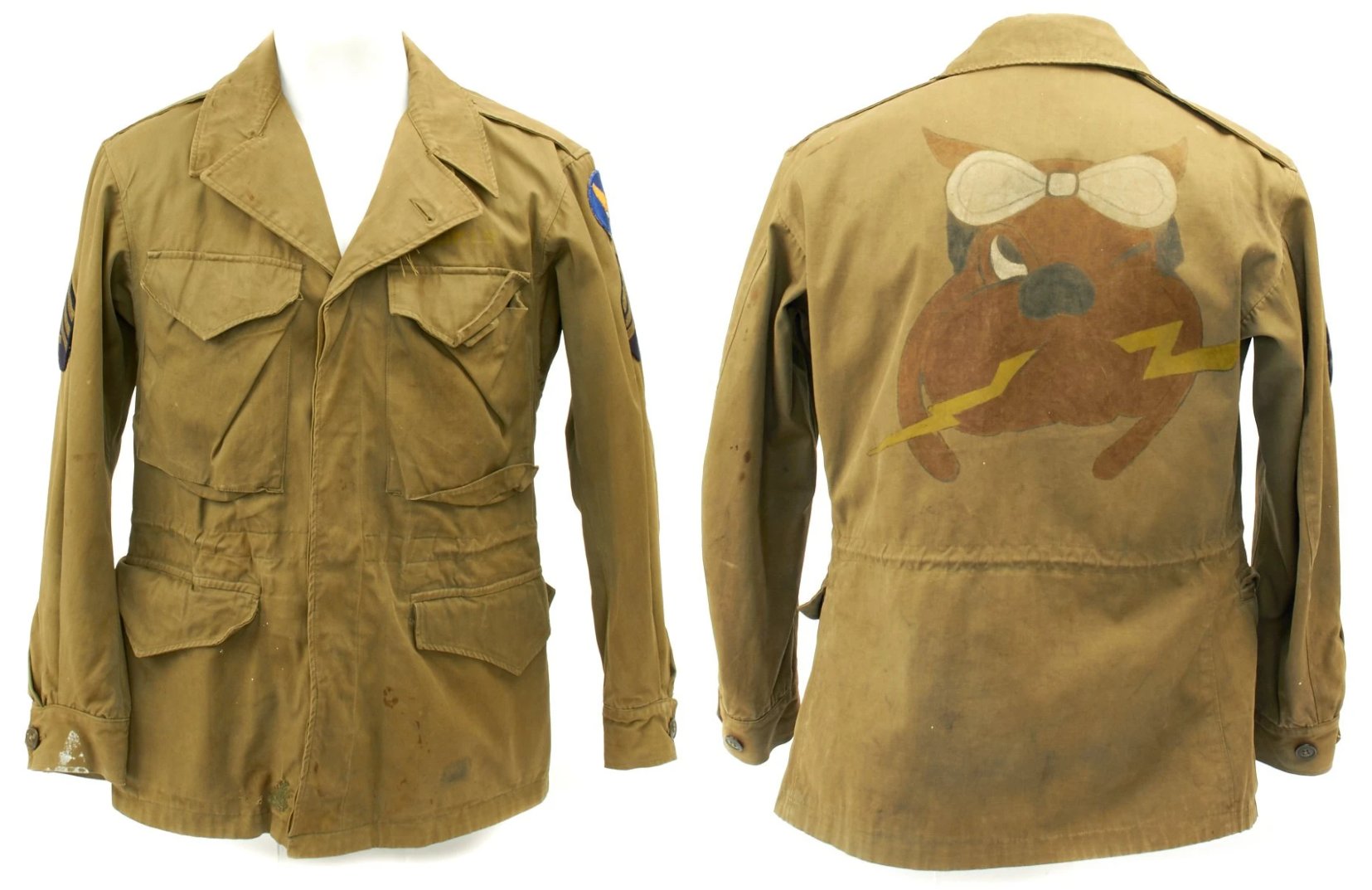 Finally I have a crappy image in my collection, that shows a 61st FS patch on an A-2. Although the A-2 looks original, the patch could be post war. 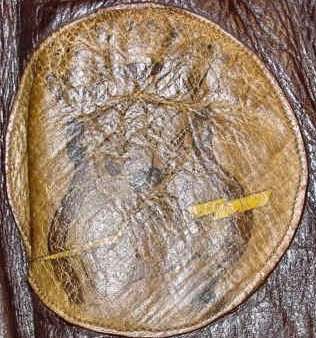 That's a spot on reproduction.... If not for the extra wrinkles in the red V I would have sworn it was the same patch photographed twice in different light. Amazing.

Off east today, for a bit of CBI goodness.

First an Air Corp Ferry Command Patch. The full bling version using gold leather. You will see a lot of variation in these patches reflecting the changing name/structure of the command, different manufacturing techniques /materials and I suspect individual preference. I'm sure most of you will know that the red and blue section around the outer border is Morse code and in this case spells out ACFC but you will also see AFFC (Air Forces Ferry Command), AFATC (Air Forces Air Transport Command) and ATC (Air Transport Command) as well as the novelty version where the compass rose is replaced with a reclining nude. The later is on my 'to do list', if I can ever find an original where the nude is well executed - most are rather poorly painted. 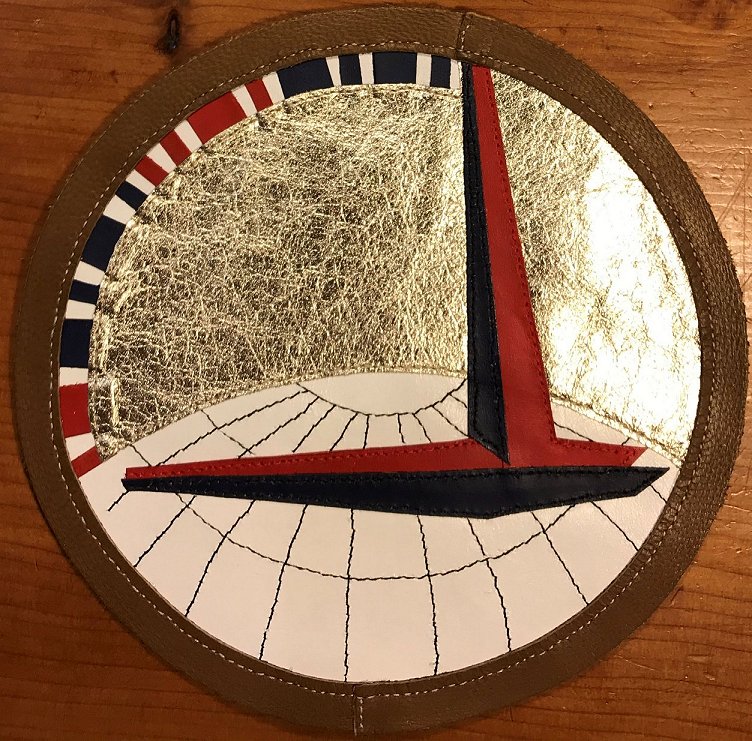 I originally bought the gold leather for a version of the 23rd FG patch but am waiting on some indigo dye for the suede that I need to use for the base. Thought I would knock up the ACFC patch in the meantime. Both the reflections off the gold and the stitching are highlighted by the camera much more than they are in reality.

Next is another multipiece leather patch, sticking with the transport theme - 14th CCS, 4th CCG. 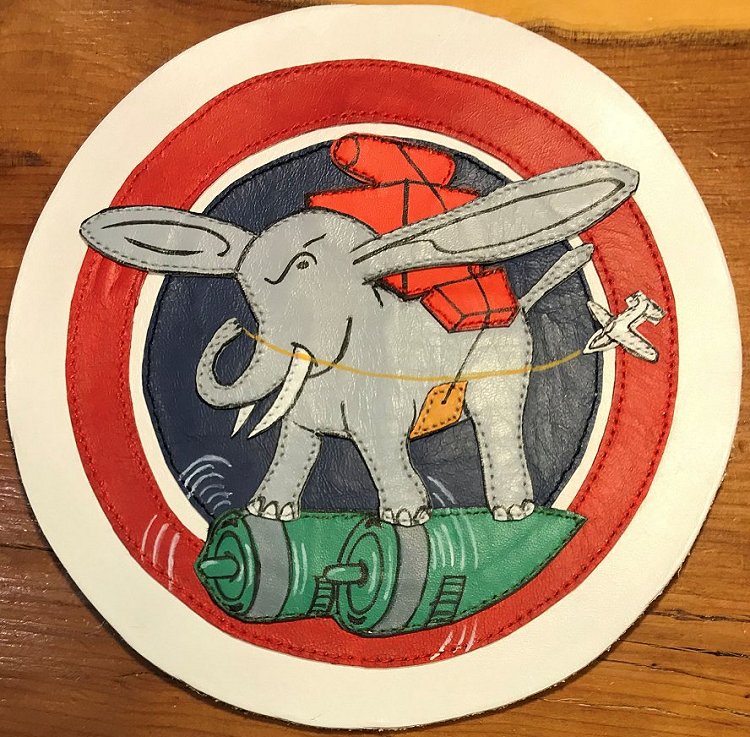 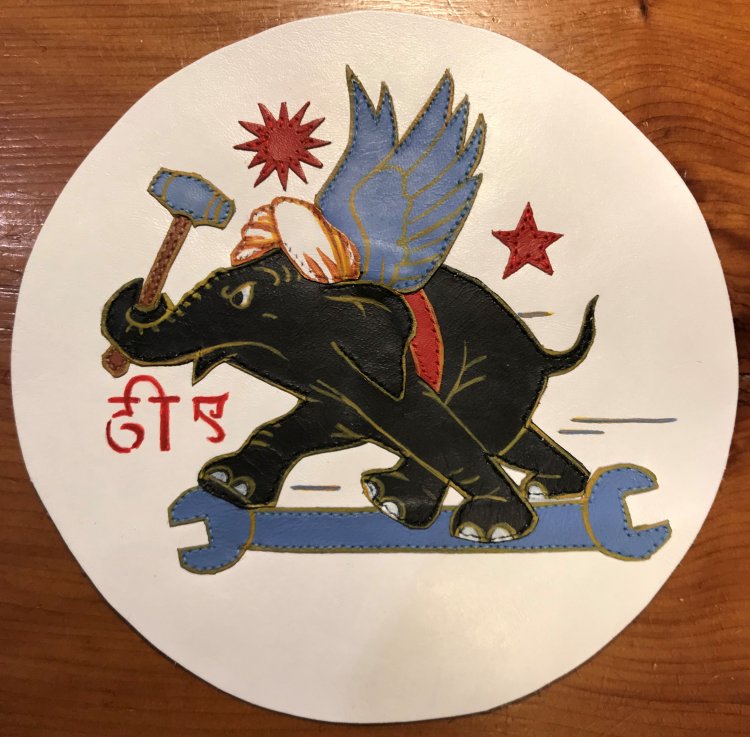 Blimey! You really do have a unique talent.