I came across this recently and dont remember seeing it here. Forgive me if it has previously been posted. The information is pretty elementary, but it is interesting all the same as it illustrates I believe a growing popularity in collecting authentic WWII flight jackets. Most of us that have been around long eneough probably remember the rush on these jackets in the 1990’s caused primarily by Japanese collectors buying them for wear. Many of those collectors are selling jackets probably purchased during that time. I saw half a dozen recently listed on ebay a week ago by a seller out of Japan, and recall seeing several others a few months ago also listed out of Japan. It seems like (to me anyway) that the prices for these jackets softened some around the time of the Great Recession, and into the past decade or so, but I think they are heating up again. Rock Island has sold several this past year for pretty remarkable prices. Their current auction ending December 9th, has several nice jackets listed, with some shocking pre sale estimates (one as high as $30k, and several for $10-$20k). We will see in a couple of days whether those prices are realized, but based on their recent sales, I would not be too shocked if they are. I can only imagine the upcoming release of Masters of the Air will help fuel the growing popularity in these jackets. Anyway, here is the video put together by Rock Island For anyone interested. 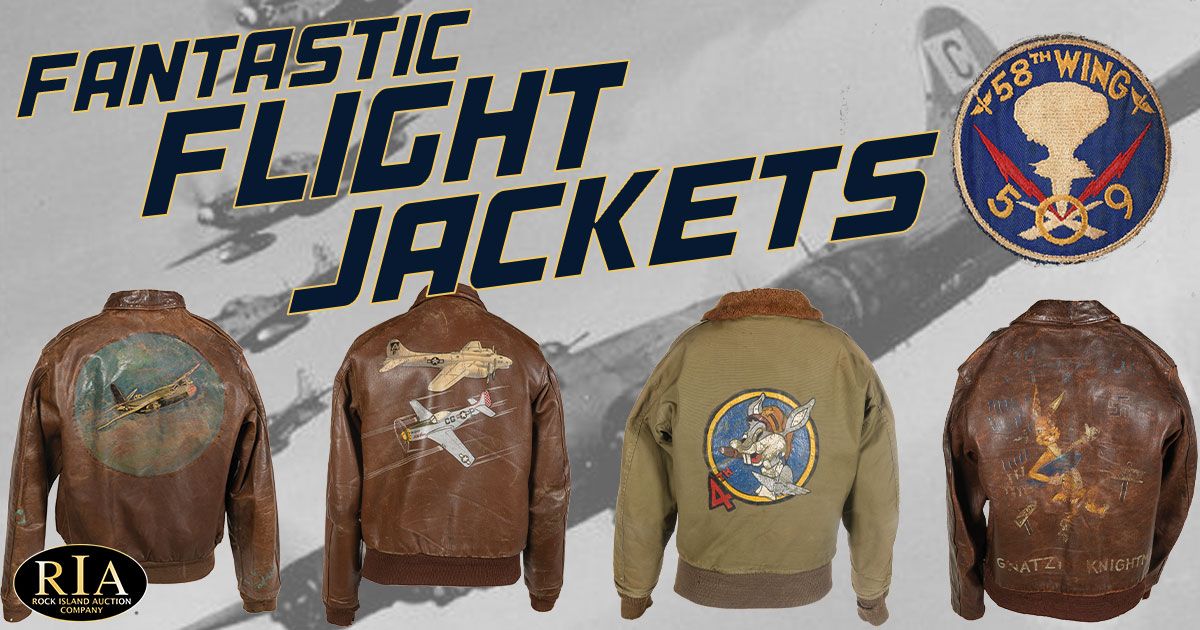 World War 2 flight jackets often allowed for individuality within the military and showed bravado and dark humor in the face of danger.

The realized prices for the December 9th auction have now posted. Their most premier jacket, named to a pilot of a B-17 AND P-51 realized $23,500 before commission! All jackets sold for less than RIA’s pre sale estimates, but most hovered between $5000 and $6000 before the 17 percent buyers commission. A couple didn't maker reserve. Pretty strong market overall I would say, and once again I suspect it will just get stronger if Masters of the Air this Spring is as big a hit as a its predecessors. AI think the days of finding a nice original named painted flight jacket for $2500 are over.

I’m sure that there will be a few painted A2’s that we’ll hear about selling for $2,500
-or below, but those will be the extreme cases. $5000 and up seems to be what we hear about much of the time. Finding an original painted A2 in the $20,000 price range if it’s in mint condition will probably happen more often than we think. All of this big money will just make “Faked A2’s” more prevalent.
You must log in or register to reply here.
Share:
Facebook Twitter Reddit Pinterest Tumblr WhatsApp Email Share Link