Following the attack on Pearl Harbor on December 7, 1941, Bush postponed his university studies, enlisted in the U.S. Navy on his 18th birthday, and became the youngest aviator in the U.S. Navy at the time. He served until September 1945.

In 1988, Bush ran a successful campaign to succeed Reagan as President 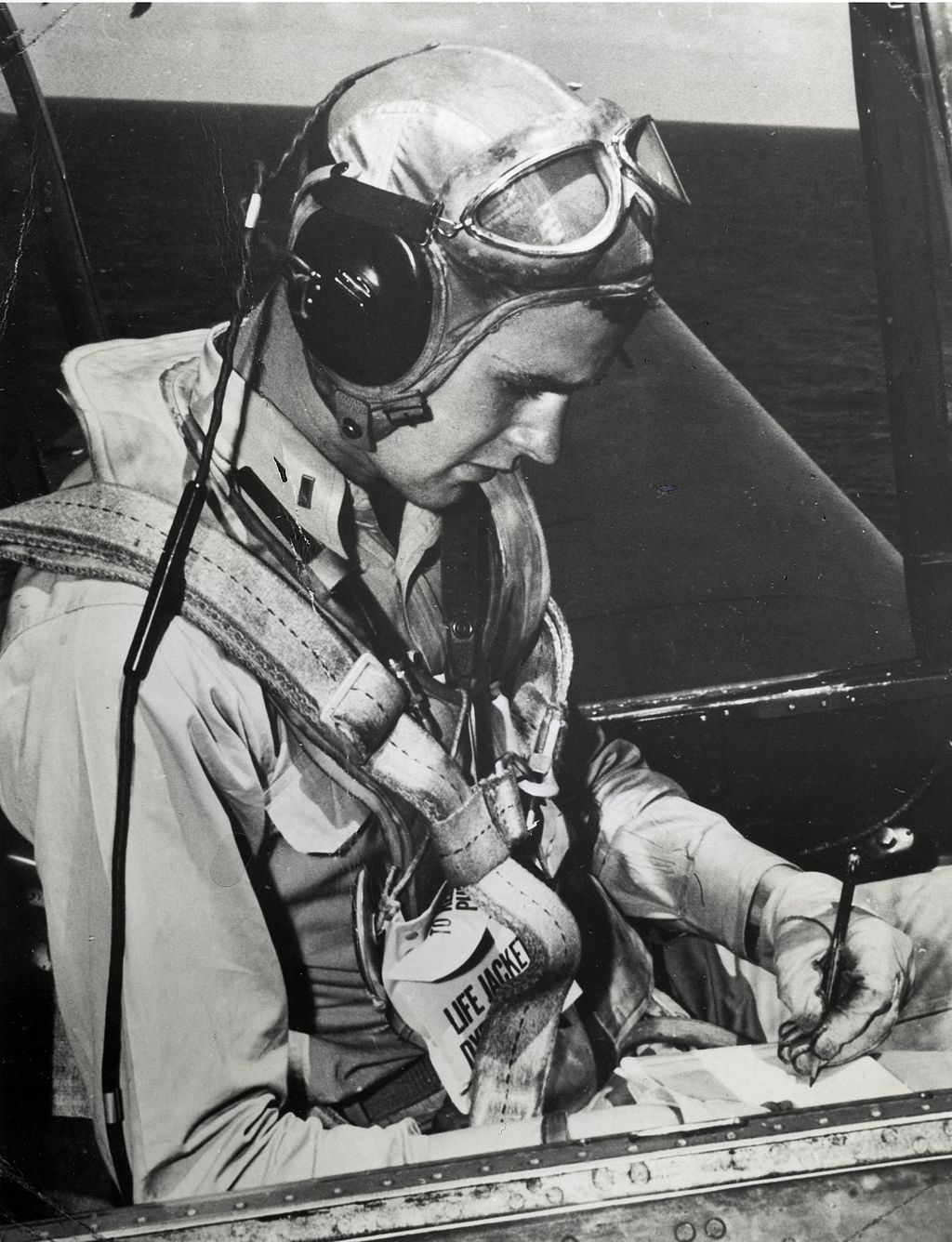 Bush in his TBM aboard San Jacinto in 1944

Bush enlisted into the U.S. Navy immediately after he graduated from Phillips Academy on his eighteenth birthday. He became a naval aviator, taking training for aircraft carrier operations aboard USS Sable. After completing the 10-month course, he was commissioned as an ensign in the United States Naval Reserve at Naval Air Station Corpus Christi on June 9, 1943 (just three days before his 19th birthday), which made him the youngest naval aviator to that date.

In September 1943, he was assigned to Torpedo Squadron 51 (VT-51) as the photographic officer. The following year, his squadron was based in USS San Jacinto as a member of Air Group 51, where his lanky physique earned him the nickname "Skin". During this time, the task force was victorious in one of the largest air battles of World War II: the Battle of the Philippine Sea.


After Bush's promotion to lieutenant (junior grade) on August 1, 1944, San Jacintocommenced operations against the Japanese in the Bonin Islands. Bush piloted one of four Grumman TBM Avengers of VT-51 that attacked the Japanese installations on Chichijima. His crew for the mission, which occurred on September 2, 1944, included Radioman Second Class John Delaney and Lt.(jg) William White. During their attack, the Avengers encountered intense anti-a fire; Bush's aircraft was hit by flak and his engine caught fire. Despite the fire in his aircraft, Bush completed his attack and released bombs over his target, scoring several damaging hits. With his engine ablaze, Bush flew several miles from the island, where he and one other crew member of the TBM bailed out; the other man's parachute did not open.Bush waited for four hours in an inflated raft, while several fighters circled protectively overhead, until he was rescued by the submarine USS Finback, on lifeguard duty. For the next month, he remained in Finback and participated in the rescue of other aviators. Several of those shot down during the attack were executed, and their livers were eaten by their captors. This experience shaped Bush profoundly, leading him to ask, "Why had I been spared and what did God have for me?"

In November 1944, Bush returned to San Jacinto and participated in operations in the Philippines until his squadron was replaced and sent home to the United States. Through 1944, he flew 58 combat missions for which he received the Distinguished Flying Cross, three Air Medals, and the Presidential Unit Citation awarded to San Jacinto. Bush was then reassigned to a training wing for torpedo bomber crews at Norfolk Navy Base, Virginia. His final assignment was to a new torpedo squadron, VT-153, based at Naval Air Station Grosse Ile, Michigan. Bush was honorably discharged from the U.S. Navy in September 1945, one month after the surrender of Japan.

I heard the news on the radio earlier that he had passed away. He was a good man. May he rest in peace.

Thanks for posting this. Fair winds and following seas, Mr. President. 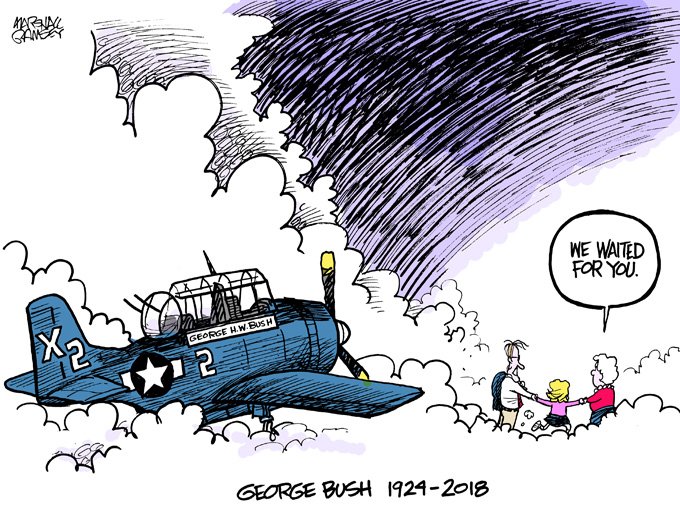 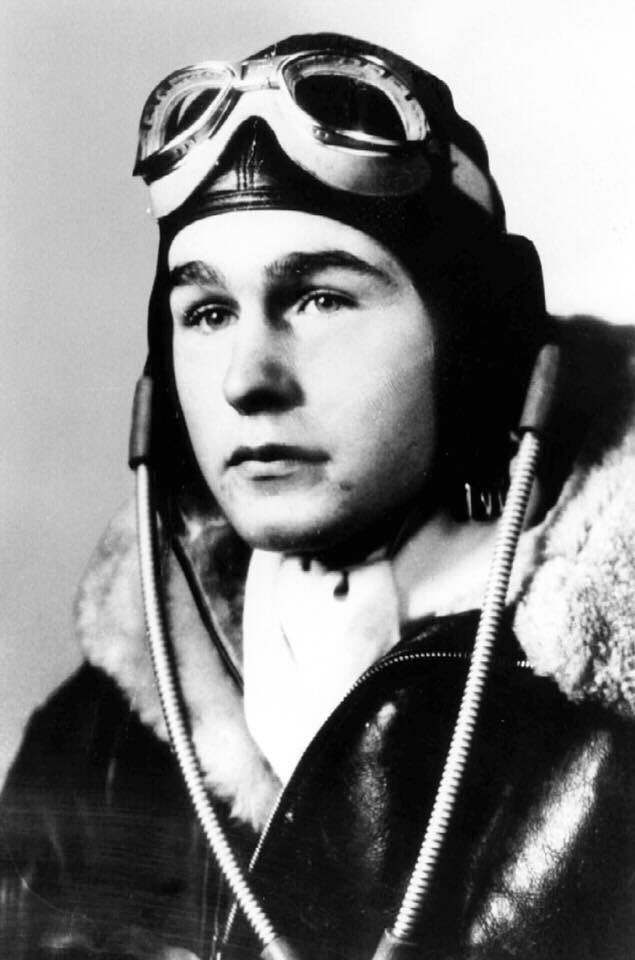 He was a real man and a real hero, truly respect him. RIP. 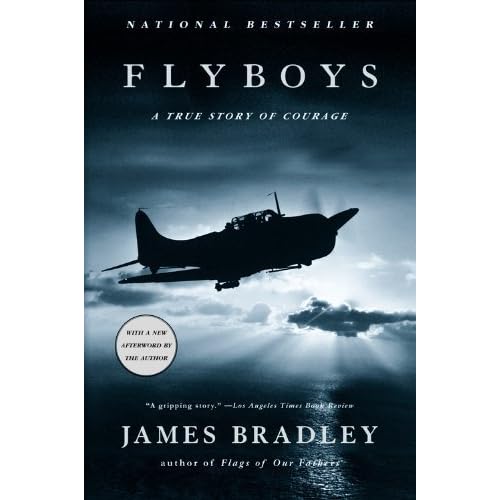 I highly recommend the book Flyboys by James Bradley -- covers what happened to the rest of the airmen in Bush's flight, as well as the late stages of the war against Japan.

As for Bush, his legacy must include the parts where he exacerbated the AIDS crisis by reducing HIV research funding, banning HIV positive people from entering the US, and pushing abstinence-only sex education in schools. By the end of 1993, over 194,000 HIV/AIDS related deaths had been reported in the US, approximately 133,000 of which were during Bush's one term as president.

He voted against the Civil Rights Act of 1964 and vetoed a civil rights bill in 1990, as well as creating CIA programs to flood inner city communities with crack cocaine as part of the "War on Drugs" and the Iran-Contra affair.

The Willie Horton ad that helped get him elected was made by Floyd Brown, who created Citizens United to get Bush nominees onto the courts in 1988. As a direct result of this, the American political system is swamped with corporate money and lobbying groups buying our elected officials, thirty years later.

We should also remember the 408 civilians killed in the bombing of the Amiriyah shelter in Iraq by US forces on February 13, 1991.

It is not my intention to start any fights or pick a bone with anyone. I just feel that it is my obligation to speak up so that the entire story is remembered. Especially when these events continue to affect my country and community.

Erm.... yaaaaaaa, Politics aside, for the general related theme of this website I’m just focusing on his service as a dedicated world war 2 aviator from the age of 18 to 22. I’ll check out that book! Thanks! Politics aside.
Eternal flight for pilot....

In 2012, George H. W. Bush entered Texas A&M's Annenberg Center for an event about Reagan. My duty as as student volunteer was to assist VIPs to be seated. So when I saw him riding on a scooter, I immediately went over, trying to be of service.

Pres. Bush was escorted by two bodyguards who, seeing that I tried to approach the former president, blocked me with their elbows. I wasn't really surprised since I understood that the bodyguards could take care of lifting him from the scooter to his seat.

What surprised me, however, was the moment when Pres. Bush raised his arm, waved at me, and said: "Let this cadet get me to my seat." And the bodyguards let me in. Pres. Bush, despite already being a senior, was still cheerful and, honestly, very heavy. It took me and another person to help him seated. That was one of the proudest moments of my time as a cadet at A&M. After the event I tried to reach out to the photographers who were taking photos that evening, but could not get a photo.

One brief moment, but revealing of his character. R.I.P. Pres. Bush.

falcon_ib said:
It is not my intention to start any fights or pick a bone with anyone. I just feel that it is my obligation to speak up so that the entire story is remembered. Especially when these events continue to affect my country and community.

I mean the following with respect:

Although there is no explicit rule stating so, VLJ should NOT be a place for political debates and opinions. You know this, I know this, everyone else here knows this.

There are plenty of other websites for you to debate the pros and cons of President Bush's time in office. This website is not that place.

@falcon_ib Evan, I used to be a Democrat who recently turned neutral. When I met Pres. Bush in 2012, I was not particularly liking him or his son. For my father, H. W. was the American who biked in Beijing, a fascinating historical figure. For me, Clinton and Obama were the definition of future and hope.

It took me a long time to be able to evaluate leaders in their contexts. It took me over 5 years after my encounter with H. W. to truly appreciate the brief kindness and respect he showed me. None of the American presidents are perfect. Obama would have as long a list of imperfections as H. W. if we must dig into it, but that's just how it is. None of them are saints. All of them have prejudices and biases that shaped their policies.

Unlike MeachamLake and others, I think it's cool and fine that you include H. W.'s failures. Humans are political animals and everything is sort of political. Other than the current sitting president, it is hard for me, however, to imagine anyone taking up the task of being hated automatically by half of the American population for a job that doesn't pay as well as maybe staying in the oil & gas industry.

Being America is just that. Being red or blue shouldn't be first. Party over country leads to things like the nazi party in Germany, baathist's in Iraq, facists in Spain and Italy, etc. Whether you agreed with him politically or not he was an American hero. His life was service of our country and he was the last of his generation to be president. Rest in peace GHW Bush.

@airfrogusmc Let's also not forget that Jimmy Carter is still alive, also of the same generation.