mr_lits said:
Thanks. I did a Norton Commando several years back but generally prefer Triumphs if it is going to be a Brit bike... they just have more name recognition, broader parts availability and resale-ability. Though I do have a BSA Victor Special waiting for rebuild... but they tend to be a total beast to get running and keep running.
Click to expand...

BSA 441 Victor ..... a four stroke thumper that BSA tried to make into a motocross bike to compete against Husqvarna , Maico, and CZ motocrossers . Damn thing was just too heavy and didn’t have the suspension it needed to be competitive against those other 220lb bikes. But man did that 4 stroke pull like a tractor. It could literally idle up a steep hill and not stall out. Man thanks for the trip down memory lane

Maybe you need to take the Victor off my hands... you are FAR more passionate about it than I am....

mr_lits said:
Maybe you need to take the Victor off my hands... you are FAR more passionate about it than I am....
Click to expand...

Hahaha
I think you may have mis read my post .The 441 Victor was a cross over attempt from BSA to make a competitive 4 stroke Moto cross bike to win against the other 2 stroke motocross bikes coming into the US from Europe . It was too heavy , too slow, and no suspension . I definitely wasn’t a fan either . But if we lived near each other, I’d be buying you a case of beer and pleading with you to let me come over and help you work on that beast, just because I’m a bike nut and it’s brings back good memories .
Cheers I've never noticed this thread before, my photo thingy here is of me on one of my bikes taken about 20 years ago, haven't ridden either of them for about 10 years, getting a bit old to ride them now in London, the WL's Ok but the Chief is rather a beast, so they have been well tucked away. As a teenager in the '50s I was bike mad, going to the Ace on the North circ and to Johnson's cafe near Biggin Hill on old Briitish bangers but always having a hankering for some classic Americana. In 1979 I bought my WLC45 and in 1985 the Chief. Some photos attached, they both featured in a British bike mag called Heavy Duty, I have photos of the article if anyone interested.
Cheers 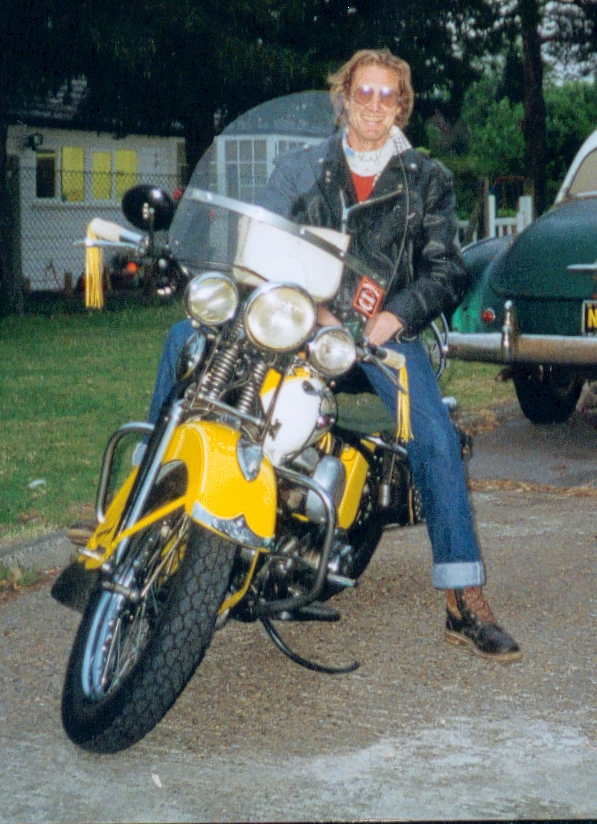 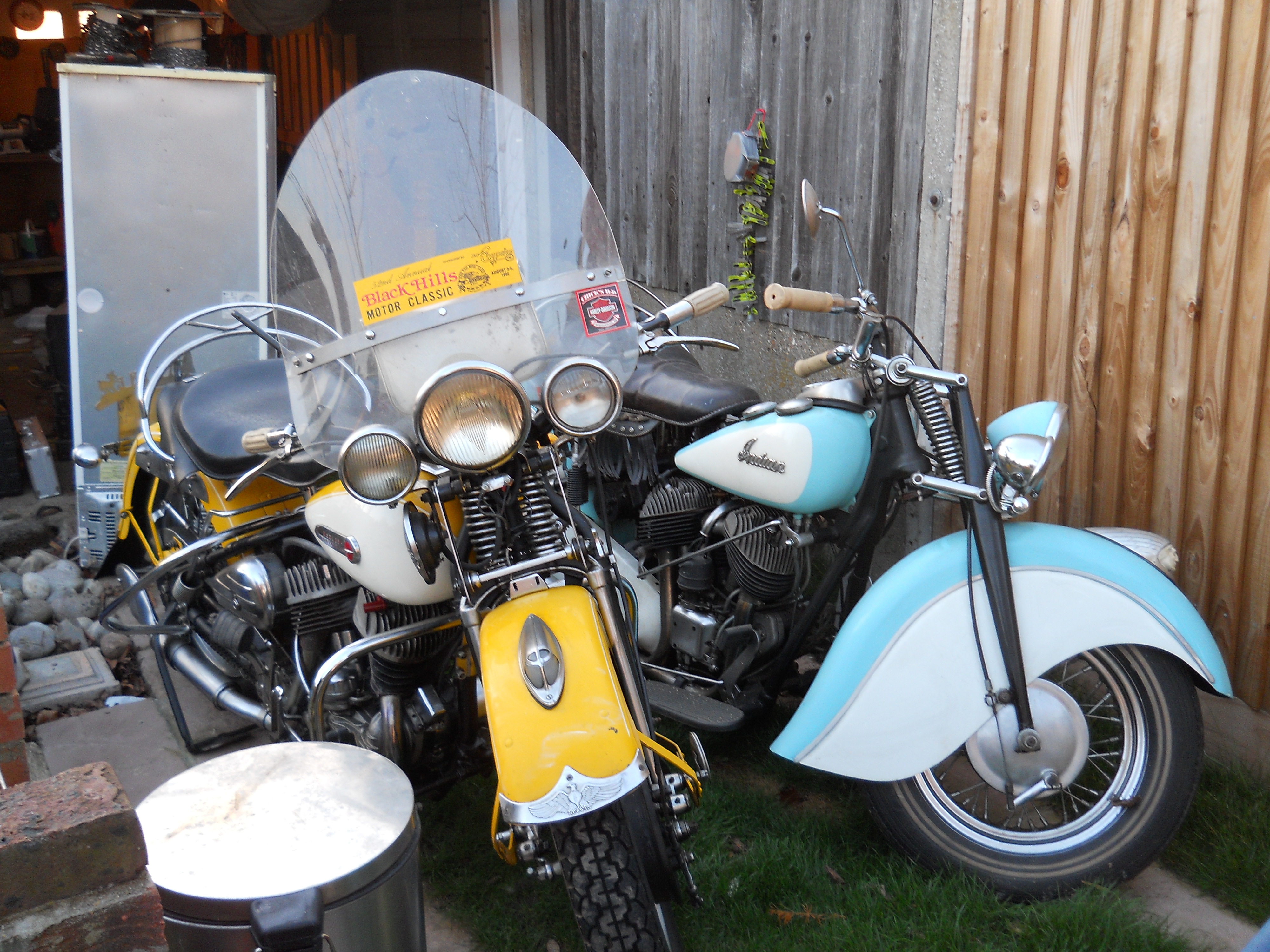