Does anyone know where to purchase Ma-1 Pen pocket protectors from...? Thankyou

Never knew such things existed for arm pen pockets on military jackets . ... I learn so much on this forum.
D

London Cabbie said:
Does anyone know where to purchase Ma-1 Pen pocket protectors from...? Thankyou
Click to expand...

Couldn't you just use a pen lid from a Bic type pen ? Maybe just alter it by removing the "clip" ?

London Cabbie said:
Does anyone know where to purchase Ma-1 Pen pocket protectors from...? Thankyou
Click to expand...

I've had them in my MA-1 jackets and were made of black plastic about 1 inch in height. I may have a couple somewhere and will have a look for you Cabbie. I'm on a short trip now but back home in the weekend. Will let you know

I think I had metal ones in an L-2B many years ago. I’ve seen plastic ones in BR and Alpha jackets. Anybody on EBay do them?

Thankyou.
Jinrushi L2-b arrived without pen protectors. I looked on mash but couldn’t find anything. I thought about the bic biro option. Had a look on Ebay/Google but might have to do more investigation.

These are the ones that came with 1972 MA-1. I believe I have some metal ones on earlier jackets. Need to look.

I was wrong, the older jacket came with green plastic protectors.

Marbled black plastic ones came with my MA-1 from 64. Hope it helps to your research. 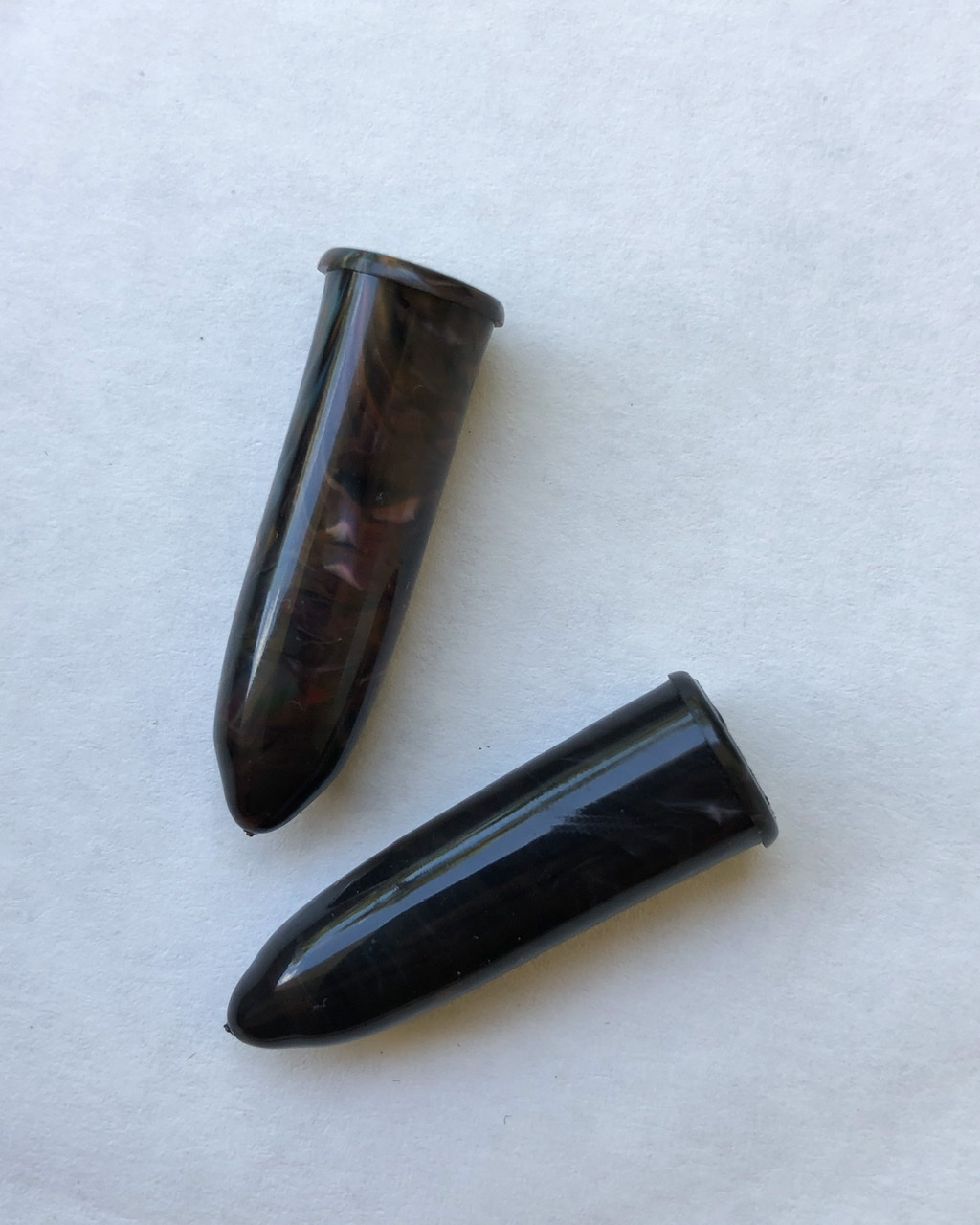 I think I will look for some pen caps. My Alpha has very similar plastic pocket protectors...Thankyou

The Buzz jackets have them, not all though. I hadn't thought about them when I went to Austria. By airline.
No problems at Amsterdam when we left. No problems at Graz when we arrived. When we left from Graz things changed. Jacket was x-rayed along with everything else. So they ask me "is that your luggage sir?" Well, yeah, it is. "What are those bullet shaped things hidden in that small pocket, sir?". Why, they are pen protectors, meant to keep ink from staining the pocket. That didn't sound particularly convincing. "Care to remove them and show them to us, sir?" Sure, why not. So the wrigling begins. Often, you can get them out with a little pain. Not so this time, and the line was getting longer, and a second uniformed official shows up, asking what was going on, and agreeing the "bullets" should be taken out for closer review. And they still wouldn't come out. Finally, a third uniform shows upo, agitated because the line was getting longer. So I still could for the life of me not get them out, and finally after another minute the third uniform after a small discussion waved me to move on, as by then like thirty people were curiously looking on.
I felt unusually warm by then.

Yes, the inspection of items that looked like something related to weapons or bombs in x-rays was sometimes inconvenient, I have a dozen such stories. By the way, last time it was in Amsterdam a year ago, but this has nothing to do with the jackets theme.
As for the protectors, for some reason they were sometimes pulled out. I had several MA-1 and L2B and in some the protectors were removed. The ones that I pulled out of curiosity were no different from what used in the modern commercial Alpha jackets. I wouldn't bother looking for the original and would insert the pen caps cut to the required size there. If you're going to carry a pen in this pocket.

Yes, for some reason, most of the times they were removed from the jackets, but you can also find them in some flight suits from the 60’s.

Weren't they deleted at some point in time already during the MA-1 and L-2B era? After all, they're not in the CWU jackets either. Nor in the Army flyers and tanker jackets. I think?

Were they added by the jacket supplier himself before delivery of the jacket?
Or were they USAF items supplied on request by the wearer?

I’m pretty sure that they were added originally by the contractor, I have an L-2B from 67 still in box and it has the protectors. 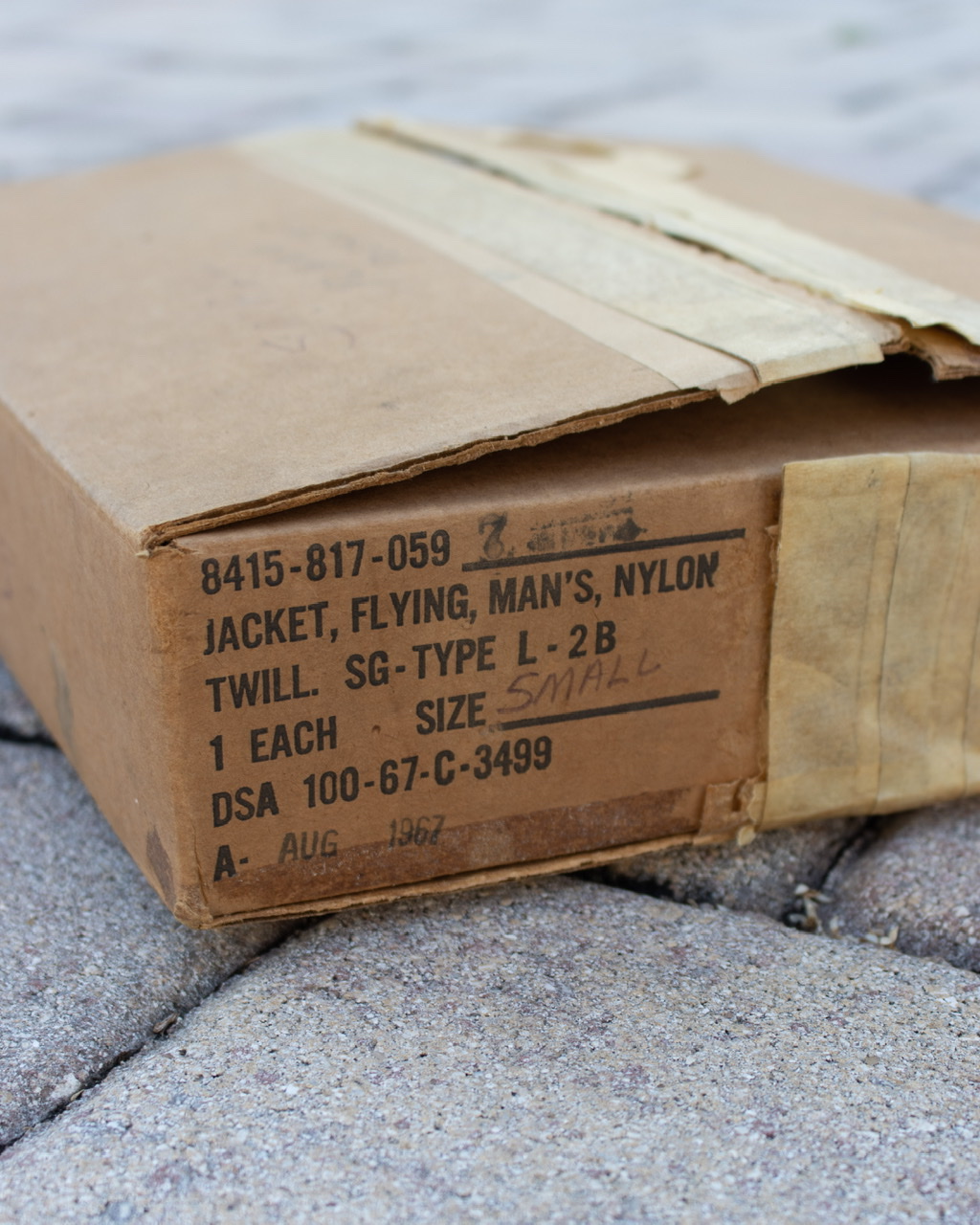 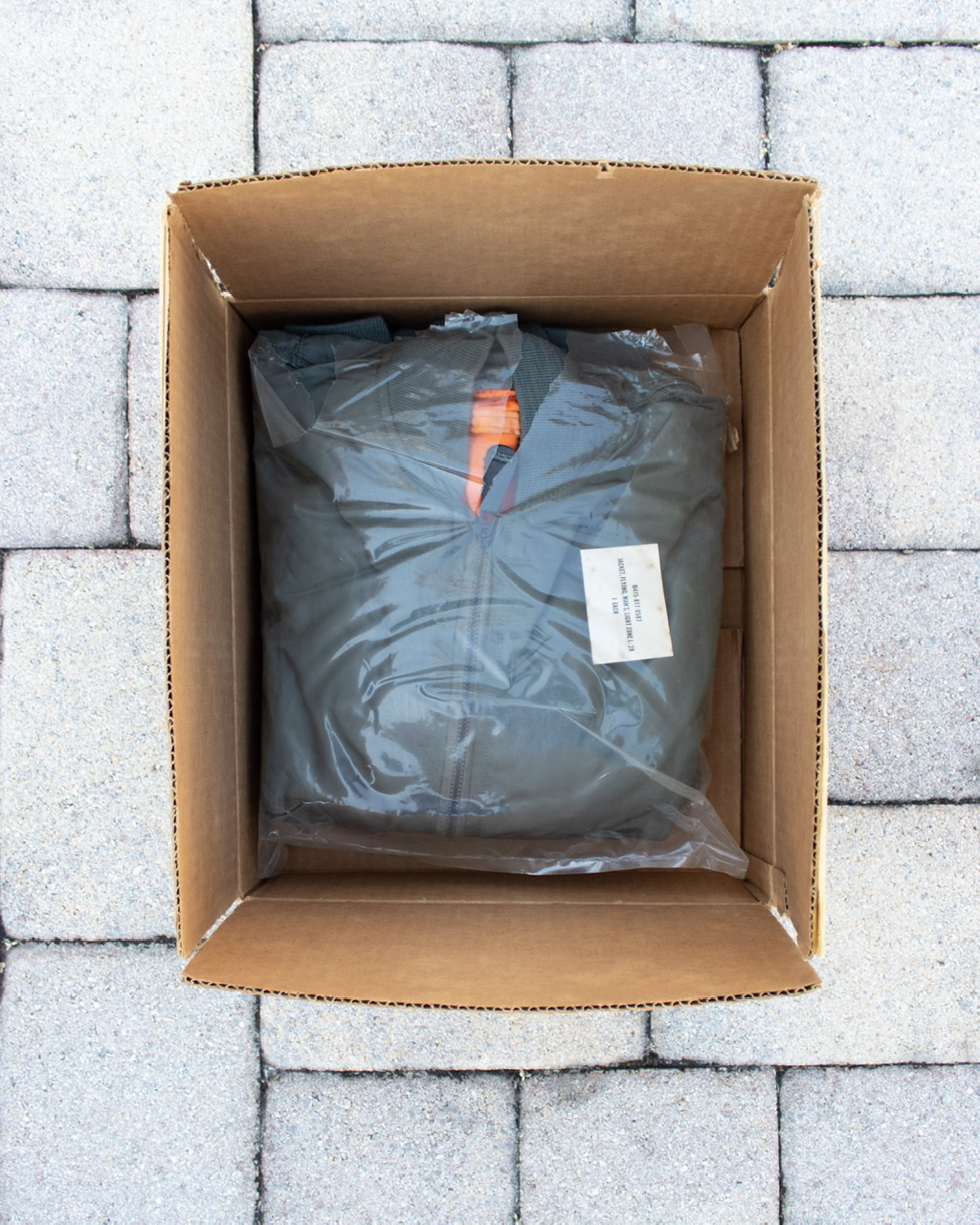 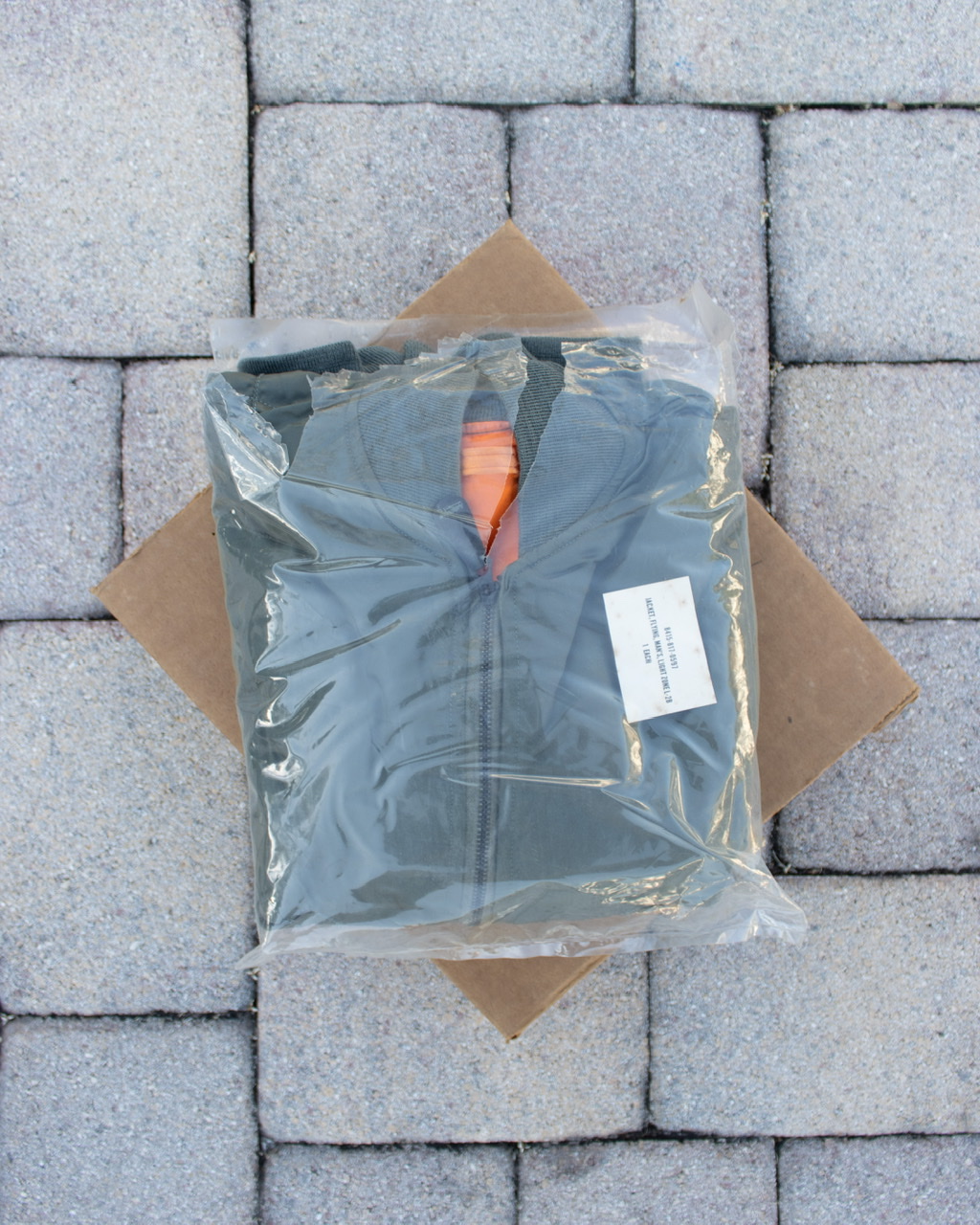 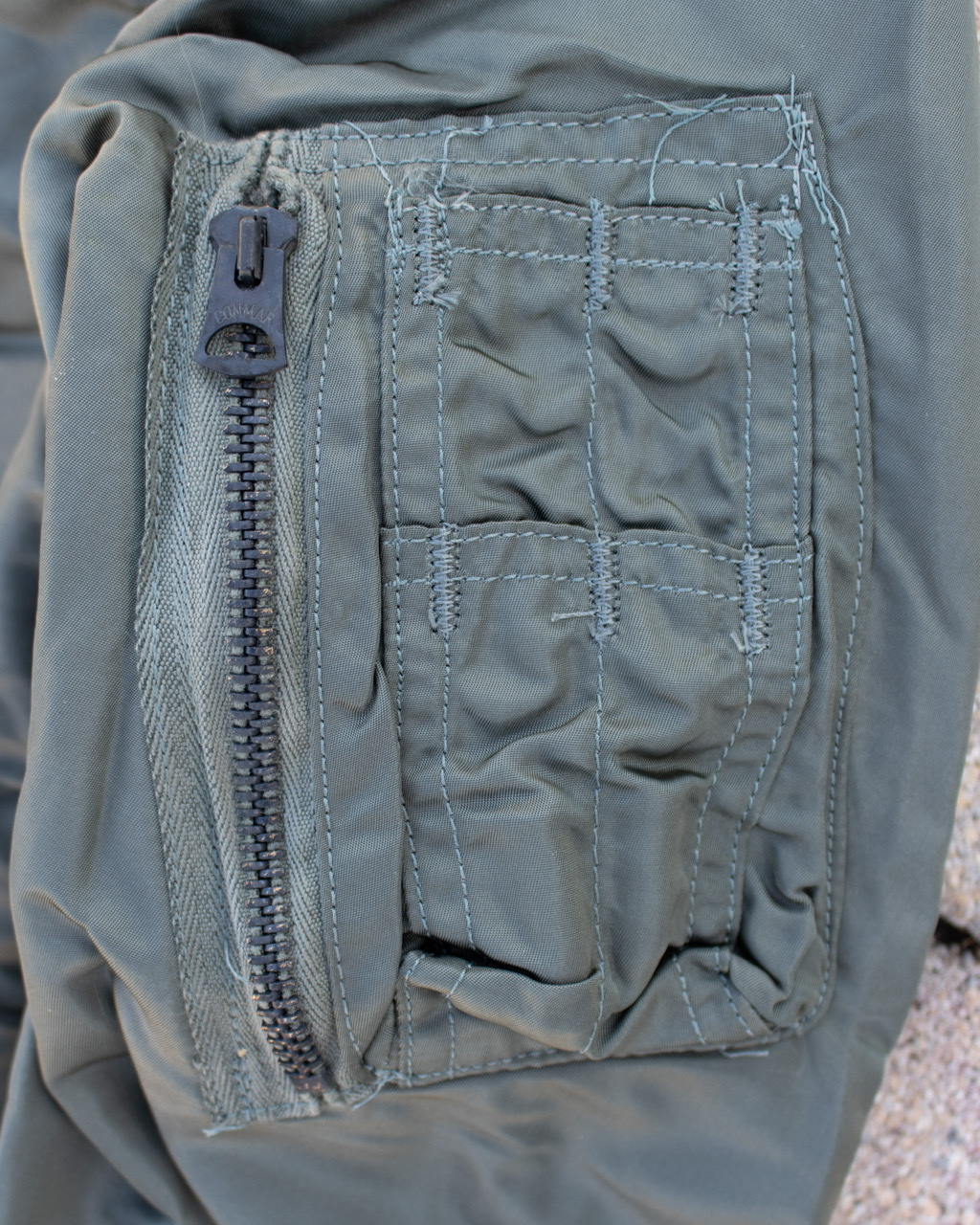 Just by coincidence, I was preparing the bunker for a possible hurricane, and I found the NOS B-15A in box, this one confirms that they used to come from factory with the protector and even on early models, way before the introduction of the MA-1 or L-2 series, but only came one in this case.... 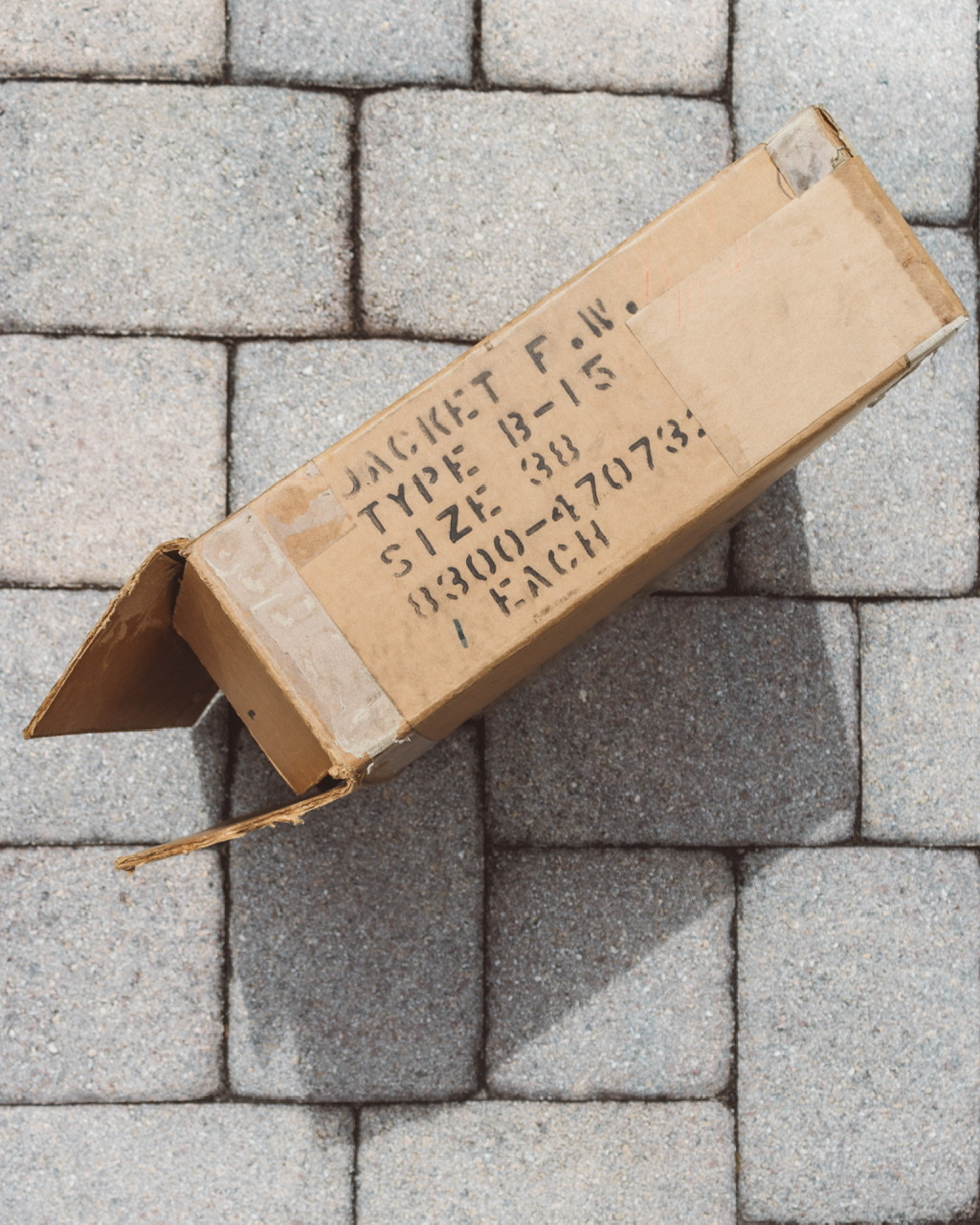 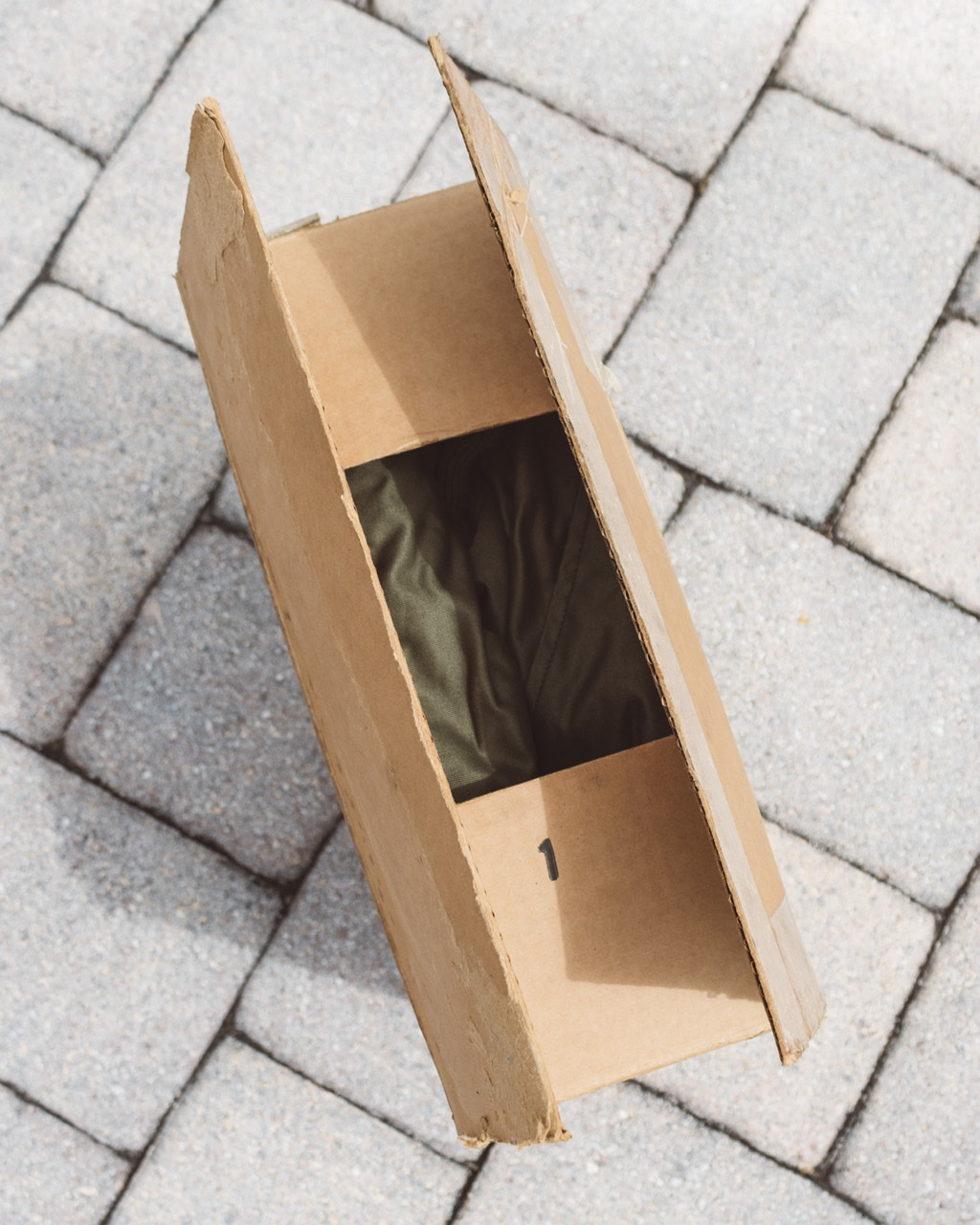 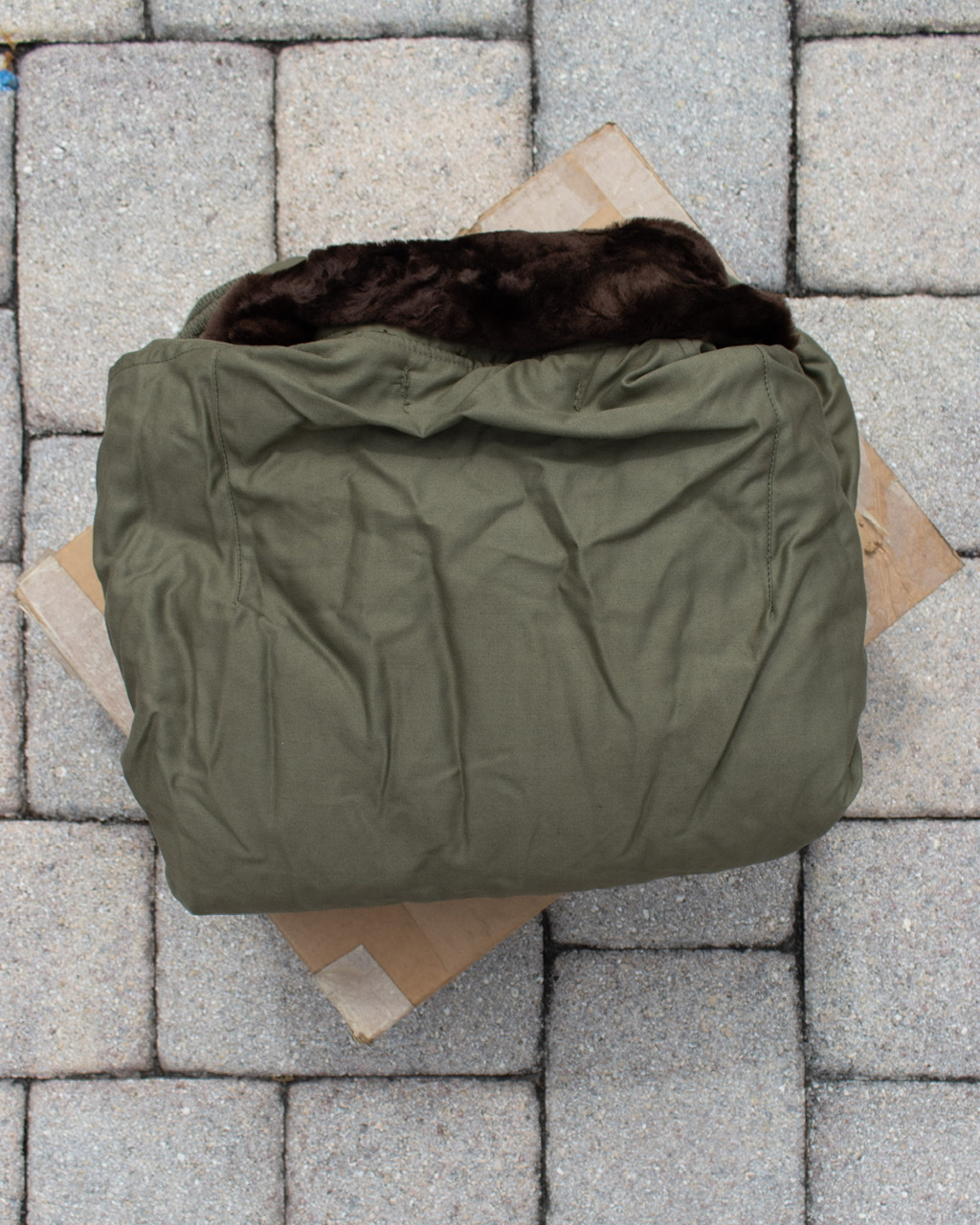 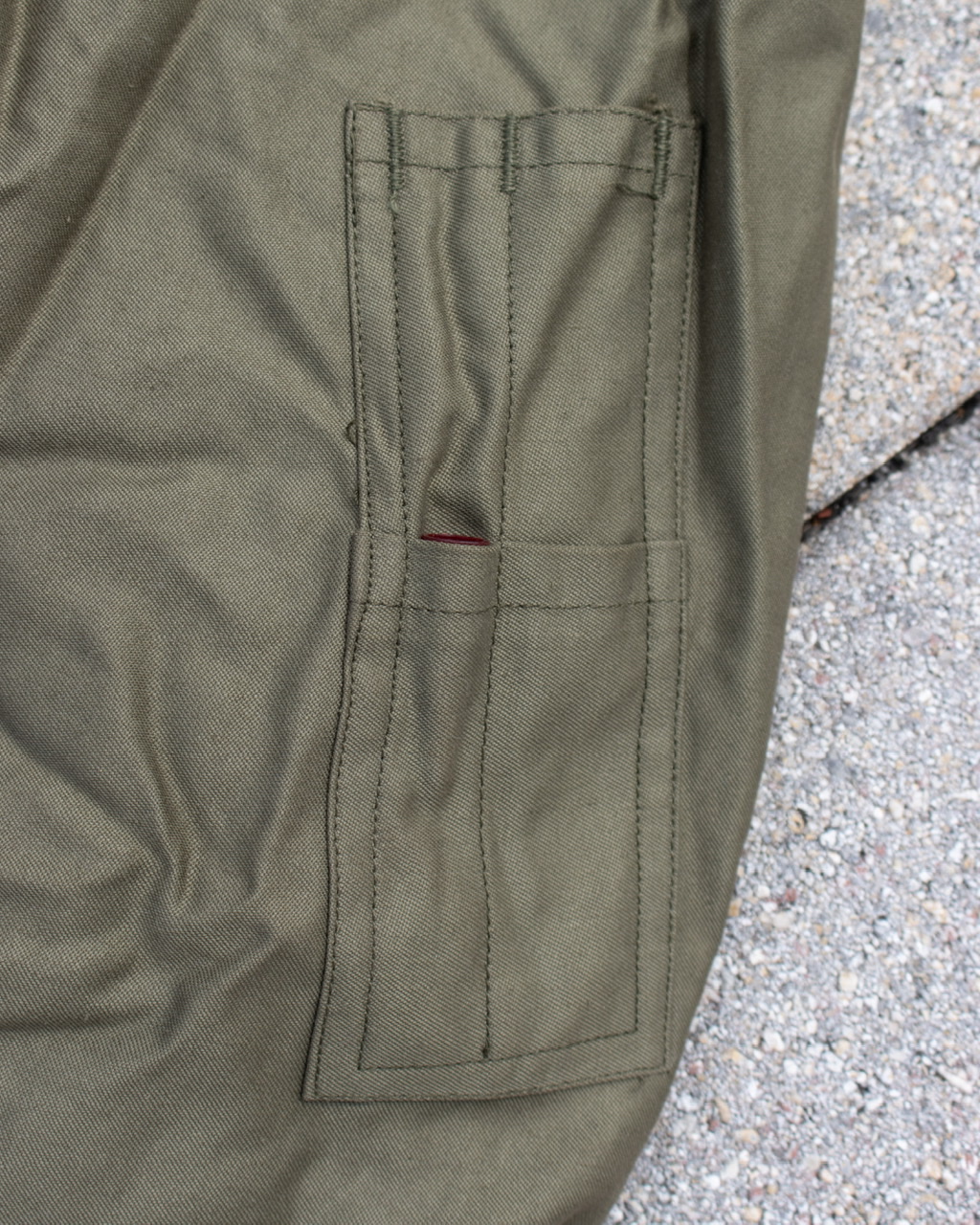 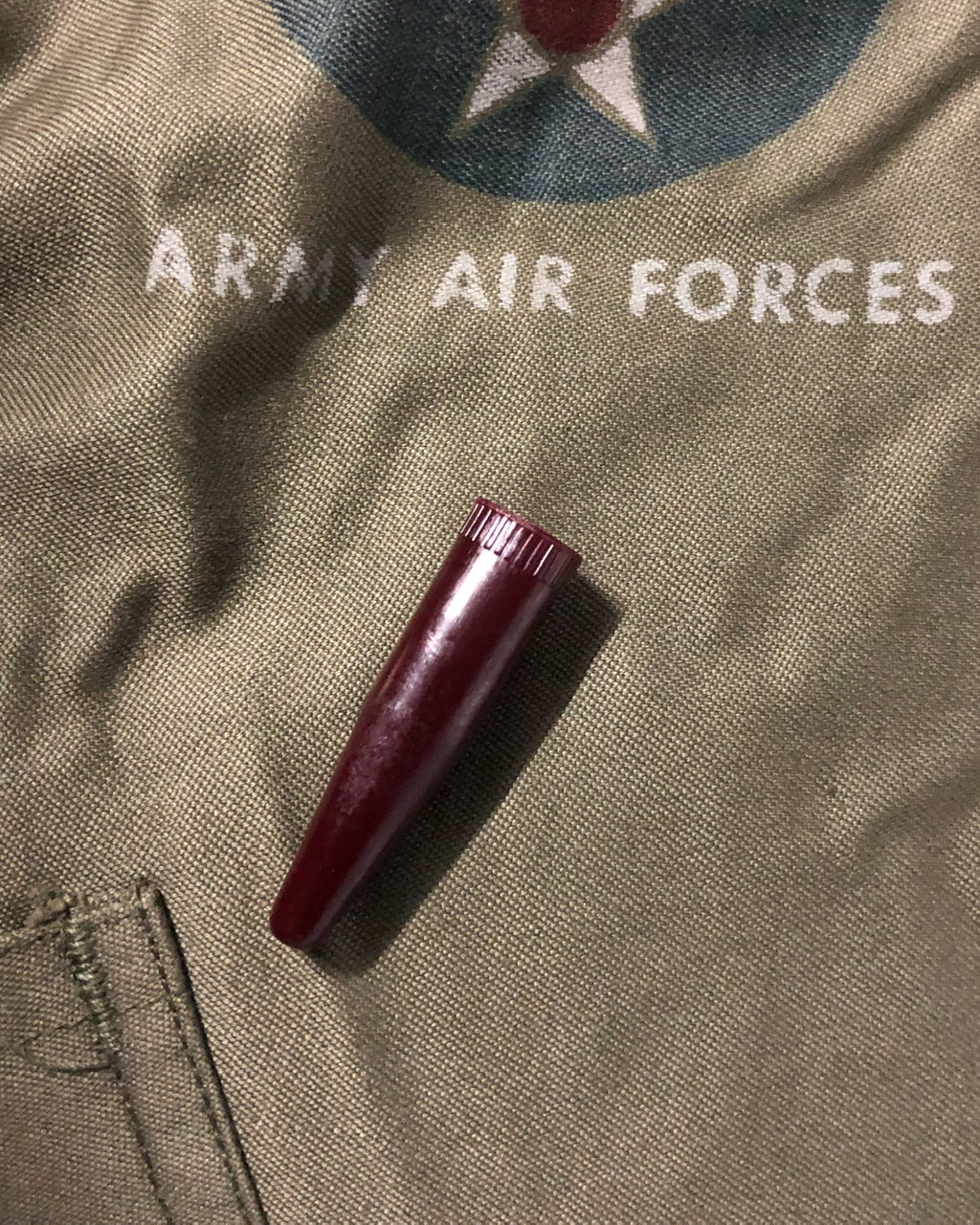