Kicking off the new year with an extremely rare example of the G-1 spec 7823 made by Ralph Edwards under contract No. QM.(CTM)-2313 in fiscal year, 1958. This was the first contract of Ralph Edwards after changing its name from Cagleco, hence the similarities in the pattern. This is probably the rarest of the Ralph Edwards, I have only seen a couple and most of them in poor condition due to their age.

This jacket is named to USAF Brigadier General Leo Paul Geary, and although the reasons of why he had it are unknown, it is not the first time I see USAF officers owning USN flight jackets.

General Geary’s early military assignments included flying in the 719th Bomb Sq, 449th Bomb Group as a B-24 pilot (Geary Crew) in World War II. He also served as an intelligence staff officer at the Pentagon from 1954 to 1966. Geary worked closely with Dr. Richard M. Bissell, Jr., of the Central Intelligence Agency, providing Air Force support for CIA development, acquisition, and program management of the U-2 and its follow-on supersonic A-12 reconnaissance aircraft. Geary served as the first director of the National Reconnaissance Office aerial reconnaissance Program D from 2 May 1962 to 15 July 1966; he managed all Air Force support for CIA U-2 and A-12 flights and served as the original program director of the Air Force SR-71 supersonic reconnaissance aircraft deployment. He was responsible for retrieving Gary Powers after he was shot down during the U2 reconnaissance.

Subsequently, Geary served as deputy commander, San Antonio Air Materiel Area, Air Force Logistics Command, at Kelly Air Force Base, Tex. and remained in that position until his reassignment as defense attaché, Pakistan, in September 1967. As defenseattaché he was the representative of the U.S. Secretary of Defense in Pakistan. He retired from the Air Force in 1970.

The condition of this jacket is mint. All parts are genuine to the jacket. The goatskin is supple. Mouton fur has developed that rusty chololate shade. Knits are superb, which is extremely rare.

Say no more guys, hope you enjoy it! 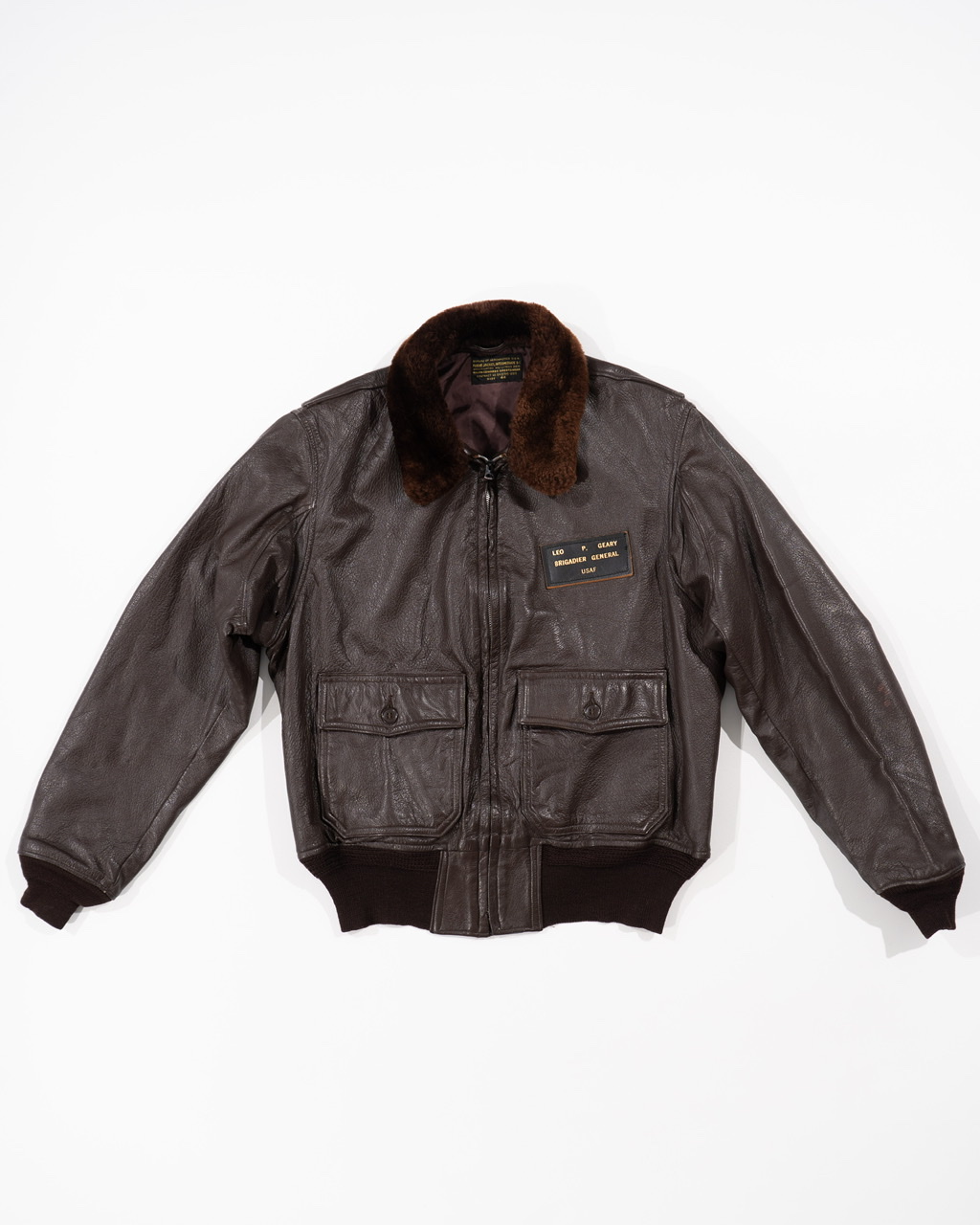 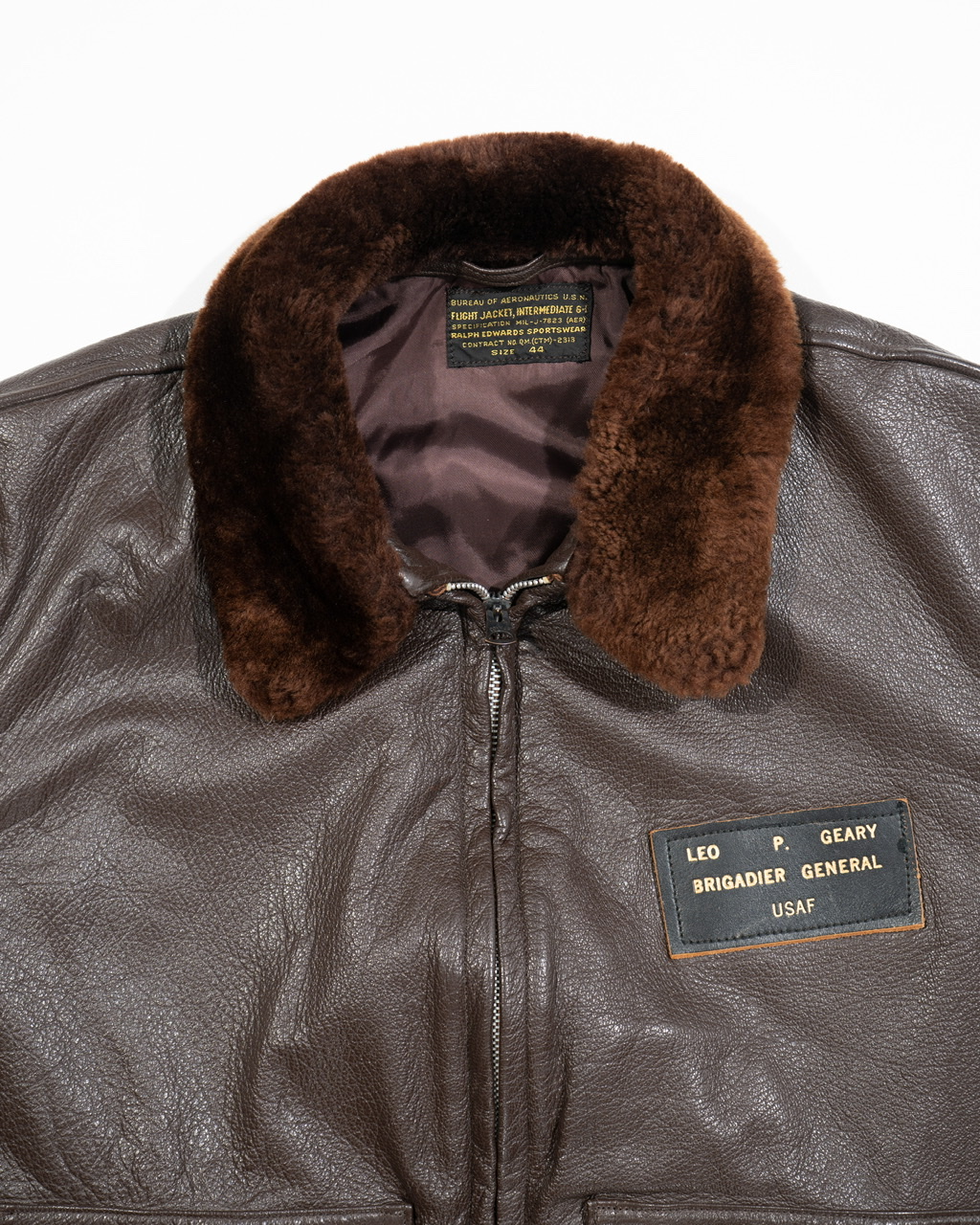 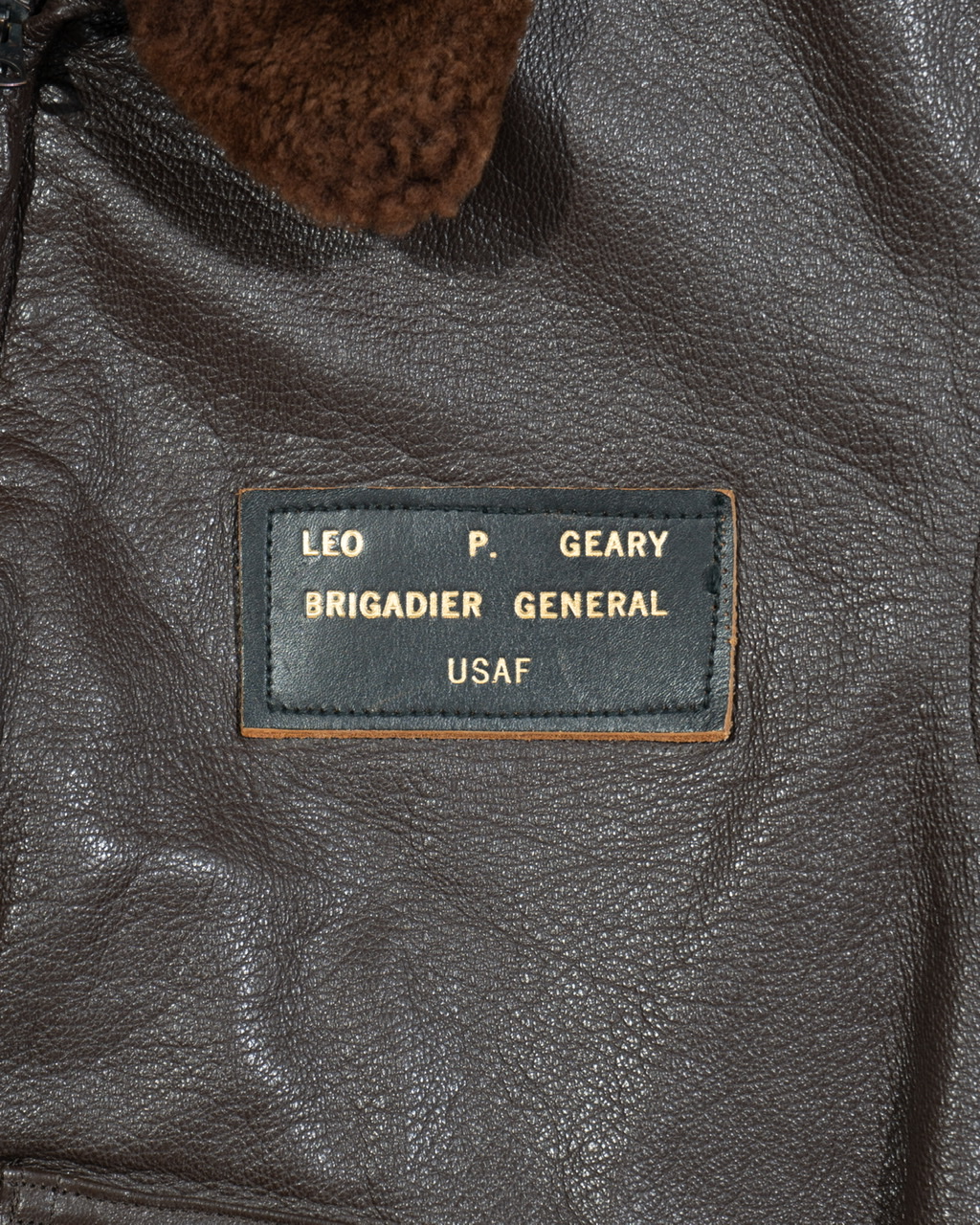 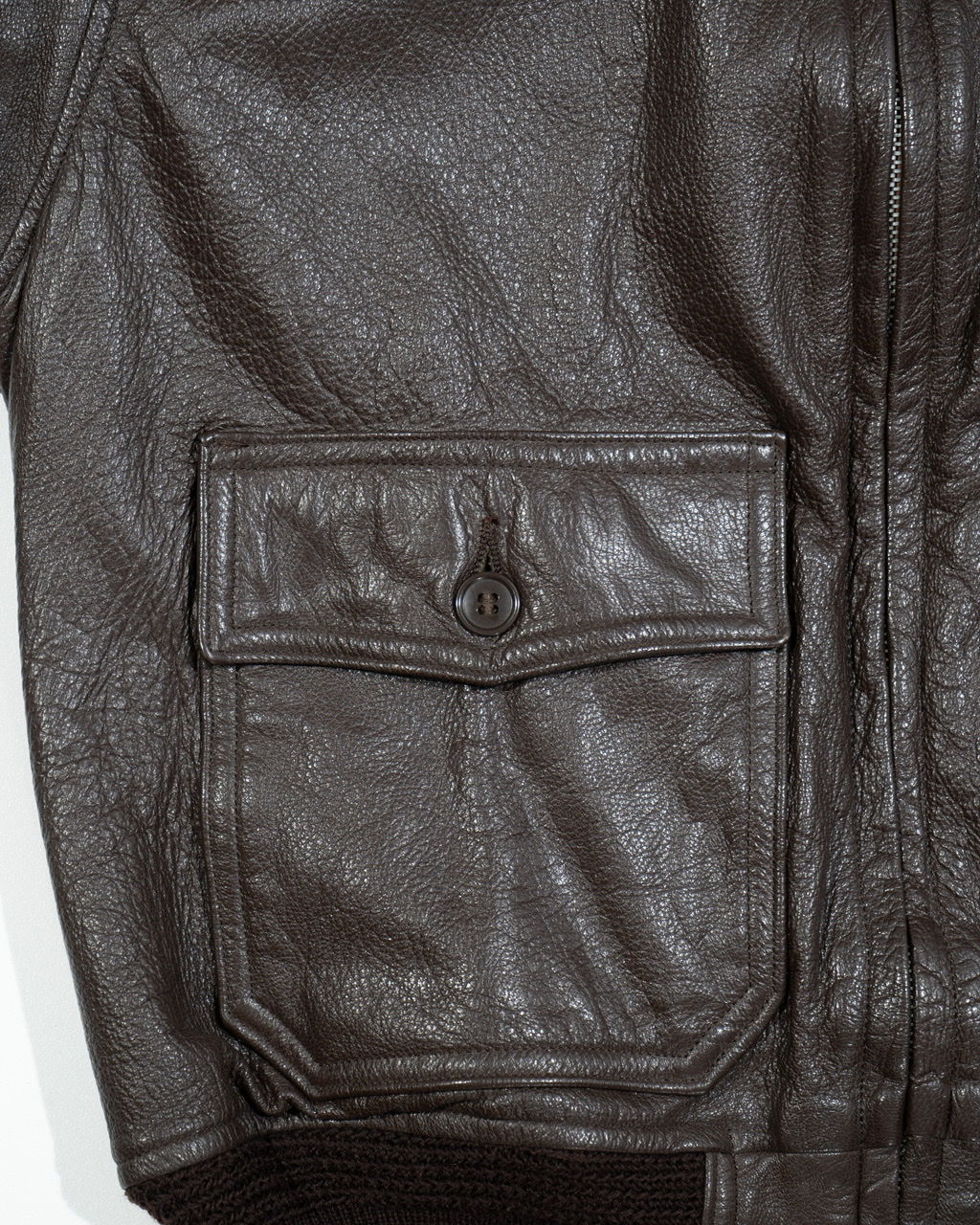 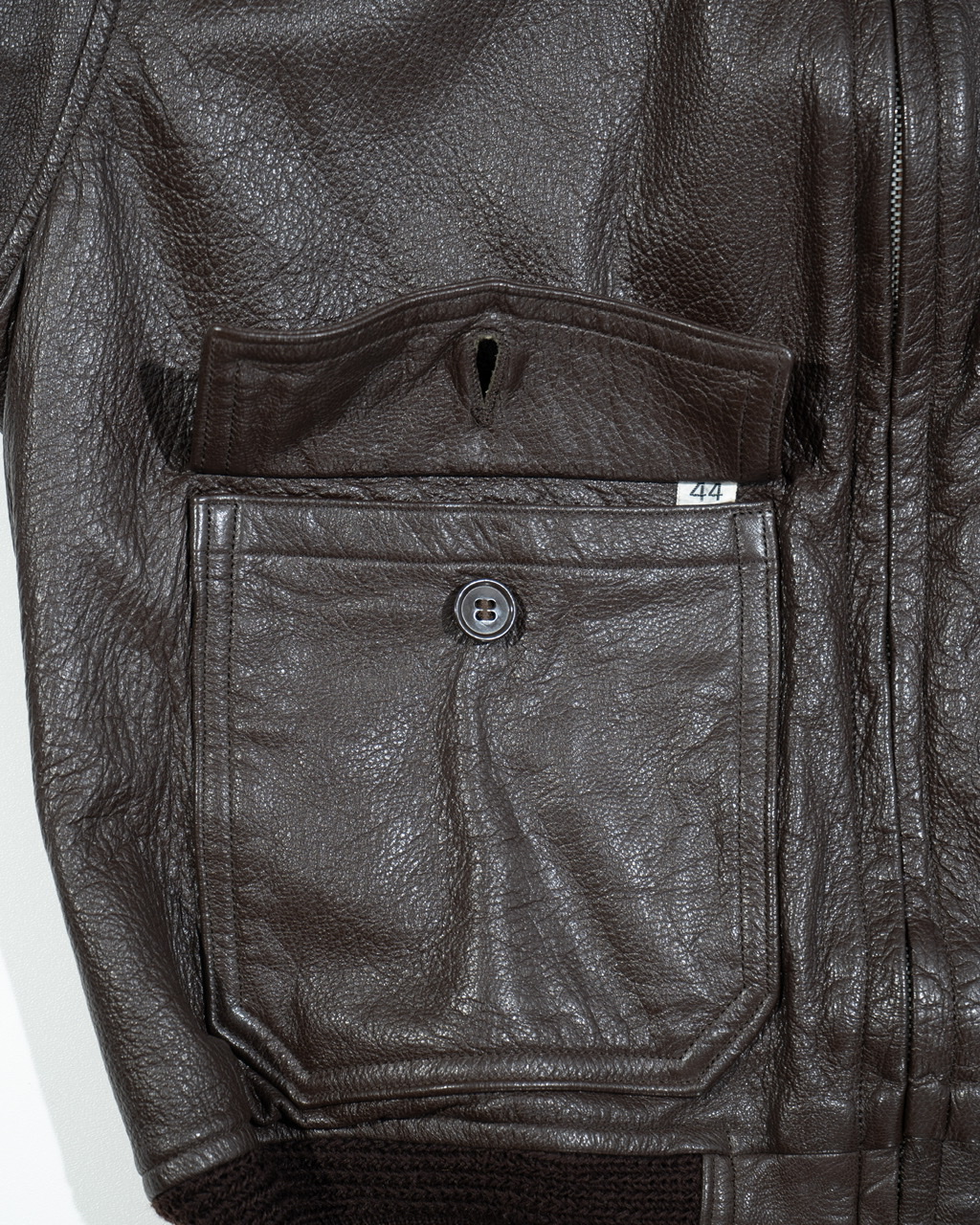 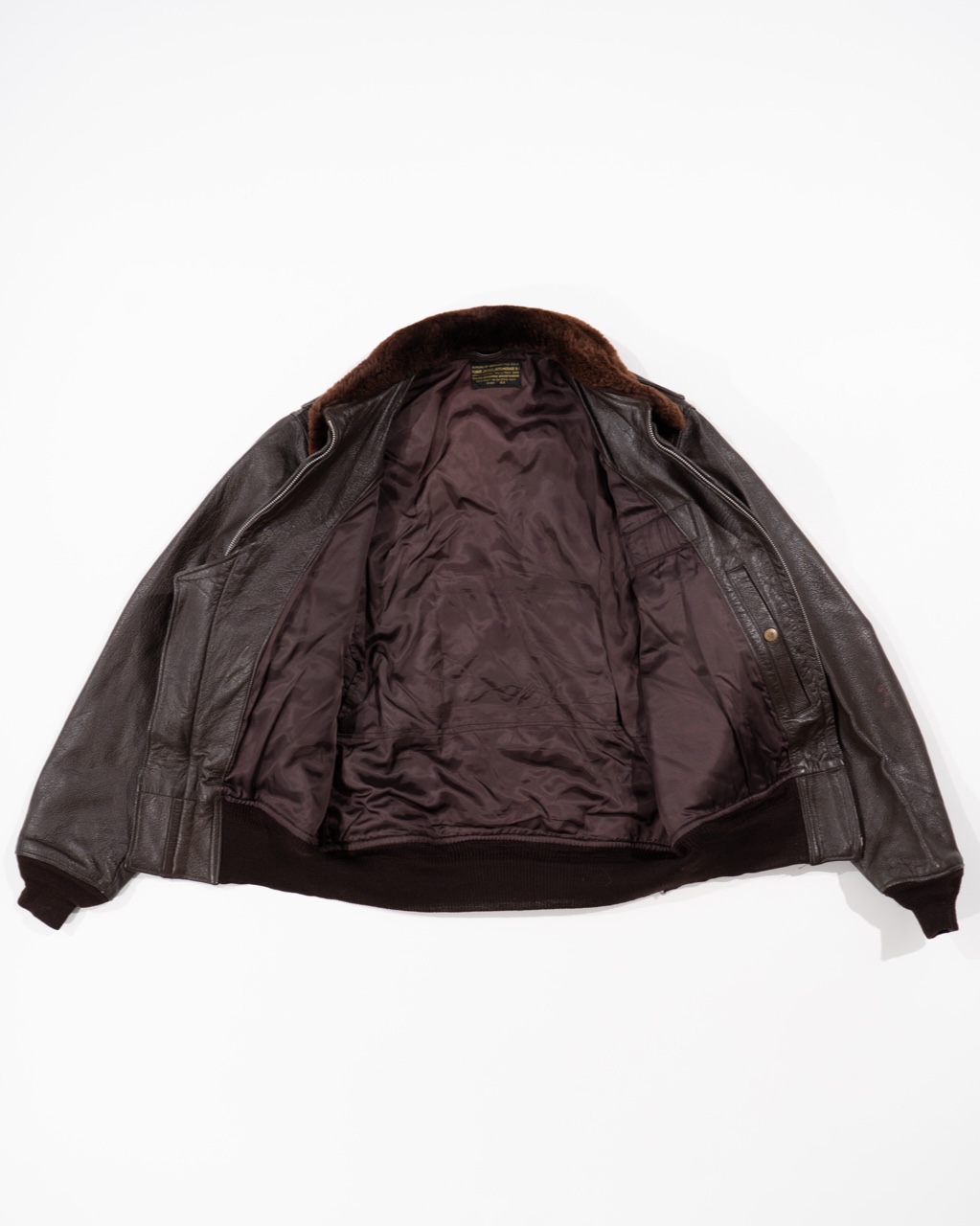 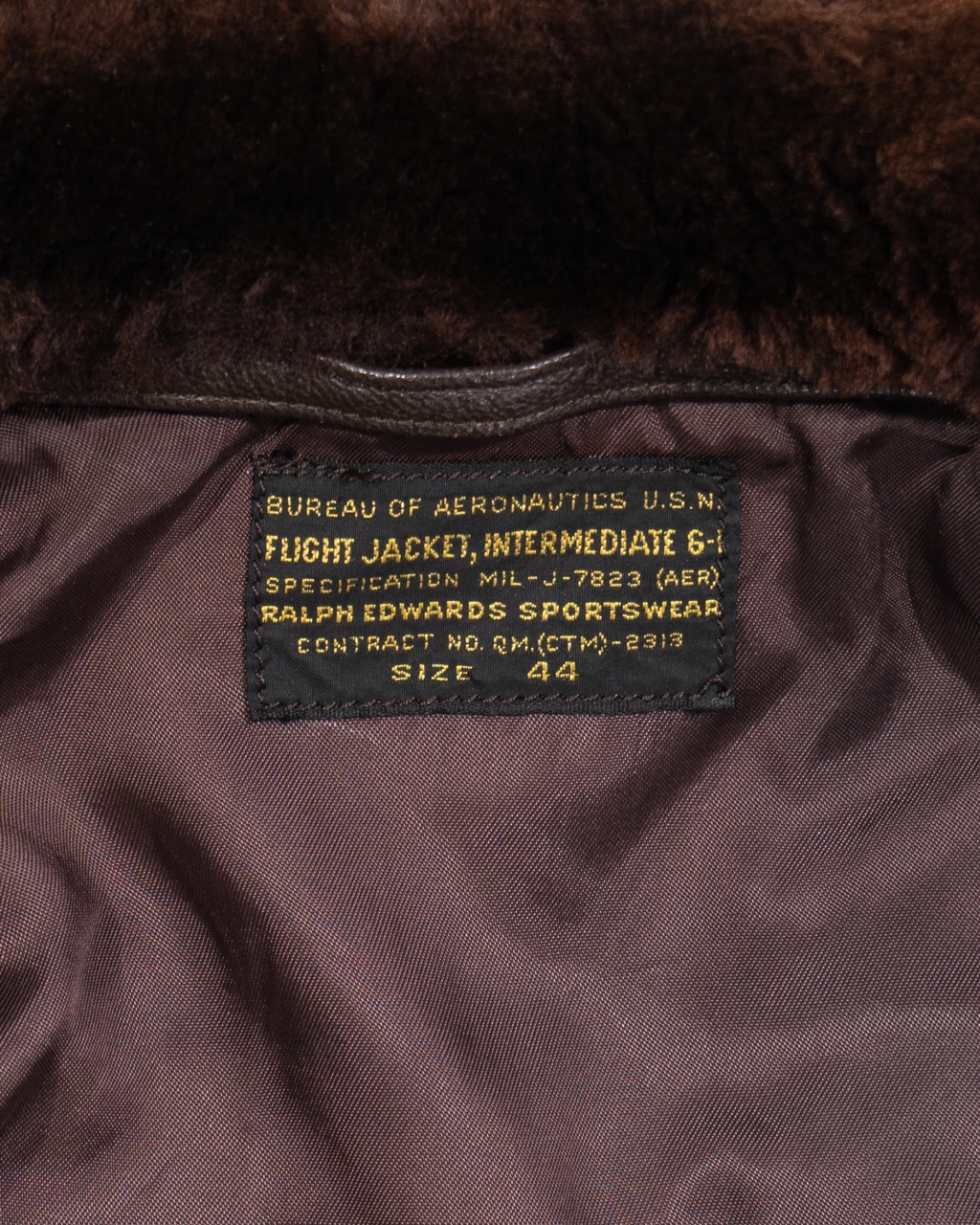 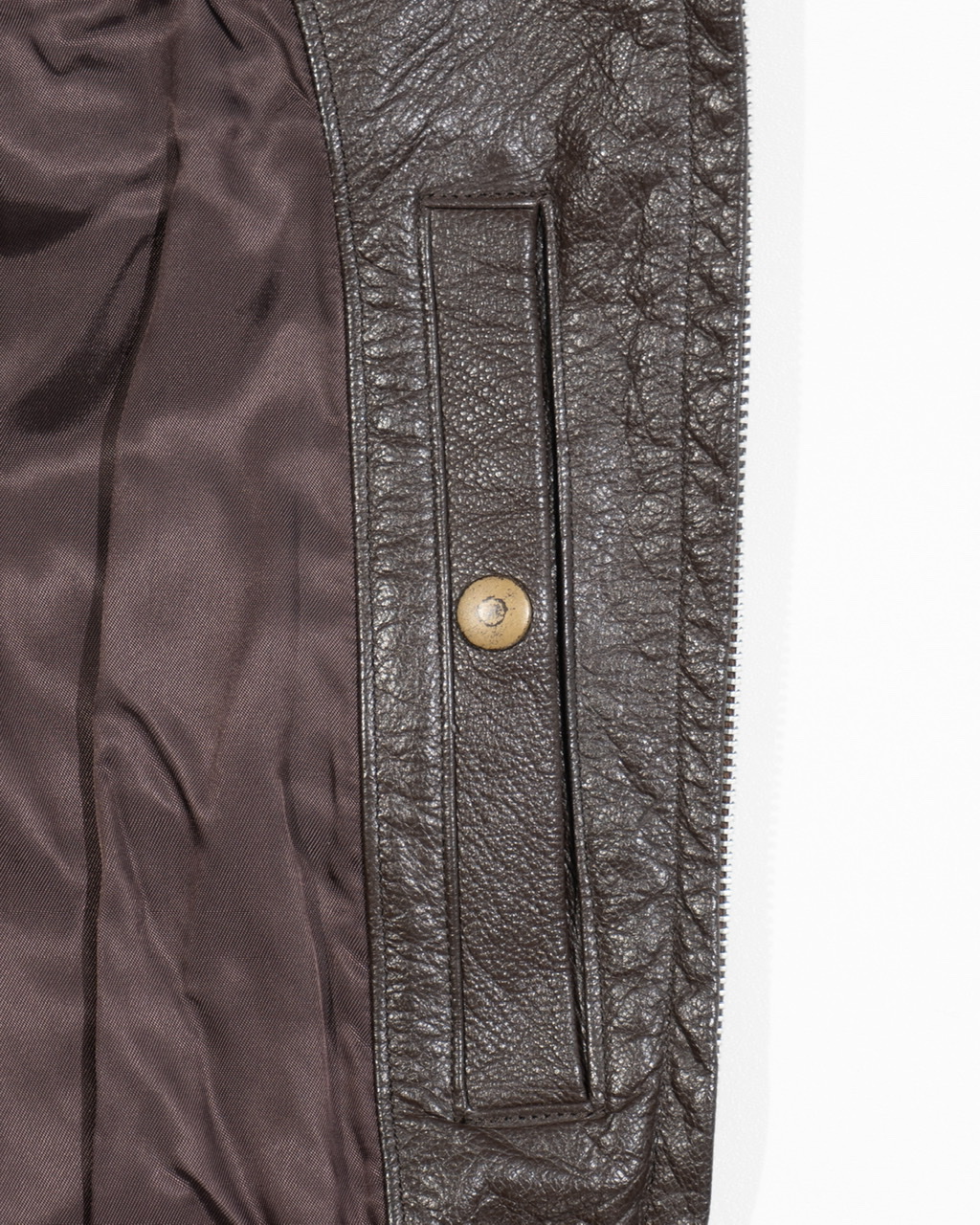 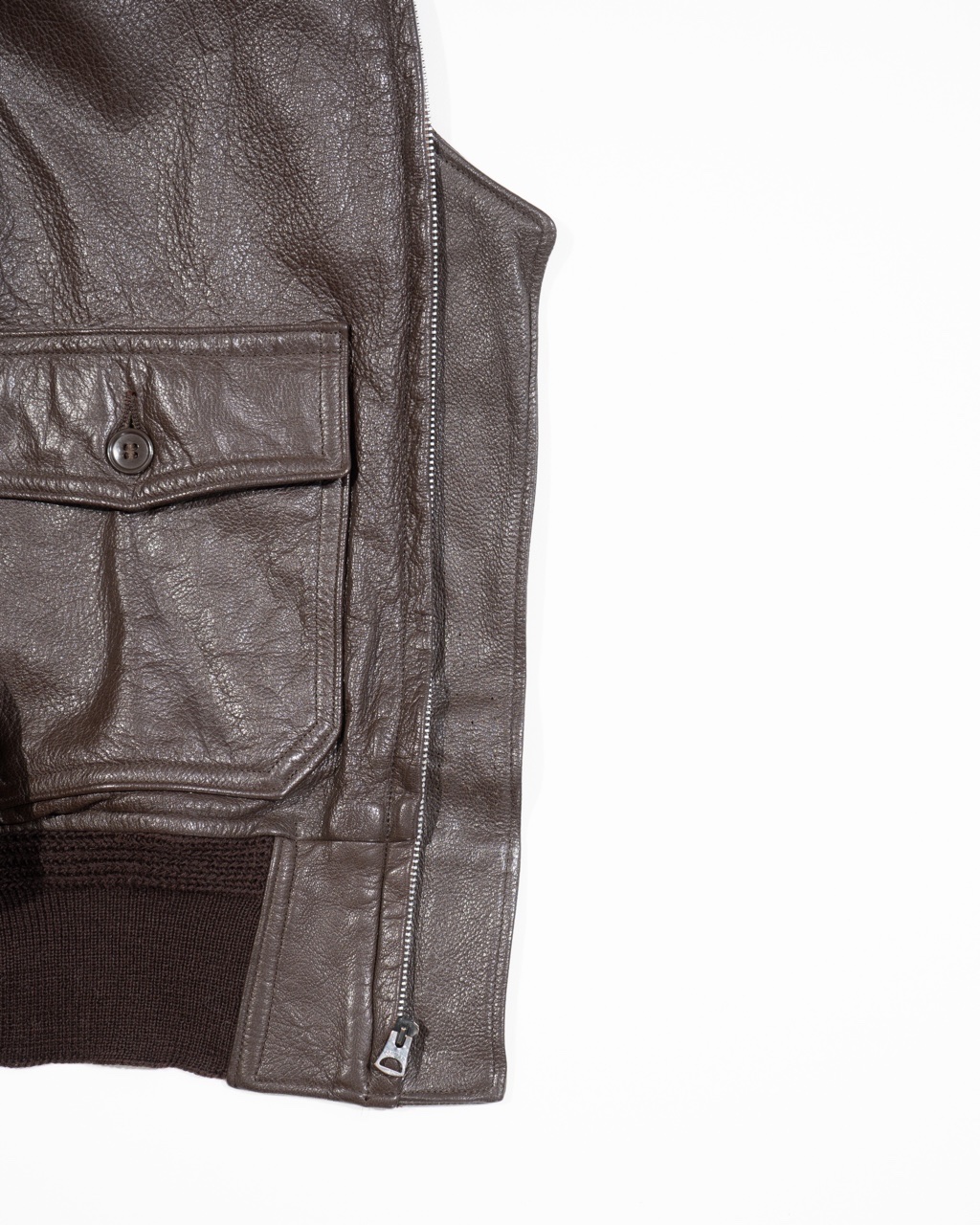 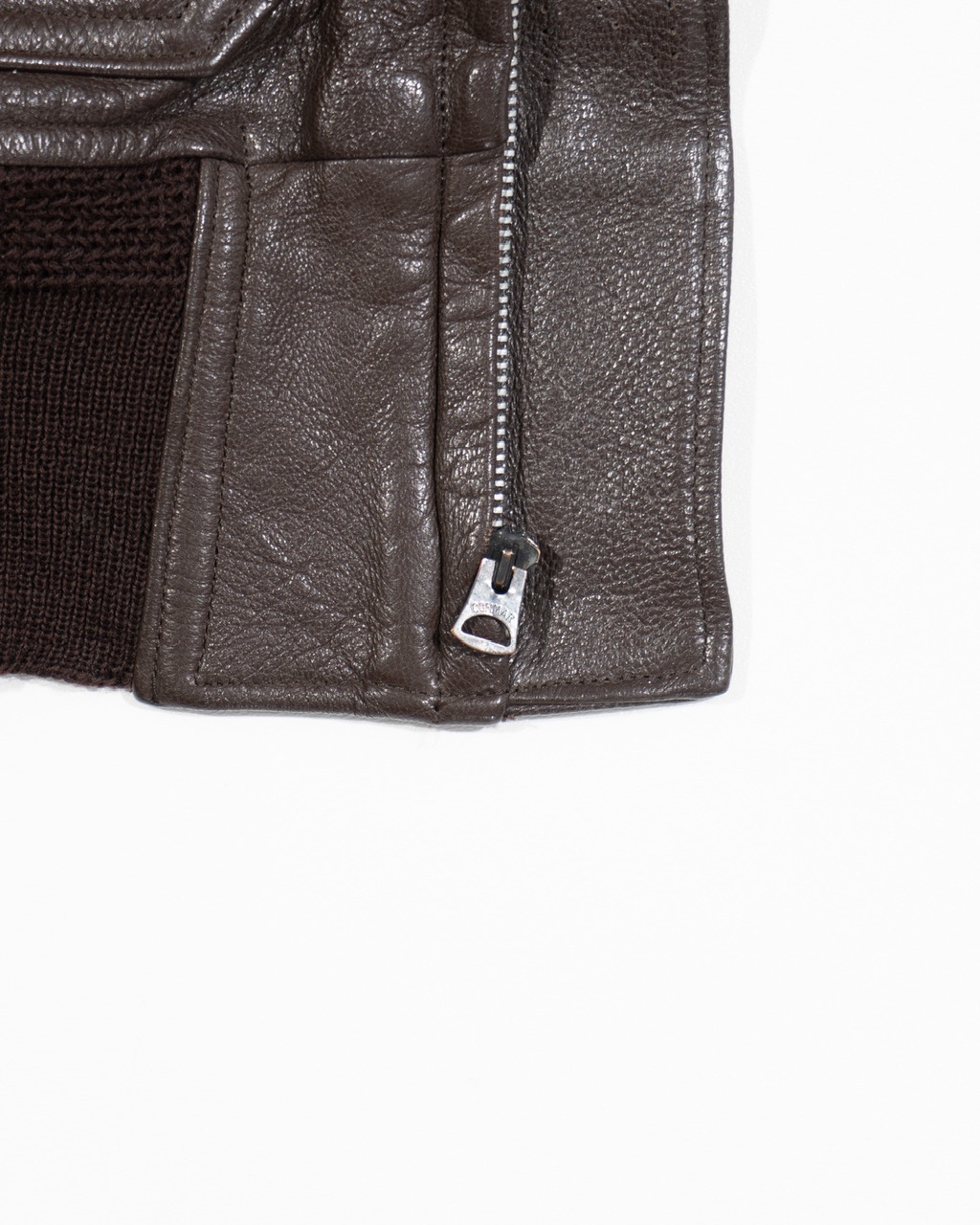 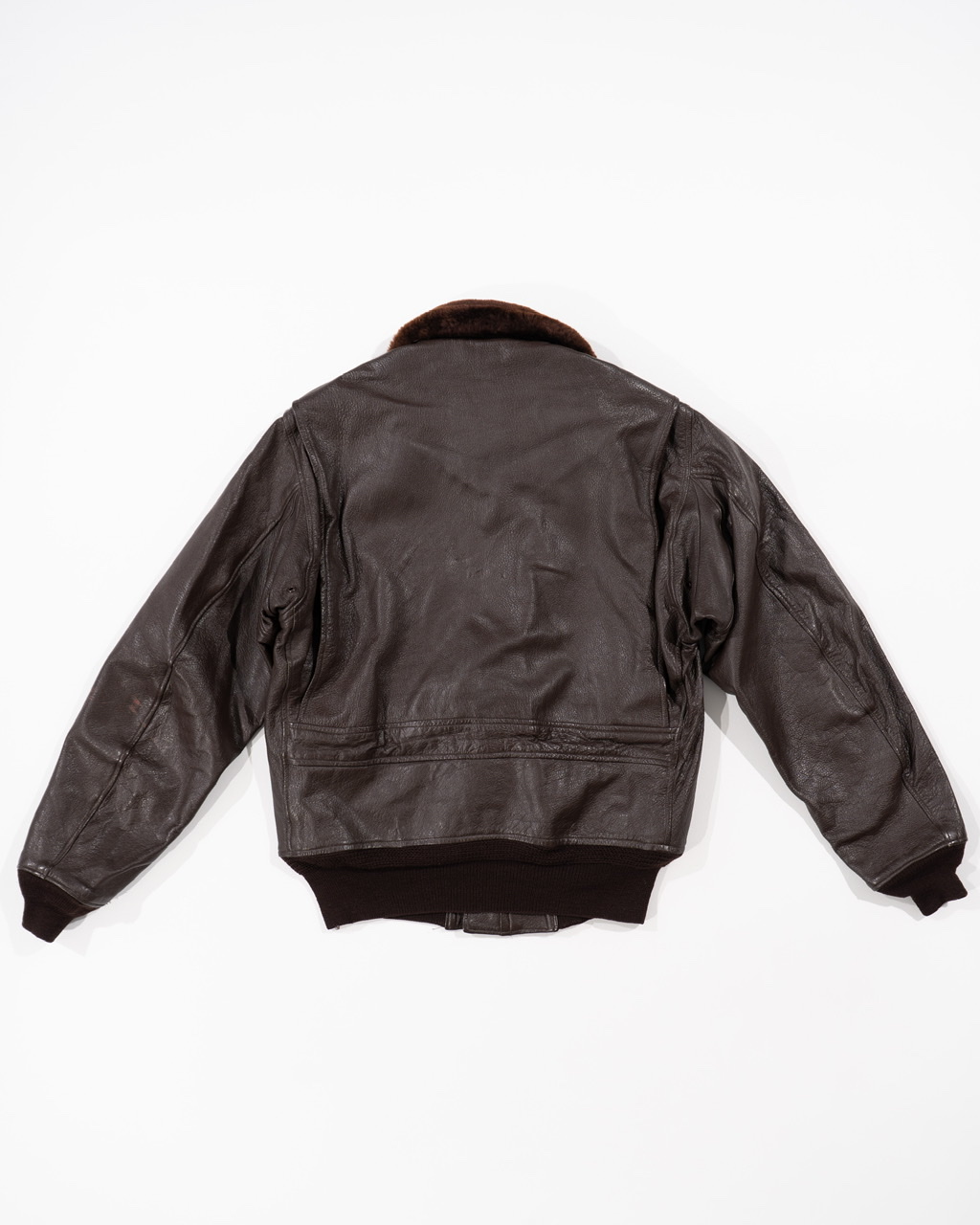 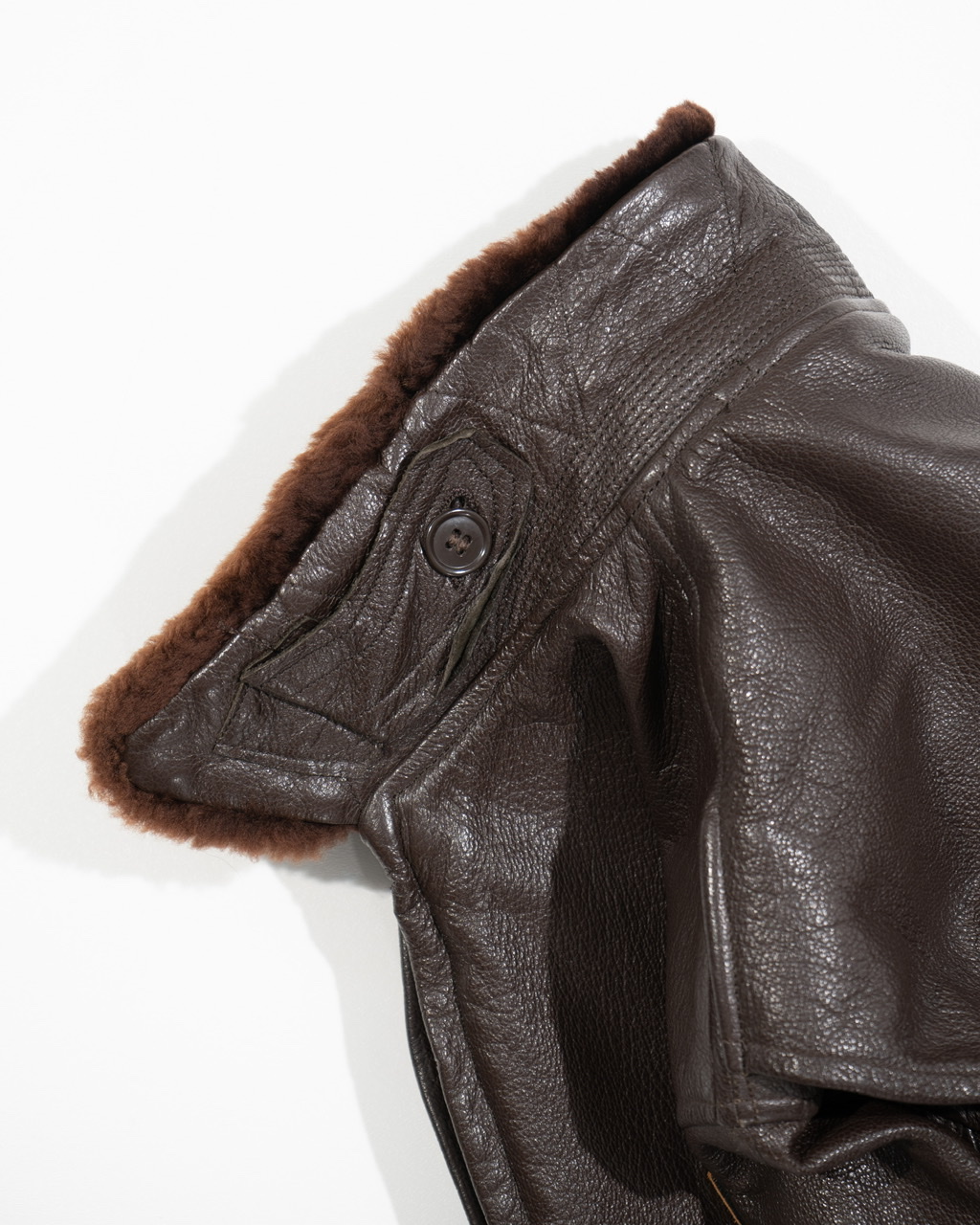 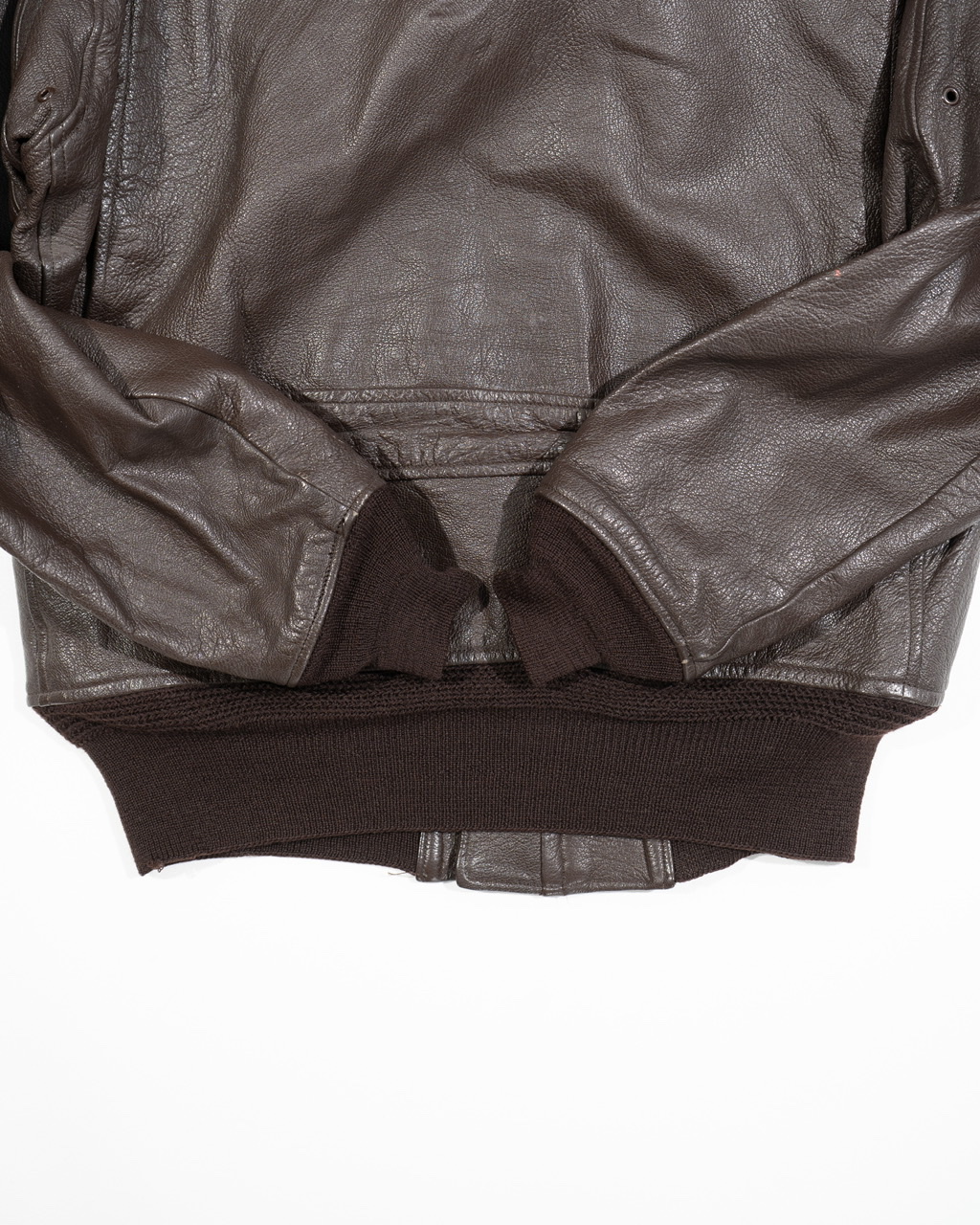 hello. topic for me thanks kelly

i found this web and i would to help you with evolution. i am from UAE ;D

Beautiful, I wonder if it was hardly worn, it looks immaculate. Happy New Year Jorge.

A USAF General Officer … with a USN flight jacket .. that’s the reason it looks in mint condition . He probably only wore it, when he was out of uniform and wearing civilian clothes .Another beautiful jacket from Jorge .
Thanks for posting .

Thanks guys! Aside from the history of the owner, I find this contract super interesting.
The similarities with the Cagleco are shocking.
Actually if it wasn't for the label, you couldn't distinguish one from each other. I bought one of this specific contract for the first time a few years ago, and when I got it I couldn't find any info at all, like zero! Now I know this was the first contract from Ralph Edwards and they are indeed rare birds.