Finally received the missing piece of this puzzle; the name tag. This M-445A belonged to George S. Proksa. 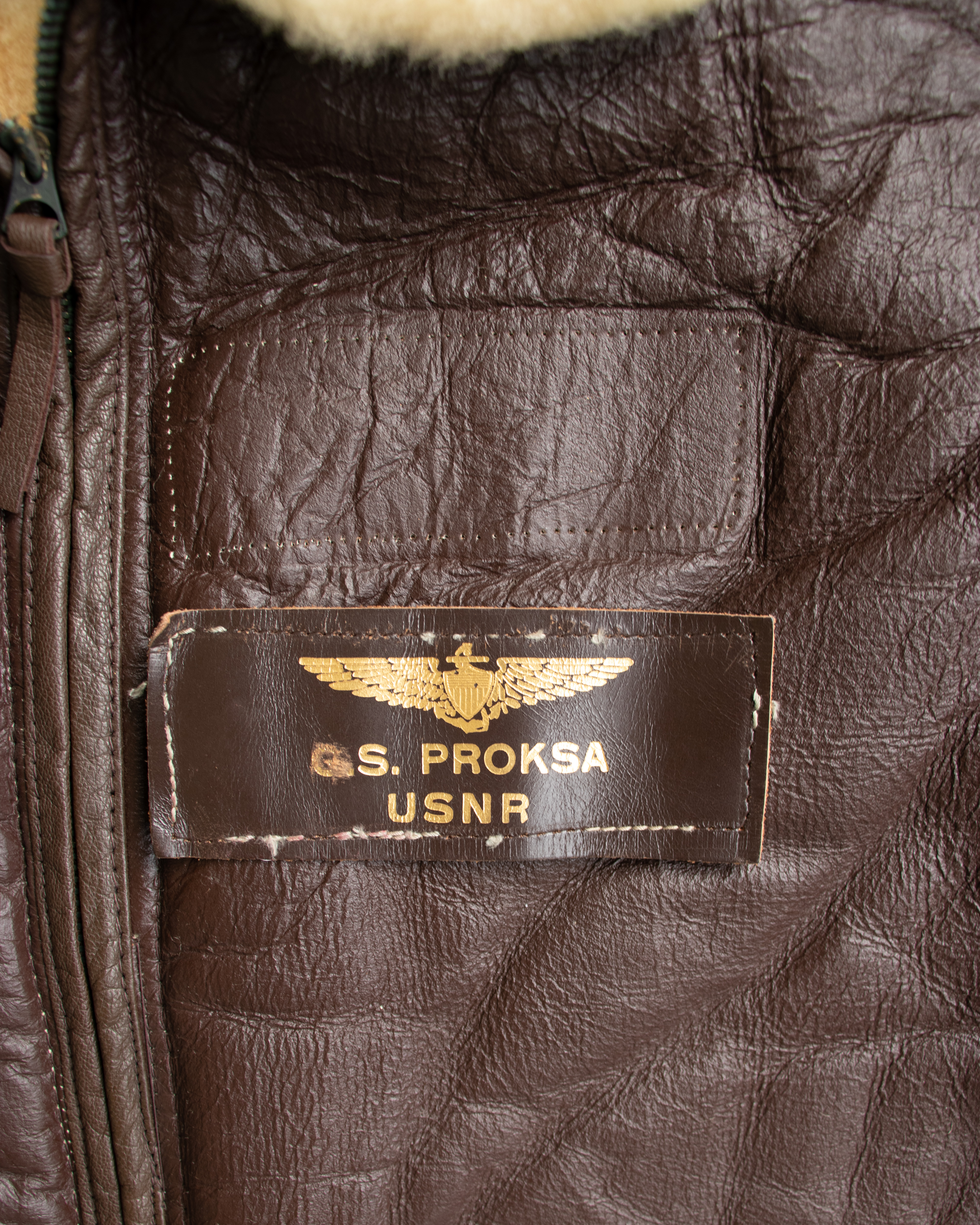 Here comes the funny part. When I received this jacket it came with a 4x2 name tag belonging to Ed Proksa. 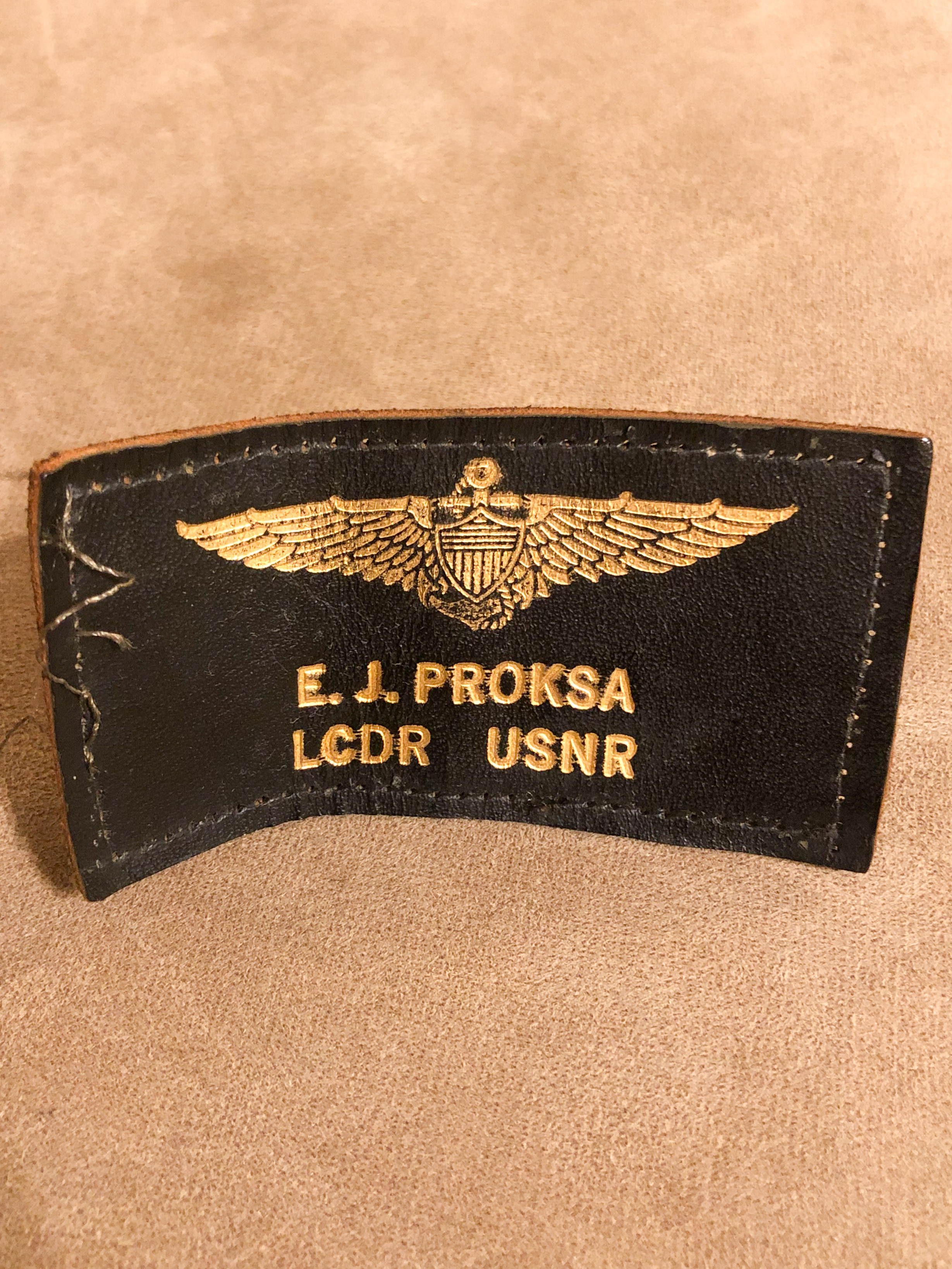 Obviously that was not the correct name tag, so I contacted the seller and he told me he switched name tags by mistake!! Luckily, he contacted the person that bought the flight suit with the 5x2 name tag and finally we were able to switch our correct name tags. The jacket belonged to George S. Proksa, and I have to admit that at the begining I was a bit confused by the names and last names. Then after some research online this was the info I could find on Ed Proksa’s obituary. 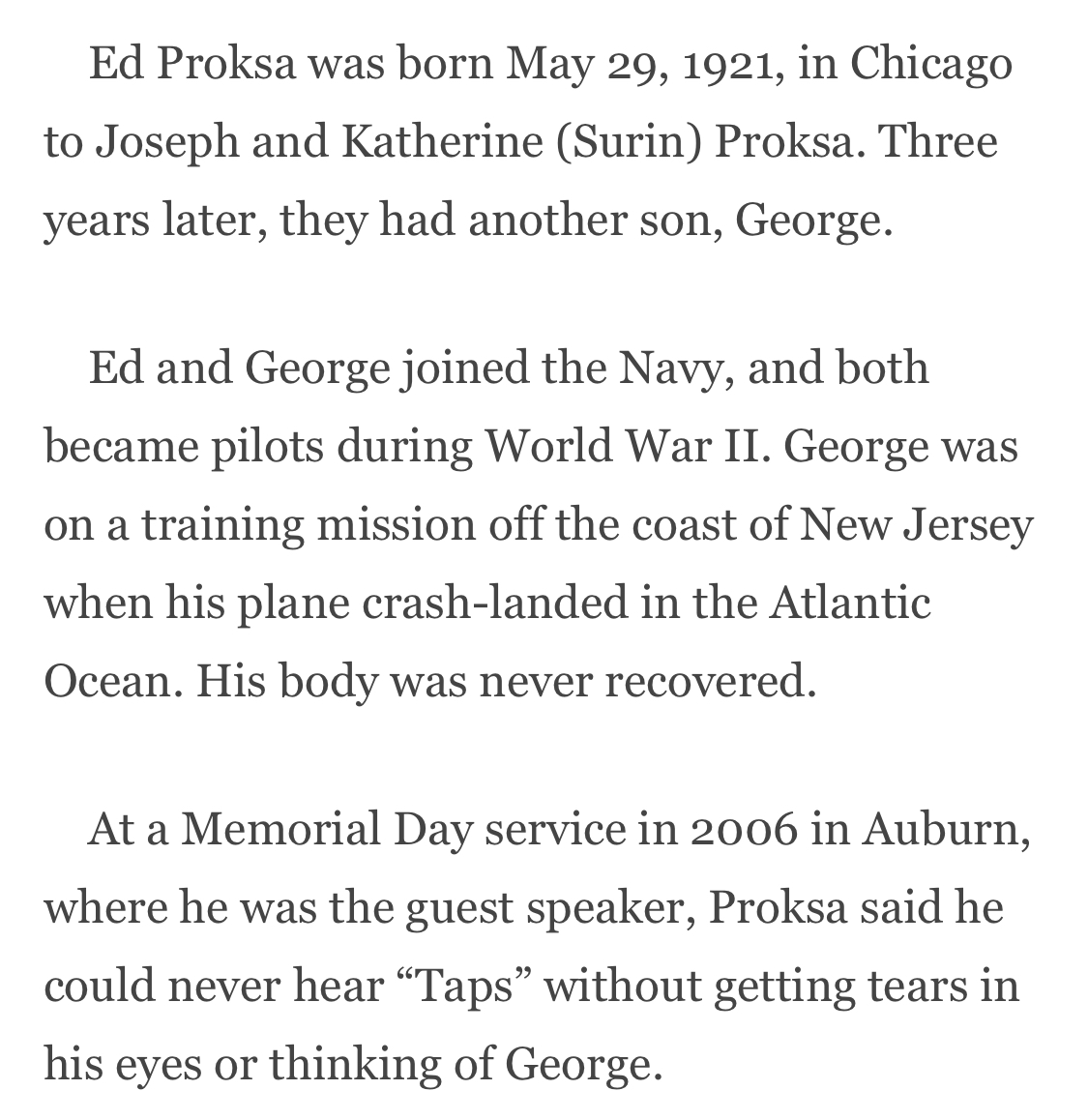 Also his name is listed on the page of reports of USN/USMC pilots and crews involved in aircraft accidents or incidents. 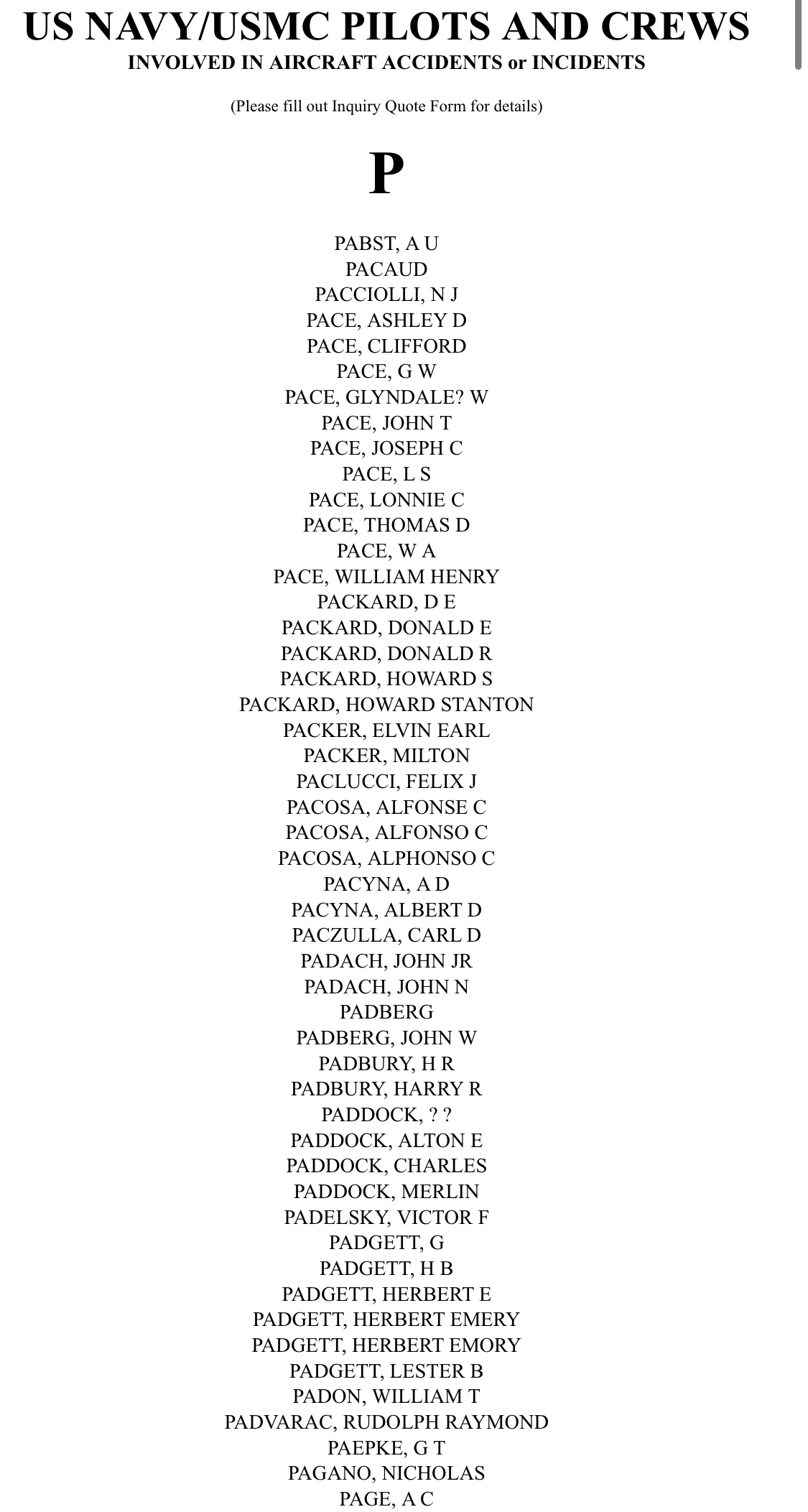 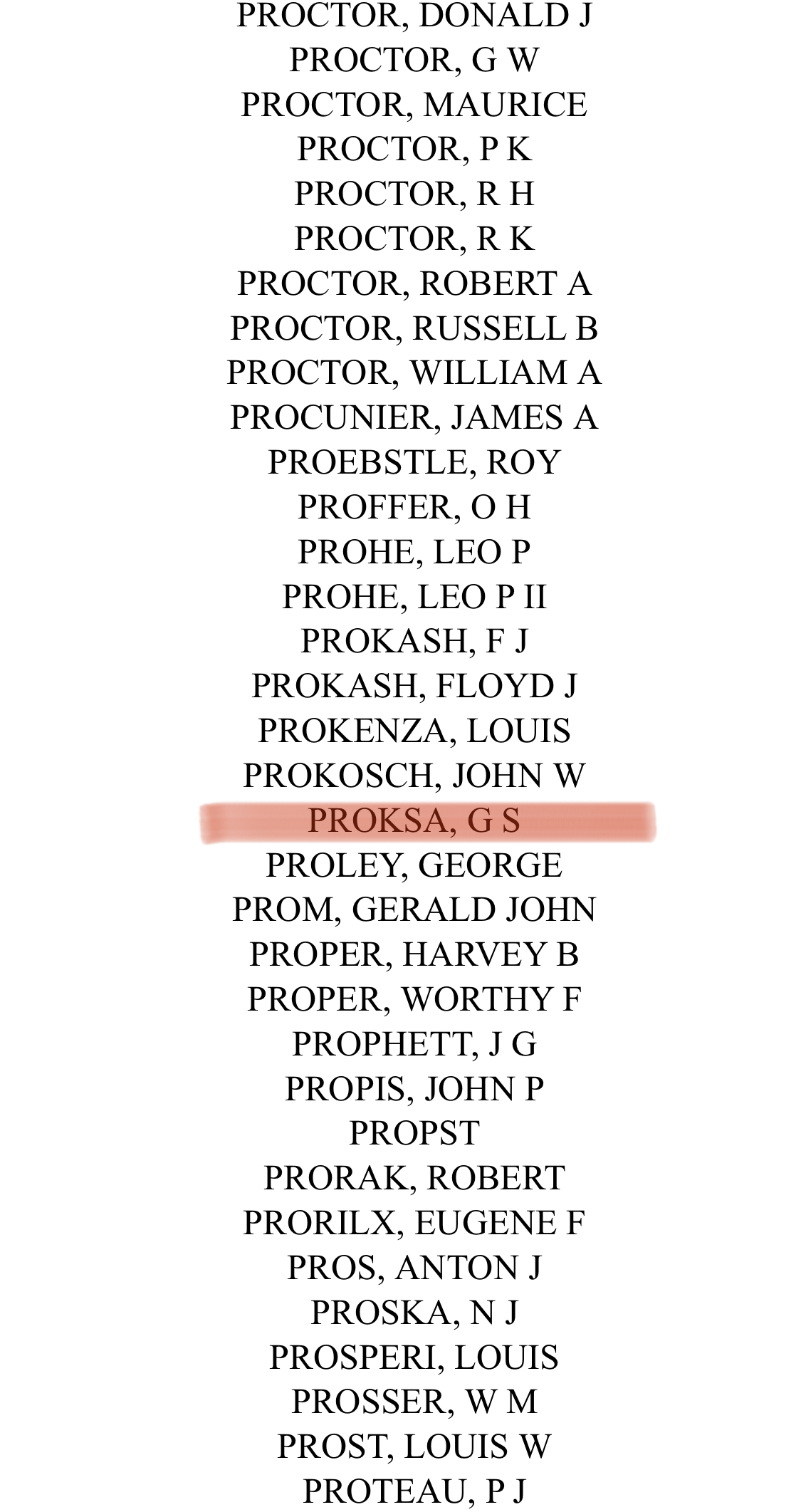 Whether you're looking for a family member, squadron history, lost wabirds and crash sites, Accident-Reports.com offers a wide range of resources to help find the information you need. Research and reproduction of military USN & USMC aircraft accident reports and much more!
www.accident-report.com

Indeed, the jacket was not wear a lot.

Thanks for posting this up Jorge

Thanks guys, yes it’s virtually unworn. I had to post this detail to complete properly the thread. I guess every jacket has a story, even the ones that look unworn.
D

So the brother took the jacket when the other brother was killed, put his own name tag on the jacket but kept the old tag from his brother? Is that how this worked?

Jorgeenriqueaguilera said:
I guess every jacket has a story
Click to expand...

If only they could talk...

No, Ed kept his brother’s (George) M-445A jacket, and at some point both name tags were removed from the uniforms. The 4x2 name tag that I received first belonged to a K-2b flight suit from Ed. The seller had both uniforms and switched the name tags by mistake, he sold the Ed’s flight suit with the 5x2 (George) name tag to a another guy and the M-445A with the 4x2 name tag to me. At that point the name tags were not attached anymore, it was in the pocket.
You must log in or register to reply here.
Share:
Facebook Twitter Reddit Pinterest Tumblr WhatsApp Email Link