Hi guys, I have been working on this jacket for quite sometime. The idea was first born a few years back when I got a Spalding catalog book and found this jacket in the catalog. 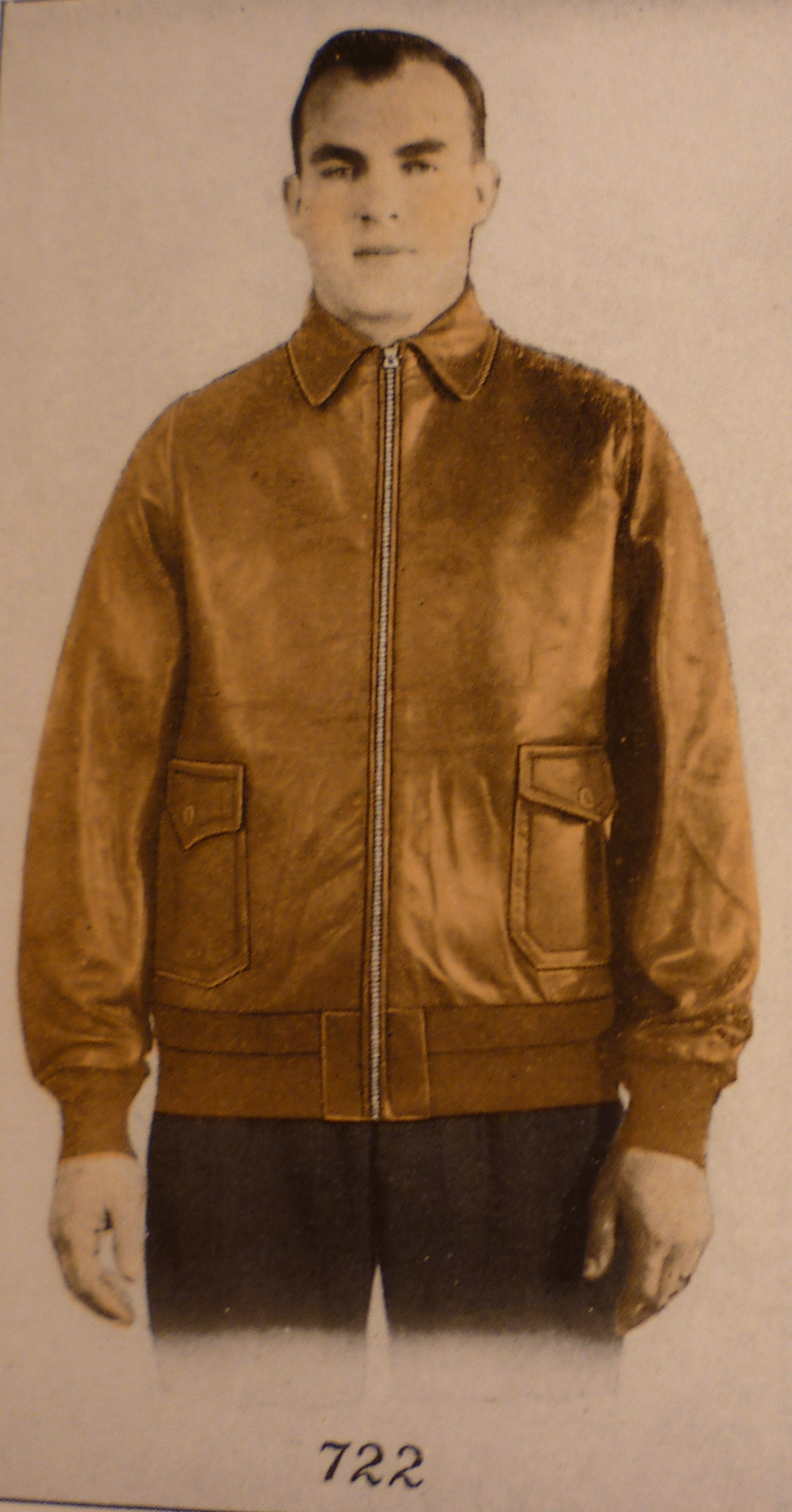 Recently we got the chance to pattern the jacket and do a few test jackets while we were waiting for our supplies to arrive for our projects. We had a few standard box Hookless zippers left so we decided to go ahead with the project and I am very happy with the results. 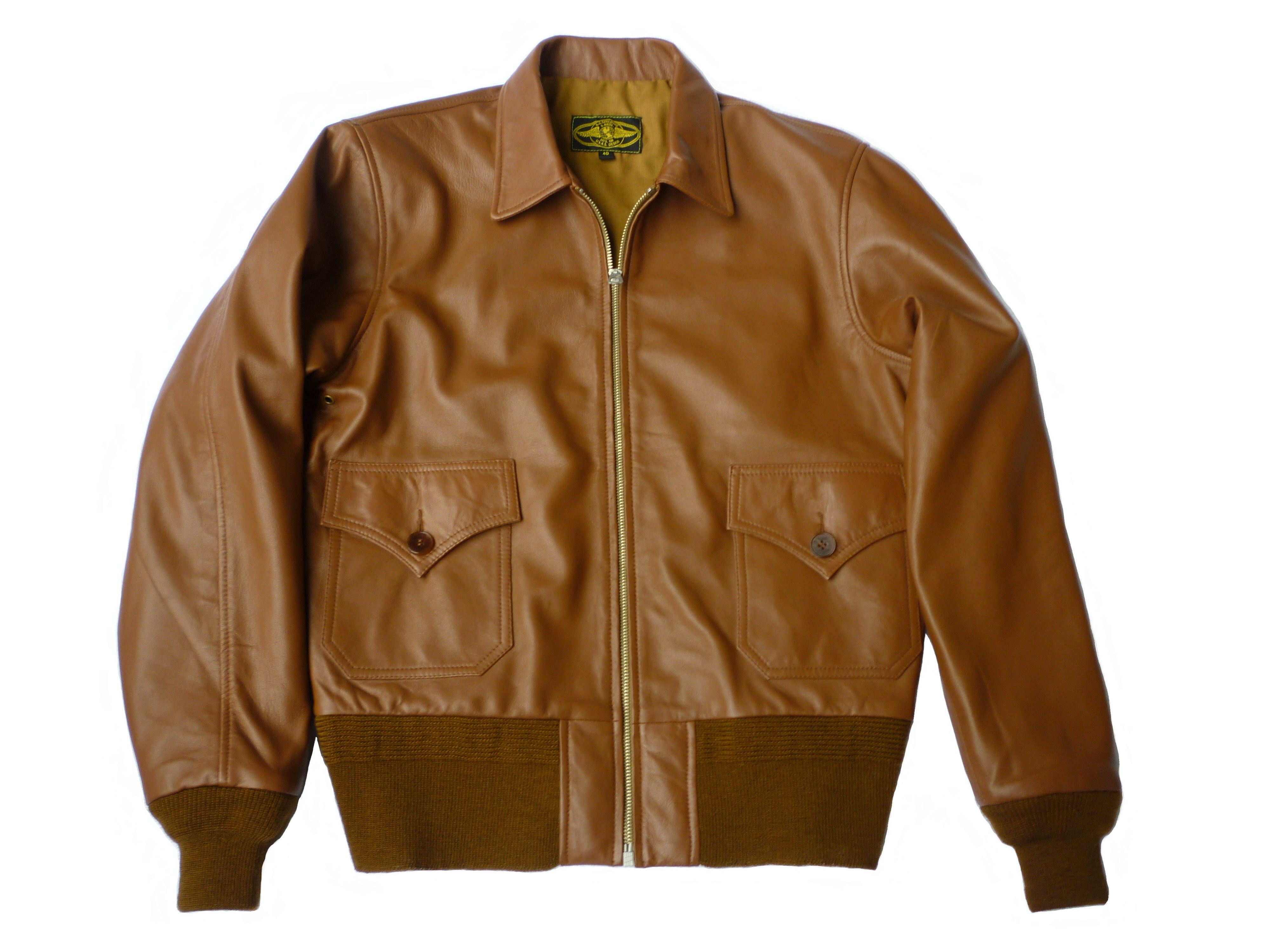 The exact date this model of jacket was made is unknown. The fact that it features a "Hookless Zipper" narrows it down to the late 1920's or early 1930's. A surviving example of this jacket has not been discovered. We were able to reproduce this model from the catalog photos and descriptions, as well as studying other jackets and leather flight suits made by Spalding in the late 1920's and 1930's.

The jacket bears a remarkable resemblance to the early A-2 jackets produced in the 1930's. This is an interesting fact that needs more study but it would appear that the jackets may be related. Which one came first is unknown at this time.

The Model 722 was made from Capeskin leather described as "Glove Leather" in the catalog. This was a common name used for Capeskin in that era. The available colors were Newport Tan or a Navy. Our version is made in Newport Tan Capeskin. 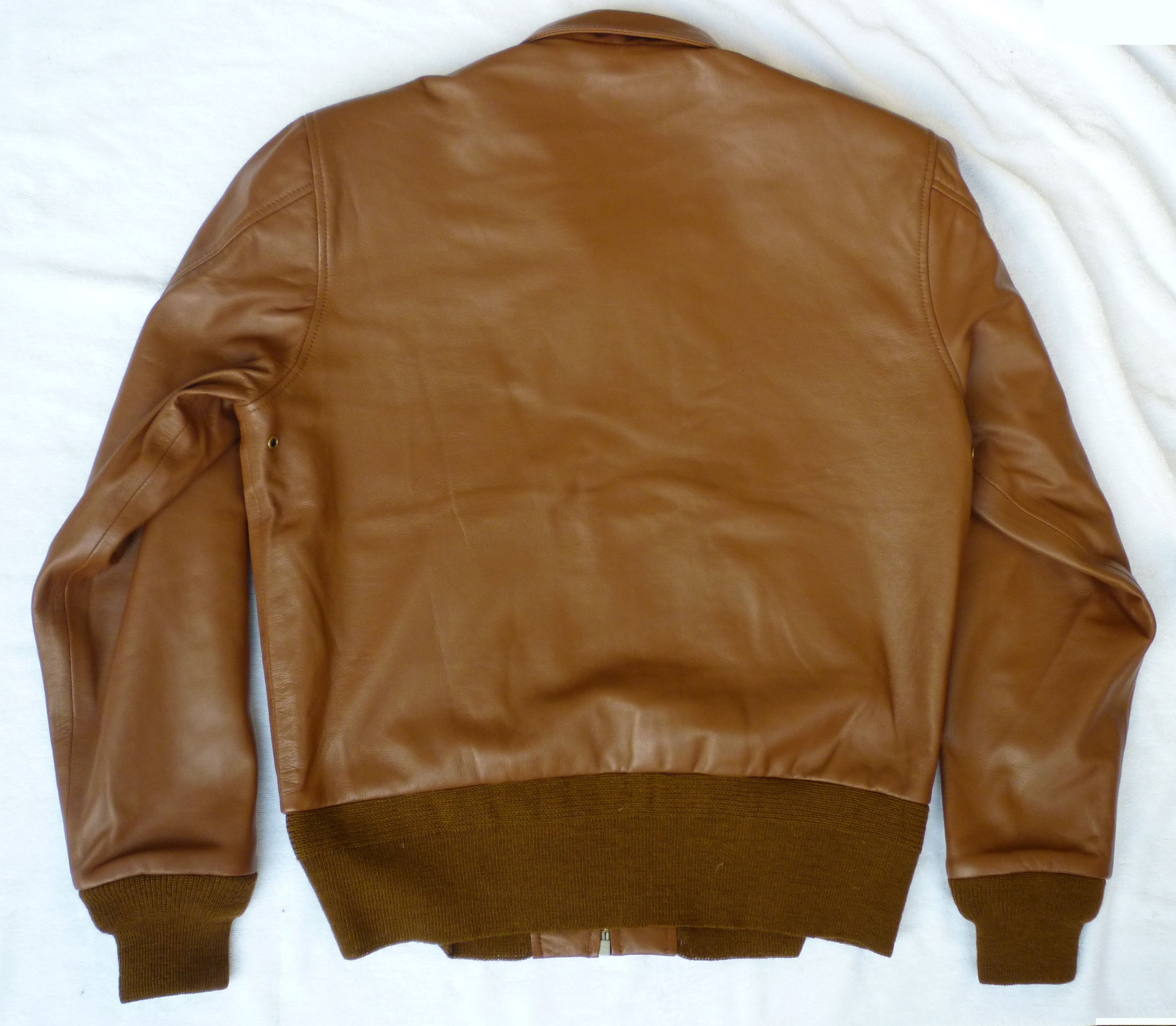 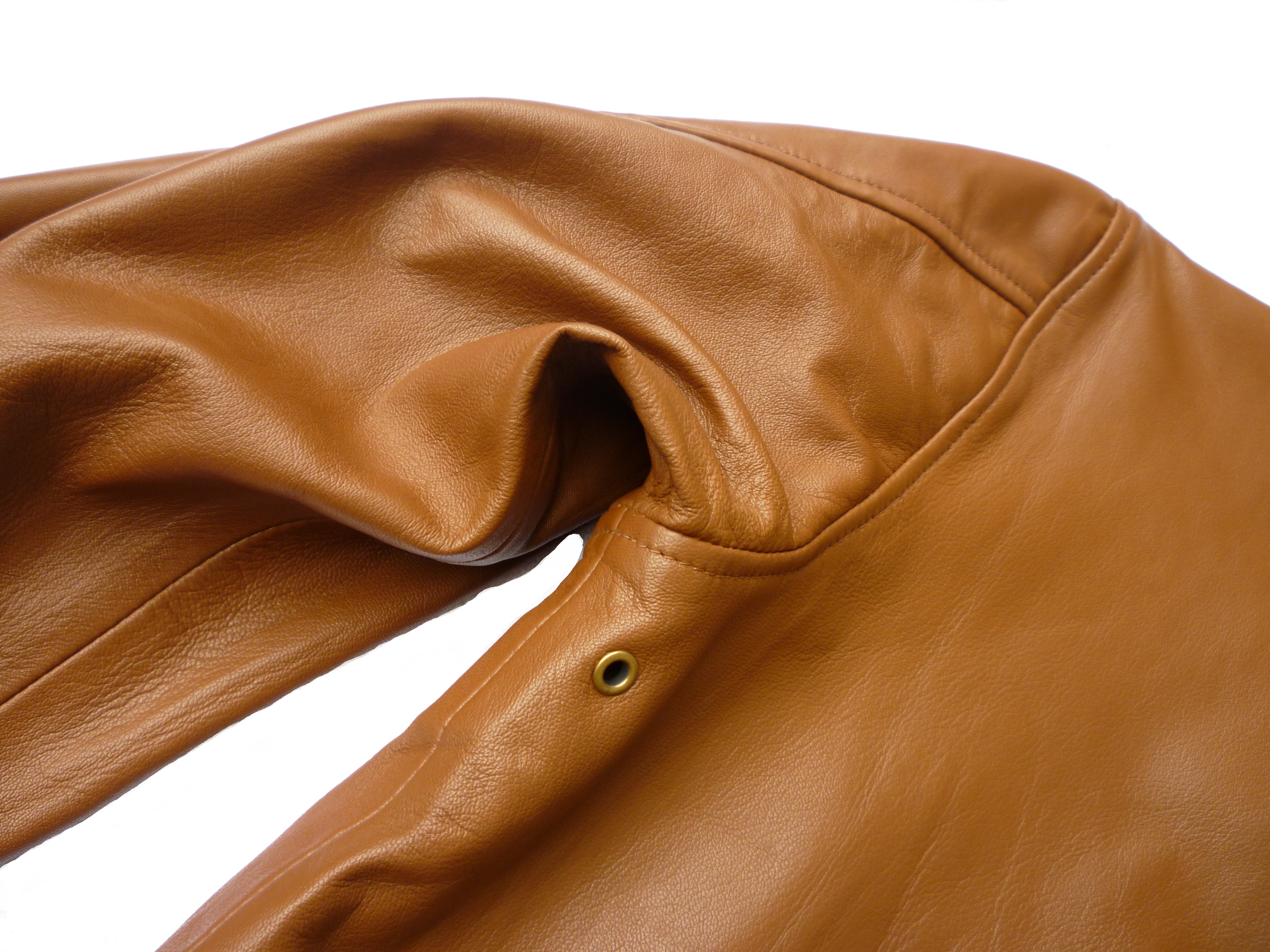 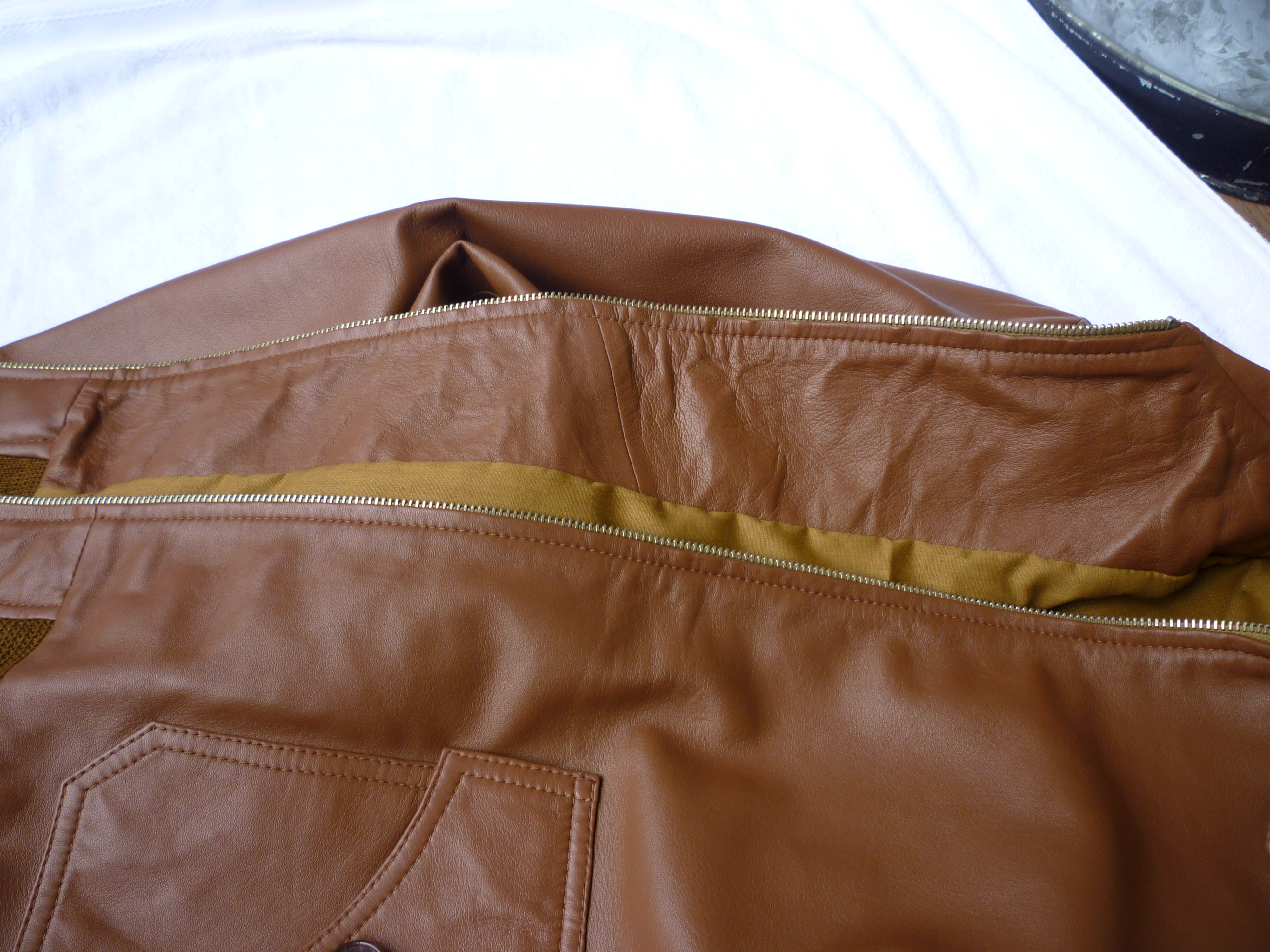 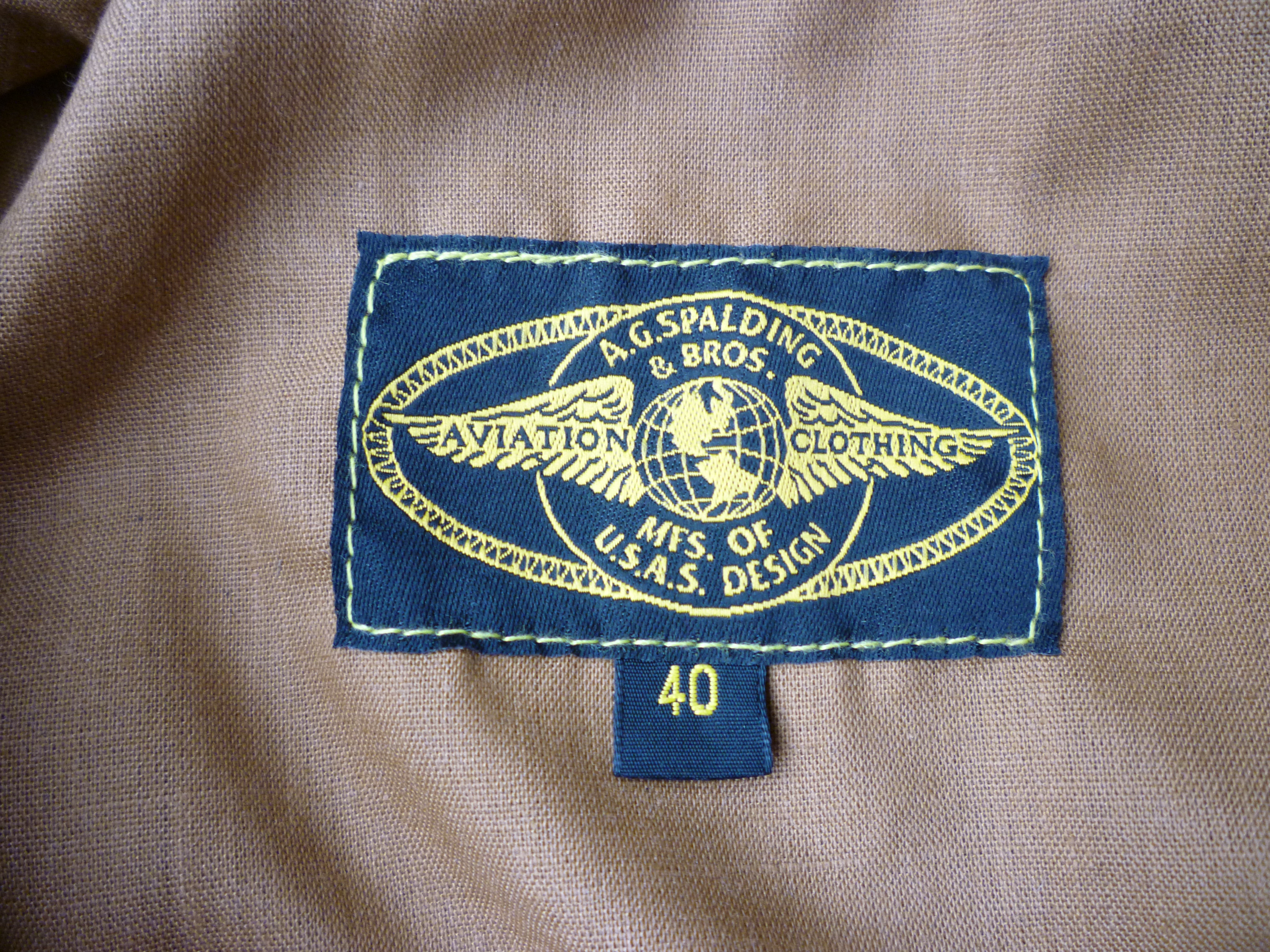 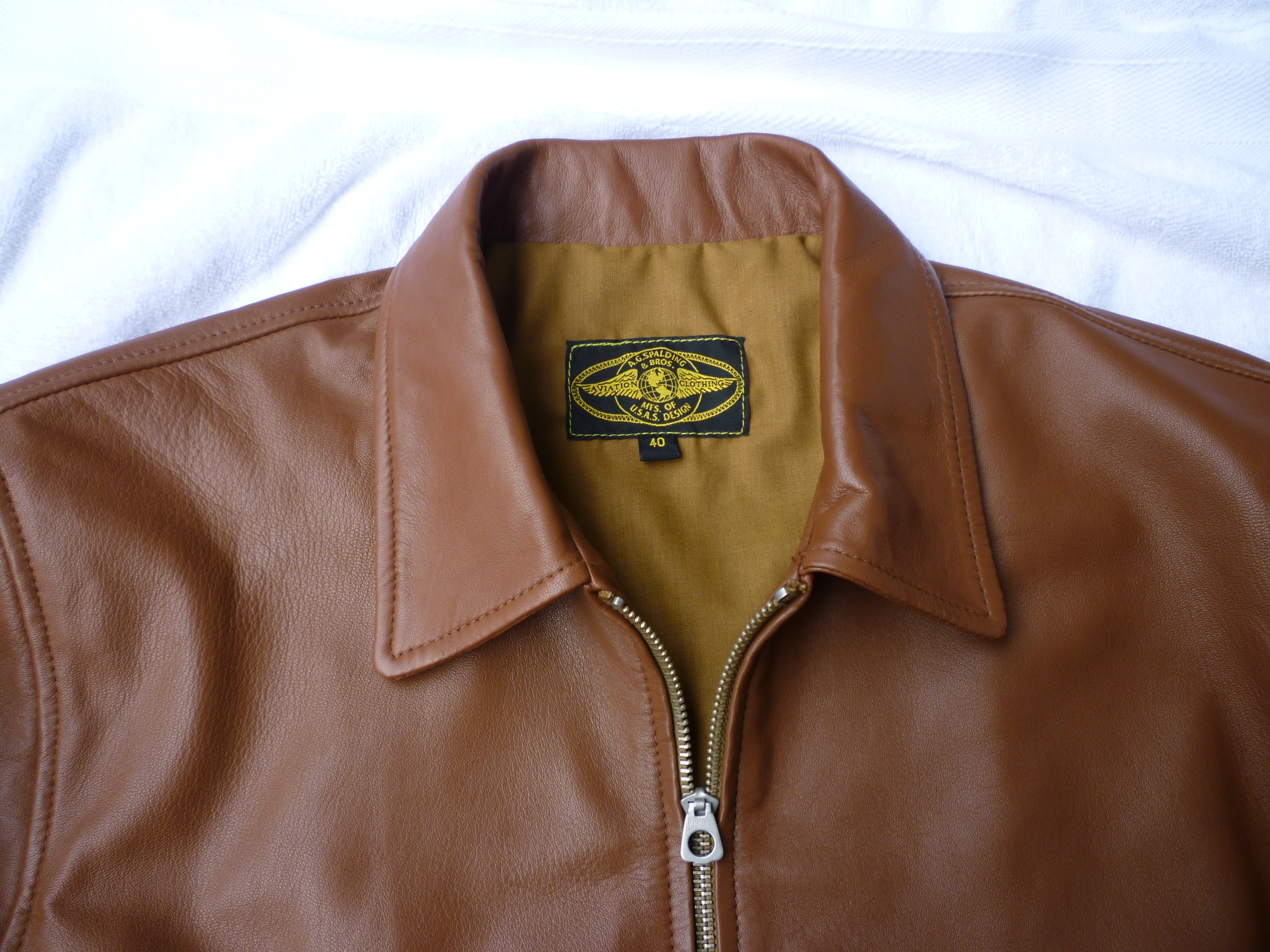 Outstanding and beautiful jacket; love the leather faced zipper. The only caveat being that the pocket flap dimensions, depth, curve and button hole relationship look far off on the repro--the point seems to cover nearly half the pocket. Then again who am I to say anything--I am not making or selling the jacket and can only imagine the complexities.

BTW, how is the Goldsmith project coming?

Thanks. Yes there is some variance with the Spalding pocket flaps and these ones are close to another example of a surviving jacket. I think they could be slightly less pointy but are not too far off of some of the originals. A little tweaking could easily be done as well: