Hello All, I was recently contracted by a customer who wanted a reproduction of a movie jacket from "Torpedo Run", the 1950's war movie. Here is some screen shots of the jacket: 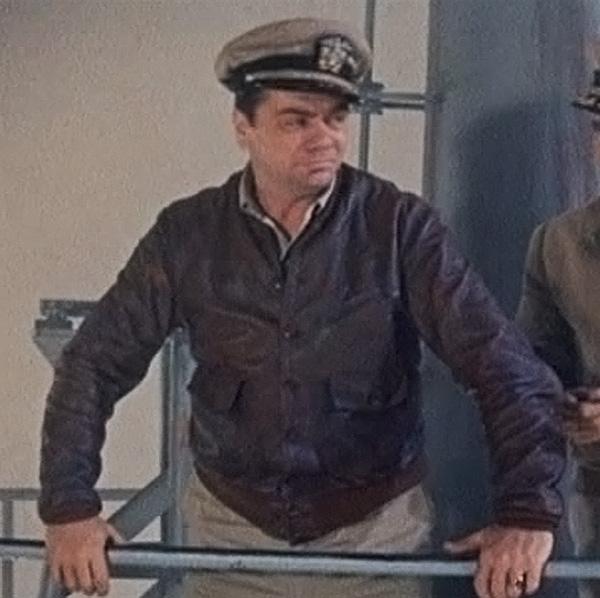 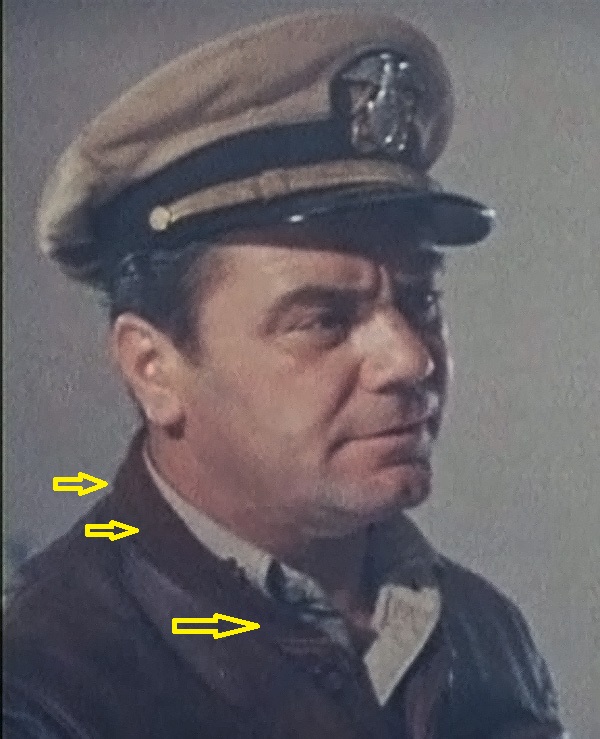 At first we thought it was a 37J1 type variant but on closer inspection, I noticed that the collar was folded down. Maybe even sewn down for the movie. Plus no snaps or buttons on the collar, and buttons instead of snaps at the bottom. 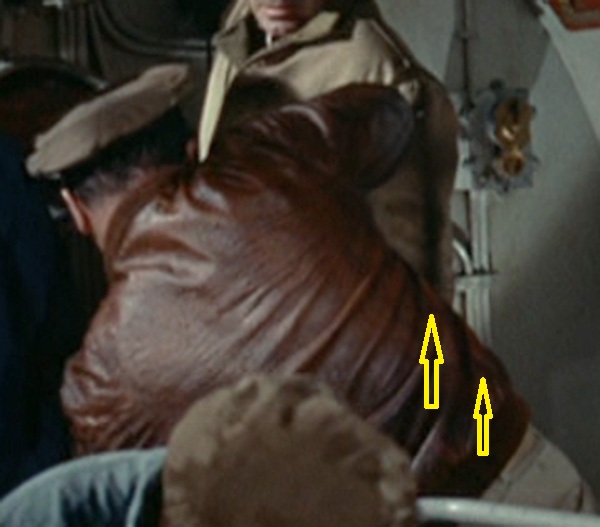 The jacket had a one piece back and once I saw more of the details present on this jacket, I thought it was likely that this was a 1930's Air Associates Civilian Flight Jacket. Upon further inspection, I identified the unique side seam on the jacket which sealed the deal!
It seems the movie costume department procured one of the 1930's Air Associates jackets seen below: 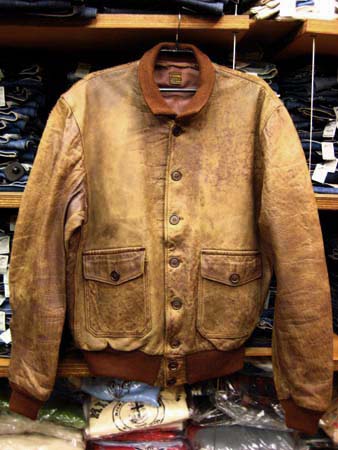 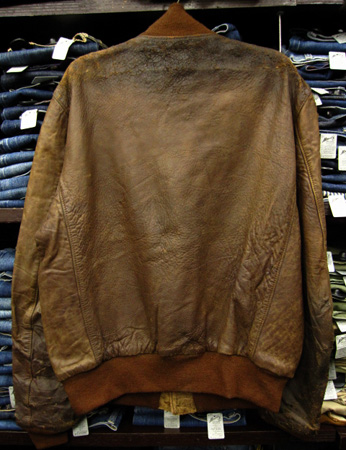 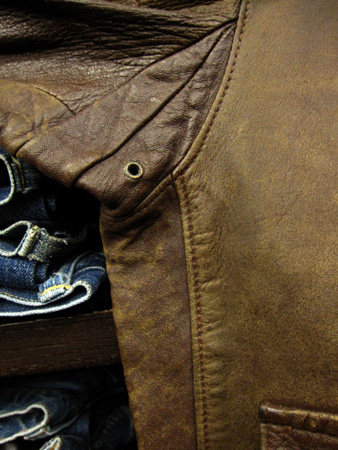 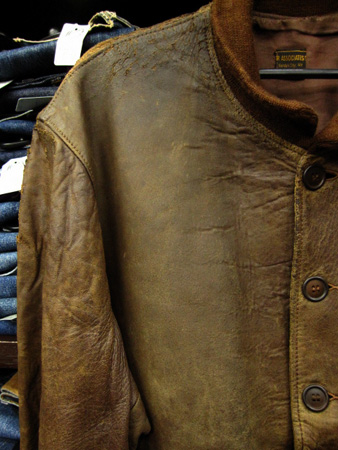 We just completed our reproduction and as an added touch, and by an incredible stroke of luck, we procured the exact buttons found on the original. The George Morrell Co had a patent on the casein buttons found on this jacket in 1935. I have a PDF of the patent. The buttons are made by a special process which results in the mixed colors seen on them. We found a big stock of the buttons. NOS in the original boxes. 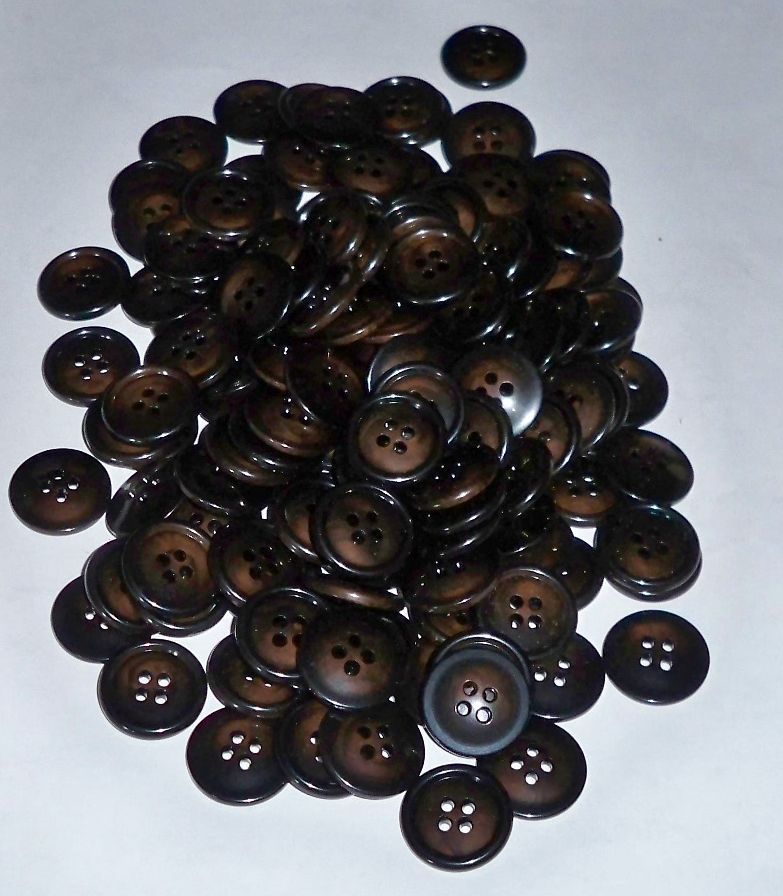 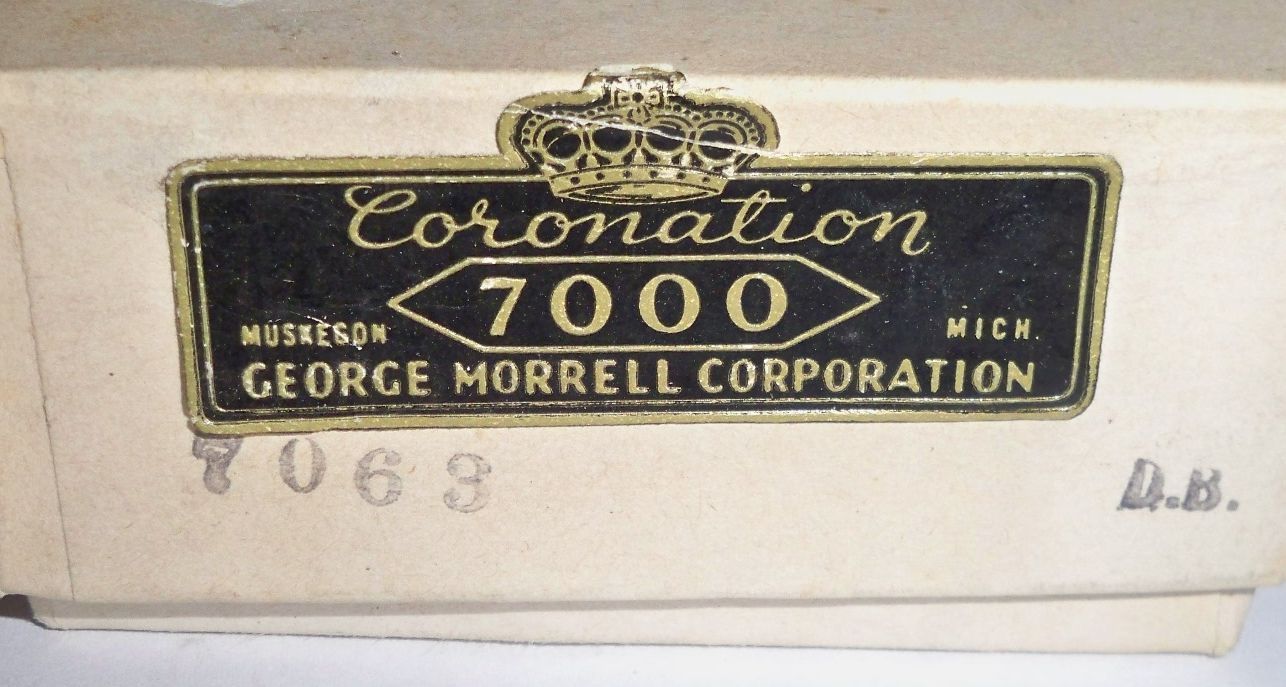 And now our reproduction.... 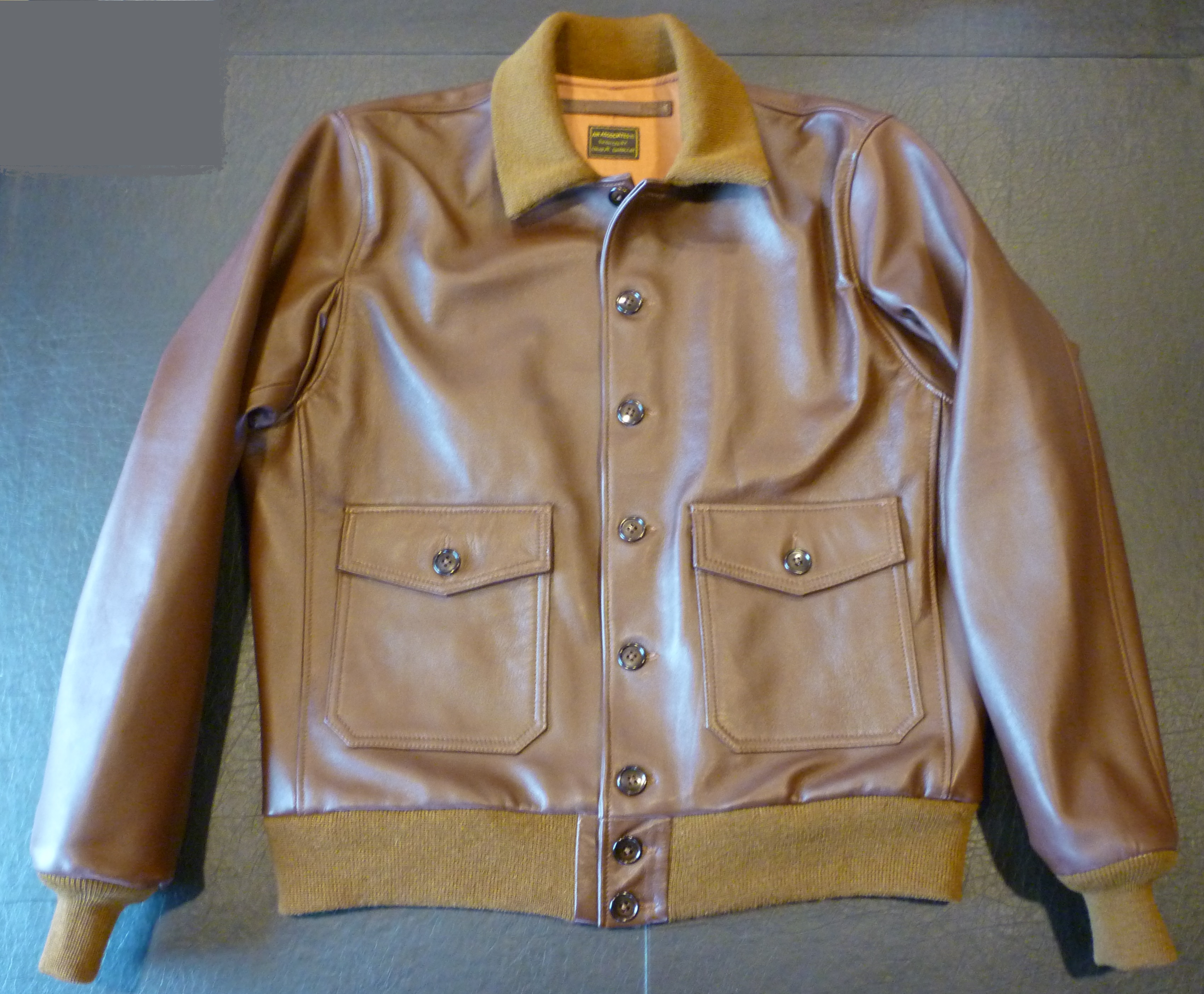 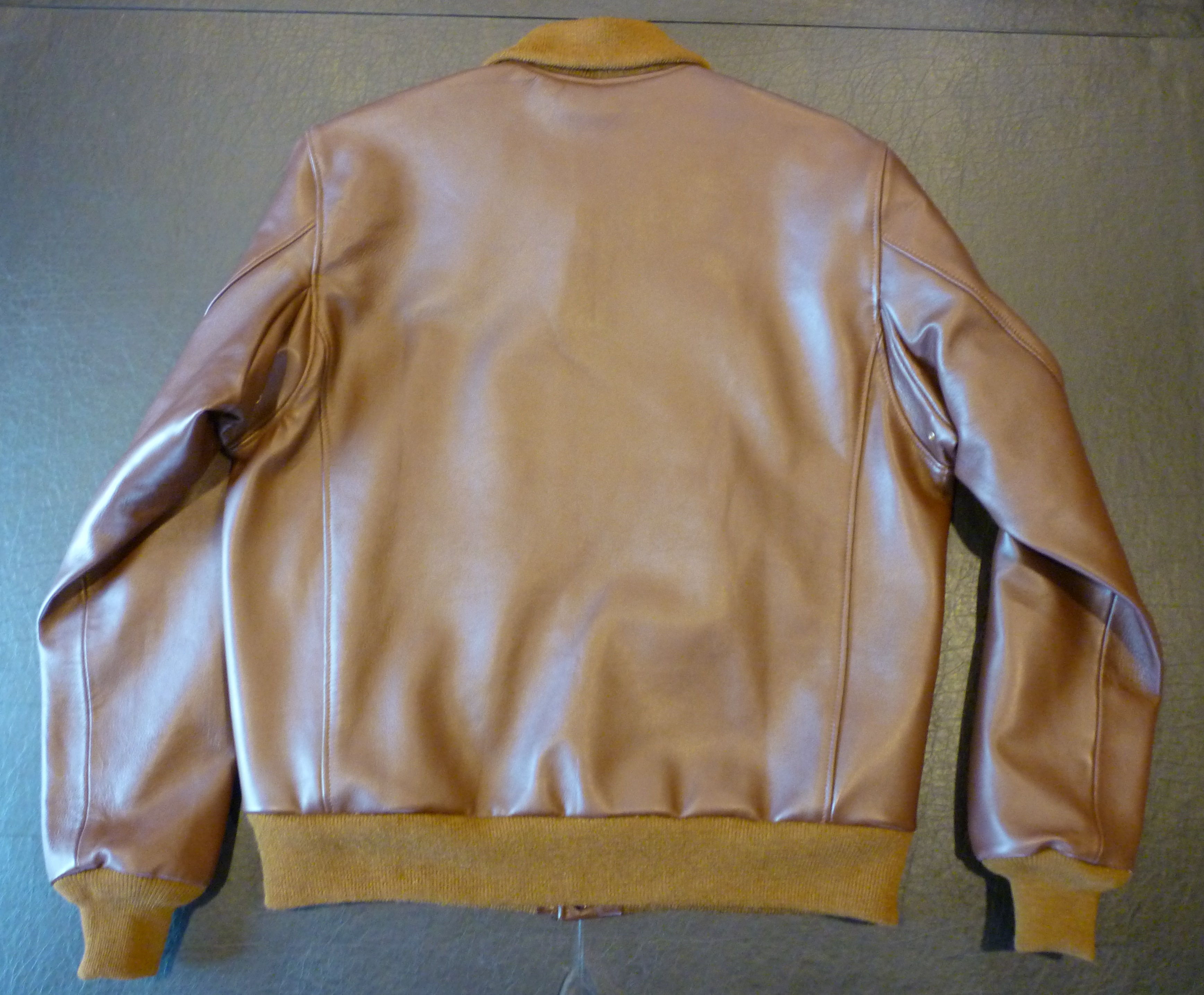 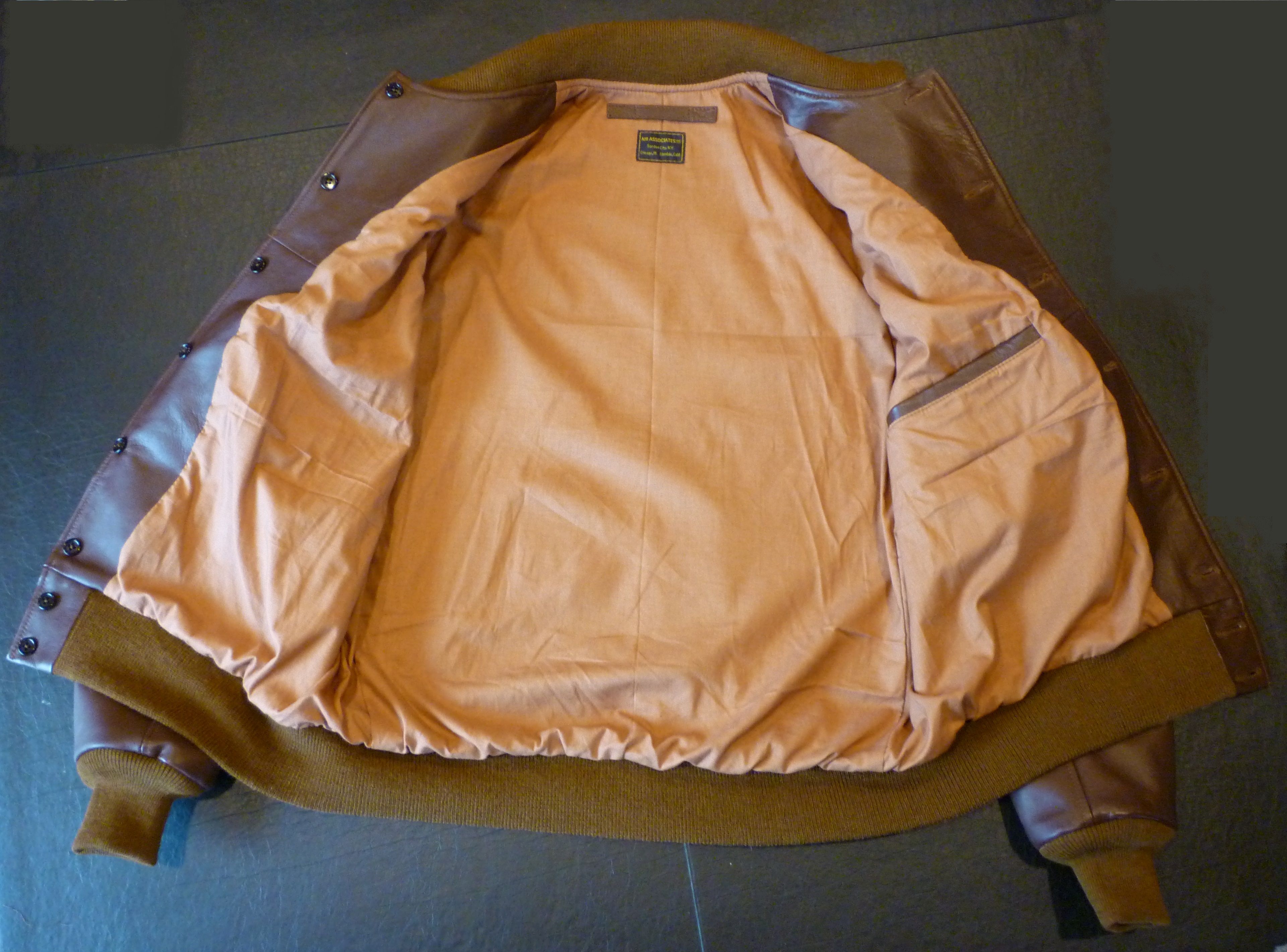 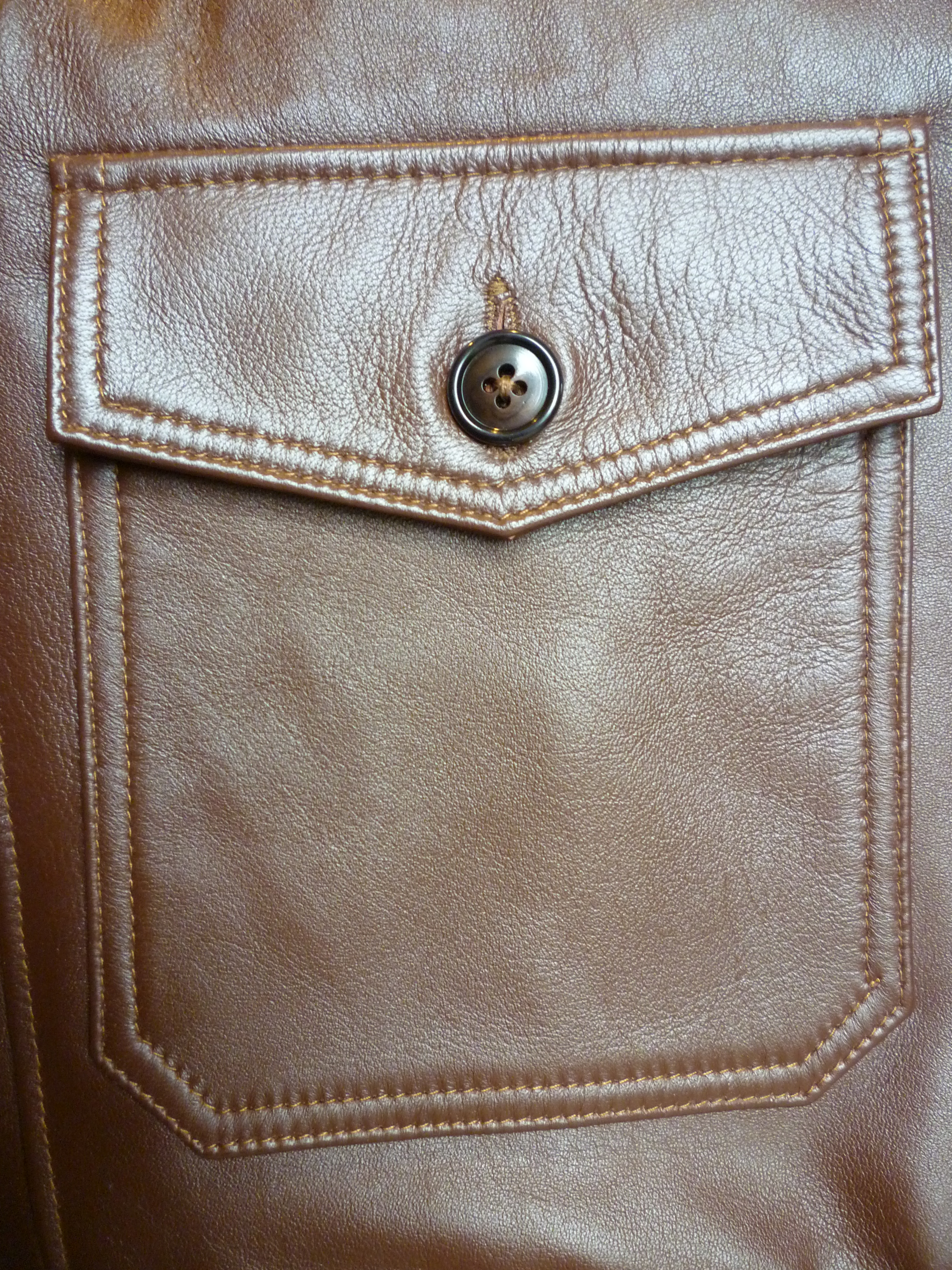 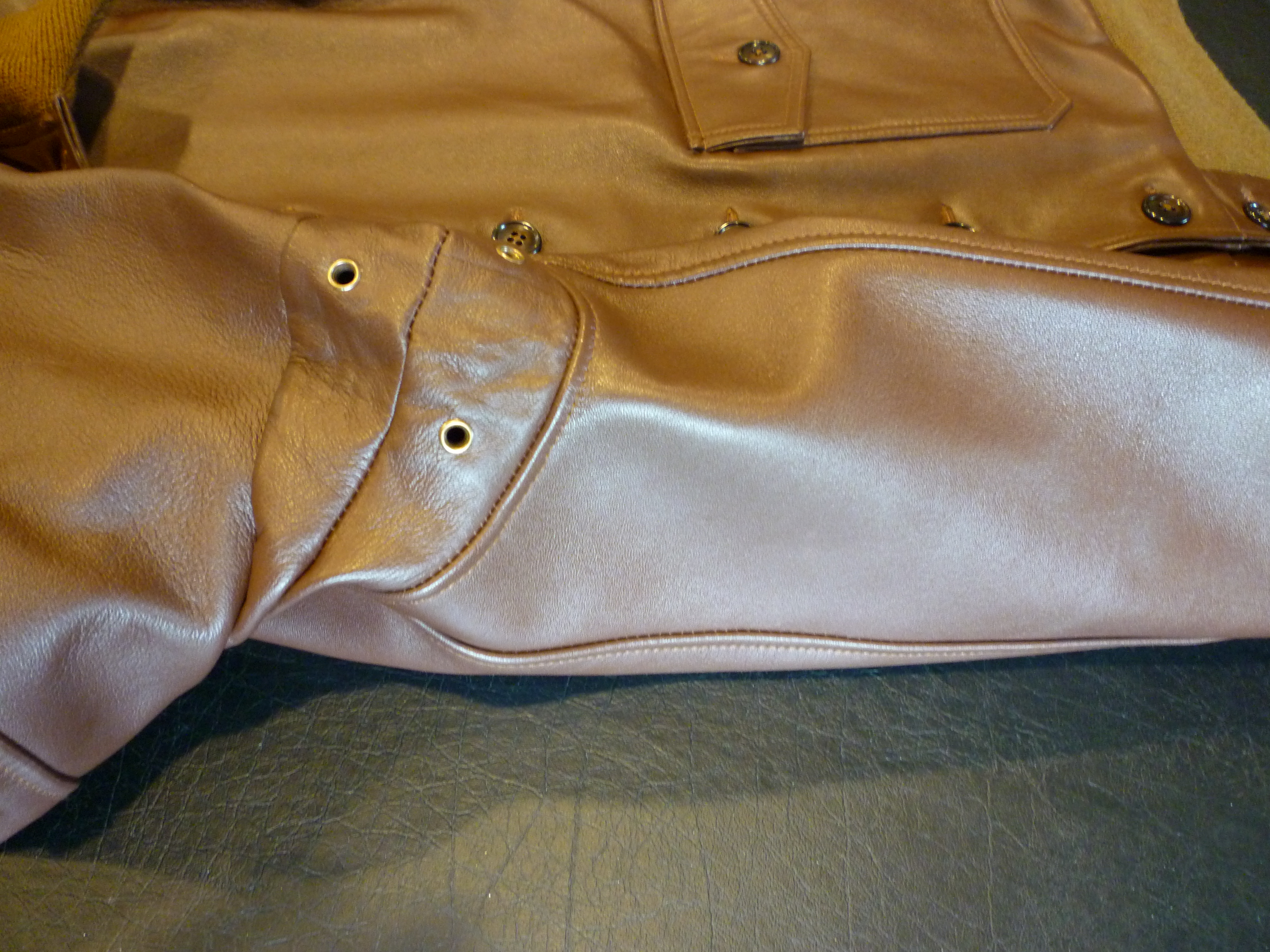 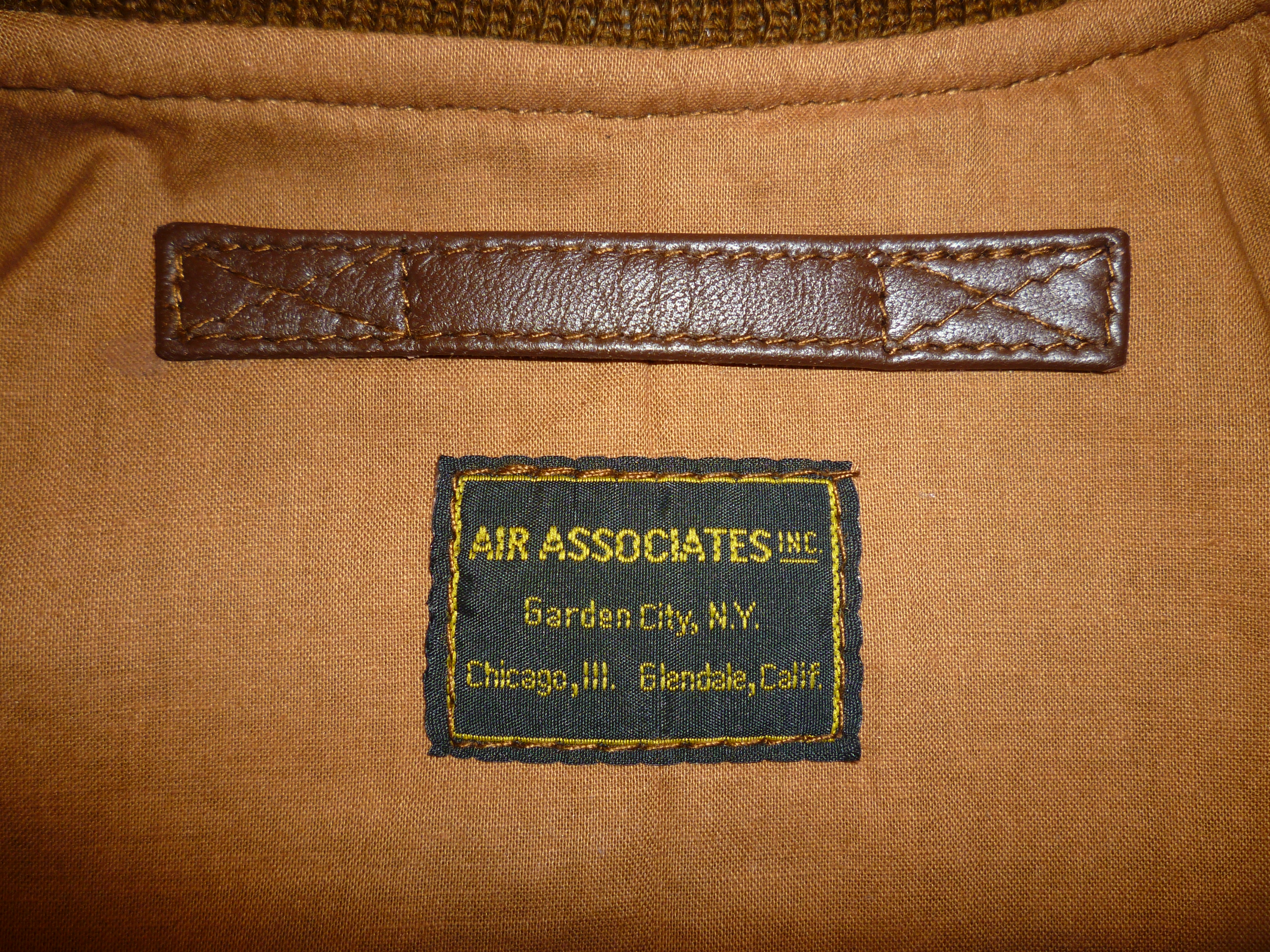 Very nice Jay, very fine grain too on that hide, is it lamb skin? Original looks like a capeskin as used on A1 and this design a 'tweaked' version of the same.

A fav film of mine as I spend most of the picture looking at Ernest Borgnine’s jacket.
Another member of the sub also wears one.

Jay. A good addition to the range. What leather has been used ?

I would prefer to see a more darker Capeskin colour more as pictured in the film though. And with that a darker knit colour.

What made you choose such a light colour material or is it just the photographs.
My Admiral A1 has that dark colour which I really love.

Thanks guys! Yes it is very similar to an A-1, but with the gusseted armpits and side seams, I don't think it was a attempt at an early reproduction of the A-1. Those features really complicate the otherwise simple pattern of the A-1. It would not make since to include them if making a reproduction of the A-1. The hide is our Russet Capeskin. It is chrome tanned, super soft, and tougher than the vegi tanned hides. It has quite a bit of variance in graining. Areas of smoother grain, and areas that are deeply grained.

Alan, this is the same hide used on your jacket. The photos must be making it look lighter. The color is a match to the movie jacket. They are just preliminary photos so I will be doing another photo shoot soon. The knits are just a bit lighter brown than our standard medium brown knits. Those would have been my first choice. The reason they were used is that the medium brown knits were out of stock at the time, and in instead of waiting a month for them to be made, we went with the slightly lighter brown knits.

Thanks guys! It was a very enjoyable research project for this one. Many "aha" moments.
-Jay

Thanks for that Alan! Here are some natural light photos. They show the colors more accurately: 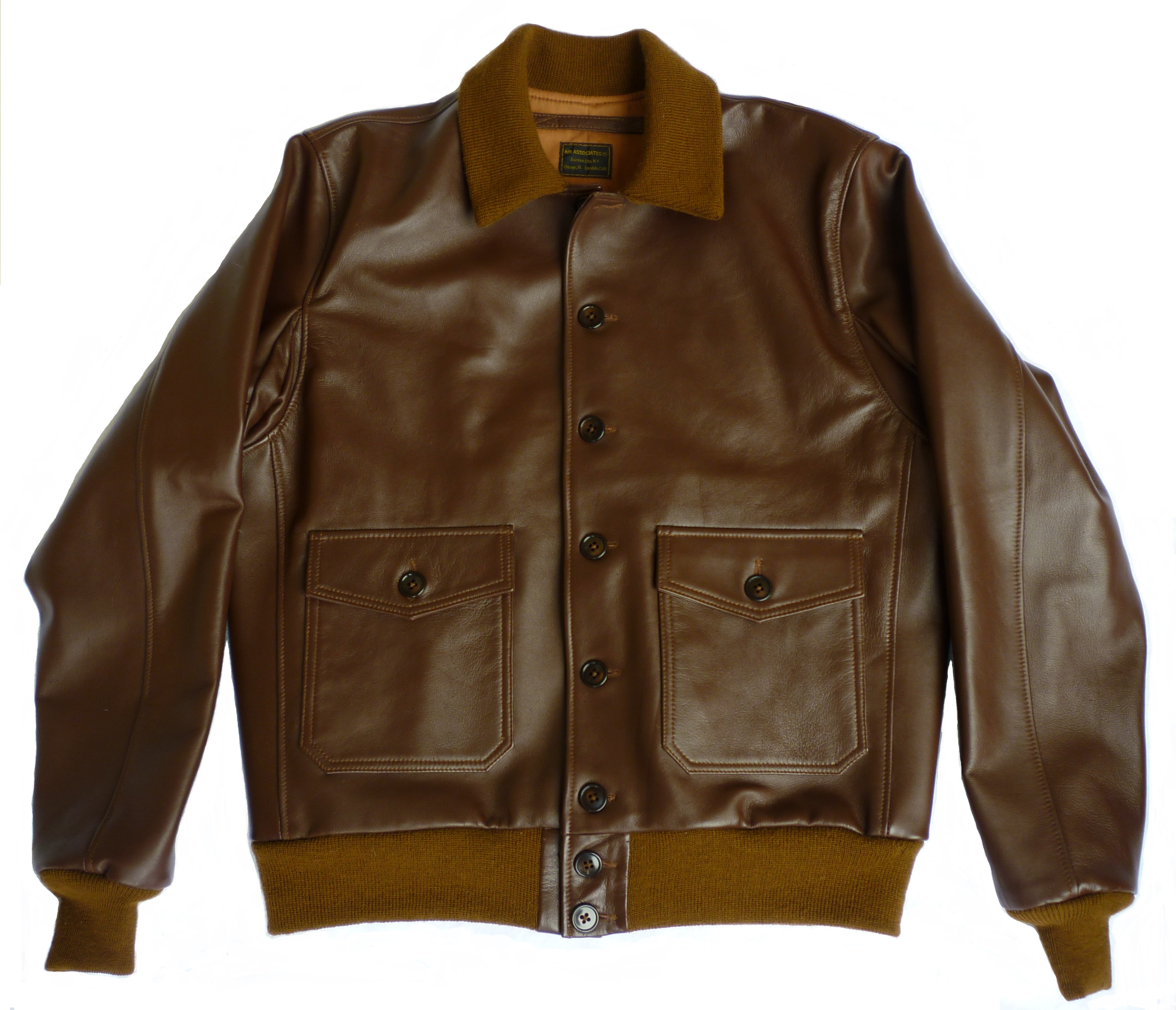 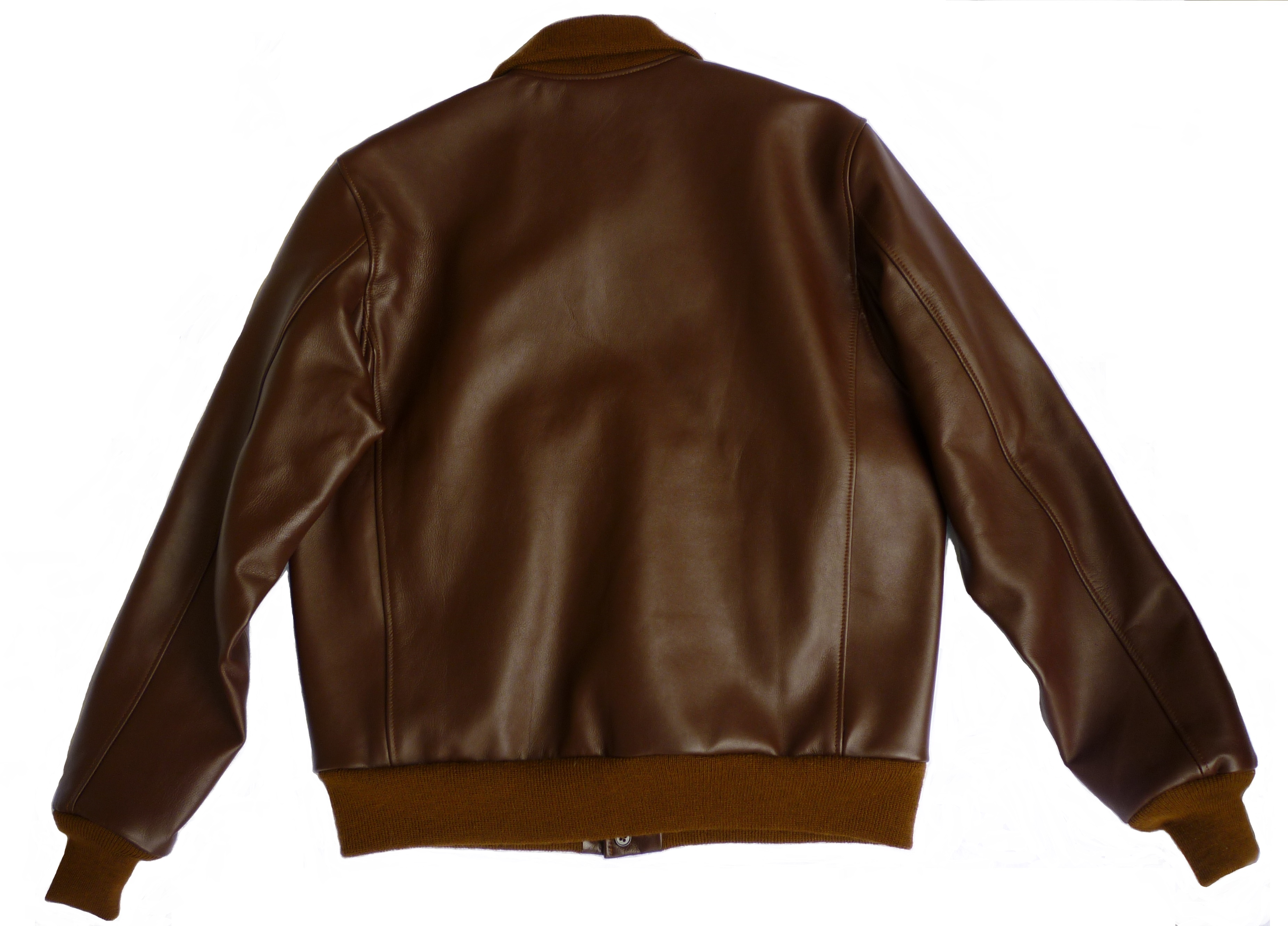