Hey everyone, thought you’d like to see my current patch jacket. We retired the CWU jackets a couple of years ago so I “lost” mine and paid for it. These are all patches from my current unit, ones I’ve been in, and ones I’ve worked with on deployment. Hope you enjoy! 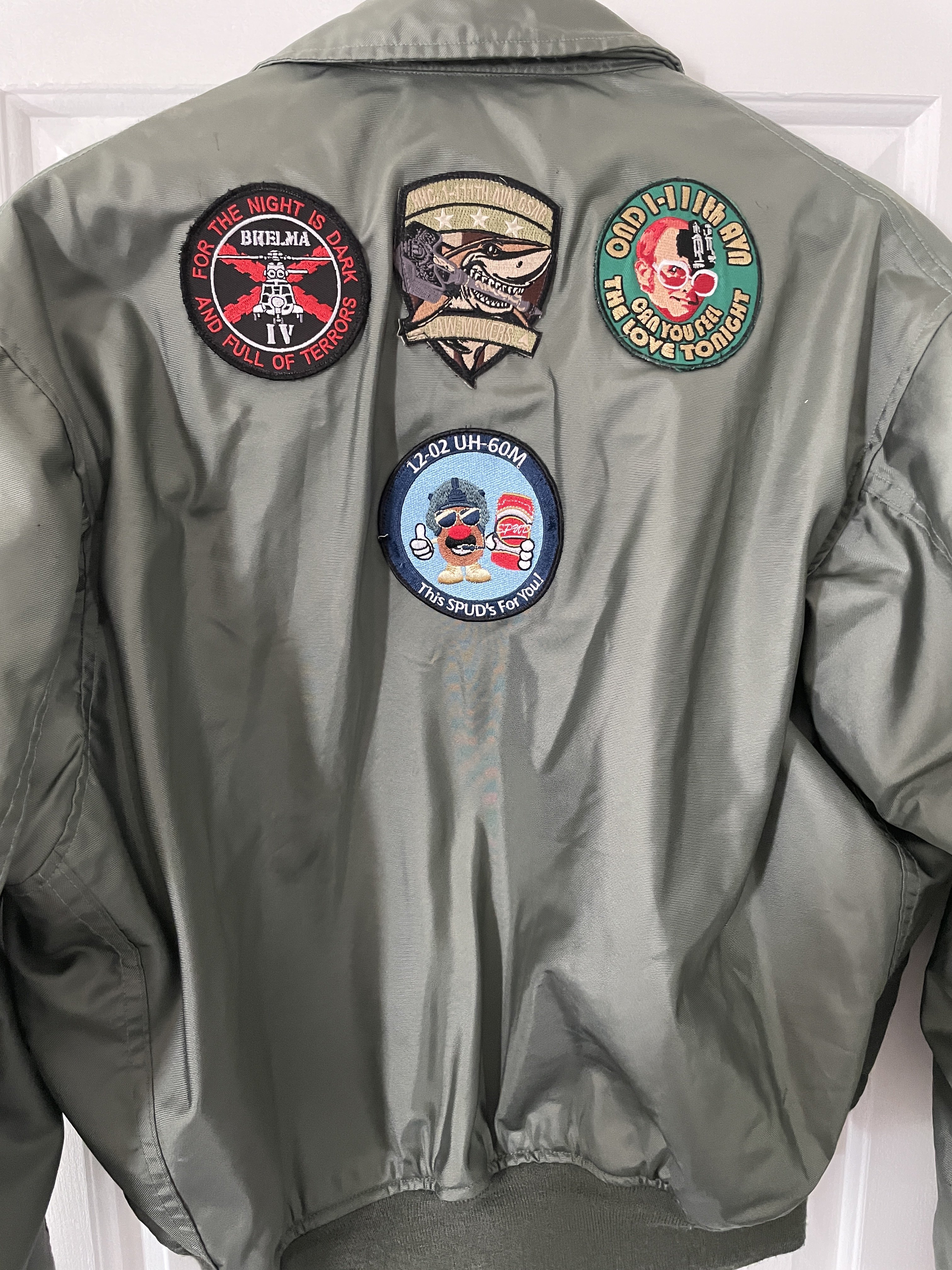 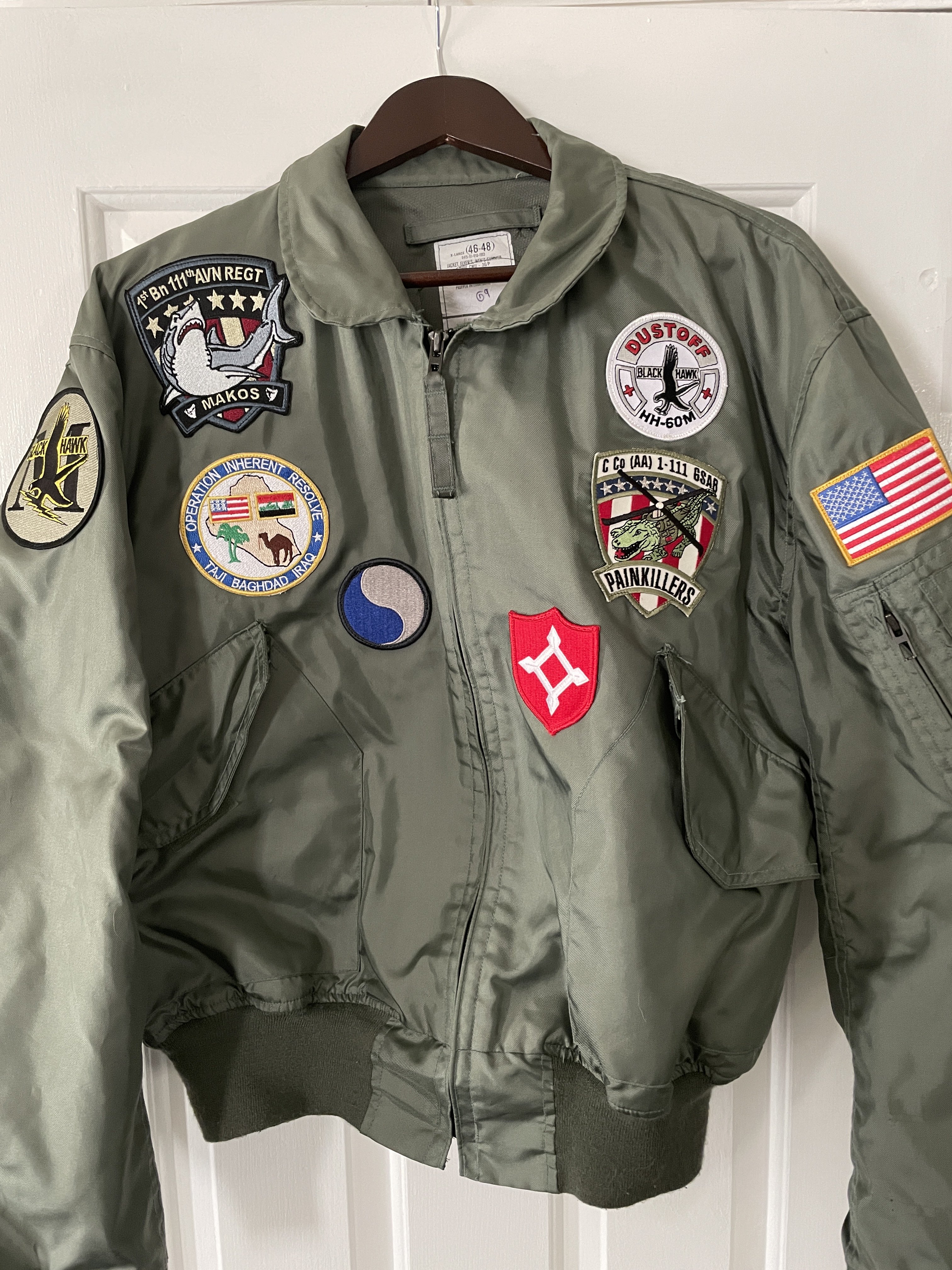 The bottom one on the back is the one I designed. I was class leader in flight school for our UH-60M course. The course class callsign was SPUD, so I decided to make a patch and sell it to the class. It sold out almost immediately to the class as well as the instructors.

If you notice, most of the patches are from the 1-111th AVN BN. Im in the Florida National Guard. We stay in the same BN and just move around between the units. Our battalion callsign is the Mako, so that's the BN patch. I was a MEDEVAC pilot in C Co, so that's the Painkillers one. And our HHC HQ unit was when I was on BN Staff and we were the Lawmakers.

The Elton John one with NVGs was for Operation New Dawn. The top left on the back was for working with a Spanish unit in Iraq.

The red one is the main patch for the Fl National Guard 83rd Troop Cmd who we fall under. Our combat patch is the 29th ID patch Blue/Grays.

Nice jacket!!! I was in a couple of OV-1D Mohawk units back between 1987-1991. My CWU Jacket wore out rather quickly, but I was lucky to be able to have my brother-in-law source me another one from his Navy unit before he retired.
Dom

My nick name in the old Commando days was 'Spud'.

And I look like Mr. Potato Head when the moustache is in place. Just ask Heisenberg. Oh wait... he is long gone for being an ass hat.

My nick name in the old Commando days was 'Spud'.

And I look like Mr. Potato Head when the moustache is in place. Just ask Heisenberg. Oh wait... he is long gone for being an ass hat.

Happy to see the unit employs the old 29th patch?
Click to expand...

When called to active duty orders such a going to the sandbox, we fall under the 29th.

I was in the MD Guard, but got out just before all the fun began. We might know a few of the same people. I know at least one who deployed with 1-111. [EDIT: I Stand corrected, different unit.]

We deployed with our F Company ATC out of MD Guard. This was in 16-17.

One day I will sew some of these on. They spent most of their lives on a helmet bag. 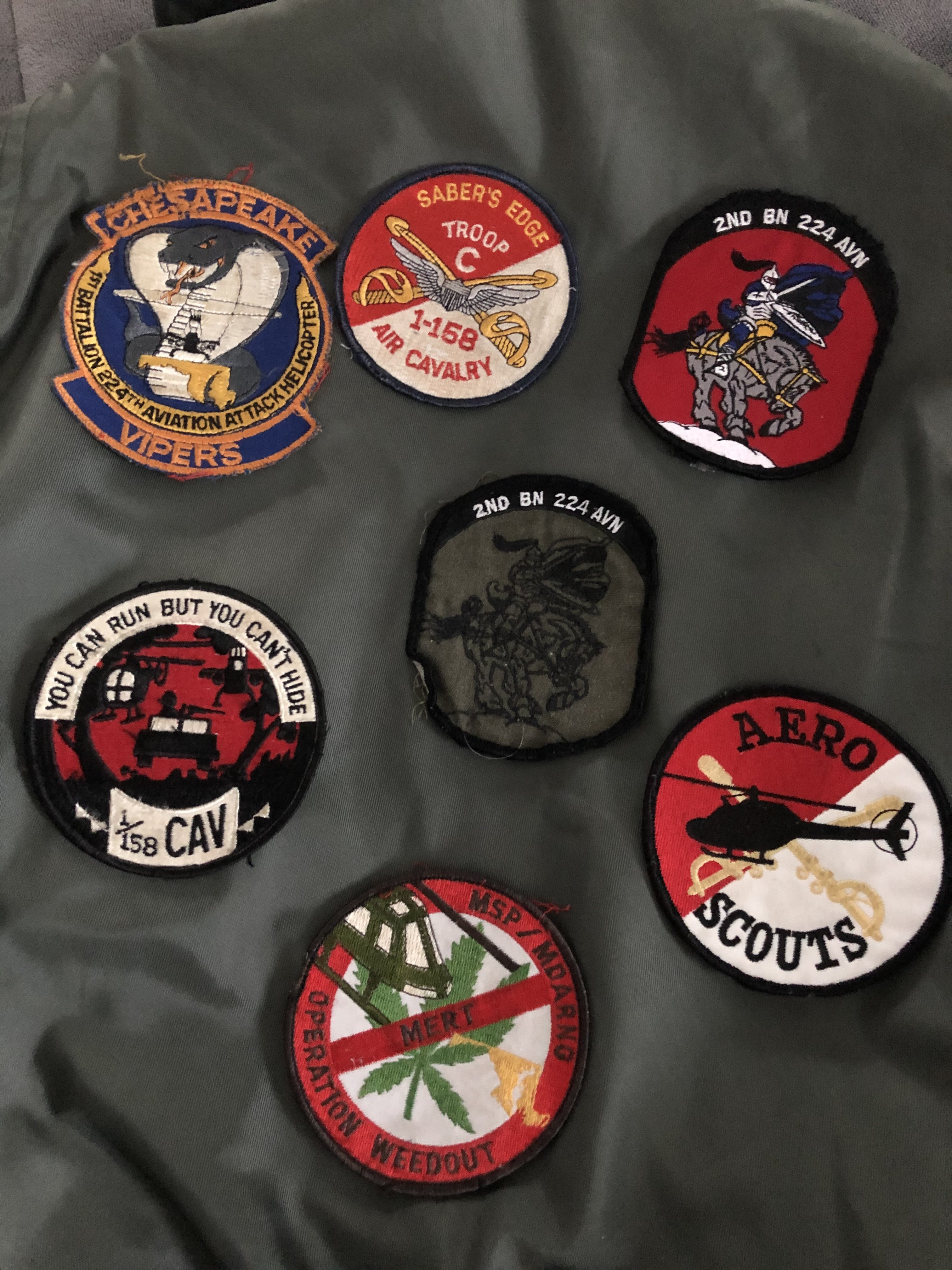