Hope you're Ok on this gloomy days...

Well, I am looking for information about a US soldier of the Second World War.

I acquired his jacket recently an Aero contract 42-18775- p with his patch name: J.W. LEE....no other indication on the jacket, patches or paint jacket job.

I would like to be able to trace his history and his service orders and possibly find his trace and get in touch with him if he is still alive and if he wants to share memories, photos, anecdotes with me... With us.
Did someone among you are familiar with this investigation/research? If so, I’d like a hand to move on and find that soldier.

Here is the information I have at the moment I think it could be about this man (Name, date of enlistment, and date of the jacket aero contract are quite matcing number), but I don’t know how to dig behind this first registration.

Besides, English isn’t my natural language, so it turns out to be even more complicated.


Thx a lot! hope we will find him!

If the J.W. Lee in the enlistment record is the correct match, then he was discharged from the military 17 October 1945 and died 31 January 2000. I don't have proof yet, but "JW" seems to have been his full first name, and his mother seems to have been at least part Cherokee.

Also, is there any size marked on the jacket? If he's the same JW Lee, this one seems to have been quite a skinny guy, at least post-discharge (5'8" and 125 lbs. on the draft registration card he filled out after discharge)

Tom, @Nnatalie's the best person you could have doing this kind of detective work. And I'm not just saying that because I'm married to her.

Nice to hear you guys!
Thx Nathalie for those precisons...
Well yes that is a Small/medium A2 Aero size 40 ...Approx. 17 3/4 soulders.
....may I ask you, what details in the Army Enlistment Records push you on the Cherokee way?
in the registration there is a "Race" section....LEE was categorised White.....probably more white blood than Native.


I am sad, if that's him, that he passed the way. But if you get more information, i could maybe contact his familly if they want to share some memories with us.

Do you know were he was send/ north africa, Italie, france, england, pacific.....
Does he was pilote or other affectation in the Air Corps...I heard that native american works hard to deliver secret message with navajo code at this period.

The Navajo Code Talkers developed an unbreakable code during World War 2. Here are some important facts to know about the Code Talkers.
eu.azcentral.com

There was nothing in the army enlistment records themselves that suggested that he was part Cherokee, but I found a "JW Lee" from Oklahoma, born in the correct year, who enlisted on the same date in a Department of Veterans Affairs Death File (this and everything else was on ancestry.com, which requires a paid subscription, but it may be on other sites as well). That gave me the birth, death, and discharge dates, and his social security number. That info lead to another record, which had his parents' names (including his mother's maiden name). With his mother's name, his birthdate, and his location, I found a census record that was most likely him, though they did list him as white. I searched his mother's maiden name, along with her birthdate, and someone with the same name, about the same age, and in a similar area of Oklahoma came up on some Cherokee tribal membership lists.

Unfortunately I haven't had any luck with his service yet, or whether he is in fact the correct JW. He could be the correct guy, but some someone else with those initials might also have just not wanted to put their full name on their jacket for whatever reason.

So the easiest case is that "JW" had been his full first name, in this case we have our man because there is only one guy over 9,039,840 World War II Army Enlistment Records .

If "J.W." are just The initials what could it be?

on the other hand, if we enter J. W. (with the points punctuation) LEE in the database, there are 4 other soldiers but just one (the first on this list was affected in the AIR CORPS):


In summary, if my reasoning is not flawed, there are only two possible soldiers left who were assigned to AIR CORPS, our "cherokee" JW LEE and the second, LEE J.W. .
If the second is still alive and if we can contact him, we could by elimination know.deduct which of the 2 is our man. 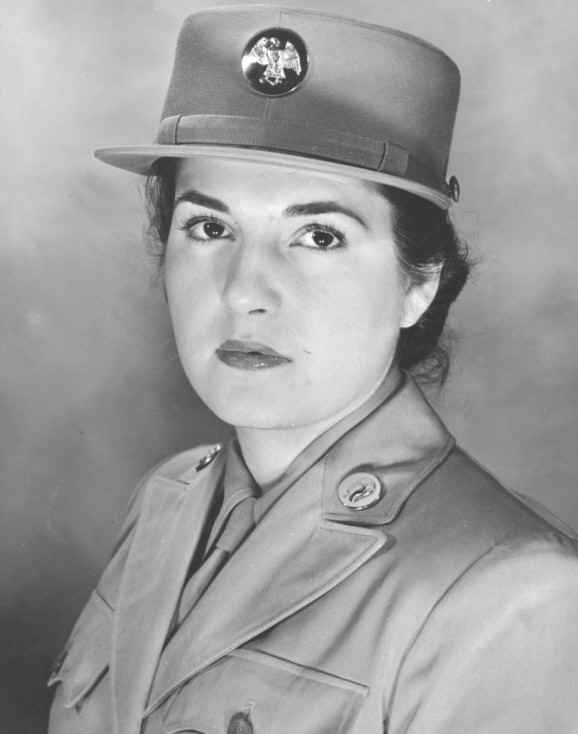 I think he's definitely the most likely candidate. There are a few things I'd be wary of though. One, Americans have lots of weird names and last names as first names (he could be something like John William, but he could also be something like Jedidiah Wampler Lee). And two, some records were too damaged to be put in the database or were entered incorrectly, since they were digitized from old microfilmed punch cards (there's some more info here: https://aad.archives.gov/aad/content/aad_docs/rg64_army_serial_faq.pdf). For example, I know that one of my grandpas was in the army (photos, discharge noted on his draft card, etc.), but I can't find him in the enlistment records. And there are a suspicious number of people with male names listed as being in the Women's Army Corp.

This is a fun and intriguing project though, and I hope we can eventually figure out more!

I want to emphasize this part. When Natalie says J.W. could stand for something weird and random, that's not just playing devil's advocate. Through a combination of successive waves of immigration from different countries, and people just being quirky, there are a TON of odd names in the States. The fact that he abbreviated his name down to J.W. doesn't mean his real name was common - more likely it just means he liked the sound of J.W.

Of course, that makes sense! I go on my side to go through all the LEE that are in the database with names, even improbable, starting with J and w. then, indeed, if the registers are very incomplete, it seems difficult to go further.
haha! hope brings life
Thanks to both of you!
Keep in touch!

"Only 4.7% error in the names registered in the database" says the document you attached Nathalie.

It gives us hope, especially when we know that we only know 5% of the composition of the universe))

Lee is such a common name that it will be hard to pinpoint the correct one. Also against you is that you have no context.

A few months ago I went digging for the airman in your avatar and found a bunch of info, but I had his name and where he was posted. His name was less common, so he was a little easier to find. Your guy is going to be difficult to find with any certainty. At least his name isn’t Miller or a Johnson.

Ed Rooney said:
Lee is such a common name that it will be hard to pinpoint the correct one. Also against you is that you have no context.

A few months ago I went digging for the airman in your avatar and found a bunch of info, but I had his name and where he was posted. His name was less common, so he was a little easier to find. Your guy is going to be difficult to find with any certainty. At least his name isn’t Miller or a Johnson.
Click to expand...