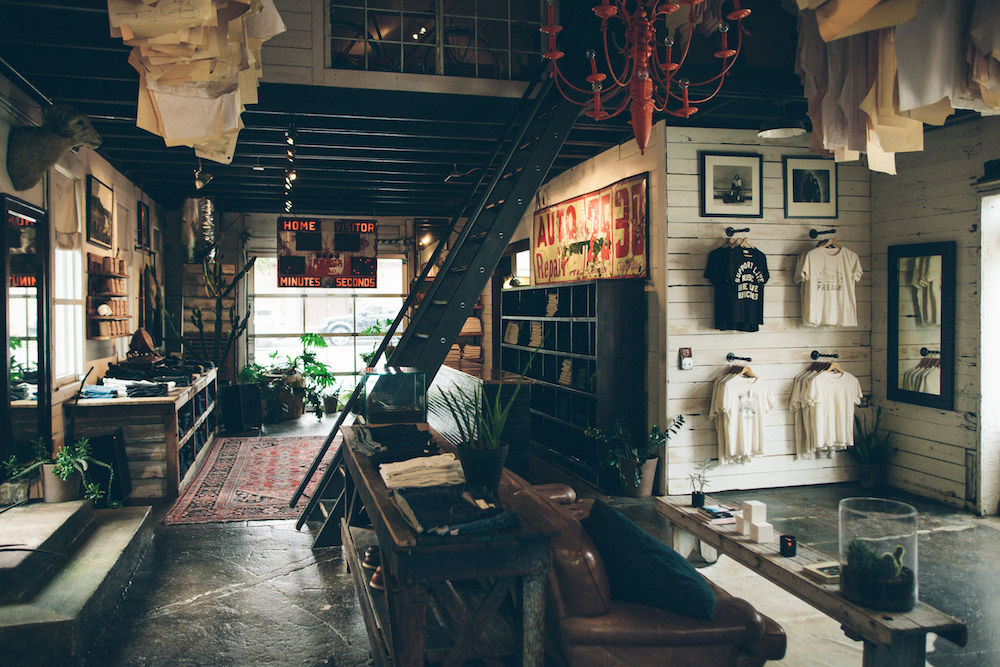 Vidalia Mills found its first customer in a fellow Southern company.
The Louisiana mill announced Tuesday that Imogene + Willie will use denim made with the 45 antique Draper X3 selvedge denim looms it acquired last year from JW Demolition. The looms originated from the Cone Denim’s White Oak Mill in Greensboro, N.C., which shuttered at the end of 2017.
Vidalia Mills CEO Dan Feibus described the mill’s relationship with Imogene + Willie as “more than just a supplier and customer” relationship. “As a premier maker and retailer of premium denim jeans and other apparel, Imogene + Willie is well positioned to maximize the inherent qualities of the denim produced from our Draper looms,” he said.
The Southern heritage story is tailor made for Imogene + Willie. The Nashville, Tenn.-based men’s and women’s denim brand offers “Made in USA” denim with a strong nod to traditional and enduring styles. Imogene + Willie co-founders Carrie and Matt Eddmenson made the 2019 Rivet 50 list for their unique take on retail and southern hospitality. The brand’s flagship, a renovated 1950s service station, maintains a vintage aesthetic and has a backyard space where it hosts local events.
With production underway at Vidalia Mills, the denim brand has hopes that more brands will follow and help reignite domestic denim production.
“Vidalia’s decision and commitment to bring premium denim manufacturing back to the United States is [an] historic event, one that aligns directly with our core values,” K.P. McNeill, Imogene + Willie CEO, said. “As we have watched more and more companies move overseas to make their clothes cheaper and faster, we have remained steadfast and stubbornly committed to making all of our goods here in America.”
Housed in a former Fruit of the Loom distribution center, Vidalia Mills announced its intention to bring back U.S. denim in July 2018. During a press event in September, Feibus laid out the game plan for the mill that includes open-end yarn spinning, selvedge denim production, ring-spun yarn and a foam dye system.
To produce its denim, Vidalia uses only 100 percent certified sustainable E3 cotton from farm-direct sourcing that is traceable back to the field. It also has a strategic relationship with Lubrizol Corp. to work closely to maximize the performance and eco-friendly attributes of Lubrizol’s X4zol-J elastomeric fiber in Vidalia’s production of denim fabrics.