Hi all
Ive owned my Dubow original for some years now and tried numerous times to unravel if I can, any info on its original owner/wearer!
Every time I've tried I seem to hit a brick wall so wonder if any of you in the US can help/point me in the right direction please?
As you can see from the pic the stamped name in the lining is Frank L Scott with # 0.900392. Of course this could have one of several owners but the nearest I got was a name out of Vermont Washington but cant find any more info or indeed now, from where I located that!! It’s a ‘42 contract 27798 Dubow.
Any help would be much appreciated - internet searches continually send me in the direction if the famed Flying Tiger, Robert Scott!!! 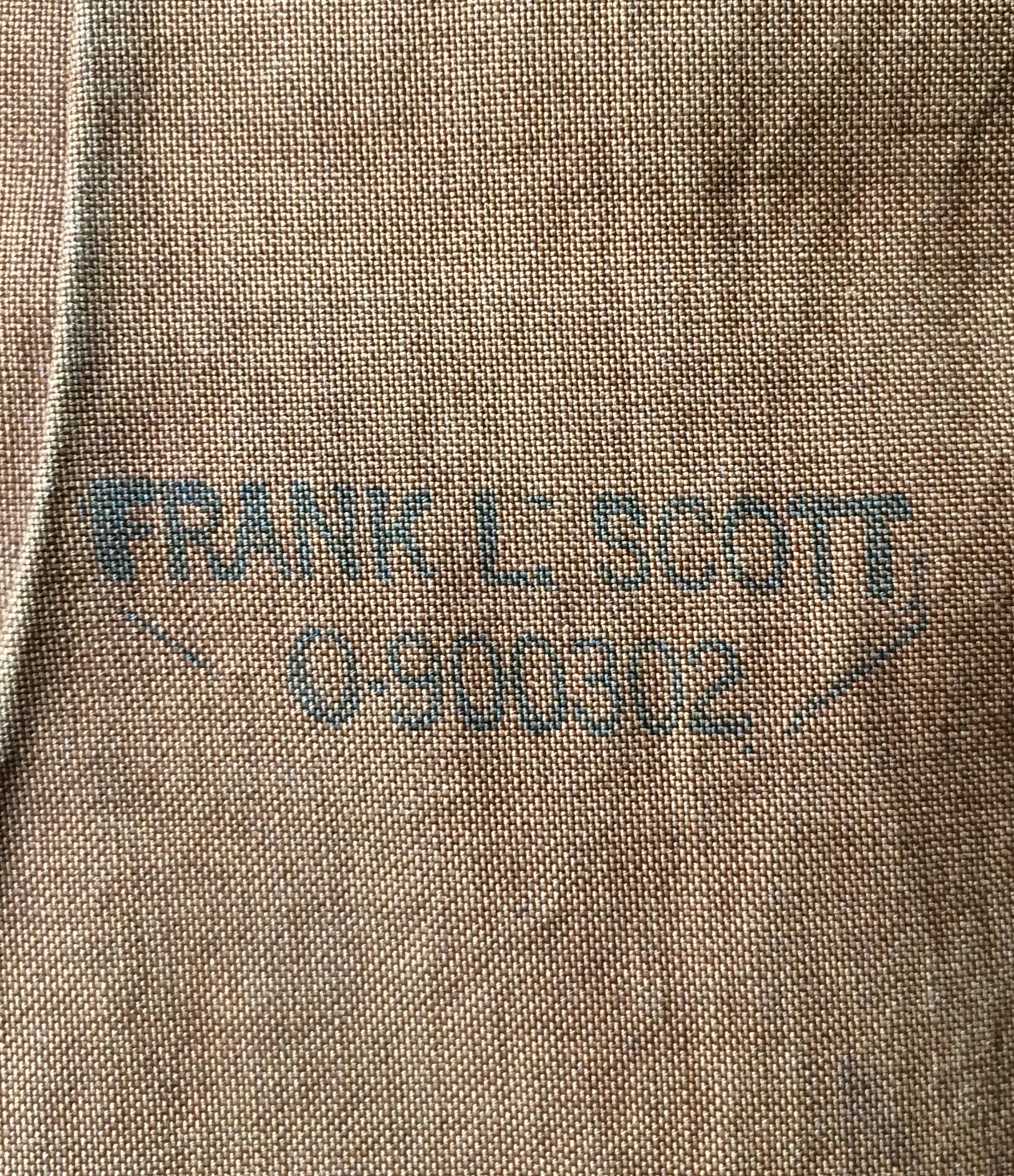 Oops keyed in wrong number in my request but it is as pic of course! Doh!!
S

Trying to get info on the wwll guys just gets harder and harder as the years go by. A brick wall is the norm nowadays. Try Nara (national archives) for rudimentary info.

I’m very sorry I’m of no use here.
Hopefully some of the more knowledgeable chaps on here could chime in.

There was a Captain Frank L. Scott flying out of Maxwell Field in Alabama in a training capacity in 1943 and 1944.

The 0- prefix of the serial number stencilled in your jacket is for an officer so that might be a match. Maxwell Field still operates as Maxwell Air Force Base in which case it might be worth sending an email to the base historian for confirmation.

Wow thanks Smithy - sounds quite credible, I’ll give it a try! Cheers

johnwayne said:
Wow thanks Smithy - sounds quite credible, I’ll give it a try! Cheers
Click to expand...

I can't promise it's the same chap but there's a very reasonable chance it could be. There can't have been too many officer grade Frank L. Scotts in USAAC/USAAF service.

A search of the US national archives with that service number shows nothing, it does not mean it never existed just that it may not be digitised, many records where destroyed by a fire in 1973.
I would contact the National Personnel Records Center tell them what you have and see what records you can apply for, many others will also exist that may have the name and no. decorations, promotions, medical, POW, casualties, VA benefits etc.

The National Personnel Records Center, Military Personnel Records (NPRC-MPR) is the repository of millions of military personnel, health, and medical records of discharged and deceased veterans of all services during the 20th century. (Records prior to WWI are in Washington, DC.) NPRC (MPR) also...

Already tried emailing Maxwell AFB via their website but for reasons unknown it wouldnt go through (something to do with Capcha) so need to pursue it further but appreciate your help guys, thank you very much.

I started a thread for you here and it might get some feedback.

Thanks so much Dino, initially it doesn’t allow me access although I have emailed the administrators so we’ll see what transpires!
Cheers
Wayne

johnwayne said:
Thanks so much Dino, initially it doesn’t allow me access although I have emailed the administrators so we’ll see what transpires!
Cheers
Wayne
Click to expand...

Some great jackets and flight gear there, you should get access soon.
I can post anything for you if there are problems.

A possible candidate was posted there, if you find any names and you want do further research this tells you everything you need to know.
Go to this website and click on the RESEARCH A VETERAN GUIDE request guide tab, you should get it straight away.

Use these tools to locate someone who fought in WWII.

Hi Dino, sorry for the belated reply but many thanks indeed for your help, really is appreciated. So far no response from earlier searches but time allowing I’ll give this a shot, sent my request, sounds promising!
Kind regards
Wayne

Did you try again to contact Maxwell AFB? They'll be able to confirm whether the serial number in your jacket matches that of the Frank L. Scott who served there in '43 and '44.

Hi Smithy
Yes thanks, I have emailed them although no response to date but I do aim to pursue that route as its sounds very plausible he’s my man! Thanks again
Cheers
Wayne

johnwayne said:
Hi Smithy
Yes thanks, I have emailed them although no response to date but I do aim to pursue that route as its sounds very plausible he’s my man! Thanks again
Cheers
Wayne
Click to expand...

I've been in contact with a couple of base historians around the US when I was researching guys from wartime and they were really helpful, even to the point of sending photos from the usual PR things that bases did back in those days to send things to the airman's local home newspaper.

Well worth trying that avenue and seeing what pops up.

Let me/us know how you get on if you do as it'd be great to put a face and a service history to a jacket.

Cheers and keep us posted,