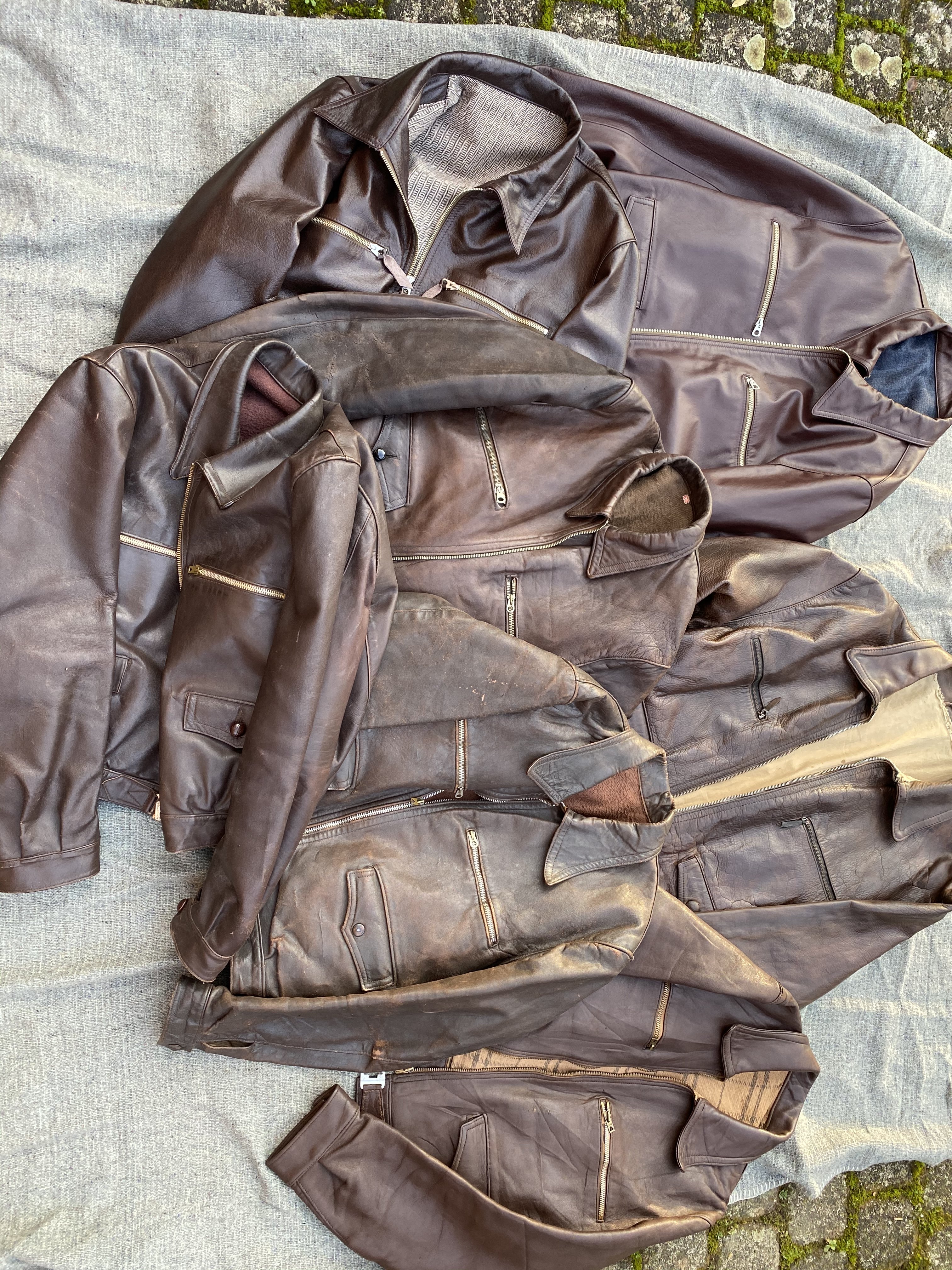 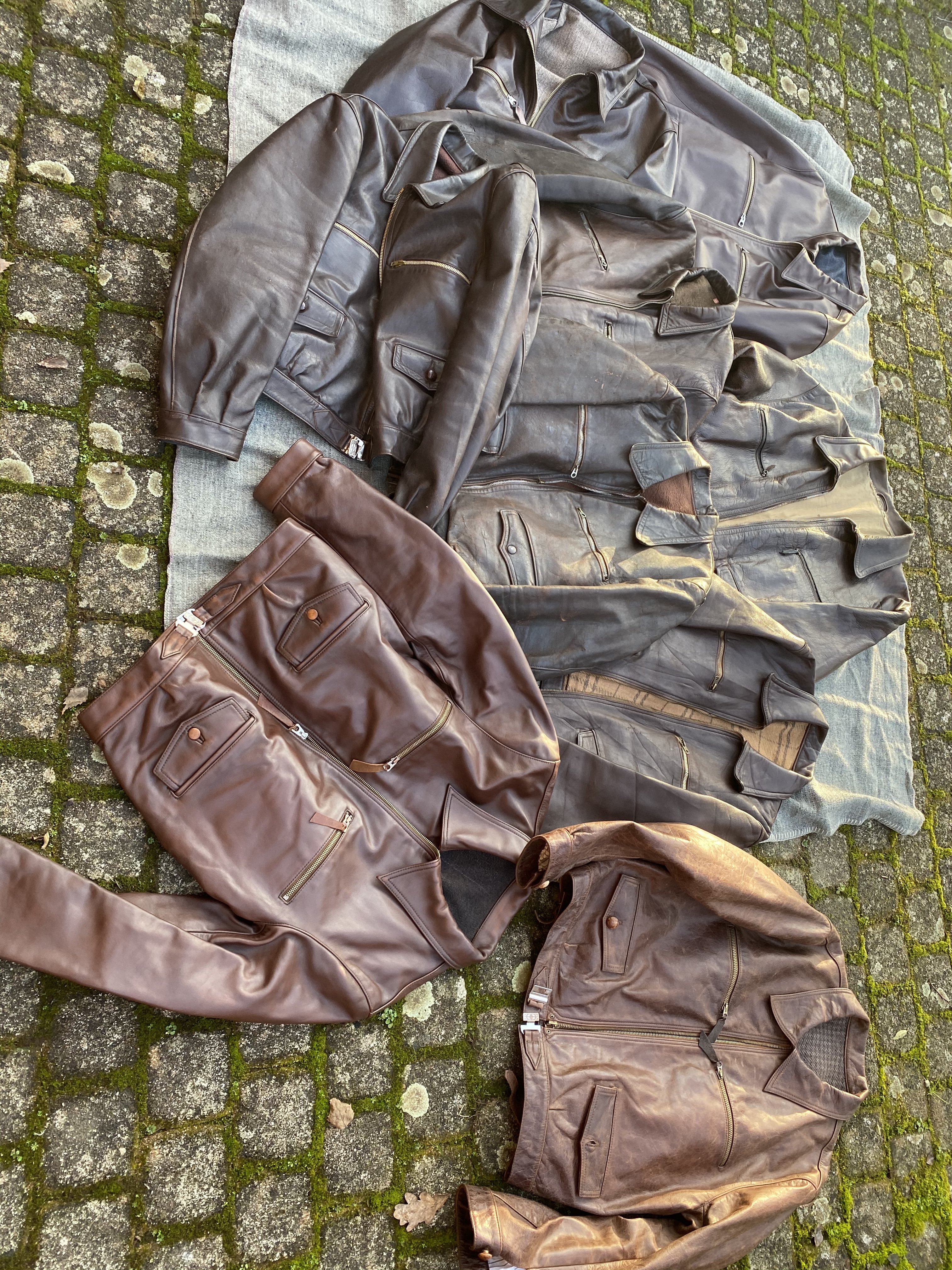 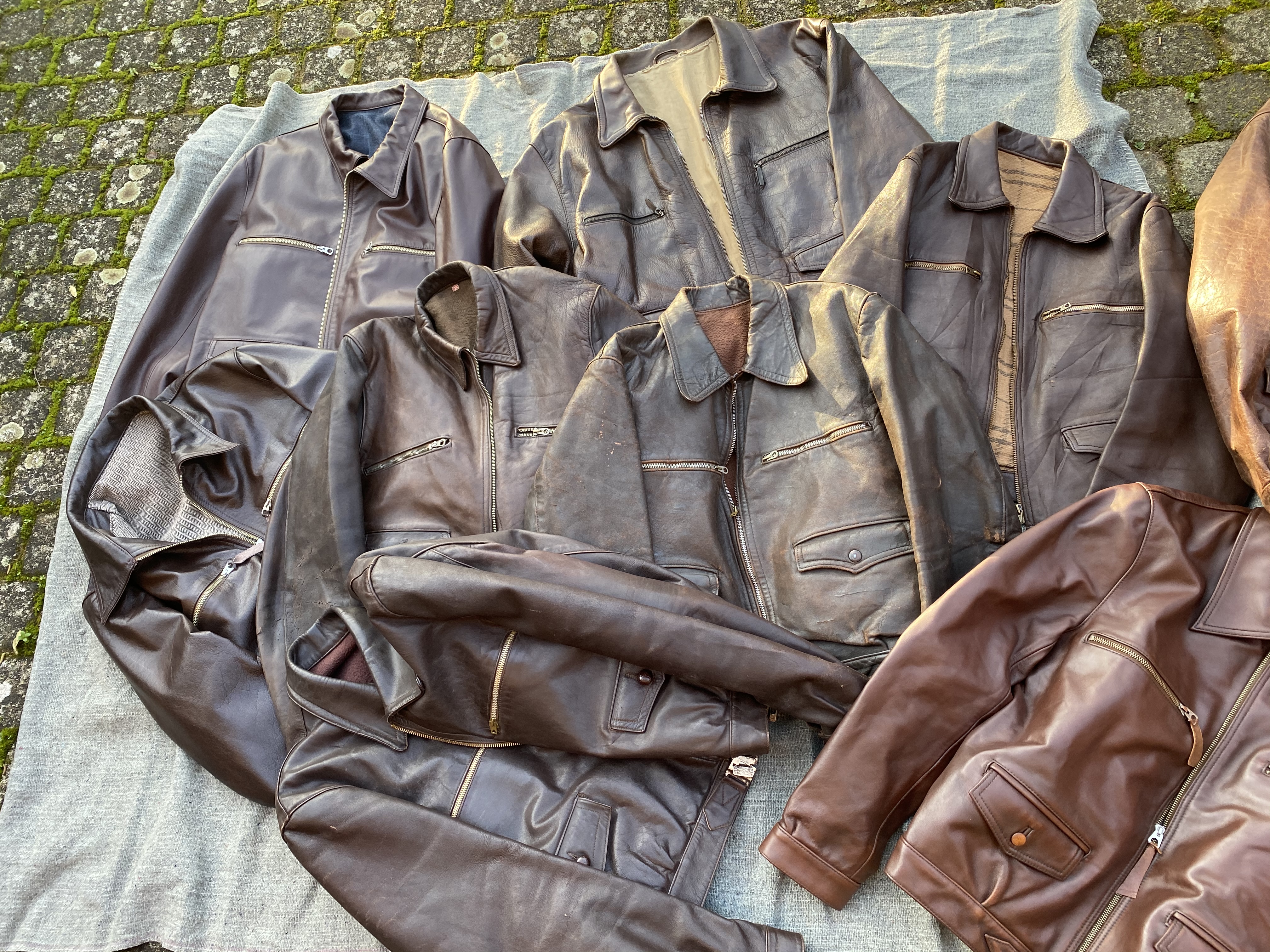 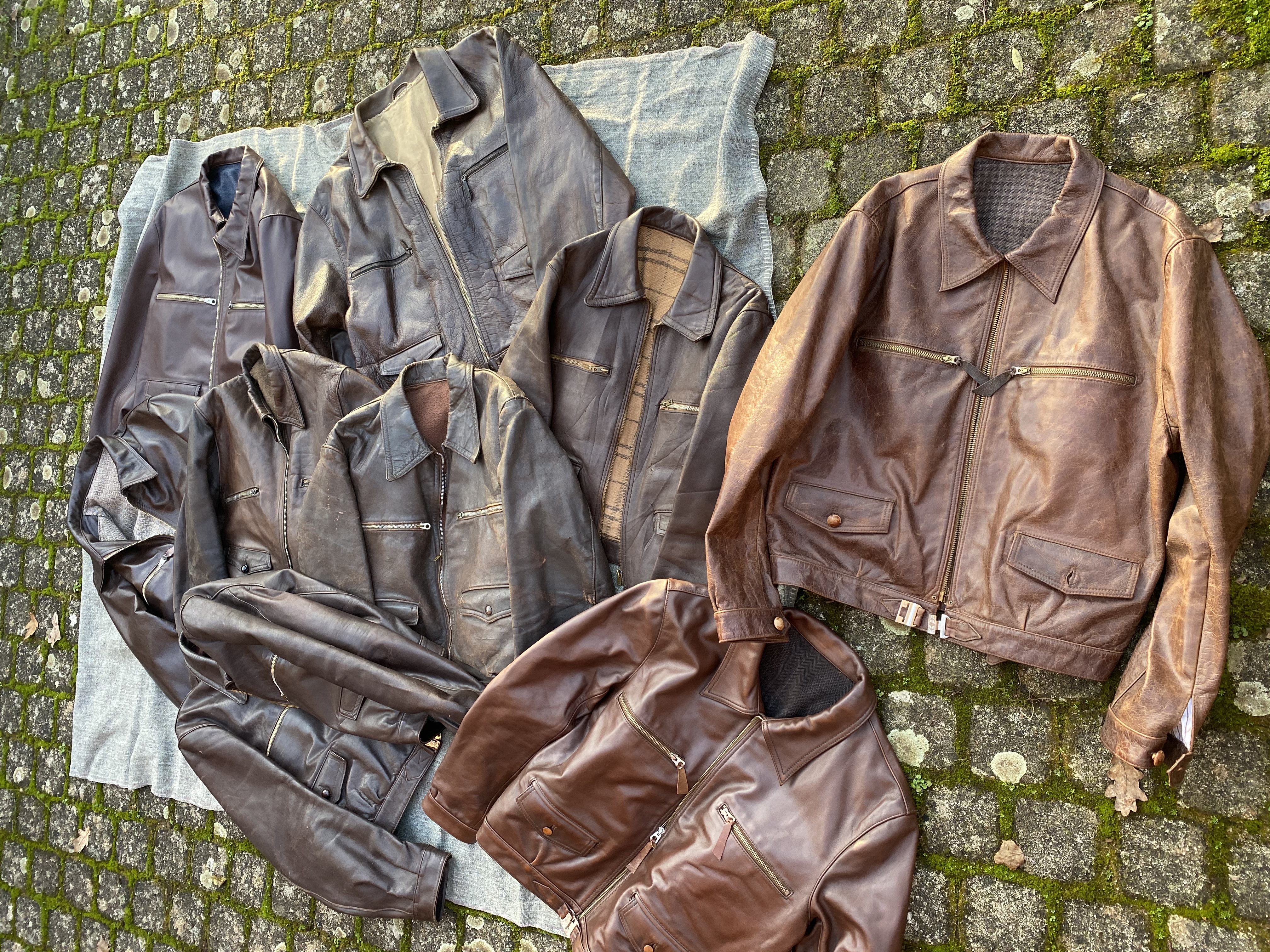 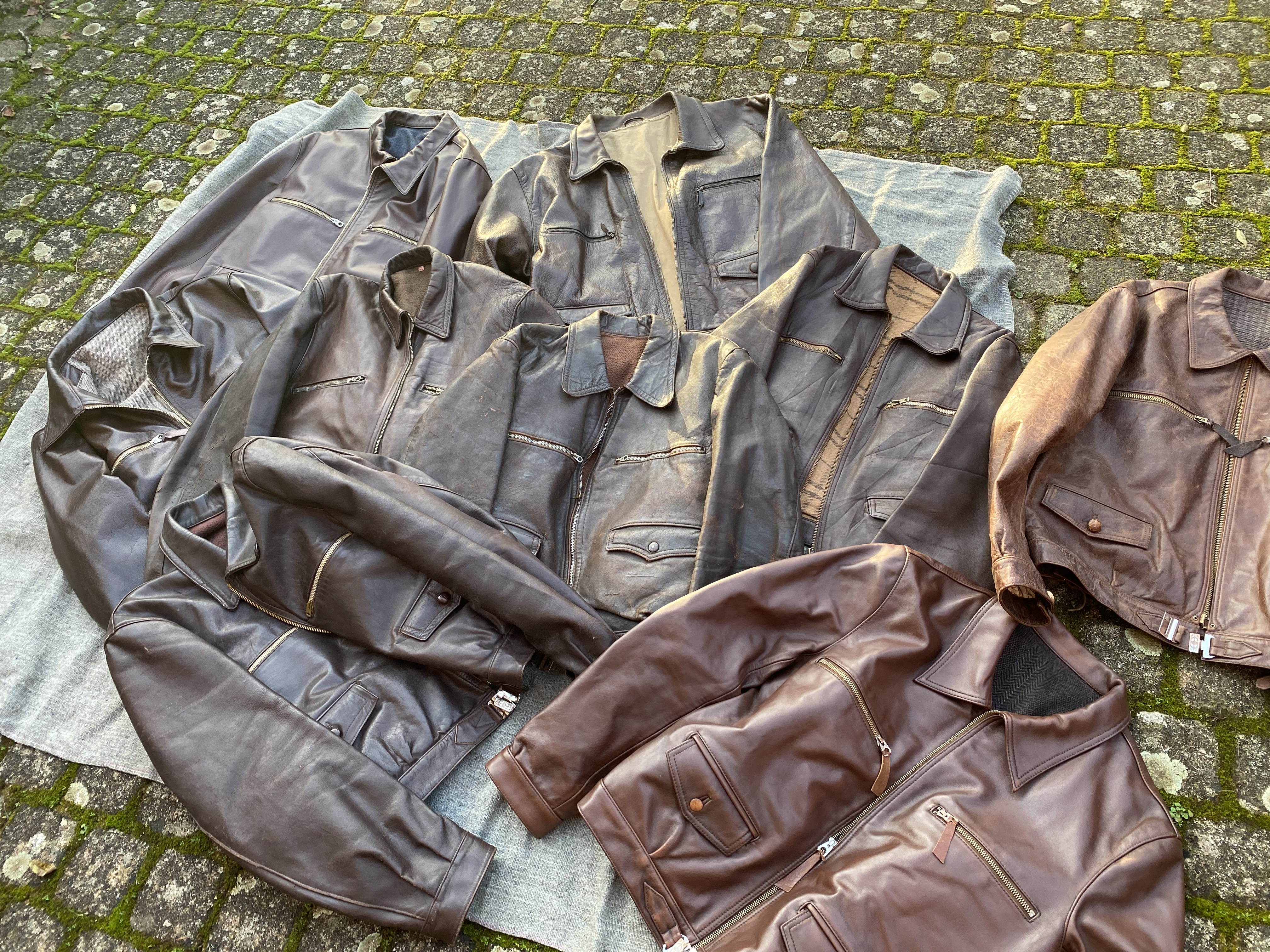 This on is just love, check this out guys, Alpha Flight Leather Jacket
M

The best place to purchase what I and possibly many consider to be the most authentic reproductions of German flight jackets is:

Pardon me if I disagree...
The NH Hartmann jackets have front and back horizontal seams ( no original like that ) and the buckle is a pure fantasy made out of molded metal instead of a chrome plated pressed iron buckle ( as for the original )....plus other little details which are far from the original.
His UHU jacket is by all means a pure invention and does not even resemble to the real thing it wants to imitate ( compare collar , arm fasteners, zips, buttons, liner etc...)...Was already posted here in a review a while ago.
One thing, yes, I agree : NH is cheap...by all meanings.
Below the real thing...for comparison. ...see details. 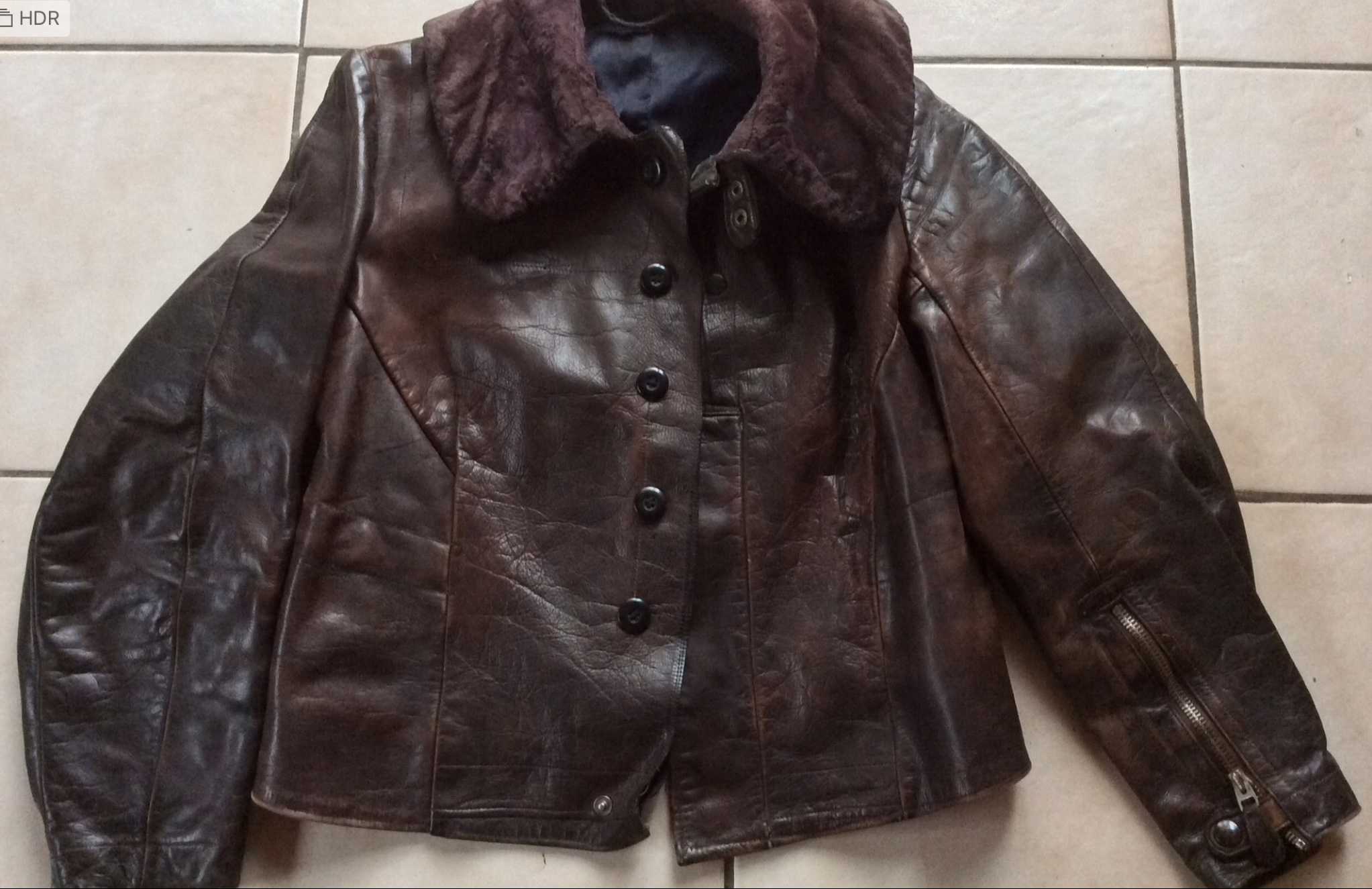 Here my ex NH, posted about it already...Gave it to charity...because a “very authentic reproduction “. 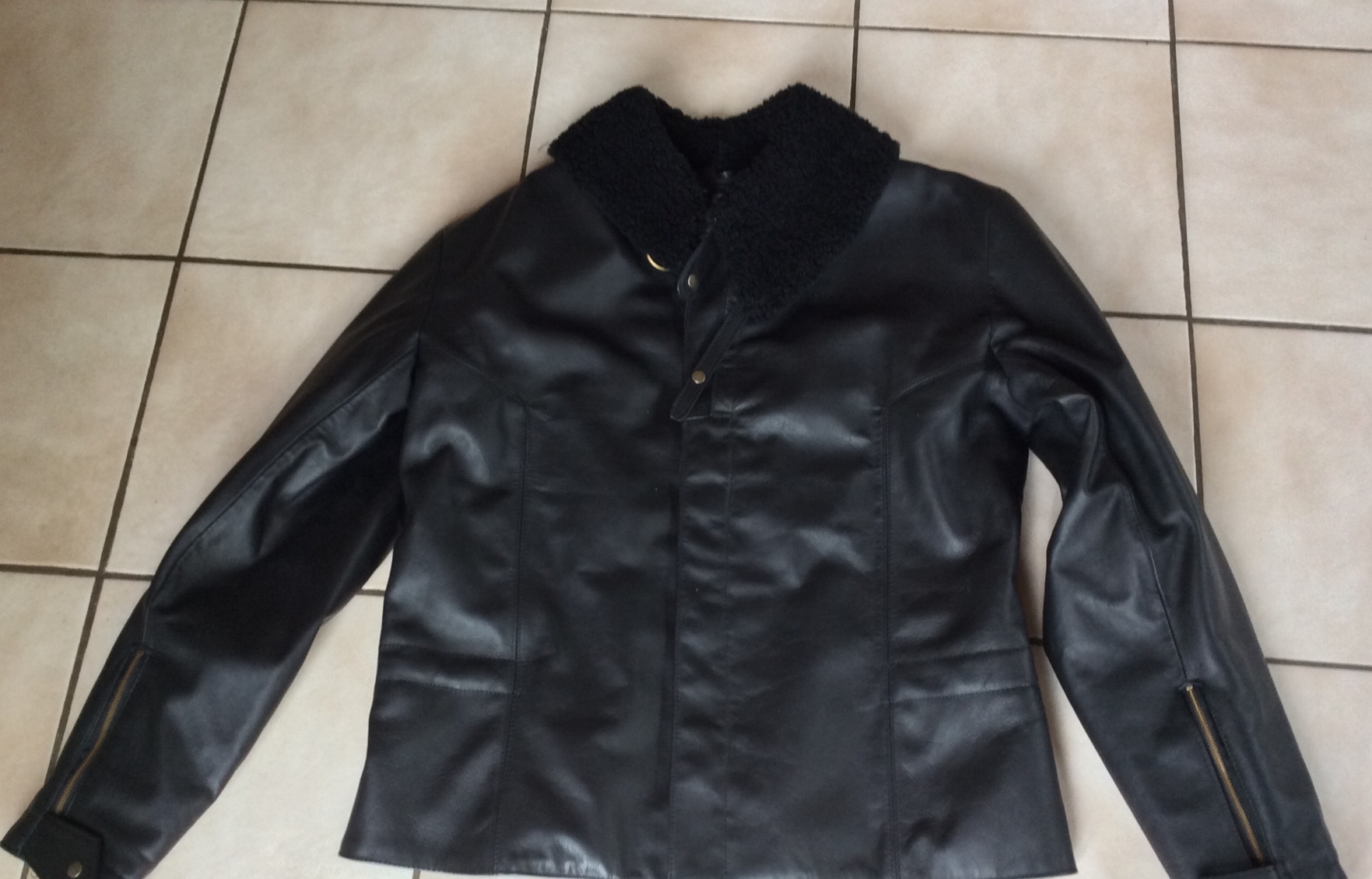 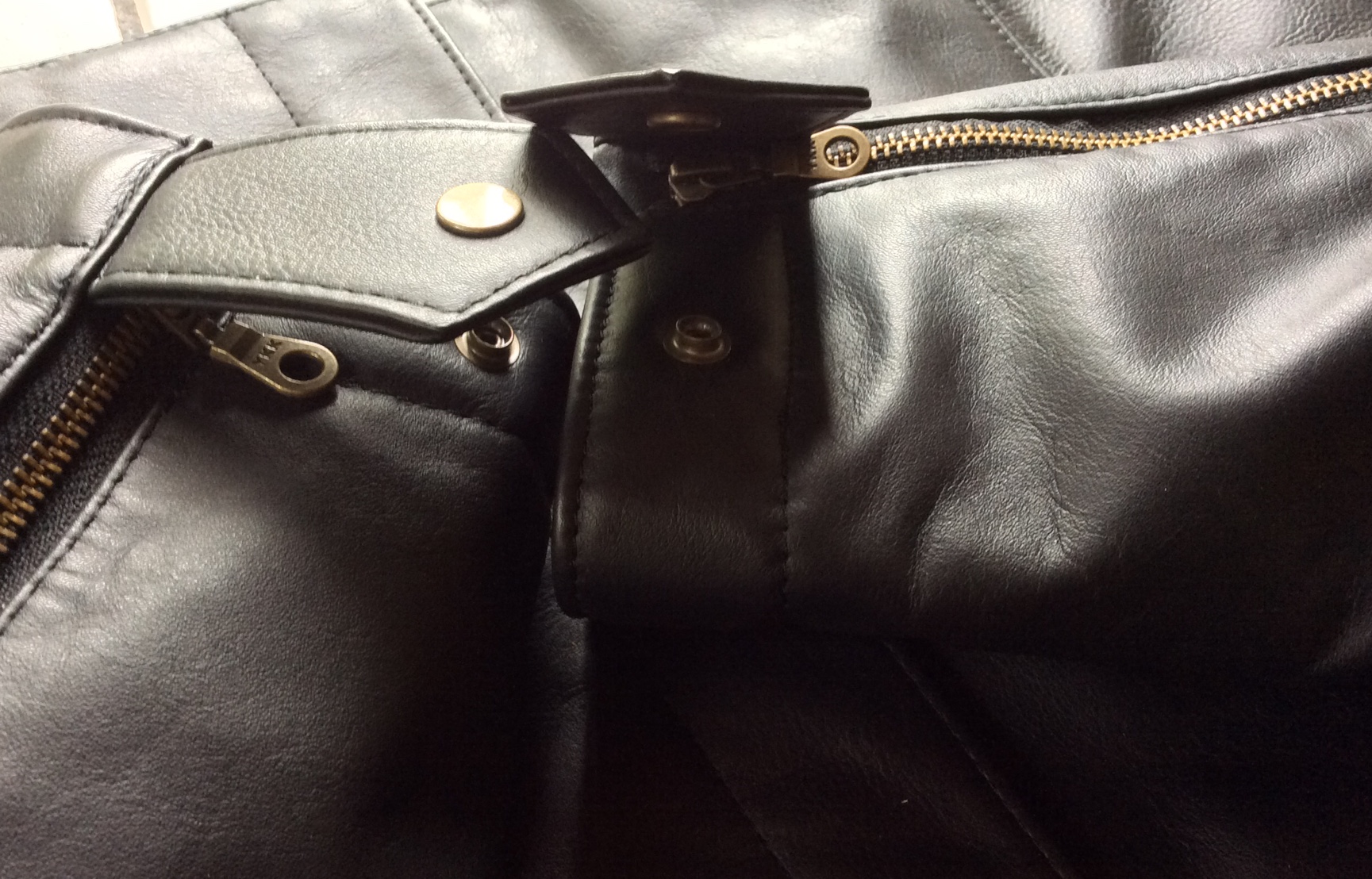 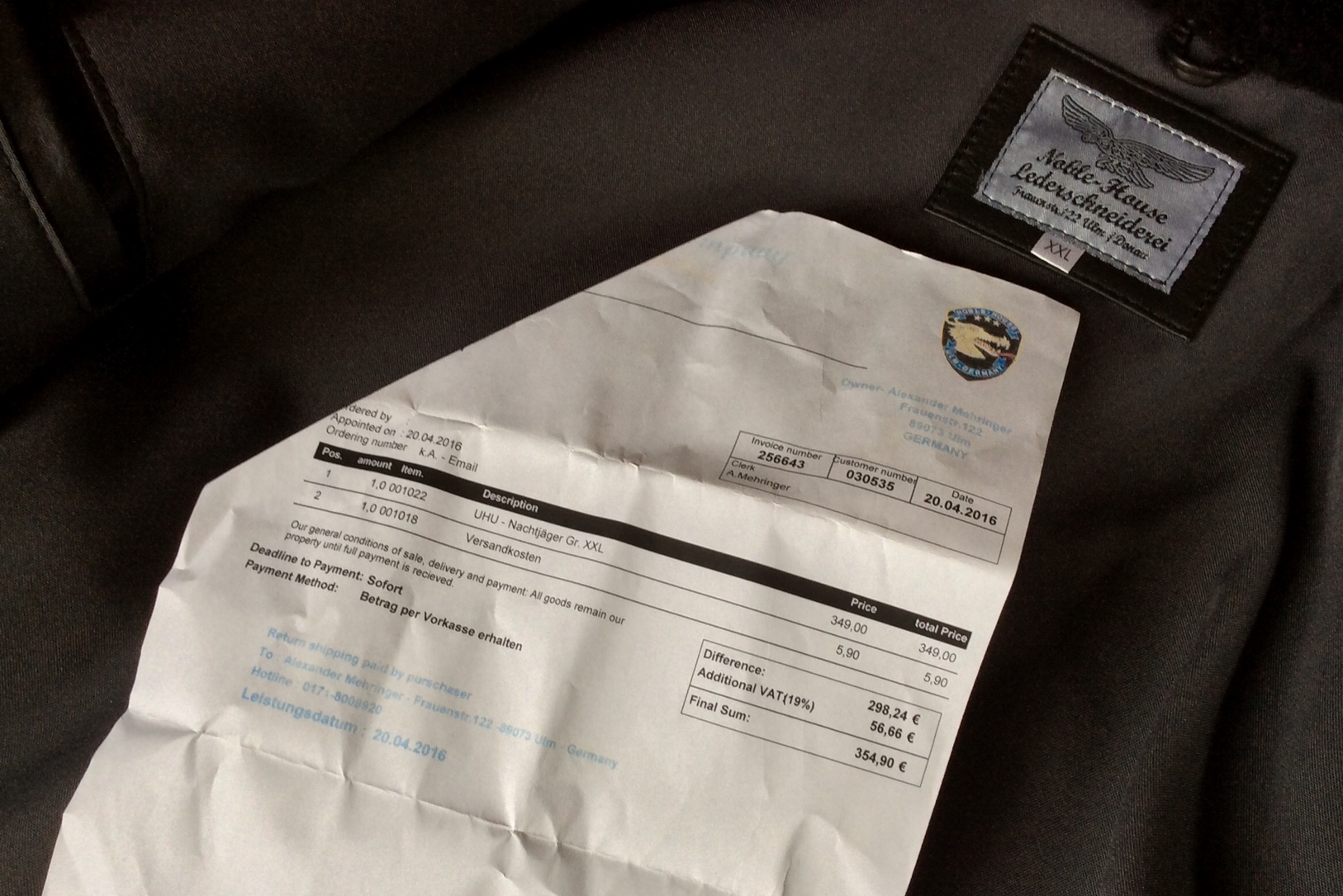 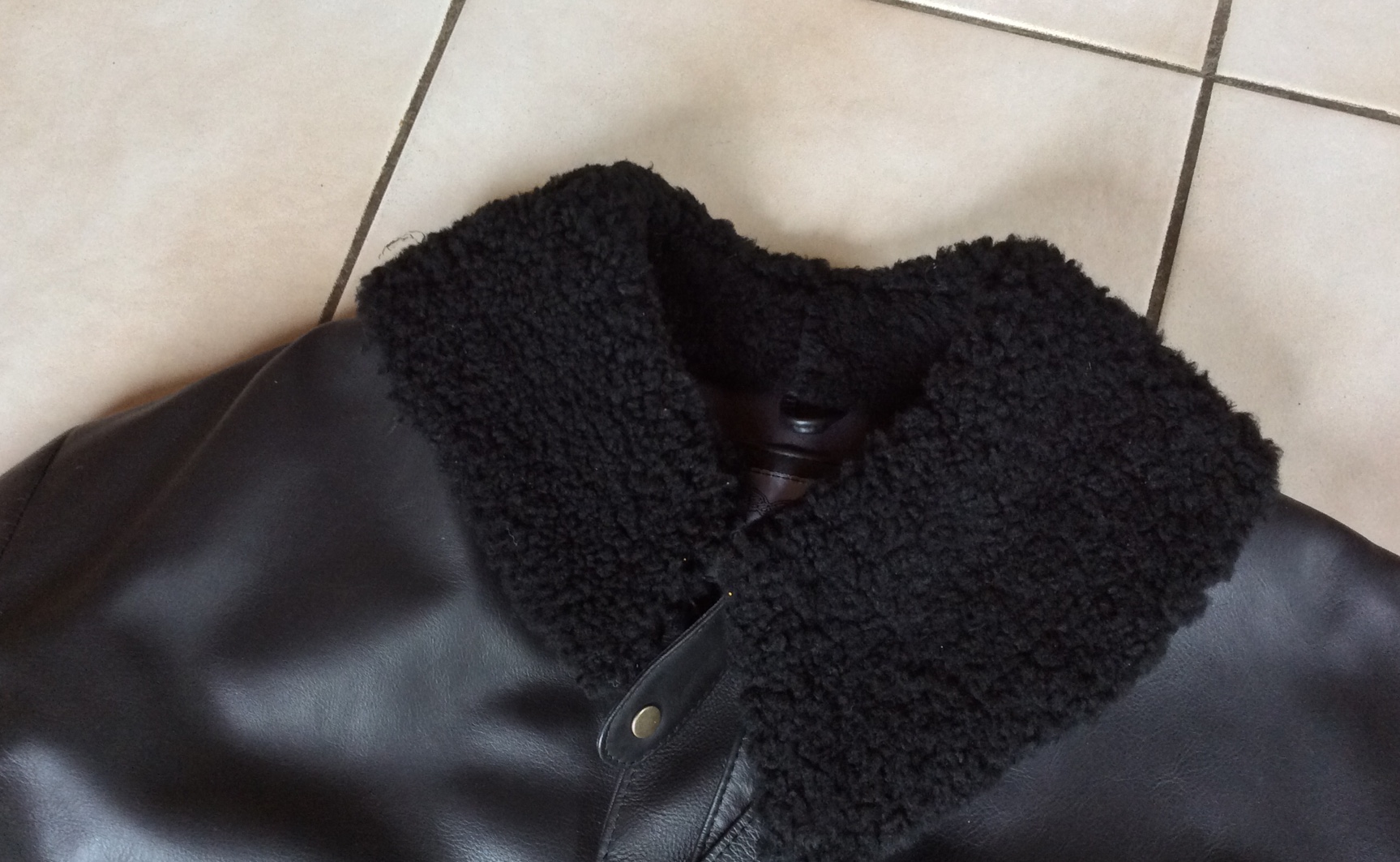 I usually have the chance, due to my schedule, to join a Bundespolizei friend of mine who flies one of the EMS helicopters for the Department of the Interior. We BBQ after close of rescue business (sunset plus 30 minutes). This time I felt historical and brought along the leather flight jacket issued to pilots of the (ex) Bundesgrenzschutz, arguably the first uniformed organization in Germany after the end of World War II. One really has to be an enthusiast when it comes to these, especially due to the colour which is moss green. Pretty much only a handful insiders would even recognize its provenance. It's a size 56 (US 46) and just a tad large, but it absolutely drapes fine and is awesomely comfy. The winter inset vest makes it fit 95 % perfect. Its condition is about an 87 out of 100. But those jackets are extremely rare especially in very good condition and the right size. I consider it a very wearable piece of German history, here seen in its context beside an orange rescue EC 135 operated by the German Federal Police. Originally in the BGS MBB BO 105, Bell UH-1D and AB 212 have been used in the rescue role. Like I said, the jacket is not mainstream like an A-2, but a joy to wear and great quality.

Should have worn an orange polo shirt with it.

Here's a link to a great rescue site for those interested. https://www.rth.info/typen/typen.php?show=bell212

May I ask - is this a modern version of German flight jackets on your pics,
@Wholenineyards ?

I had a 80's issued Luftwaffe pilot's jacket (sold it), but it had no side pockets.

Oh yes, thanks Brice, I studied this patch with a crow They then flew UH-1.

Flightengineer said:
May I ask - is this a modern version of German flight jackets on your pics,
@Wholenineyards ?

I had a 80's issued Luftwaffe pilot's jacket (sold it), but it had no side pockets.

Dude, the green one was never issued to the Armed Forces. It was procured by the Federal German Borderguards whose personnel, at that time, was clad in police green garb. The Bundesgrenzschutz was established in 1951, as a federal police force although with combattant status. They have created and maintained a highly organized flight department, have their own flying training organization and hold an impressive number of aircraft, 87ish actually, to fulfill the mission. About 2005 the Police adopted the EU blue police colours, uniforms were changed out, and aircraft repainted from green to blue. Moss green leather flight jackets were scrapped and exhanged for blue nondescript nomex. So now the green ones are pretty hard to come by since they haven't been procured in large numbers in the first place. Also those jackets have a different styling than the grey military ones, they have nothing to do with armed forces procurement items but the basic design. So they opted for slash pockets. I have worn grey ones since 1984 and if you see some with lower hand warmer pockets they're fake.

Thinking about patching the green monster up a bit tributing the governments commitment to civil safety and Emergency Rescue Services. While by no means perfect I still marvel at the effeciency and effectiveness of the air rescue organization in Germany. Very little space is not covered by highly specialized airborne assets by either ADAC (German Automobile Club) Air Rescue Service (yellow angels), DRF German Air Rescue Service or the Department of the Interior (operated by the Federal Police). And various other smaller organizations. Long hours of stand-by, scramble, unknown landing sites with the expectation of seeing a lot of grief at the scene of accident. Now operating under night vision goggles, too. What a great job of public service. I'd do it in a heart beat. 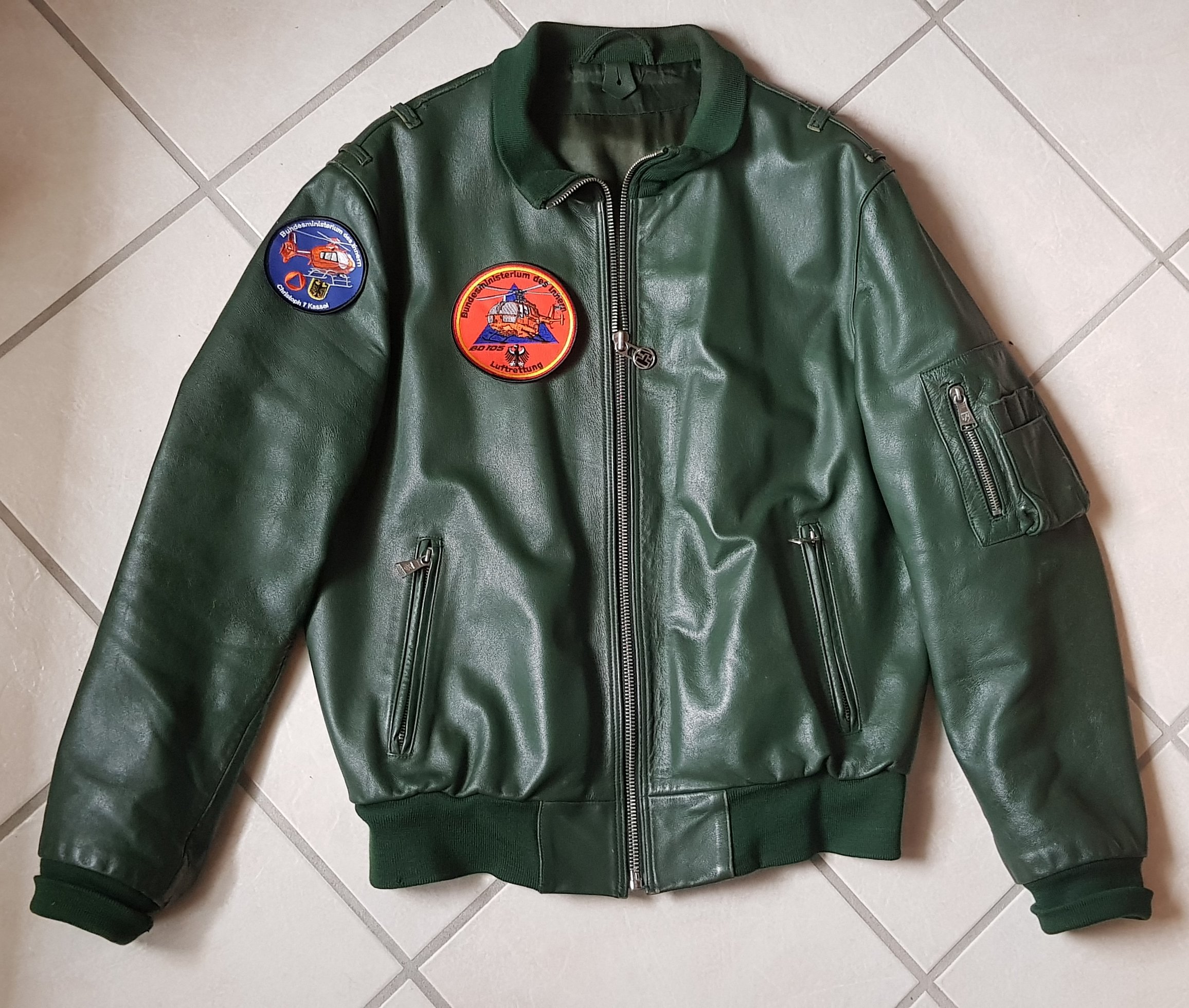 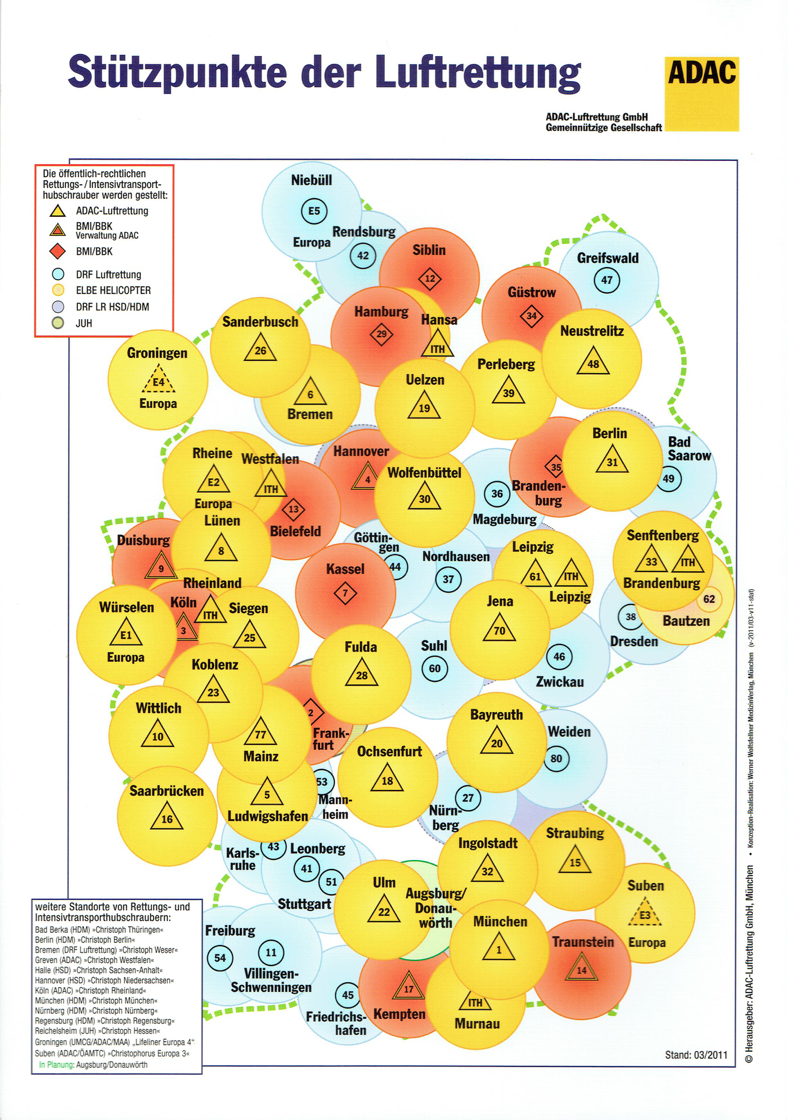 The following has been the dream of my childhood, and this is how I had patched up my jacket had I ever made it to the German Air Force Rescue Squadron at Penzing/ Landsberg, part of Air Transport Wing 61. I wanted mountain rescue flying Hueys in Bavaria so bad it almost made me mad. There were a lot, a lot of Hueys in Germany in the 80s, US Army, German Army and Air Force, Civil Service, numbers of Hueys unimaginable today. Low level ops were everywhere, and together with all other helicopter types in the air all the time it was hard to keep eyes in ground. I smashed my head numerous times looking up and then running into things like light posts and traffic lights. Awesome times... one could visit military installations of choice as pupils, this being part of the information/ recruiting process of the military. 3 days off school, all expenses paid trip with the option of even getting a ride in a military vehicle or aircraft. Bliss. Three times I went to Landsberg, got to ride on Hueys, saw the heroes of my youth (usually old NCOs flying, or Warrant Officers, the odd commissioned officer among them. Orange flight suits with a multitude of patches, same in the grey leather jackets. Personalized squadron coffee mugs, lawn chairs to wait out for the next scramble. There was nothing cooler on the whole planet Earth and beyond. I watched the bell go off and Pilot (Air Force Hueys were flown single pilot), Flight Engineer (left seat), Paramedic and Emergency Anesthesist (a full grown doctor) go into Action. The Lycoming T-53 coming to life, those awesome rotorblades starting to turn, full RPM, lift-off, first one sees the rotor disc move forward, after an agonizing one second the fuselage follows. Picking up speed it flies off towards the snowy Alps, on an ich cold day with bright sun. My eyes were good, I could see it a long time, but in the end, there was only the sound. The Huey shuffle. Off to another life saving feat. 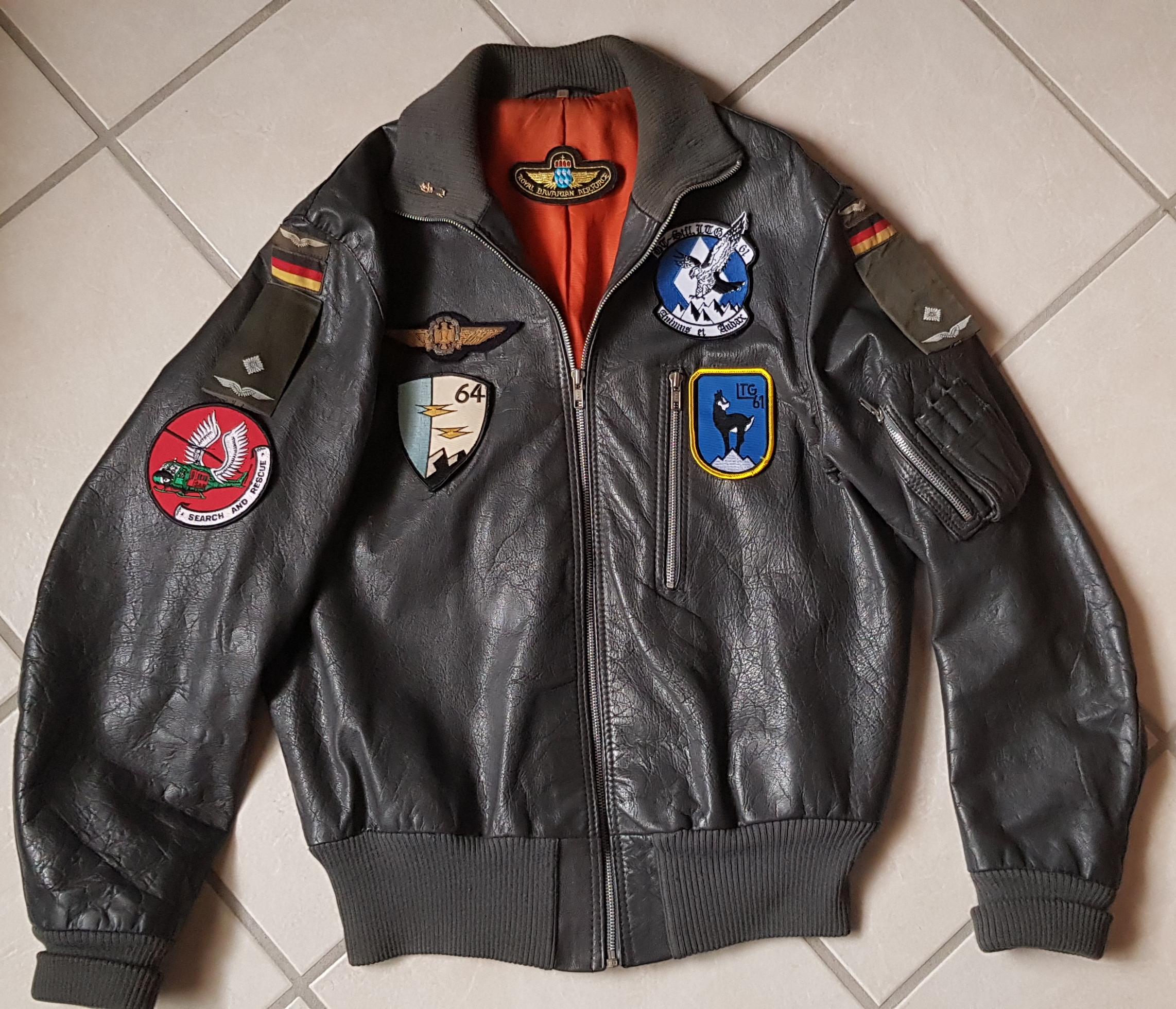 The HT-Squadron (Helicopter Transport) of LTG 61 (the patch with the chamois buck) was actually the 1st (reinforced) Squadron of Helicopter Transport Wing (HTG 64) based at Ahlhorn near Oldenburg. This is why this patch has (Bavarian) mountains and half blue for North Sea and maritime operations, but generally showing the Wing's affiliation to the South and North of Germany. 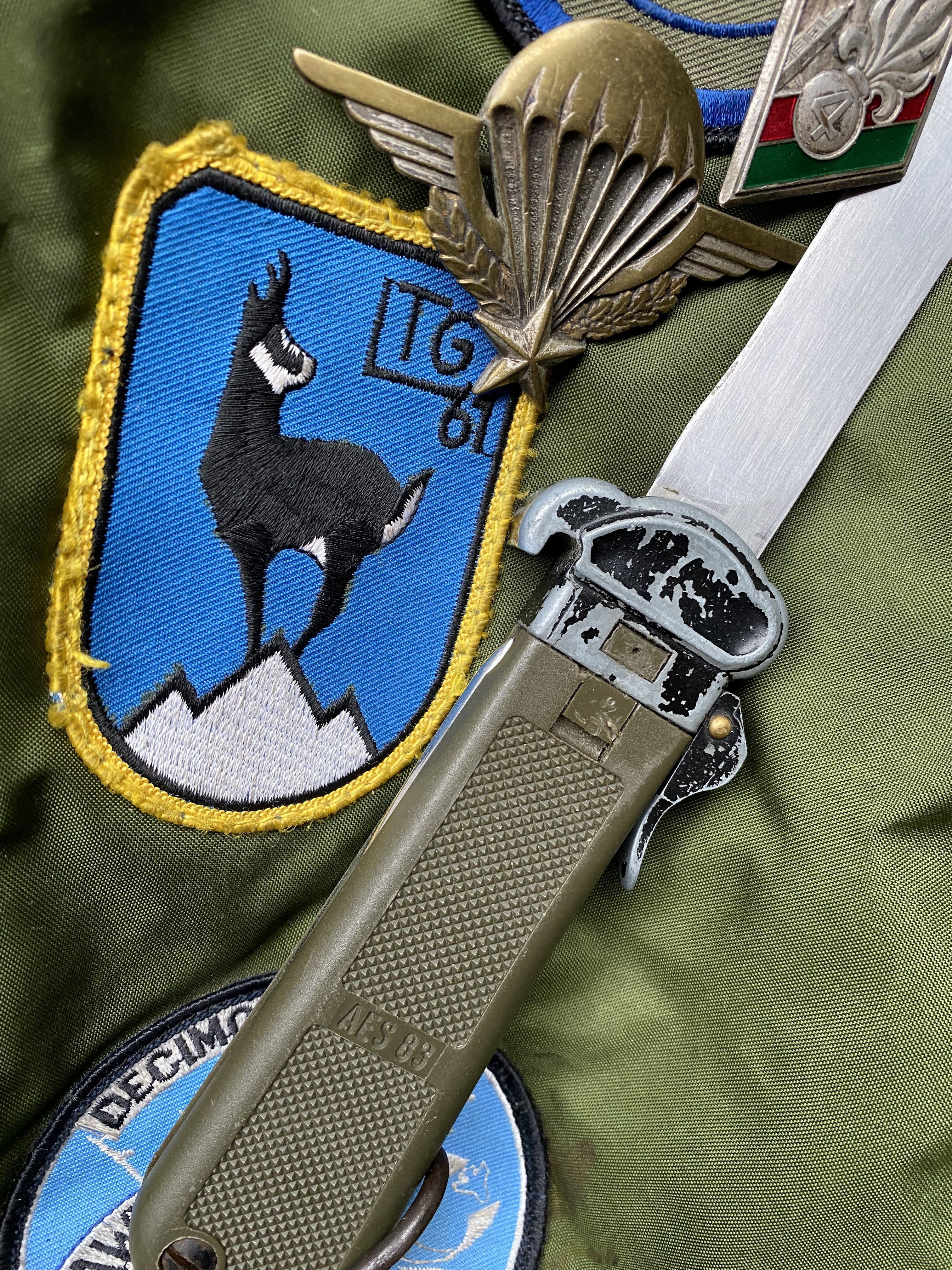 Wow! Thx. for sharing..., Wow!
Danke, dass Sie für uns da sind!
Thx for rescuing us if needed!...
Had a few jumps out of Transall’s from Penzing LTG61 over Schongau and other DZ’s... feels like 200 years ago.
Last edited: Saturday at 10:21 AM
You must log in or register to reply here.
Share:
Facebook Twitter Reddit Pinterest Tumblr WhatsApp Email Link