Think this or a similar pic might have surfaced here in the past but reading ‘The Fighting 109’ and saw this pic! There is another in said book showing a Luftwaffe pilot in a shearling (B3 I think) quoting how they were much sought after spoils of war! 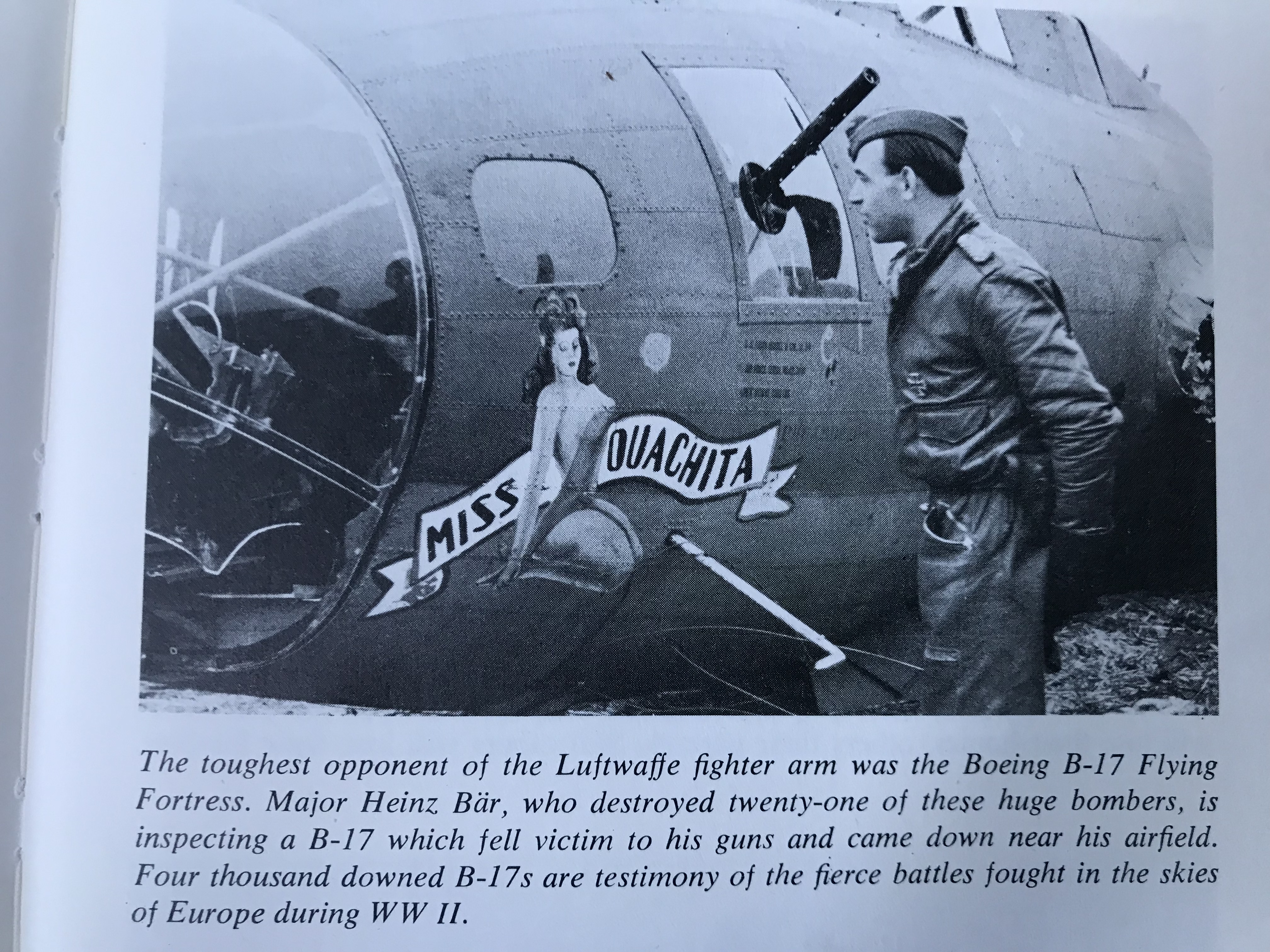 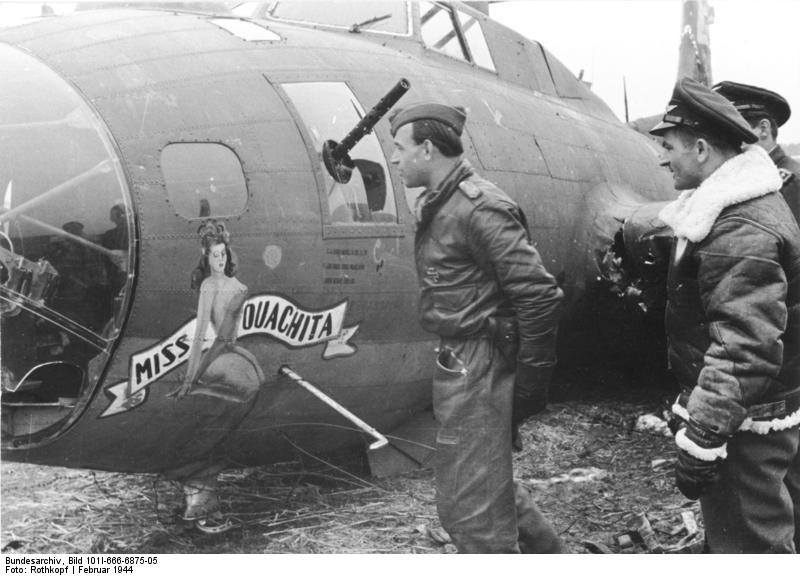 I was curator of the 91st BG museum some years ago.

Ah, did a quick search as thought I’d seen another pic, just more of a ‘face on/frontal shot but couldn't find, didn't think it was same! Sorry for the duplication!!

And of course there was Adolf Galland’s Irvin. 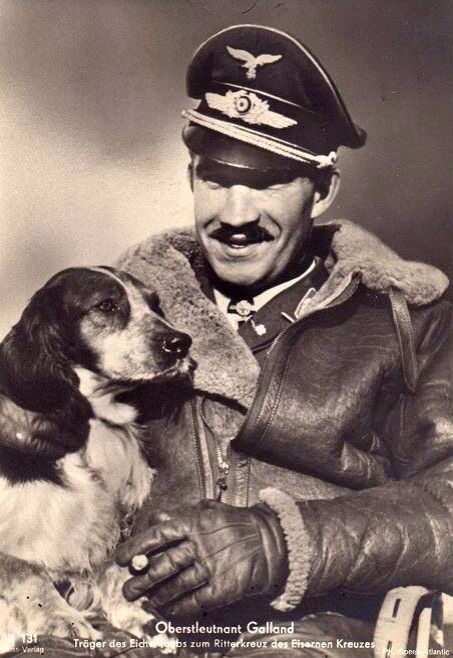 This dog is in the company of one of the greatest pilots of the second world war, and he looks completely bored !
E

Apparently the pilot und the B-3 is Ofw. Leo Schuhmacher.
Checking through Prien's extensive unit-history on JG 1 and JG 11, it's evident that wearing an A-2 wasn't anything out of the ordinary in these units in early '44.
It's almos like I can't find a group-photo without somebody wearing an A-2.

Heinrich Füllgrabe, Herrmann Graf, Alfred Grislawski and Ernst Süss.
The picture was most probably taken during their days in JG 50, a special high altitude unit in the west.
Grislawski also went to JG 1 later on.
Last edited: Jan 5, 2022

I wonder how they got them? They confiscated from downed pilots?

I read a story about 2 Hungarian 109 pilots. The "Puma" wing was scrambled to intercept a raid of B-17s and B-24s, but they were tasked to fly 2 non-combat worthy 109s to a satellite field. They were laying in the grass looking up at the events when they saw a B-17 get hit and parachutes coming their way. The crew landed in the bushes 50 m away. So they called "hands up", "captured" them, then offered them cigarettes.

They went away to phone someone to pick up the POWs, and asked 2 gendarmes to guard them. 10 minutes later they went back ,and there they were: the gendarmes in full USAAF flying gear, fighting over a scarf, while the crew sat there, some of them half-naked.

The pilots pulled their pistols and told the gendarmes that if they didn't give the crew back their gear they'd shoot them on the spot. And that they should be ashamed for stealing their jackets just now when they would need them the most. Every item went back to their original owners, except the pilot couldn't find his wallet with a picture of his family.

The gendarmes were forced to do squat jumps in circles for a few minutes and look and behold, the wallet was found too

The US pilot gave several dollars to the 109 pilots to thank them. Who in turn got back to base and distributed it among the other pilots - as souvenirs. They only kept 1 dollar each.

Well, after the war that 1 dollar bought a luxurious pair of women's shoes in Budapest, and had they kept the money they could have started a business! oh well

The guy in the A-2 is German ace Heinz Bär btw...
There is a few other good pictures, showing LW pilots in jackets "liberated" from Allied crews... 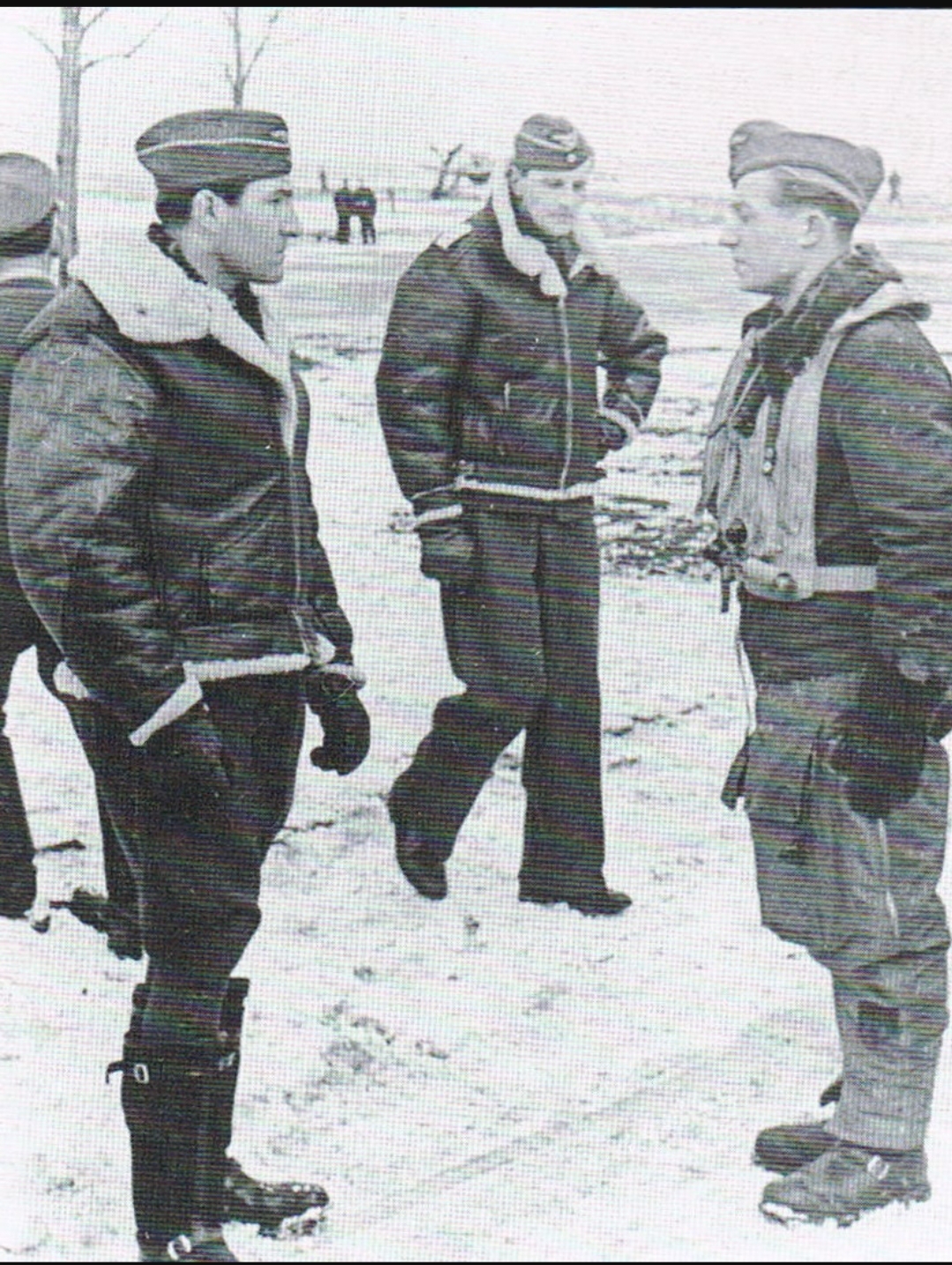 This picture is often quoted as showing Eduard Tratt in a captured RAF jacket while this is clearly a US B-3 IMHO...
Interestingly, the pilot in the background also seems to be wearing a B-3 jacket...
In Me-410s there was clearly more space in the cockpit so pilotsmcould wear the B-3s

The Luftwaffe could be said to carrying on a tradition from WWI.

Allied but especially British flying coats were highly prized by Luftstreitkräfte airmen during WWI and were appropriated en masse. I have literally dozens and dozens of photos of Luftstreitkräfte fellows wearing them.

Kermit3D said:
This dog is in the company of one of the greatest pilots of the second world war....
Click to expand...

And definitely one of the "coolest". He got out of his 109 with a cigar in the mouth already pretty often. It's said that he had a ashtray installed in his 109 but I think it's impossible to smoke in that small cockpit with the canopy closed without passing out after 5 min.
Oh and he never suffered of lung cancer although he was a vivid smoker his whole life long.

I do have further photos of the Miss Ouachita crash scene as well as the aircraft on the base and in flight along with its history, info on her various crews, loss reports etc but don't have time to dig it out at present.
What these and other images make clear is the idea of recycling is not new, nor is the tradition of collecting, using or displaying a huge range of items or equipment from your foes.

Haven't seen this, but luftwaffe jackets were popular souvenirs and often ended up in American attics after the war. 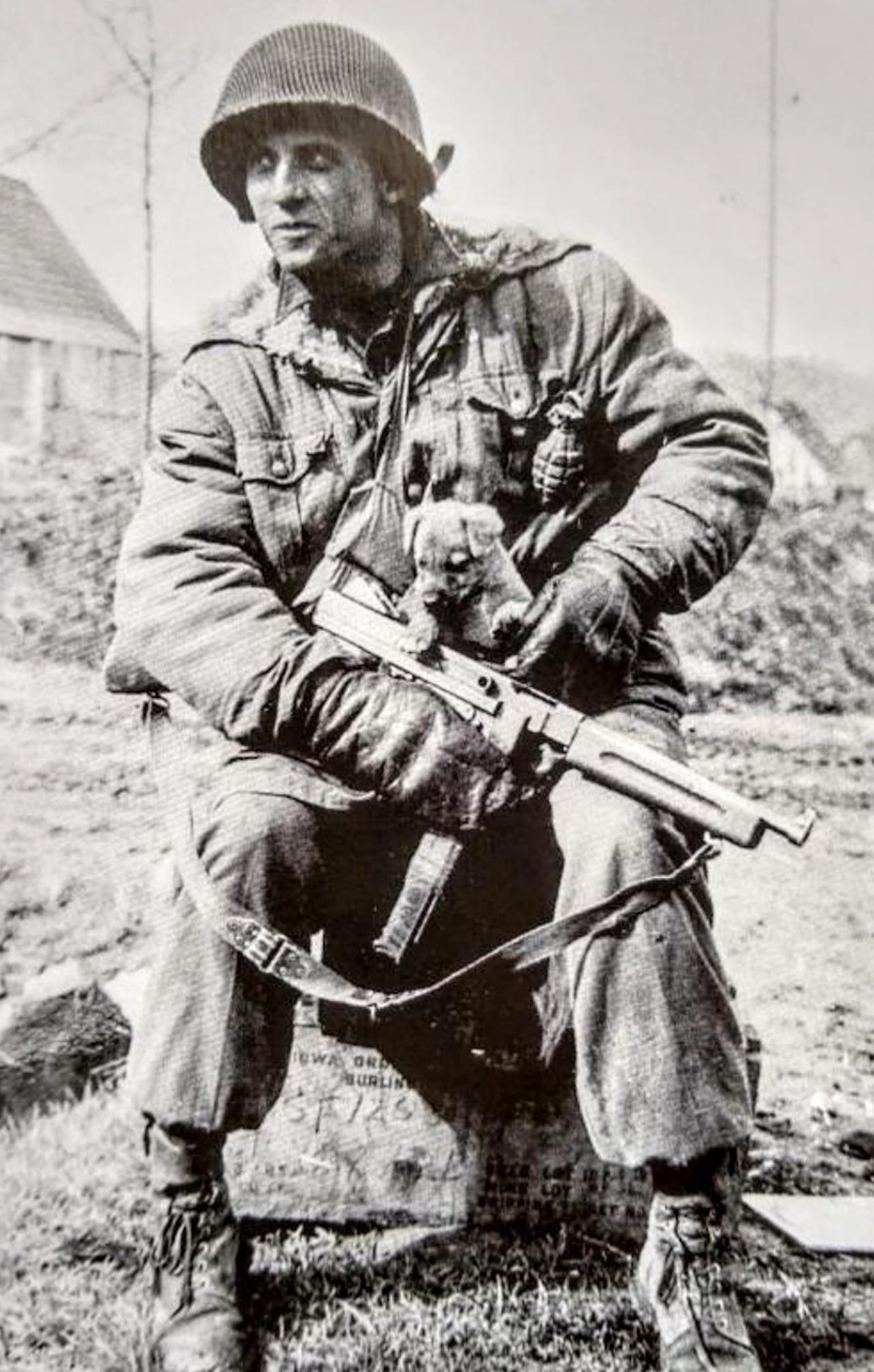 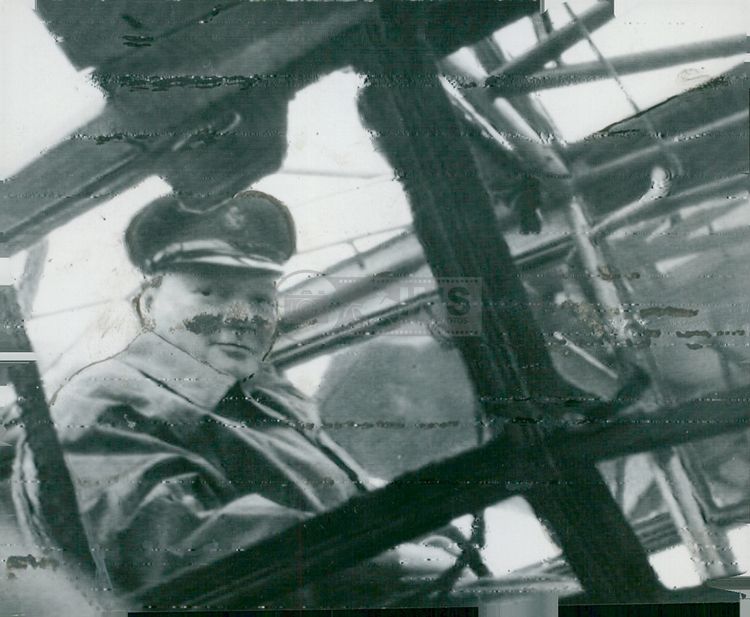 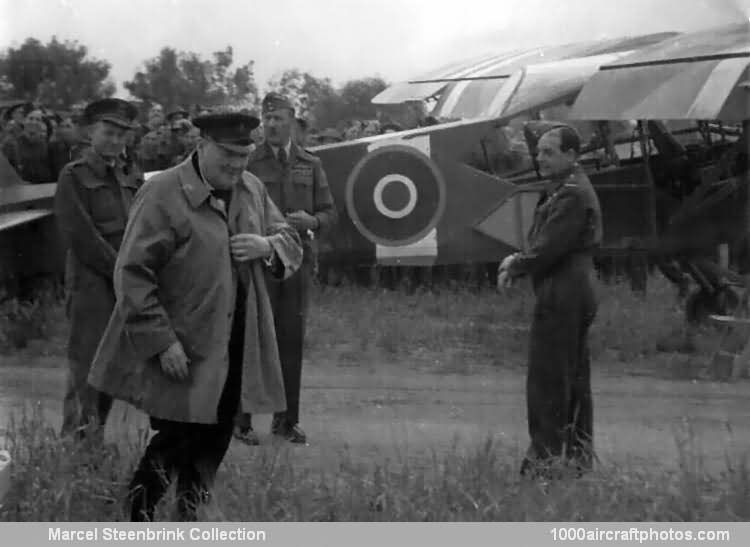 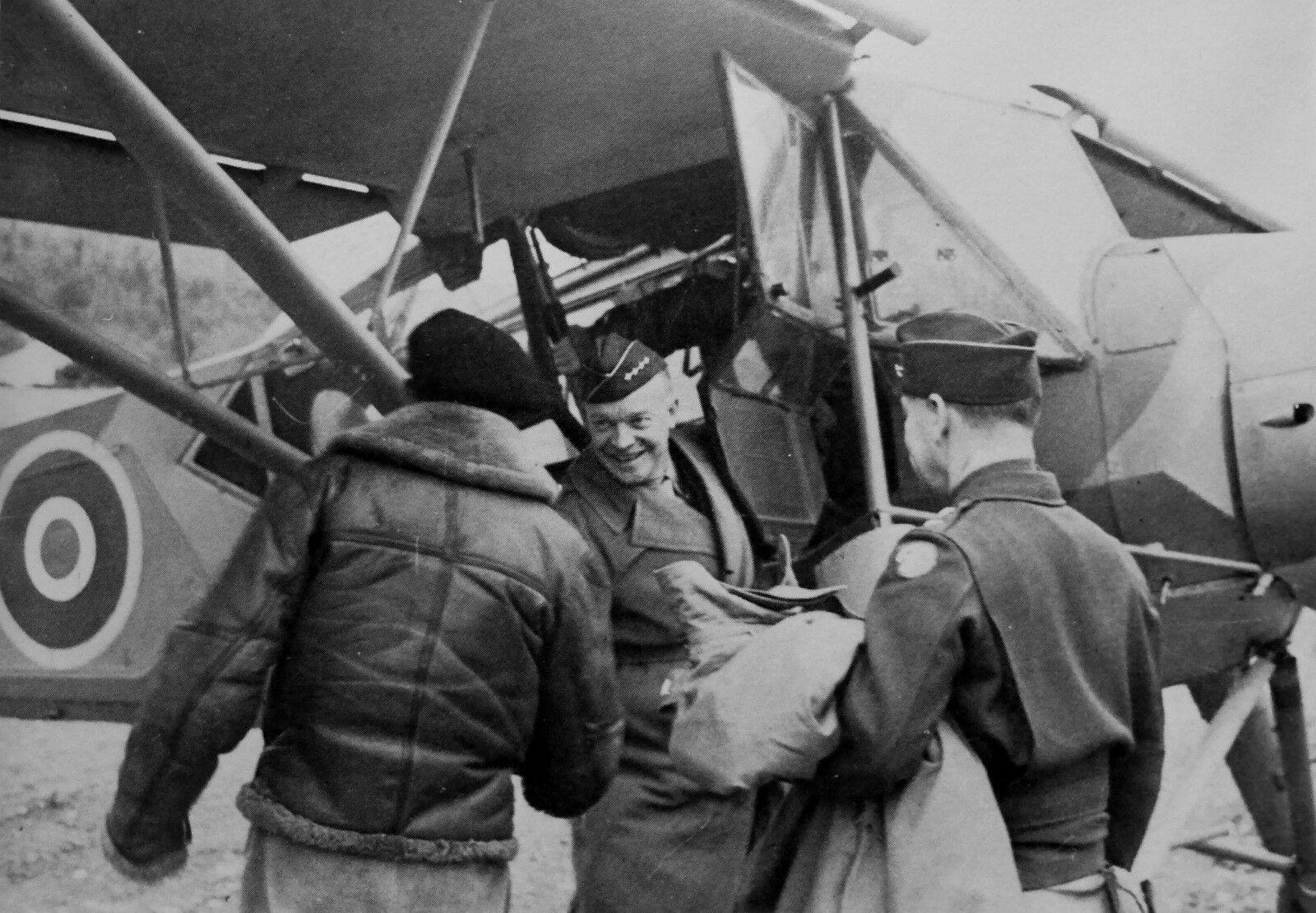 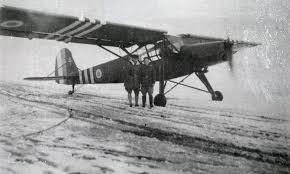