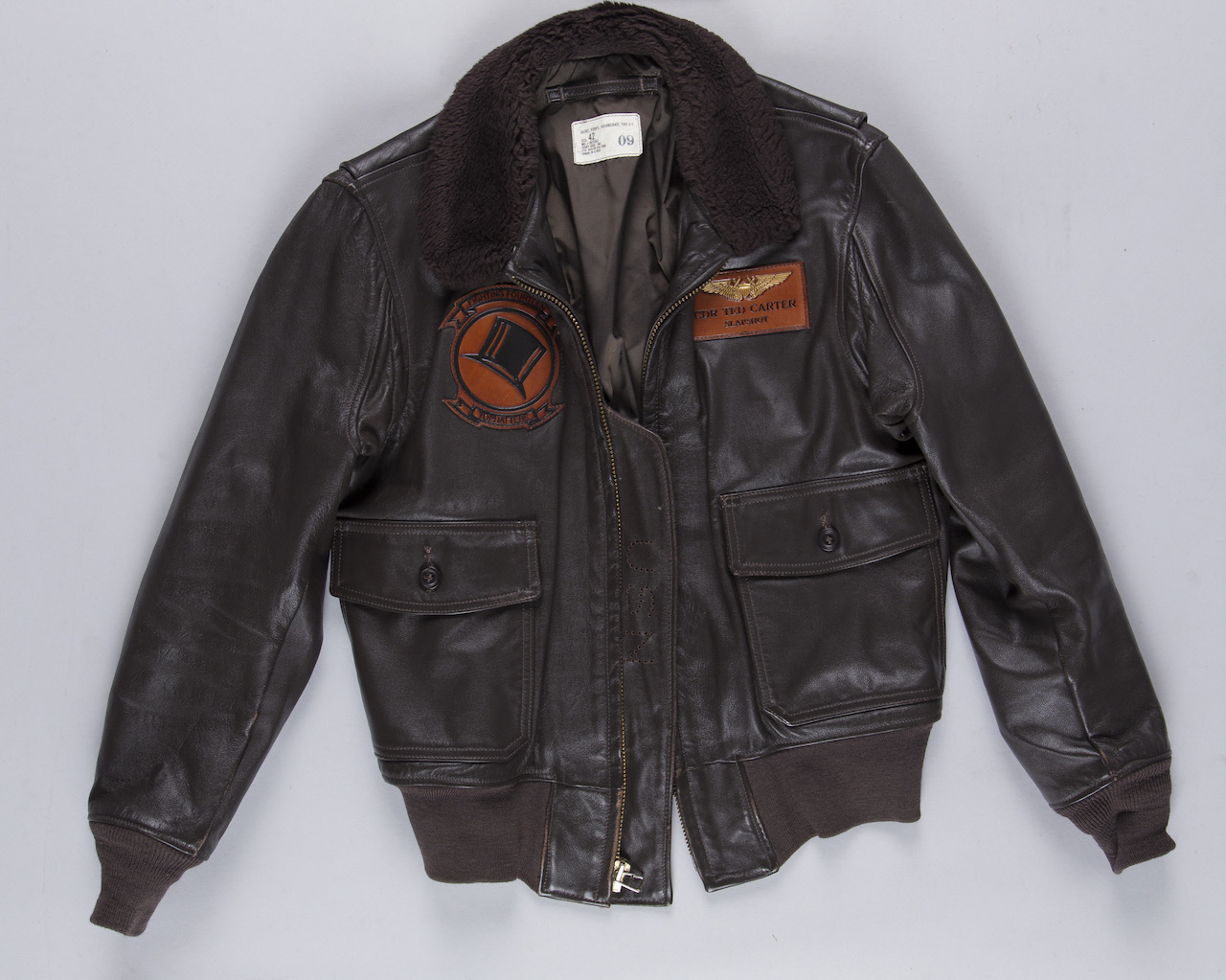 View attachment 17926
This jacket dons the insignia of VF-14 Tophatters, one of the oldest squadrons in the United States Navy. The jacket was worn by the donor Vice Admiral Walter Carter Jr. He was promoted in 2015 as the Superintendent of the United States Naval Academy in Annapolis, Maryland. As a combat aviator, he flew in 125 combat missions in American military deployments including Bosnia, Kuwait, Kosovo, Iraq, and Afghanistan. In addition, Adm. Carter was the last commander of U.S.S. Enterprise, the first nuclear powered aircraft carrier in the United States fleet