HI guys, my first thread. I have just taken delivery of a BK roughwear 27752 and thought I'd show the comparison with my Eastman. I have been wearing the Eastman pretty hard for two years and it is getting some nice patina, it took a while for the patina to show but once it started it just kept getting better.
When I ordered the Eastman I was sent a jacket that had very thin smooth leather and was like a baloon to wear, I sent it back and Gary Eastman agreed that it was not the best and described the leather as 'boney', he said he would replace it with a jacket with a 'fuller' hide, and this is it.
The BK is brand new, only worn once. when it came it already had some wear to the pocket edges, I guess from where it was constructed. This suggests that this thing will age pretty quickly, and I will post some more as it happens.
The Eastman has some wonky stitching to the collar but otherwise spot on. It had character straight out of the box.
The Eastman is darker and has a shiny finish but I would say it feels tougher, although there are differences in the thickness of the leather over the jacket. The BK is mat and more of a chocolate brown which I think matches pictures of originals better and the leather seems a consistent thickness.
I think the cuffs on the Eastman are too thin and I have already repaired them - they snag and pull easily.
Eastman on the left.
The sleeves and cuffs are visibly wider on the BK. 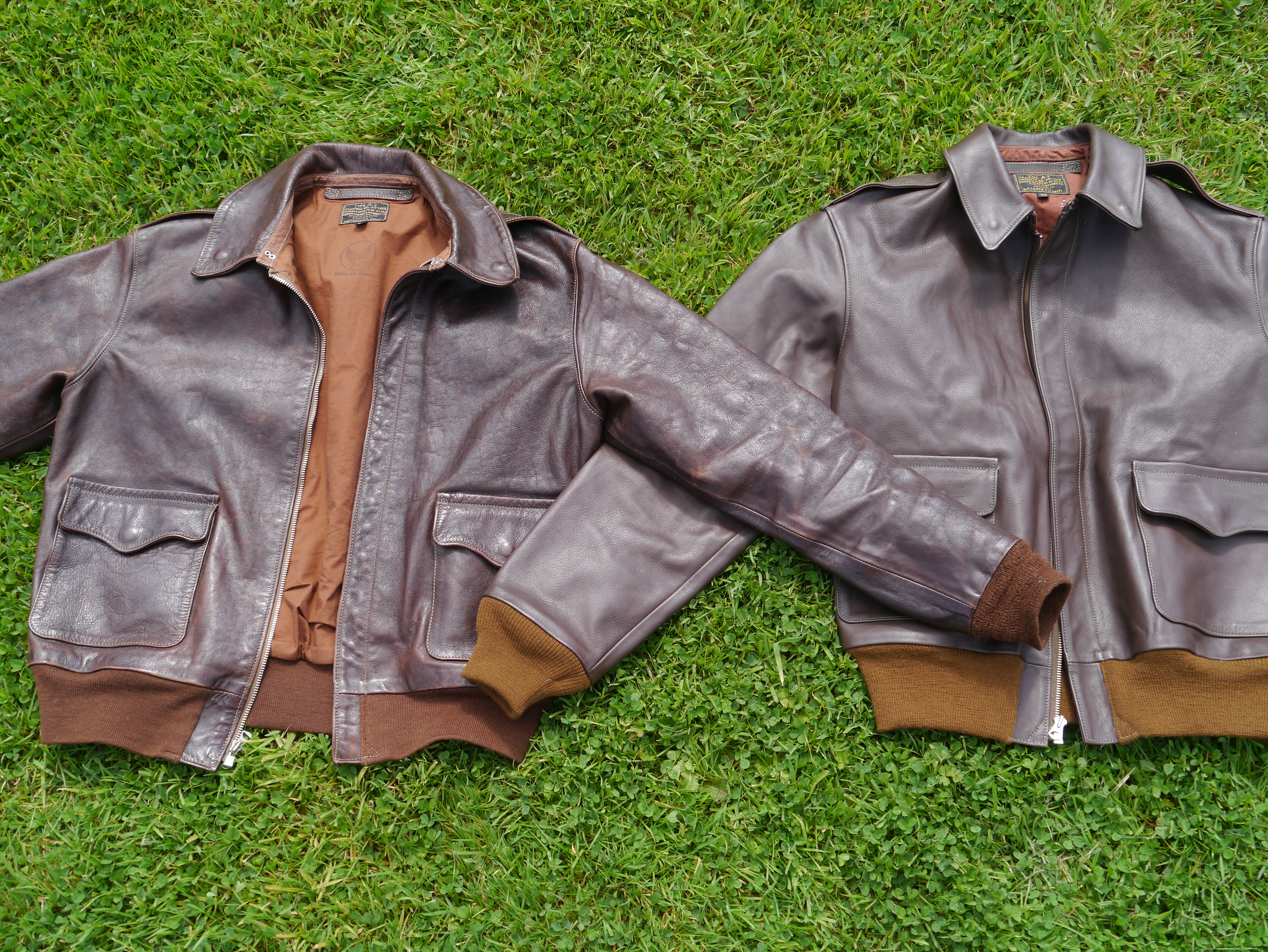 All said, both are great jackets.
When I bought the Eastman there wasn't much difference in price but you are looking at a few hundred more nowadays. 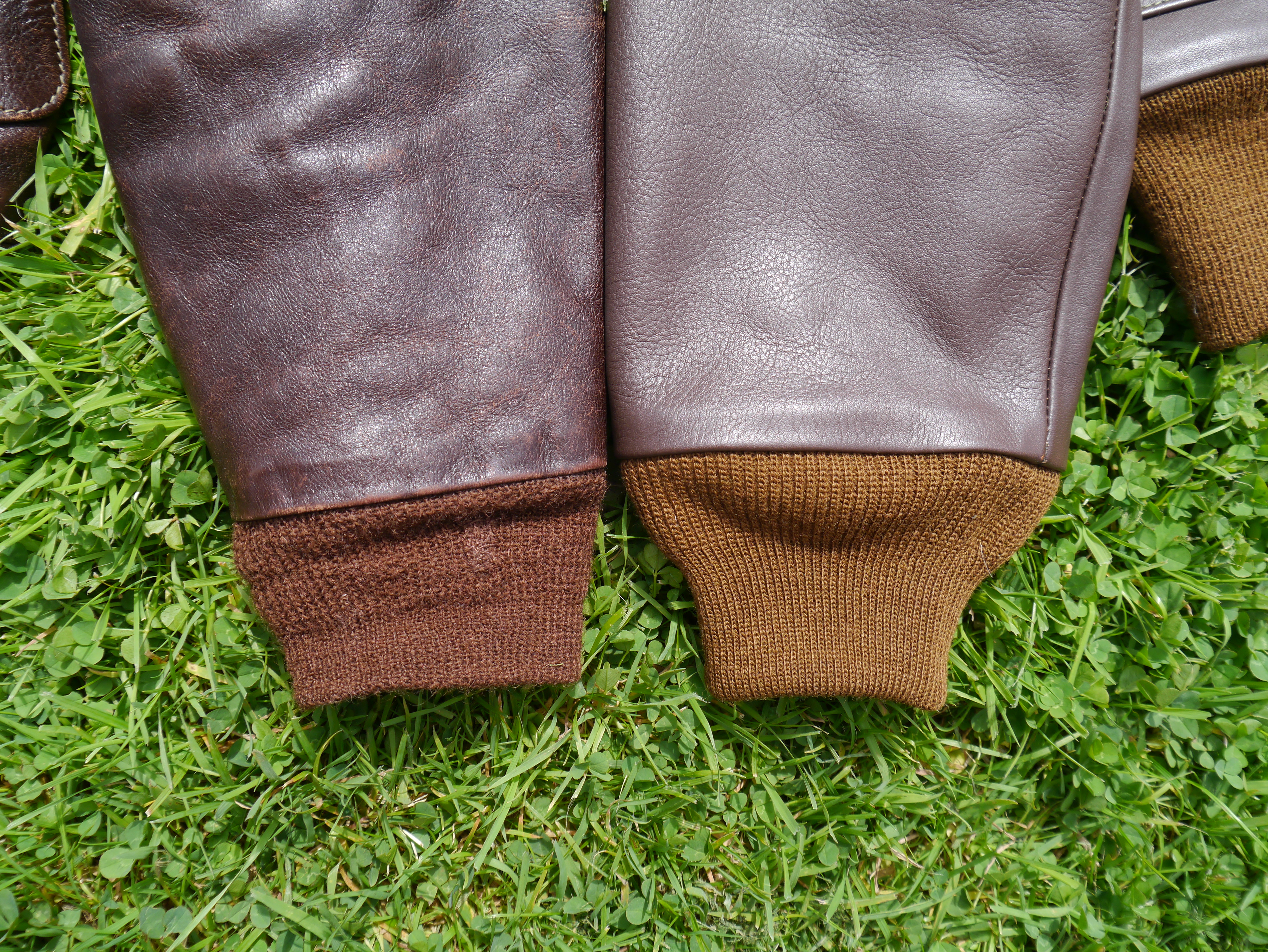 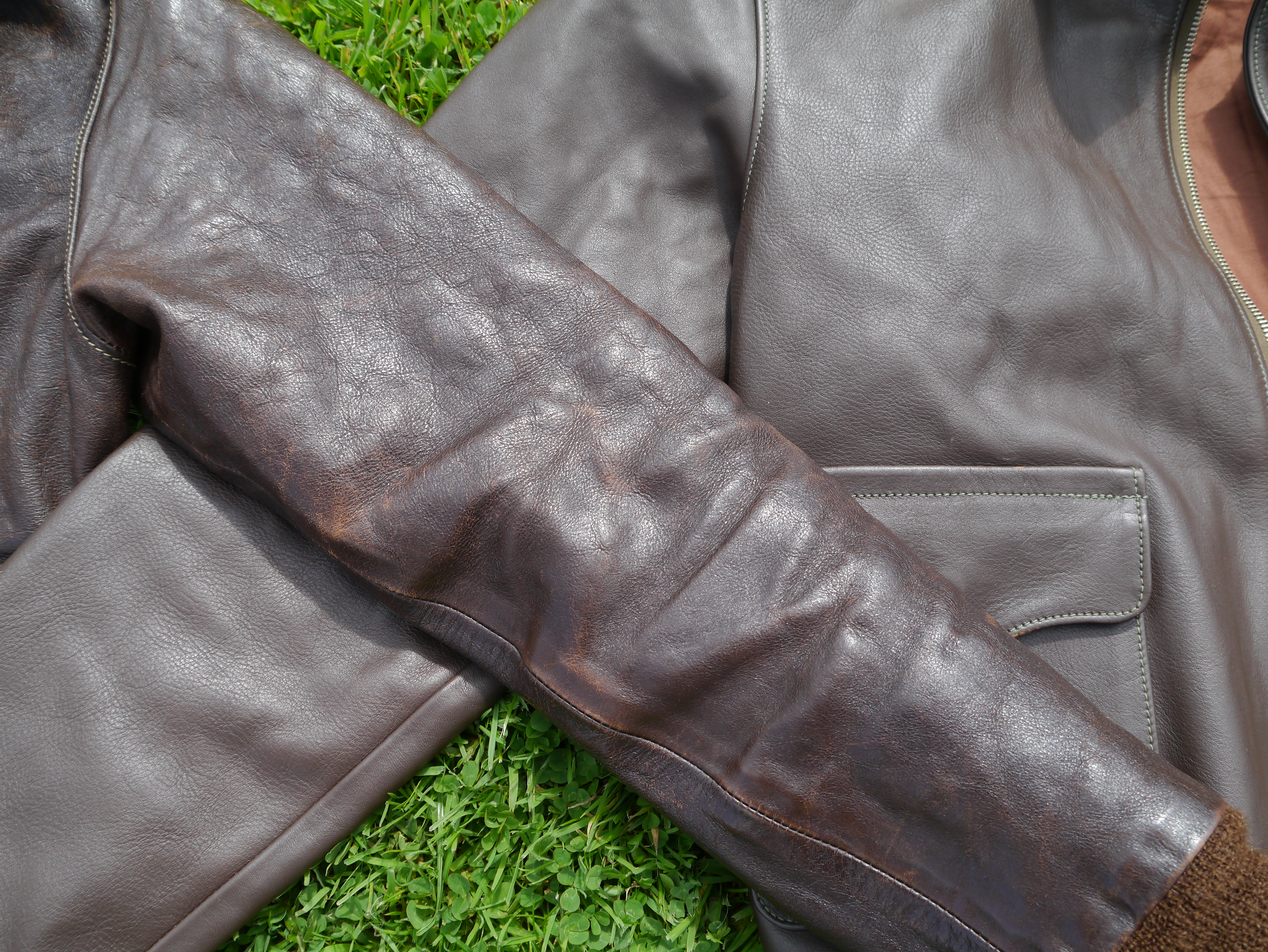 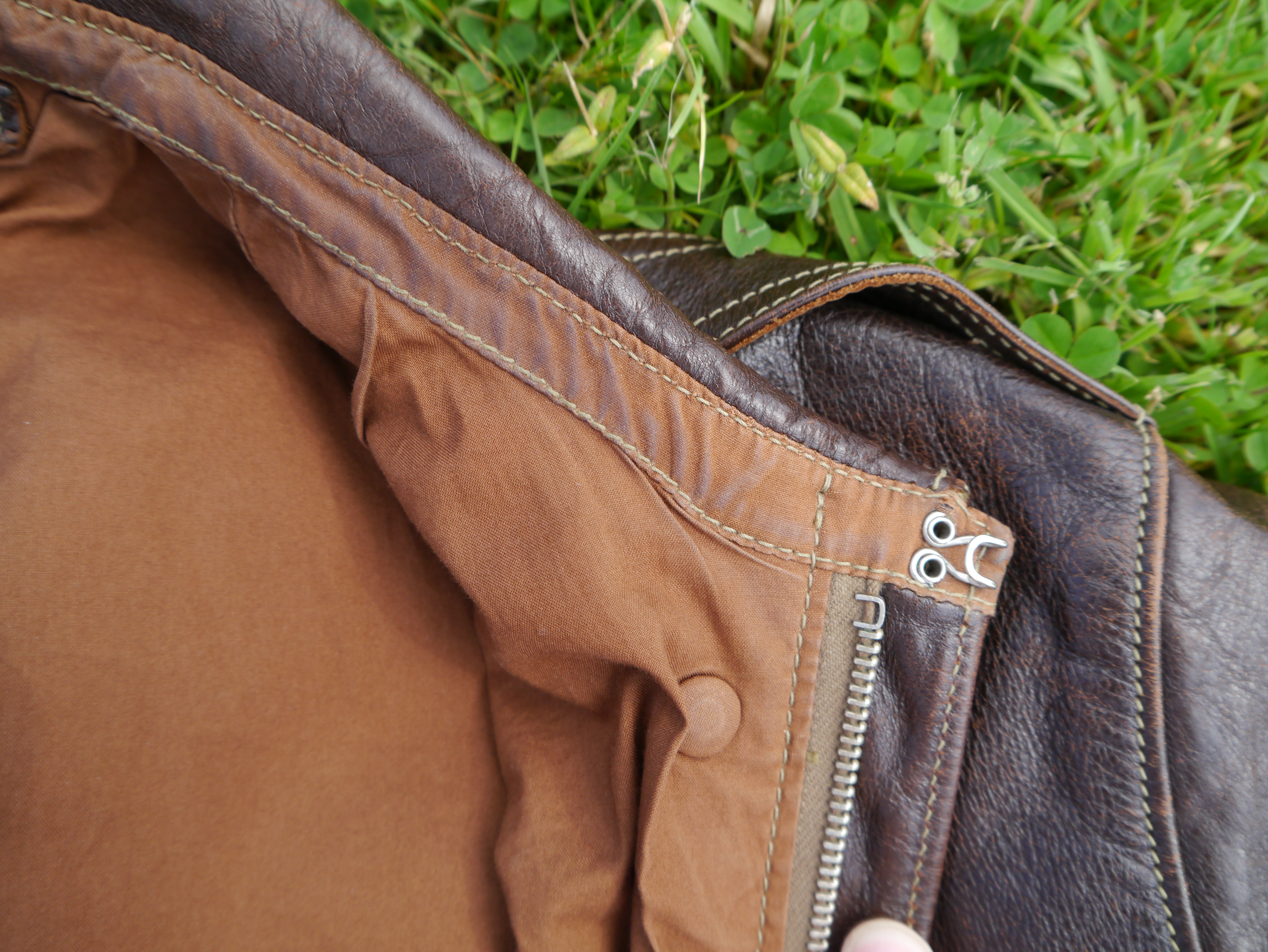 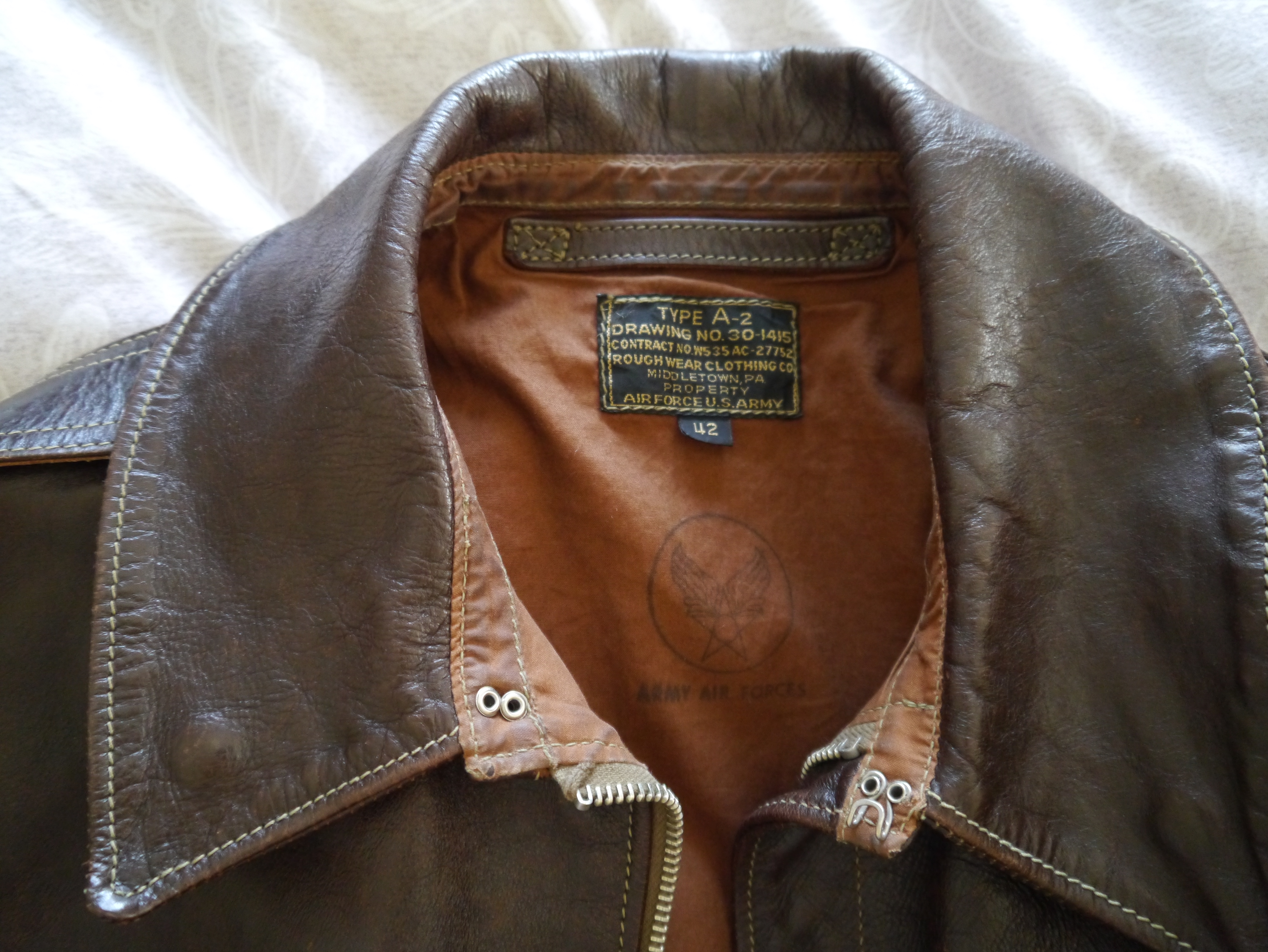 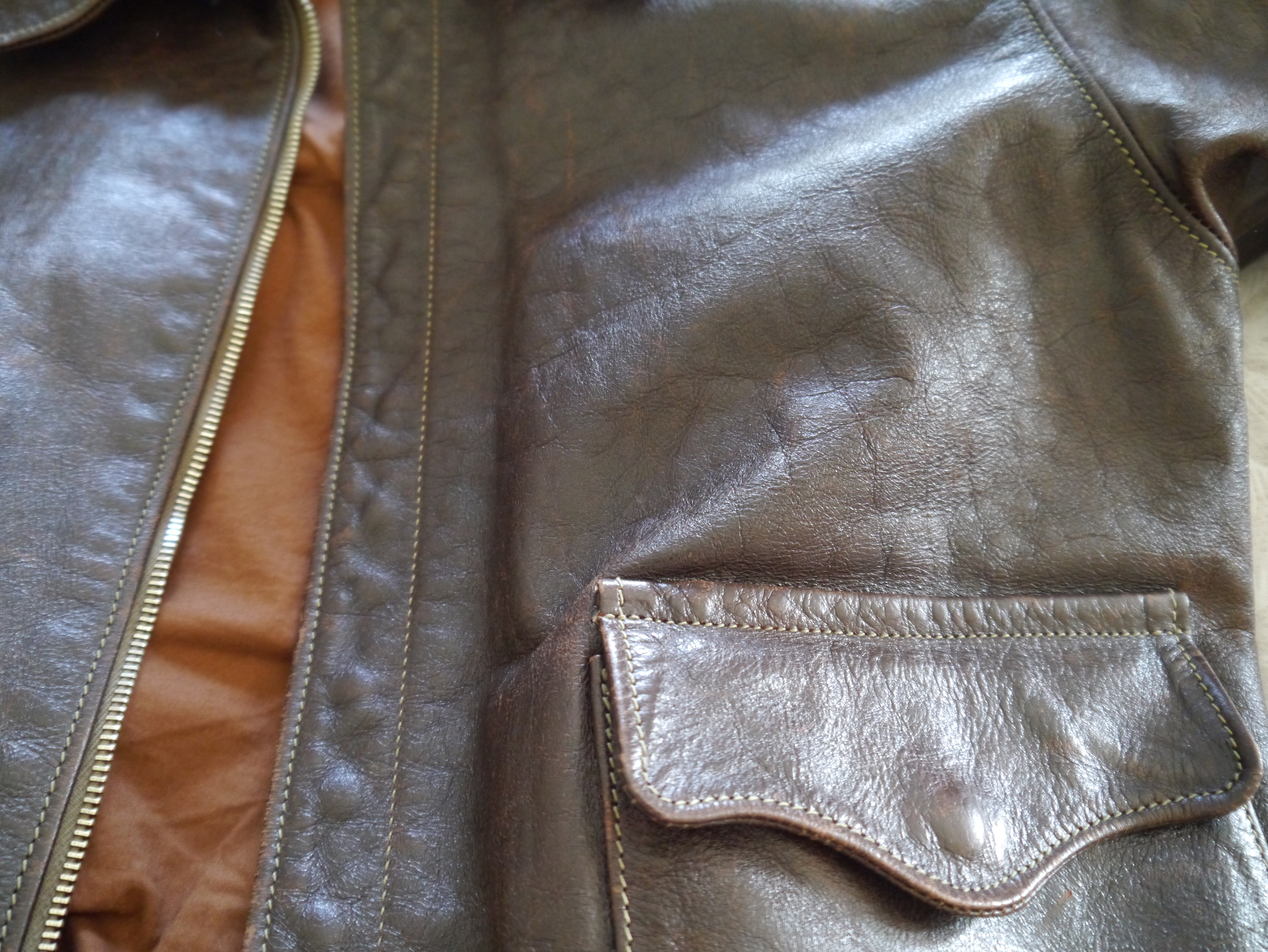 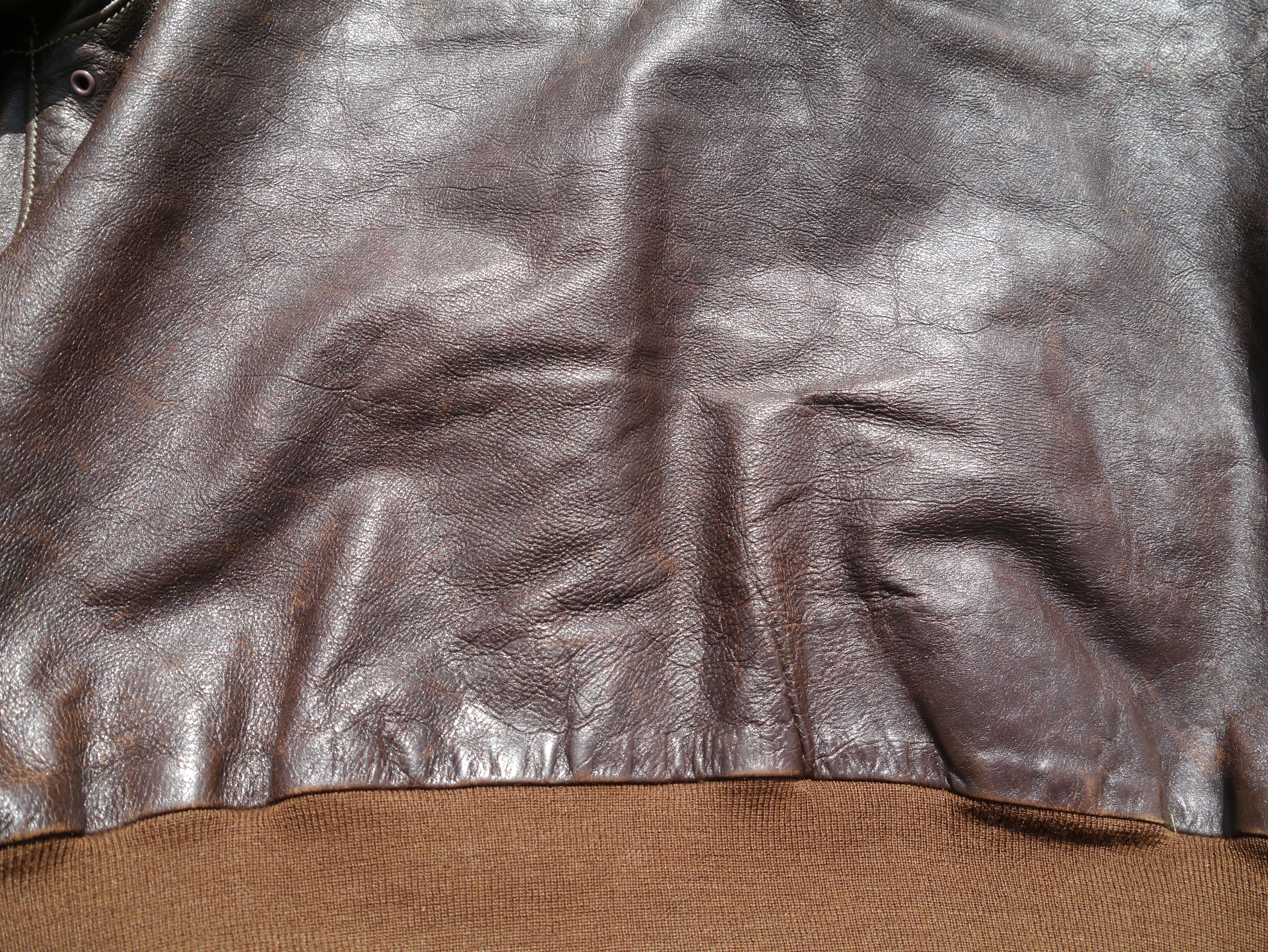 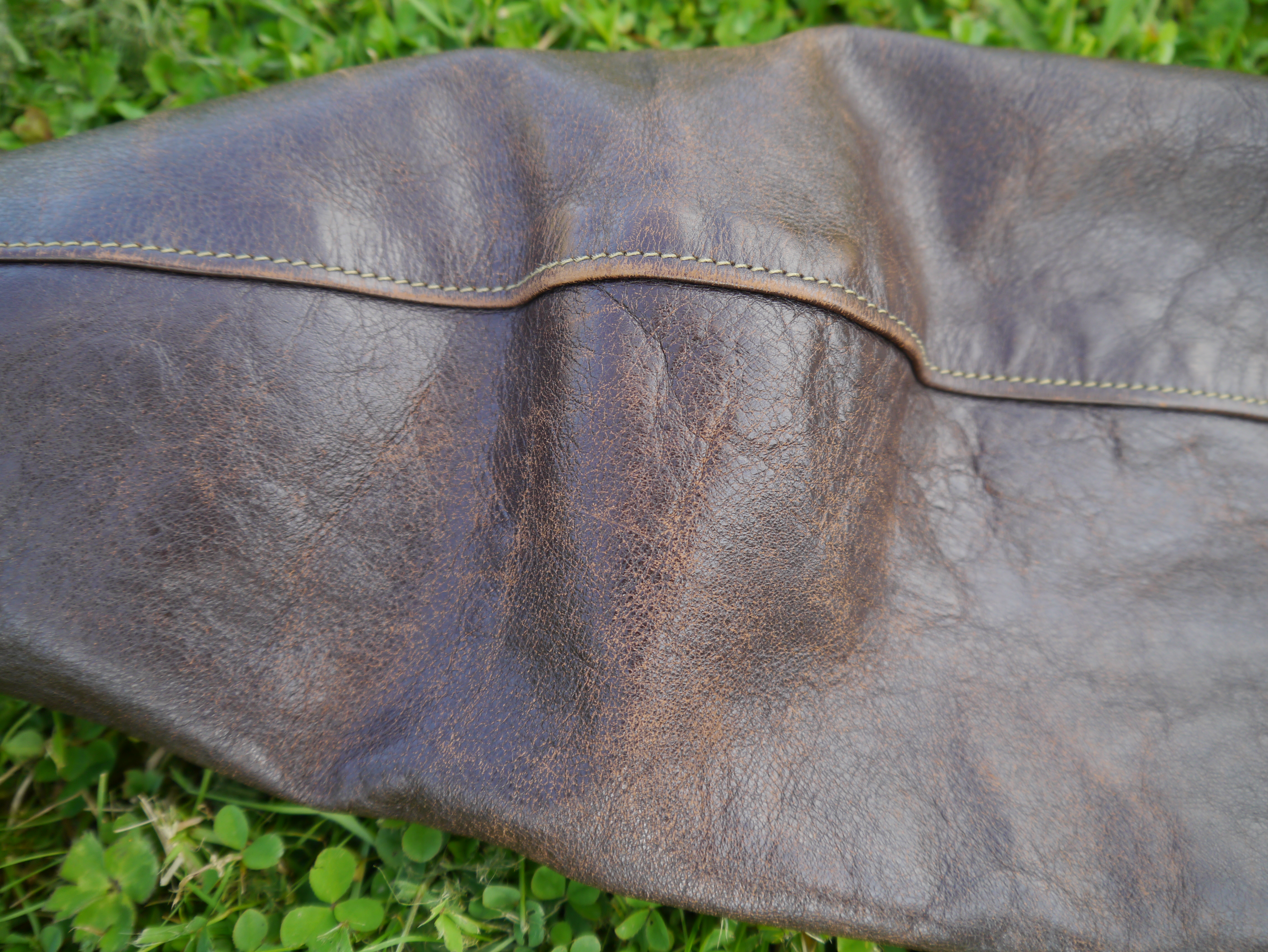 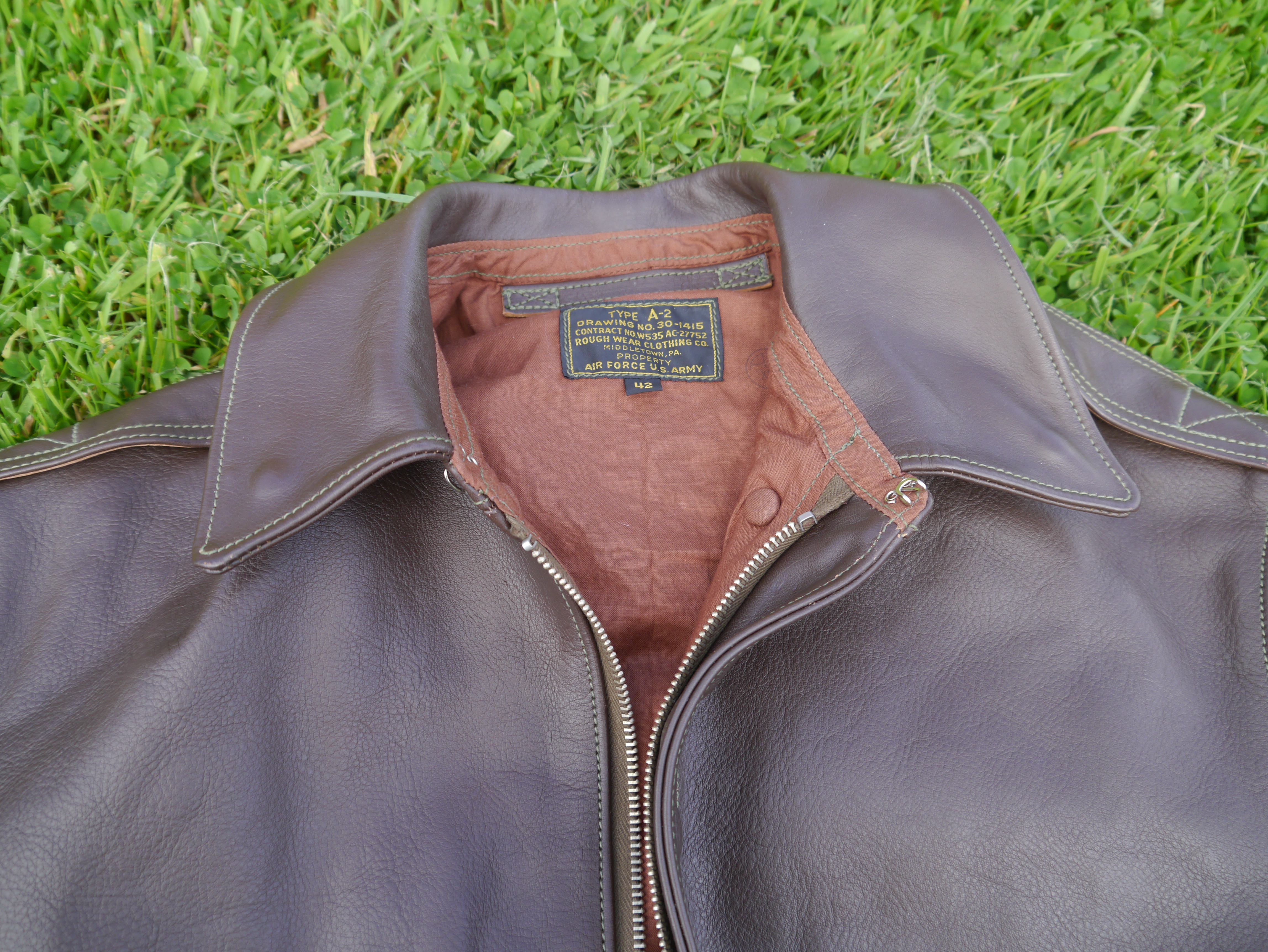 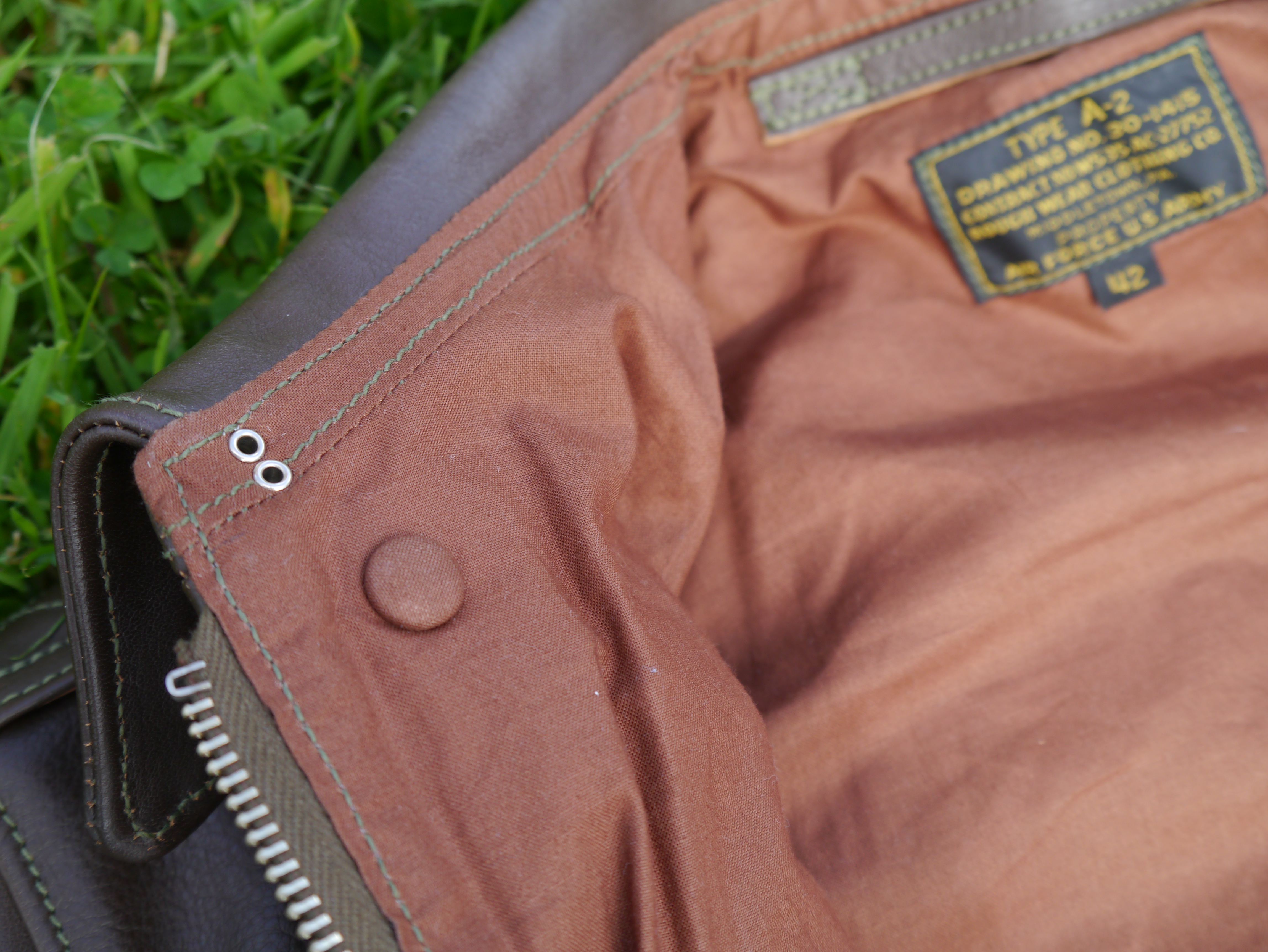 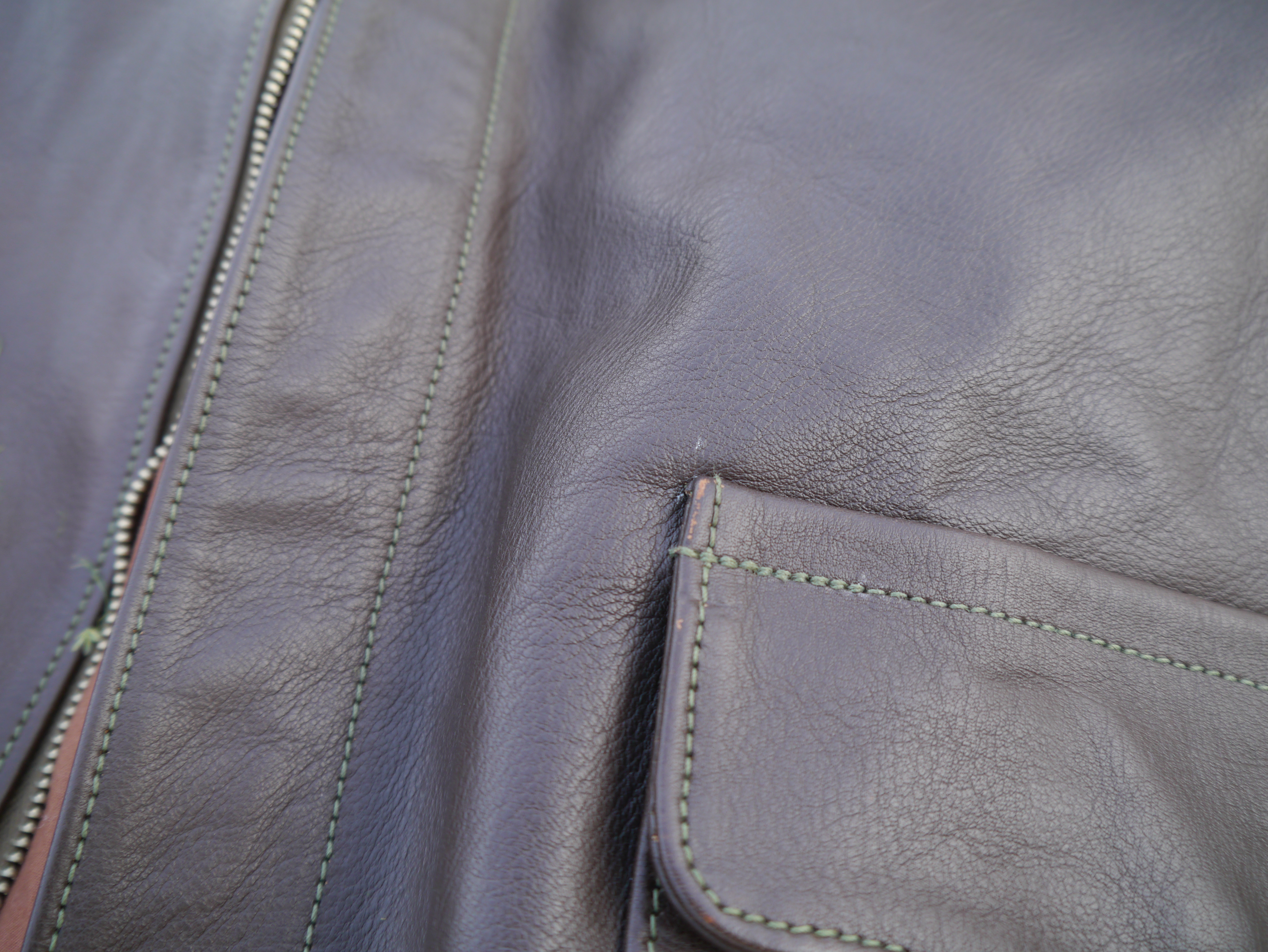 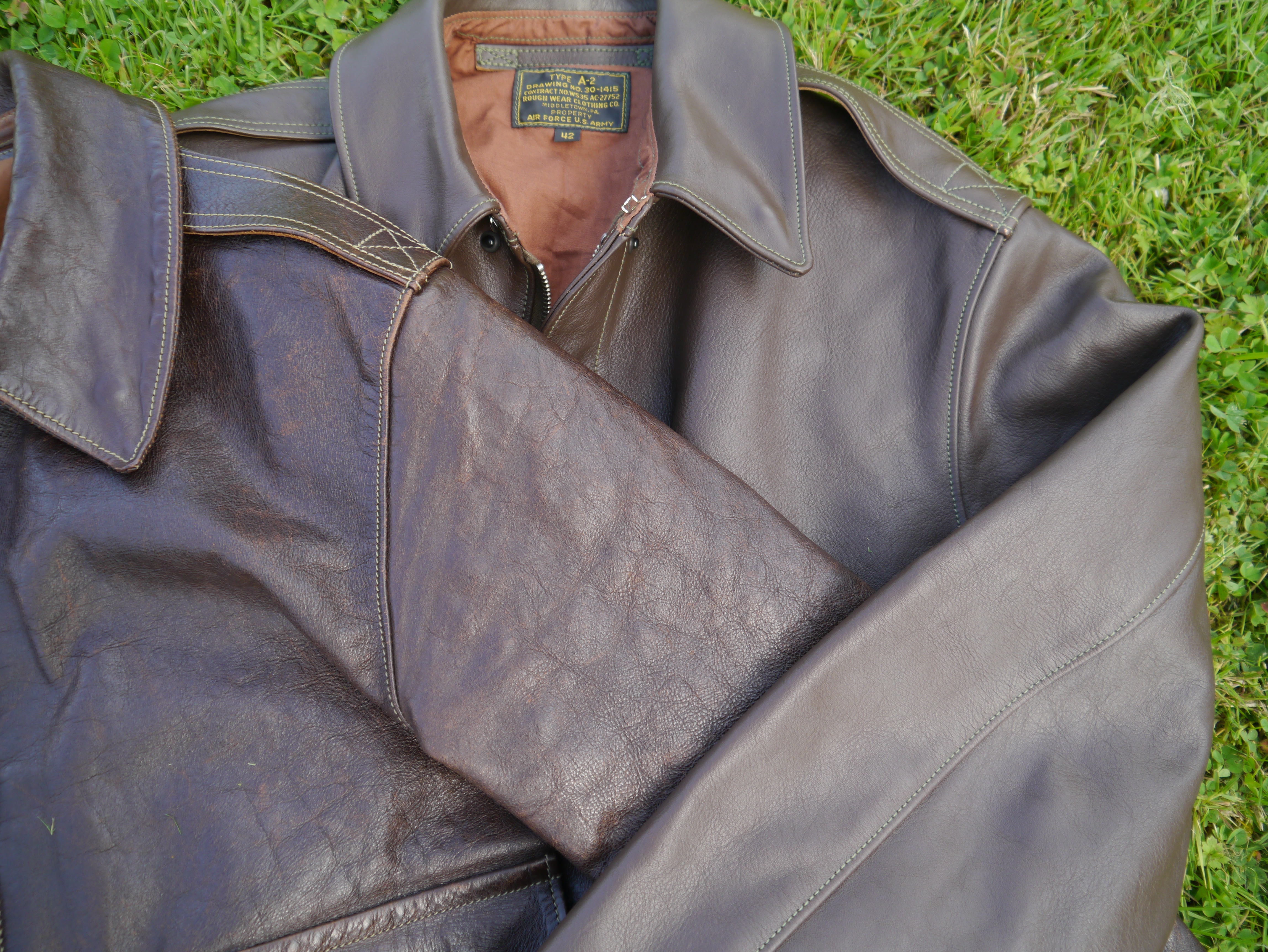 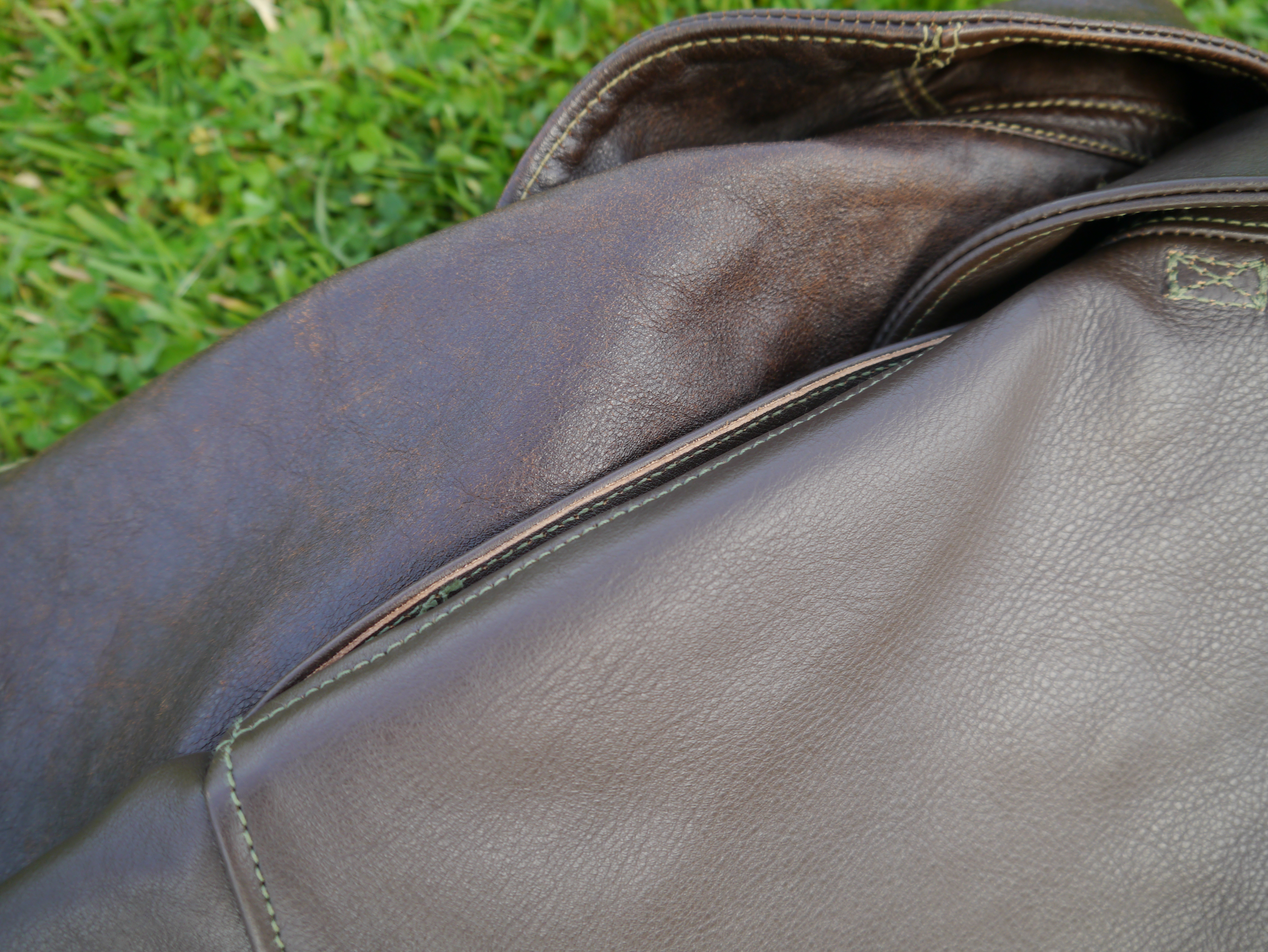 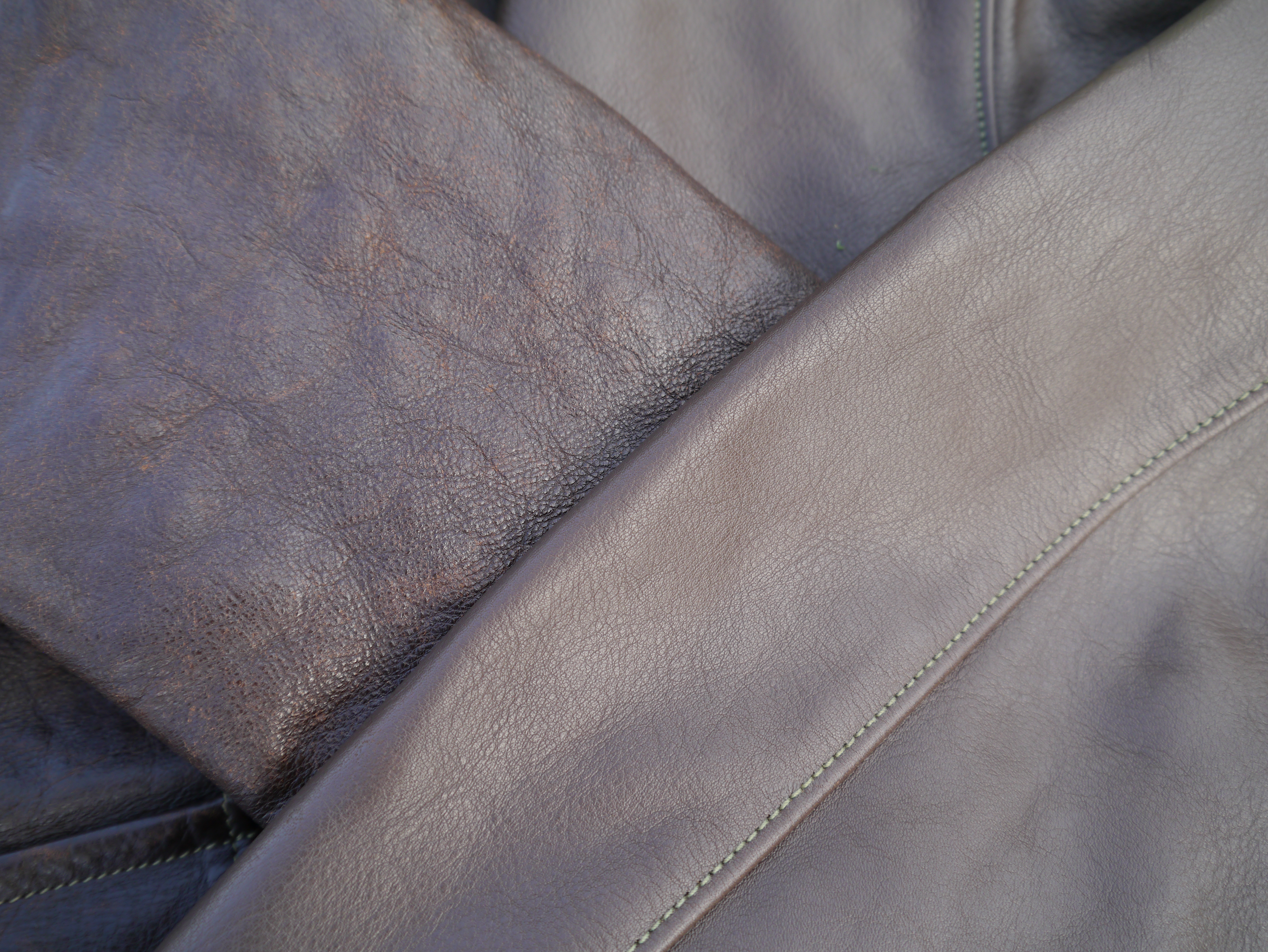 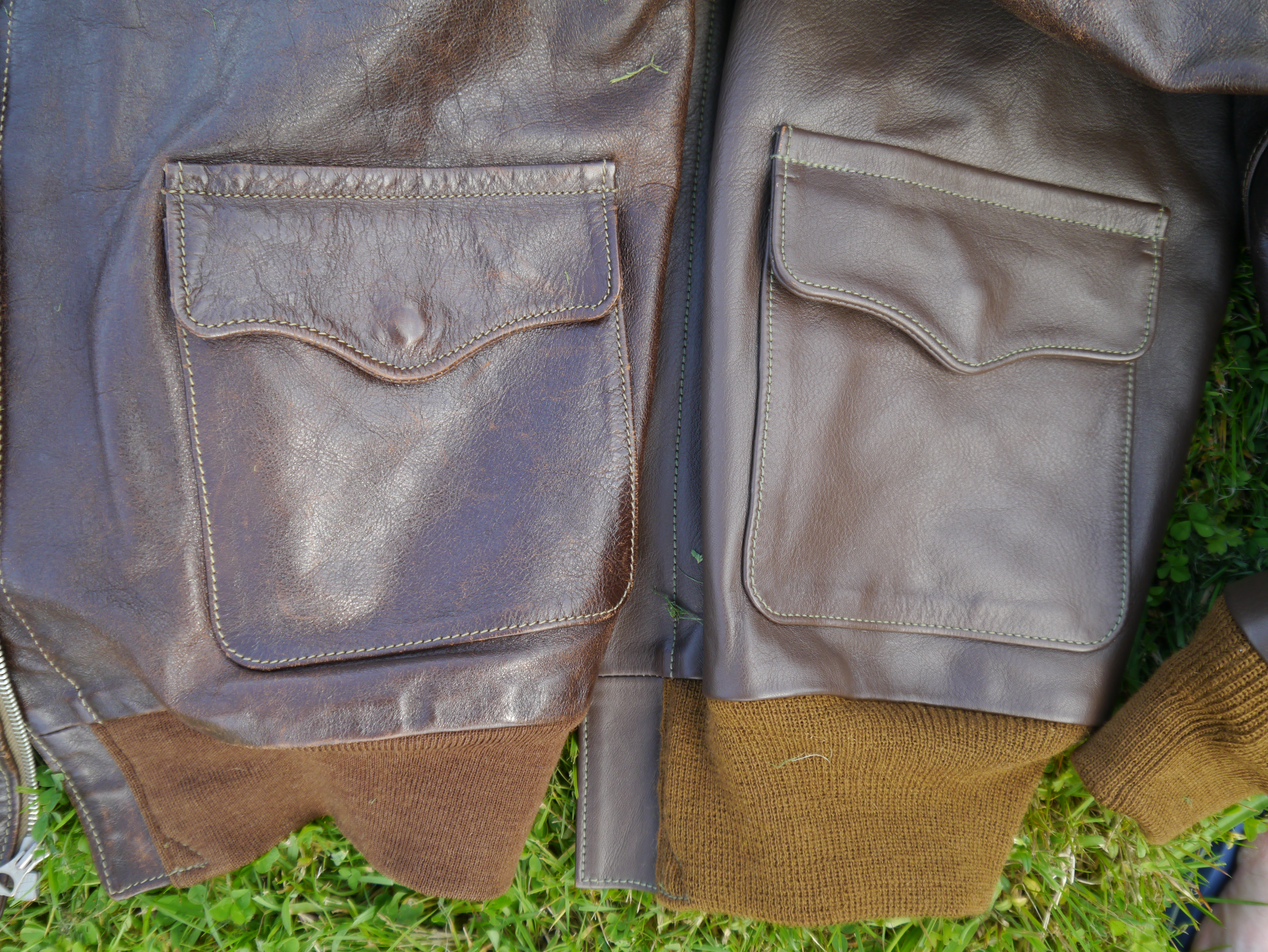 Both look great to my eye. What you have on your ELC is hardly “patina” though.
That’s just wear. Still looks great but not patina.
Think of an old sofa covered in good leather. Or an old table polished many years. The darker areas that come from handling and repeated oils both natural and added. That’s patina.
Patina won’t be the lighter areas on leather ever. Nice to see both of your jackets, I would still go for the Eastman.
Do you have any pics of them being worn?

Great comparison! They both look like stellar jackets, although as you pointed out, at this point BK is more bang for your buck.

I’ve wondered why ELC keeps using those thin knits? Is it more accurate, or do they just want their knits to look like old, frayed originals in five years?

that Eastman is looking great! your break in period really gave it the final look that it needed to make it seem like an original at quick glance. my ELC Star is getting really close to looking like that now. had it for 2 years as well but only get to wear it for about 5 months out of the year.

"The Eastman has some wonky stitching to the collar but otherwise spot on. It had character straight out of the box."

The ELC knits are not accurate to originals in longevity. No originals I have seen have knits that end up looking like ones ELC use. It is weird for how much they charge to have knits that go tits up with any hard wear.
Here is my ELC monarch Those ELC knits really let them down, so thin, so fragile.

Micawber said:
Those ELC knits really let them down, so thin, so fragile.
Click to expand...

And the wrong shape too! They don't taper inward like they should, even on new ones.
O

I’d still rather have your Monarch than any BK. Knits right or not.

jeremiah said:
The ELC knits are not accurate to originals in longevity. No originals I have seen have knits that end up looking like ones ELC use. It is weird for how much they charge to have knits that go tits up with any hard wear.
Here is my ELC monarch
Click to expand...

Wool Knits are one of the hardest things to track down as a jacket maker. They are literally a thing of the past and deemed obsolete to mainstream companies outside of the reproduction market. Everyone nowadays uses polyester, acrylic, or a acrylic / Wool blend for knits. None of the large fabric suppliers have them so repro makers have very few choices of vendors to order from. Either you have to go with a limited number of specialty vendors, or you can contract a mill to have them specially made for you.

I believe that is the route Eastman took and has them specially milled for them. They are different than the other knits I have seen available so this makes the most sense to me. It would be cheaper in the long run but would take a big investment up front. If it is anything like the specialty vendors I deal with, it would be quite an endeavor to get it right. Once you find a mill that can get the material you need, you would have to get the dye right, the size, the weave style, and the thickness and rigidity.

Getting all that right would most likely take multiple test runs which would be costly. Then you have to decide how far you want to push the small details like thickness and elasticity. At some point you may have to make some compromise on some aspect. If the vendor can't do exactly what you want but is closer then you can come with the other vendors you can find, maybe you have to go with the one that is 90% of what you want.

Just a possible reason I can think of from my perspective for having knits that are not as durable or thick as other companies. I am not knocking Eastman. I think they have excellent jackets and I believe they are one of most relevant out of the forefathers of the industry.

Bill Kelso has great knits. I can say this with confidence because we use the same supplier. Those knits on the OPs jacket are what we use for our Medium Brown color. They are one of my favorite shades of brown knits.

Wear that BK in for a few months, then compare (if you still have the ELC )... It will look superb.

I agree Brett. From the liberty hide I have seen it will look over time even better than warhorse I think.