Ken at Aero Leather said:
Nice looking B-3 but are you happy with the zipper?
Click to expand...

Yes very happy thanks, works a treat just a little raspy. I think this is quite an old jacket, the tape is wavy but it has no issues.

Takes three machines, that why we have such a long waiting list for these, the space needed for one Shearling machinist could be filled by three regular machines

John Lever said:
Yes very happy thanks, works a treat just a little raspy. I think this is quite an old jacket, the tape is wavy but it has no issues.
Click to expand...

This zipper and a whole batch of Crown zippers being used at this moment have been badly dyed, either at the wrong temperature or dried badly so the tape has shrunk.

We bought two palets of vintage deastock zippers about 25 years ago, mostly beige and white ...........it took a few tests to work out how to dye them without shrinking the tape
We never found a way to dye the Crown zippers without shrinkage, no problems with Talon and this is the first Conmar I've seen with this issue

Doesn't affect how it operates so no worries here. 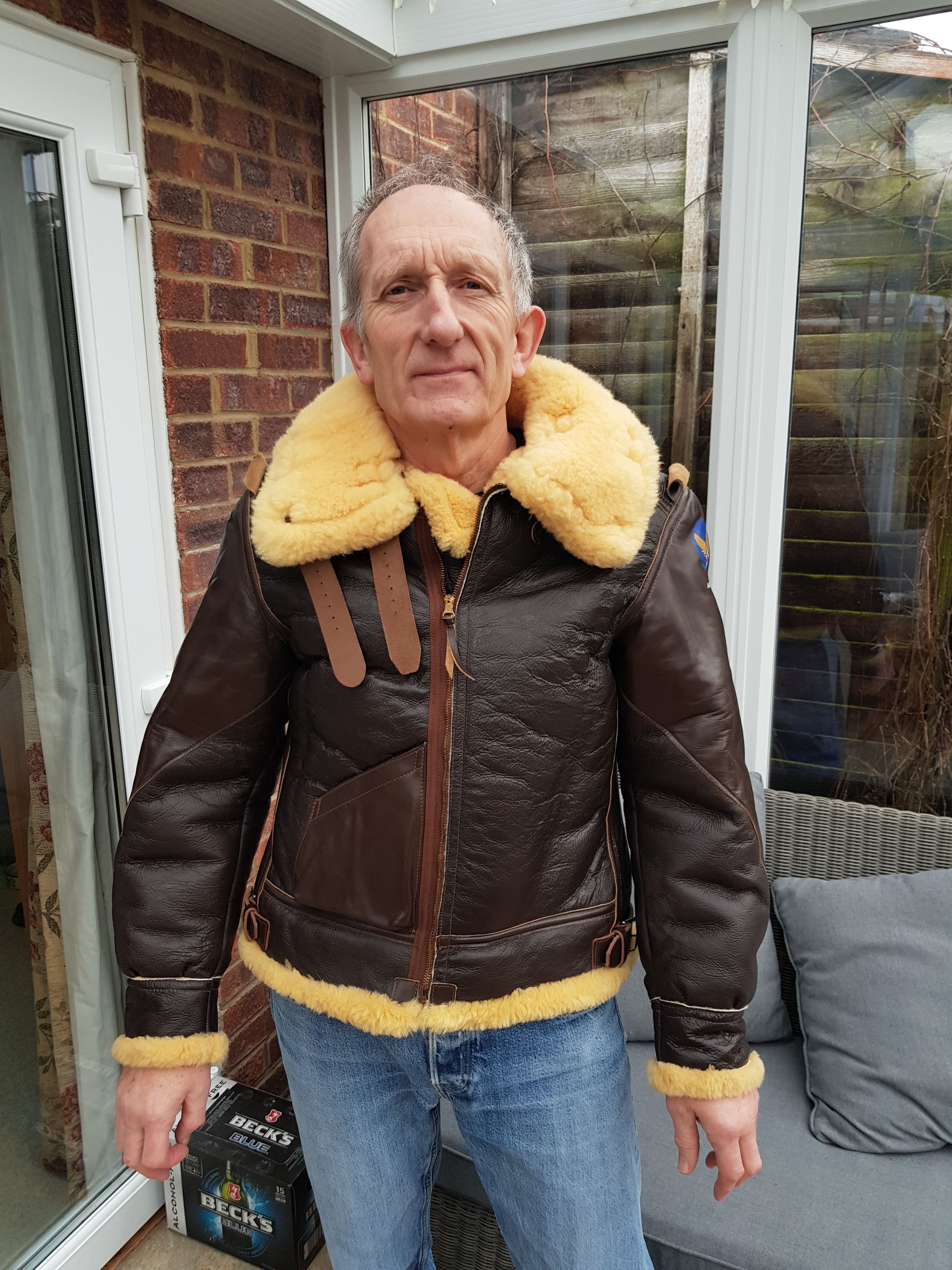 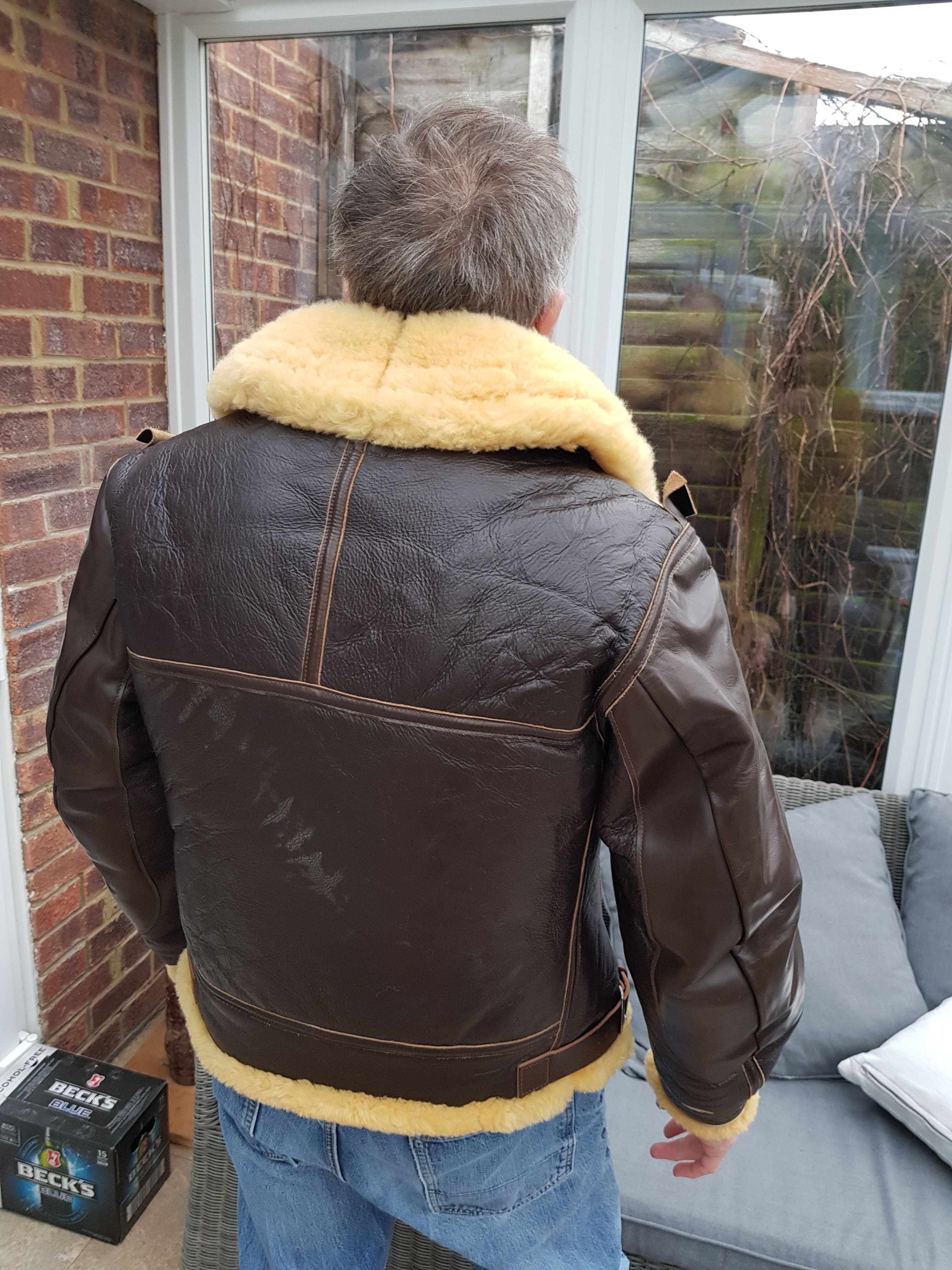 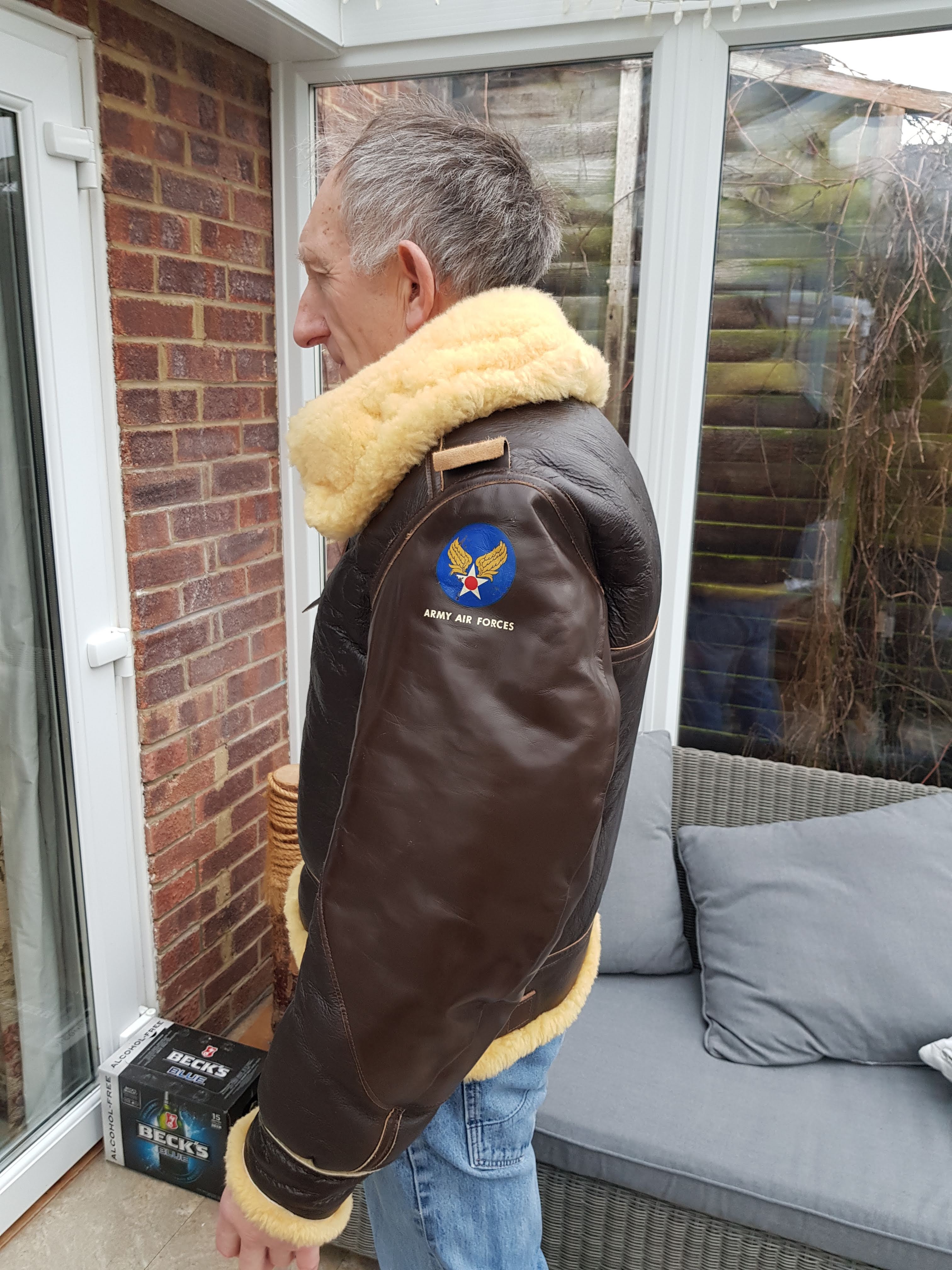 No..true! It burst open and will not function now at all.
NOS Talon already on its way from MASH to be fitted by the incomparable Greg.
When it is all sorted I will decide what to do with it, but I think my Yahoo days are over at least for 2021.

The kinks don't help it, never mind the appearance
Sounds like you might just need a Conmar slider however. General Rule when these burst open it's 80% certain the slider is at fault, 19% user fault, 1% the teeth evben kinked one like this
We could send you a repro Conmar slider, works 100% on vintage Conmar tape

I've said it before, I'll say it again, there's not a fag paper between Greg & Tony, apparently there hasn't been since the day they both turned up at Heriot Watt......I had that from Bertie who was ahead of them at HW and trained them both at Aero
Last edited: Jan 4, 2021

Ken,
Would pinching the slider work ?

The zip looks very old I think it might be WW2

Please say what’s the tire mark on the back ?

Please say what’s the tire mark on the back ?
Click to expand...

There are a couple if small storage marks on the acrylic. Not worried about them I think I can colour them out easily.
There was a slight dust mark on the collar suggesting it is quite an old piece, I guess pre McCoys split. 1990's?
W