917_k said:
The chest pockets with cuffs are superb, very clever idea. I need to get mine fixed (it’s missing a load of buttons), because I’d wear it a whole lot more. It’s by far one of the best jackets I own. Warm, packed full of pockets and looks awesome.
Click to expand...

Almost the USN's answer to the Barbour Bedale with those chest pockets and lower bellow pockets.

Well it turned up his morning-ordered on the 8th, so just under two weeks, which I thought was pretty good. No customs fees. No fancy ELC-style packaging, just a Bronson-logo’d ziplock bag, but I’m not paying ELC prices. As mentioned, I haven’t ordered from Bronson before.
I am delighted with it. I saw the AL-1 in ’Suit up!’ many years ago, and it always intrigued me, as you seldom hear much about them, unlike the N-1, which seems to be entering the mainstream, with all sorts of high street and surf companies doing a version. The AL-1 always seemed a very practical jacket, although a long way from the conventional image of a flying jacket.
Going by Bronson’s size guide, I went for the XL, which they call a 42. I am a 44 these days (I put it down to lots of press-ups, not eating all manner of crap during lockdown), but the measurements stated a 48” chest, which equates with my Aero Highwayman, which fits me well. Glad I did, because I think it fits pretty much bang on-room for a bit of layering, and I think a size bigger would have been huge.
Love the design-a double-breasted field jacket style with an offset zip and button wind flap which goes right up to the throat, plus a collar tab as well. Four front pockets-the upper hand warmers having internal wrist knits which is a brilliant idea-and a big zipped internal pocket, G-1 style. The warm lining would have been alpaca originally, Bronson use a wool/polyester mix which feels good and is probably less itchy.
The zips are marked Talon and look like a pretty good representation of the dull grey metal zips popular in the 40’s and 50’s-they stand up pretty well against the zips on Buzz Ricksons I’ve owned. The shell is apparently treated for waterproofing, although it wouldn’t be my first choice of jacket if it was bucketing down, but good if you’re caught out in it. Possibly a bit greener than the pics appear.
No complaints regarding build quality either. Some have had problems with Bronson jackets, poorly stitched buttons and the like, but I can’t see any evidence of anything like that. A point worth noting is that the wrist knits in the chest pockets take up a bit of room.
On the whole, I’m more than pleased with my first Bronson purchase (it’s quite appropriate, because what with the ‘tache and the shaved head, I have picked up the nickname Bronson-referring to the British violent prisoner, not the actor-in some circles). For the money, I thought it was worth a go, and I’m more than pleased that I did. I can see it getting a lot of wear (temperature is, conveniently, forecast to plummet), in circumstances where the B-3 is too heavy but a nice warm jacket is called for. 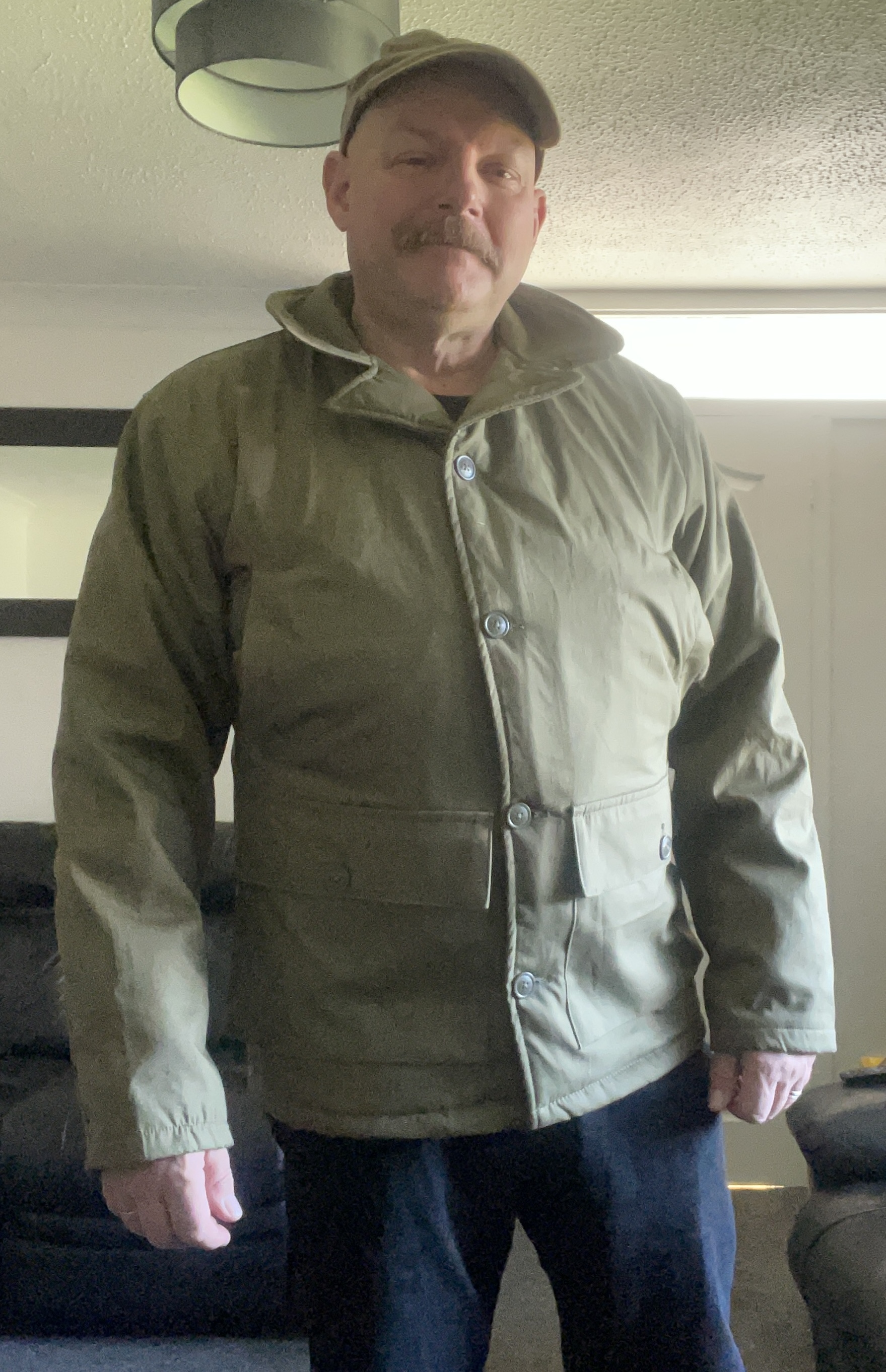 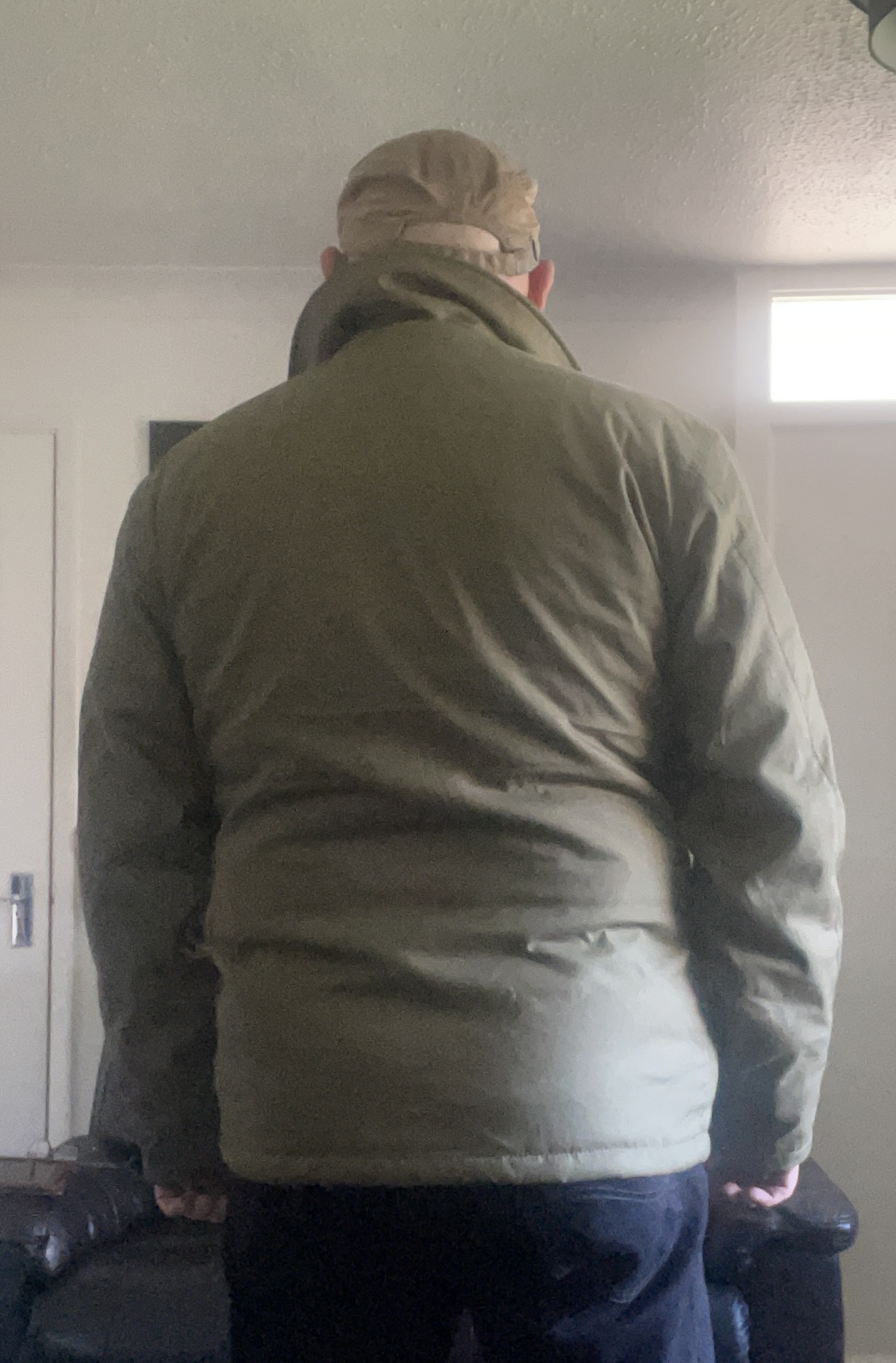 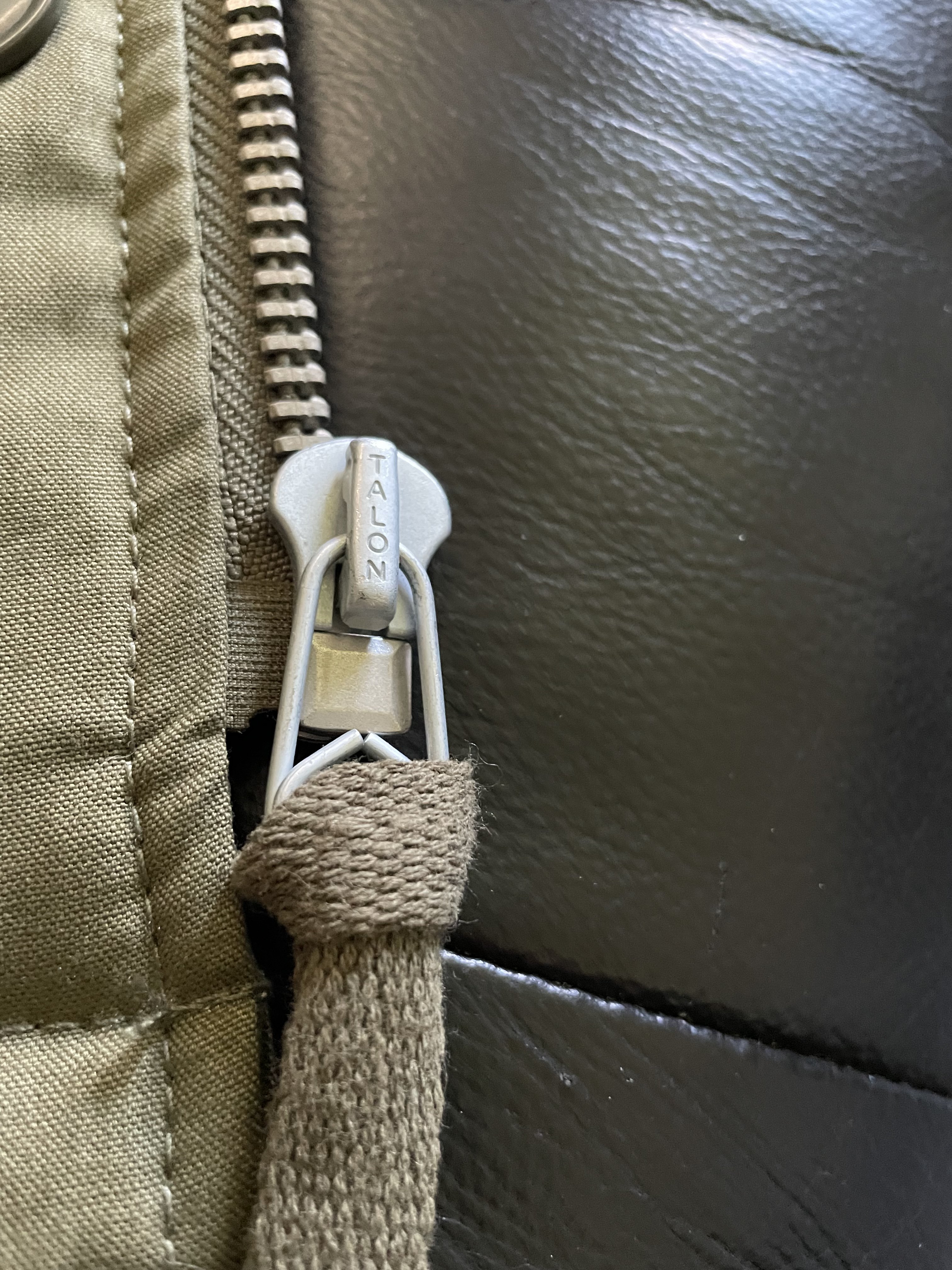 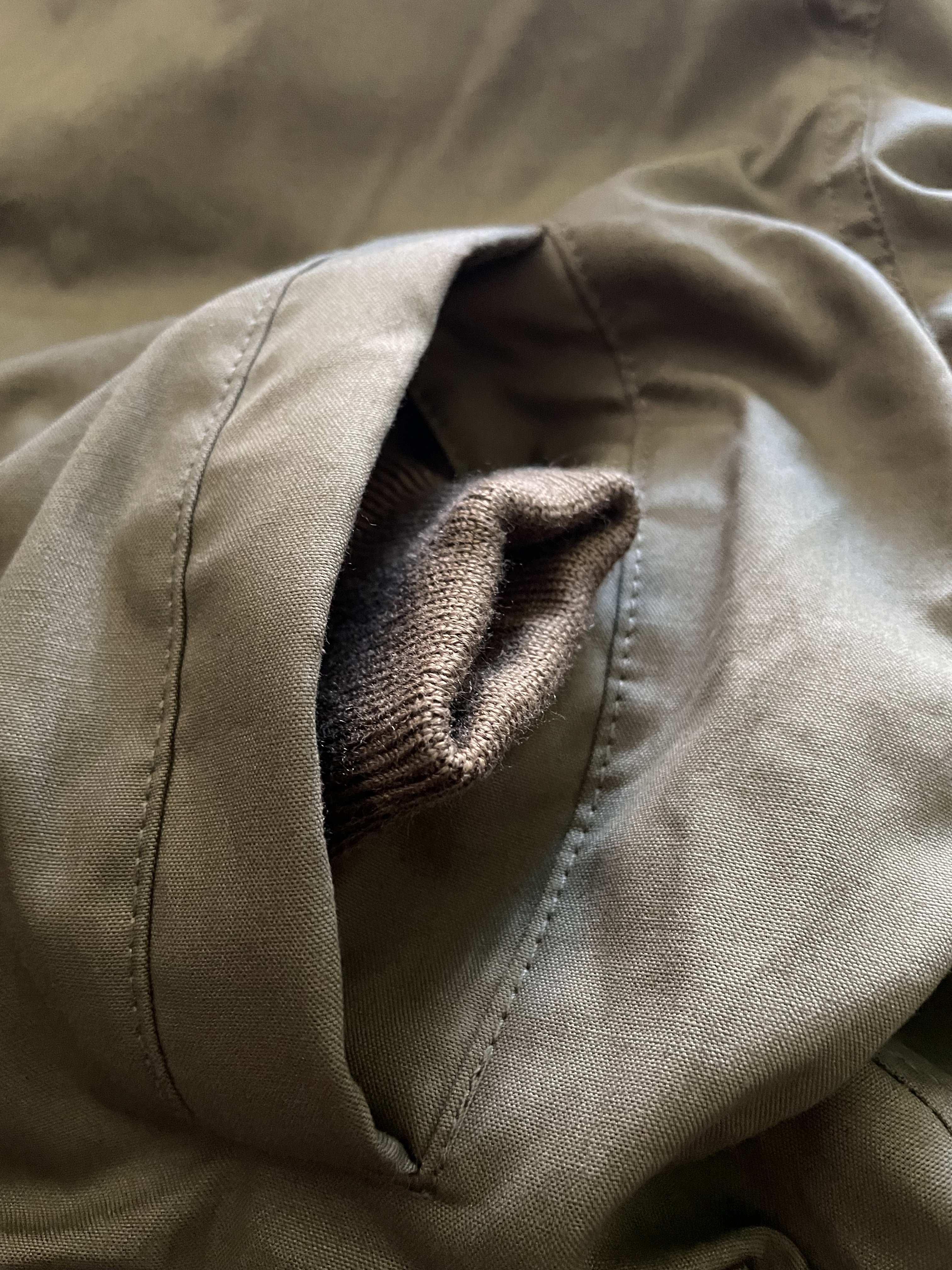