I asked BK/Andy ages ago about their M422/ M422as, they stopped making for a while and were waiting for new goatskin. Seems it arrived.
I had asked about russet A-2 etas weeks ago, no response, but I just received an email with this G&F M422a made with the new goat. I must say, looks tempting and that mouton looks incredible.
btw they told me they are getting back to people, now that they've opened back up and are back in the office will be ramping up production... 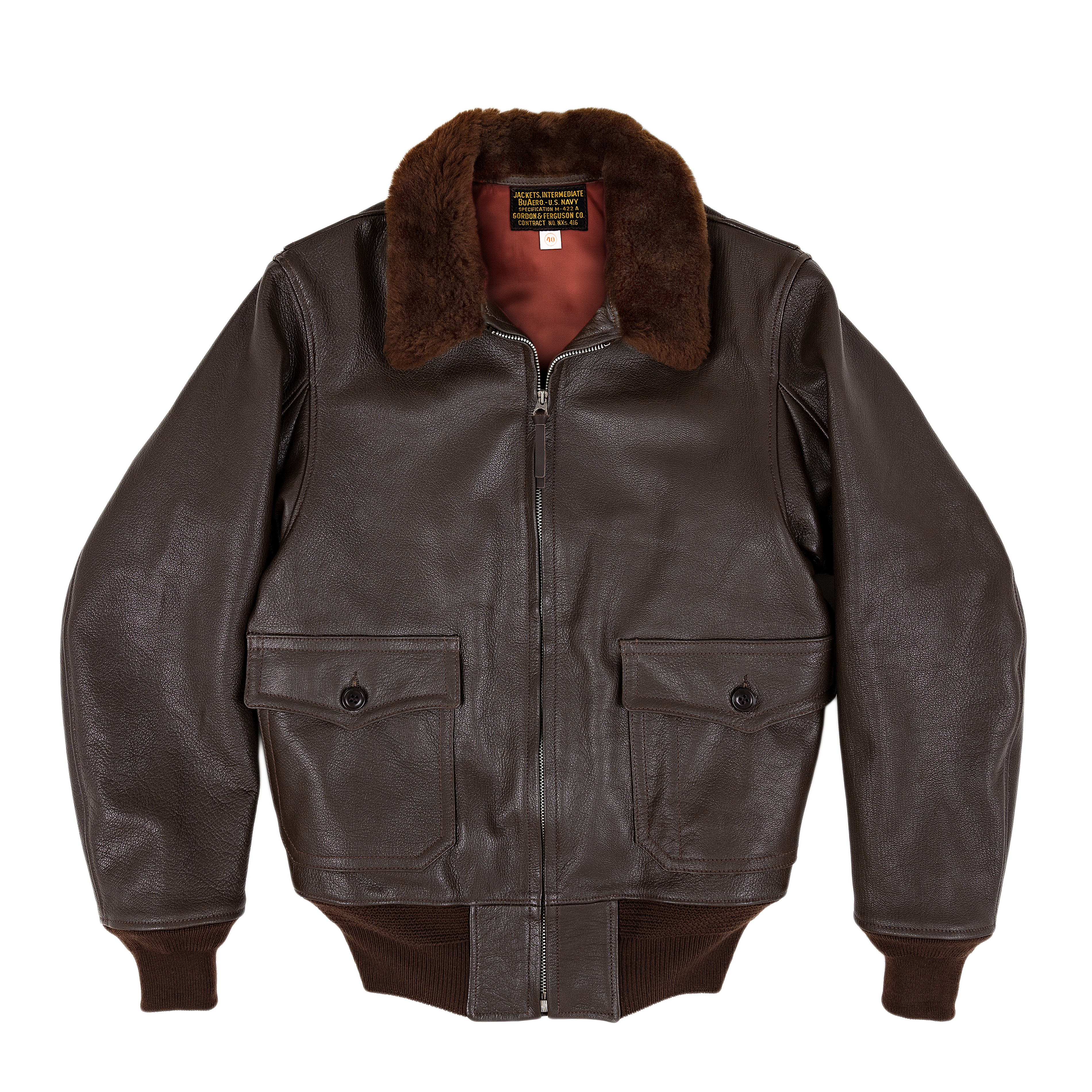 Excellent news Brettafett. Do you reckon the getting going again applies to the "Platon Dubow" division too?

Honestly don't know, just passing on whatever info I get. I see they posted this on FB also. Im very keen on a W&G M422.

What I wonder is, did they then close the entire factory over the last months? Possibly. Likely. I have not followed Greece's lock-down protocols.
But what about working from home, surely one could reply emails... Same for Platon. I just hope they get back to everyone and get jackets out.

I do agree with all your points Brettafett. For me there does come a point where no matter how good a jacket is, or how competitively priced, if you need the patience of a saint and nerves of steel with PayPal or credit card it all becomes a bit too much.

And calling ELC asking when their Dubow without paint will be available and the very nice Buzz Rickson H&L Block M-422a I accidentally came across yesterday just start to look much more better options!

haha, I asked Gary about their Dubow. No plans to release plain versions of the Dubow or RW 23380/ 16159.
Thats said, and its just mo, but I'll take a BK Dubow over ELCs any day. Ive seen that in person twice and its nice, but not as nice as Platon's or BKs. Just humble op

I'd say patience is a virtue.

I am still keen on a russet A-2 from them, maybe Platon (but BK gives me the option of long sizes), so tempting at that price...

Im glad I decided to keep the other Dubow, Ive ordered patches from Sean Collins and am going to patch it up.
Last edited: Jun 12, 2020

Brett, if you're a sz 38 - 42 in USN jackets, I agree it's a better to revamp an original rather than lay out the dough for a reproduction - specially with the talented restorers on the forum.

Grant, its all about getting lucky. if I found an original M422 like yours, even with the shorter sleeves, I'd be all over it!

Thats exactly what Andy said in the email lol

He would! But it does!

The best ever! But it actually does appear so.

Always better to let the pics do the talking rather than open mouth and insert foot. Amazing how many people don't get that simple rule of sales...

So true, and let the guys who actually get them do the raving...

I guess it comes down to who’s going to be the first one to give into the hype and take the leap of faith. Usually one brave soul ventures out into the mine field and once he comes back and tells the rest of us it’s safe ... others will follow

B-Man2 said:
I guess it comes down to who’s going to be the first one to give into the hype and take the leap of faith. Usually one brave soul ventures out into the mine field and once he comes back and tells the rest of us it’s safe ... others will follow
Click to expand...

It's times like this I'm glad I collect AAF. I have a ready-made excuse for not being the first out into the minefield.

I took a look at G-1s and M422s on Yahoo. Not much in larger sizes. I swear the prices of good originals have skyrocketed. You could buy two original G-1s for the price of a repro A-2.... Not any more....

True, I wonder though, with the world currently entering tricky economic times (among other 'tricky' things)... will people still be buying flight jackets, repro or original. I recon for die-hard collectors will always be on the look-out, but I was looking at my wardrobe today and thinking, hell Im lucky I bought these when I did.