A little background ... I always like hedgehogs. Cute smart animal

I am also not big fan of bomber aviation (transport or fighter more), although I respect these fearless guys, of course. But in this case it all came together. Hedgehogs ... bombers

Sometimes I draw patches, this is one of my hobbies. It usually takes an hour on one day off, then an hour on another, and so on until I finally finish the work (sometimes I manage to be at home for a week, but not often).
Not long ago, I found some interesting pics a rather rare WW2 patch belonged to AAF 550th Bomb Squadron.
The patch was not so famous and mass and 550th usually used the other patch (beast with a bomb in fangs). But there was this one, with a hedgehog walking on the clouds and carrying a bomb. The red color of the bomb is not accidental, it is the color code of this squadron.
Only a few originals survived , they were a little different from each other as were all the hand-drawn patches of those years.
I studyied them and did this repro on leather.

Today finished. Here is such a hedgehog (5 inches).

I don't know, maybe one day this hedgehog will find home on one of my flight jackets

Thanks Brett.
In fact, I do not yet have a suitable jacket for this hedgehog now. I really enjoy the search for info, its study and the process of creating a patch, but I didn’t made it for my any exact jacket. This is just an overlay on my other jackets. Perhaps....may be on another B-15 or B-10.
In the meantime, he “lives” on my wall near computer desk next to the engine cowl flap from C-47. There is a lot of time until spring

Dmitry, where do you get your leather? What type of leather is it?

Leather..: a patch maker here in Korea told me, he buys old leather goods as junk...and cuts the leather out of these junk parts...so it looks more antique as soon as the paint gets a bit of patina..and the “old leather” surfaces. He has a shop here in Itaewon/Seoul.
His painting is lousy though...but the idea is OK IMHO...BUT aint no expert...

Brettafett said:
Dmitry, where do you get your leather? What type of leather is it?
Click to expand...

I was lucky - my wife worked some time ago for a company that made leather furniture. One day she bringed home a huge package of different scraps and pieces of natural leather of different colors in the hope that our little daughter may once will use them for needlework. For a long time this package was idle, until a few years ago I began to draw patches after got Art of the Flight Jacket book.
Now it is my package
The leather is different in thickness, mostly a cow. Some pieces with nice grain. Some not.
In fact, it does not matter for patch whether antique leather or not; before drawing on it, it is necessary to prepare the surface, wash off the old paint if it is and degrease, then carefully smooth the leather.
The grain and character patches usually gets after it is sewn to the jacket.
Although some of those that I did, I artificially aged and weathered.

Thats great... Your package now...
I love it very much! I would really like to do some of this myself, at some point in the future.

oh yeah ... just mine personally package Its content enough for all my projects and experiments

Great job my friend.
We definitely have some artistic talent on this forum

Masterpiece! I love the hedgehog and you’ve done an excellent job. Agreed, it looks best on the b15.

I think there may be a Dong with your name on it Perhaps the B-10?

May be...In general, the hedgehog, despite its rarity on the emblems in aviation , is still occasionally found. One of the Russian bomber unit has hedgehog riding on raven on its modern emblem

Brettafett said:
I think there may be a Dong with your name on it Perhaps the B-10?
Click to expand... 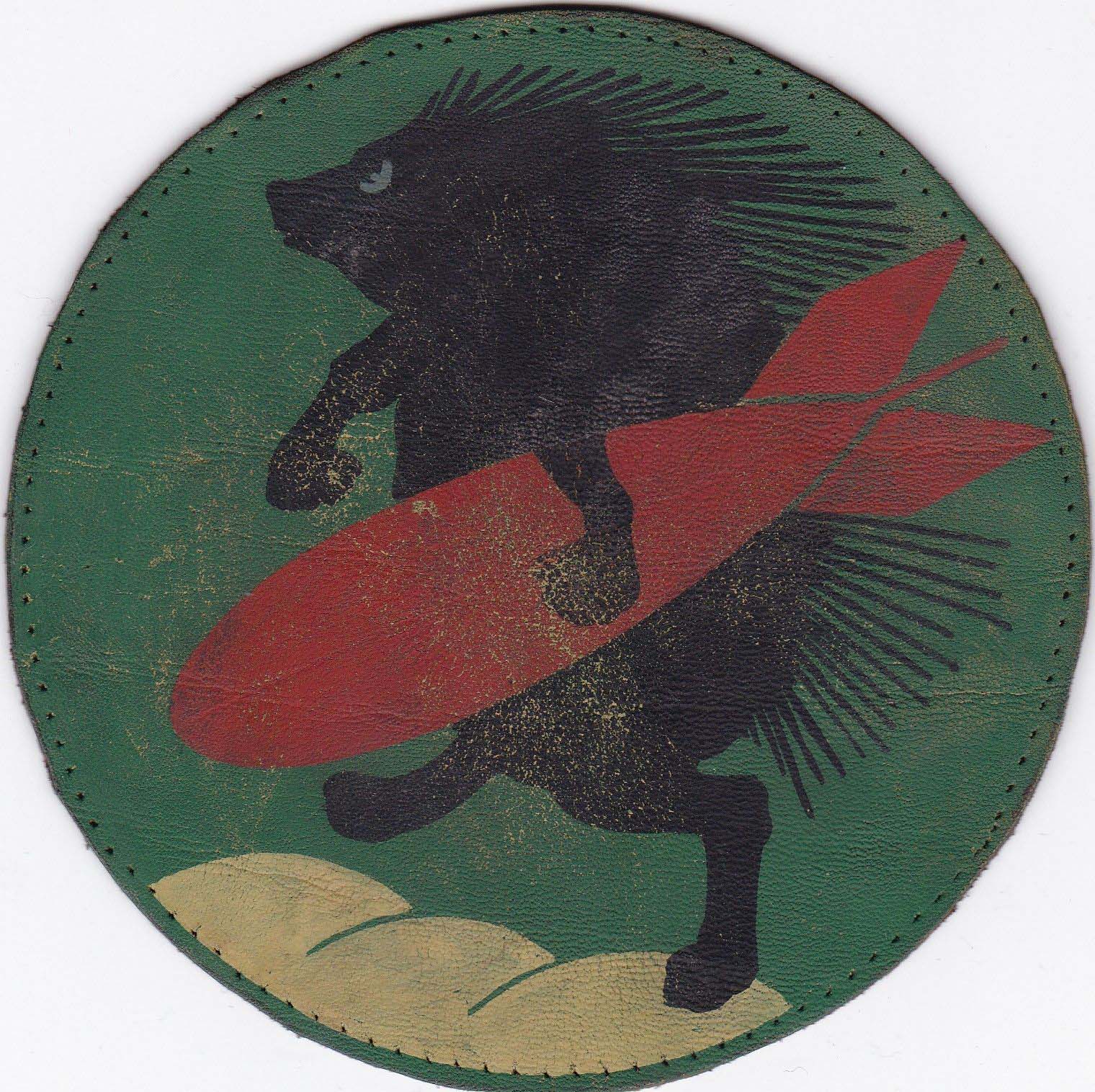