I decided to return to the CBI for the first time in a while and knocked up this 10th CCS patch. I've been putting it off for a while, as I didn't have a clear image of the 'COM CAR' lettering. Anyway I bit the bullet and went for it. I was pleased how straight forward the text turned out to be in the end. Whilst the originals used a stamp, this was done freehand using a couple of rulers as a guide. I was listening to the soundtrack from 'The Name of the Rose' at the time - which seemed appropriate . Just the stitching remains to complete it. As with the original, this patch was made from pebbly goatskin about 0.6mm thick. 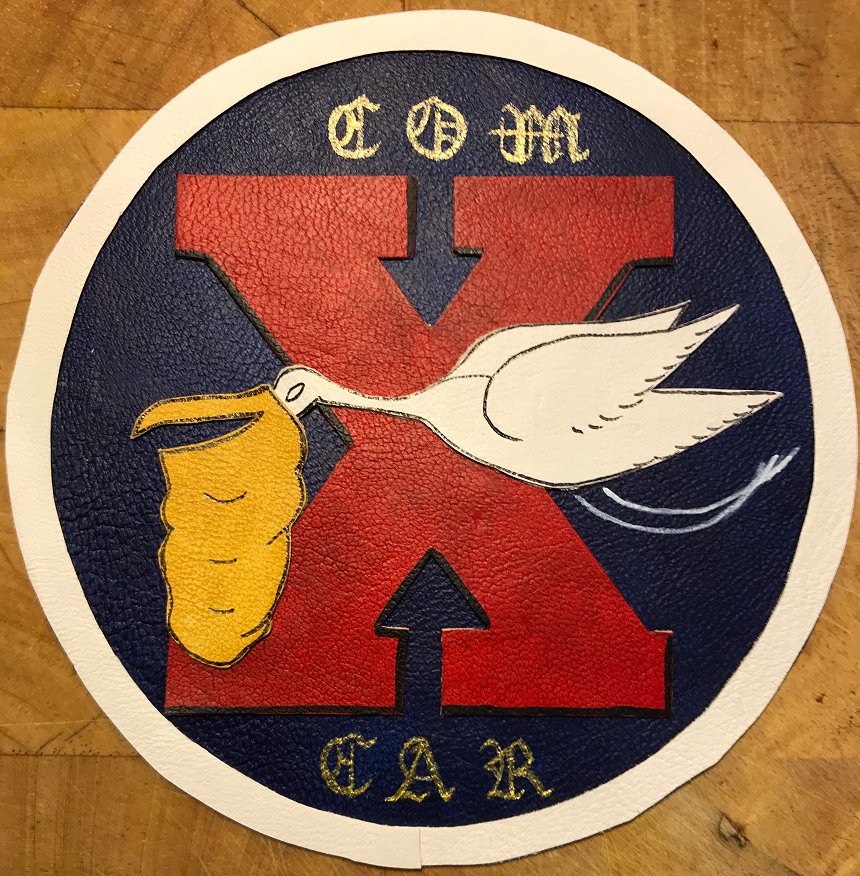 Just noticed I had some asymmetry in the bottom right leg of the 'X', so have subsequently trimmed off 1.5mm from the 'arrow' to even it up.

And the original I used as a template. 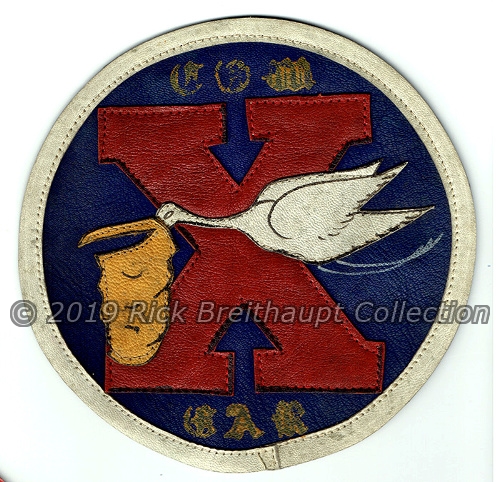 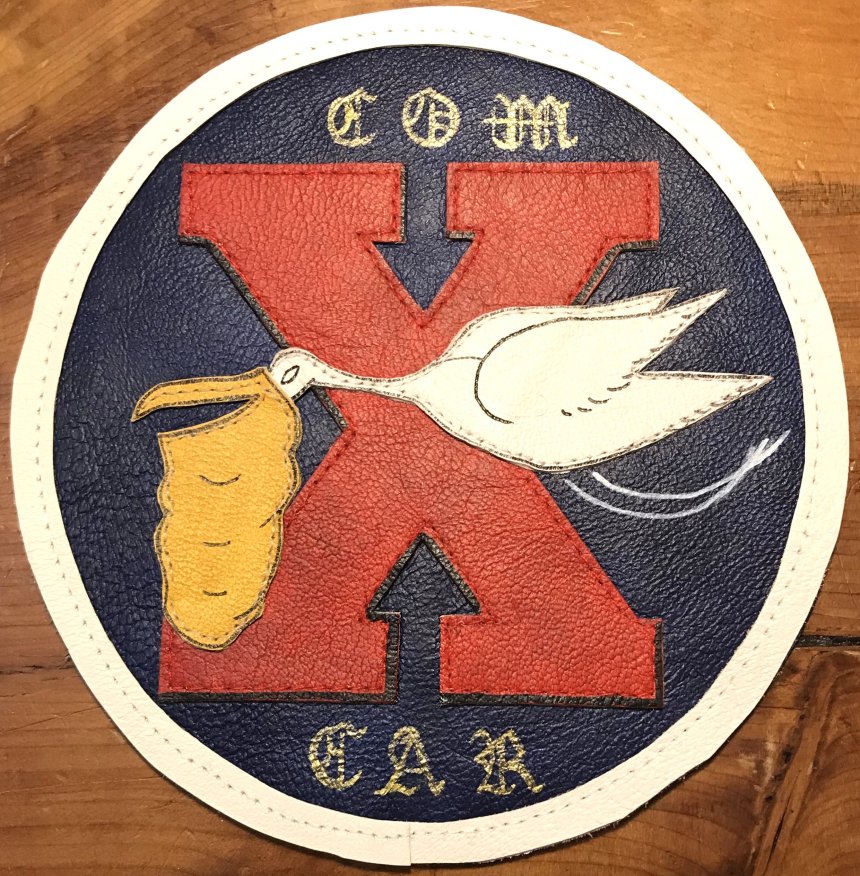